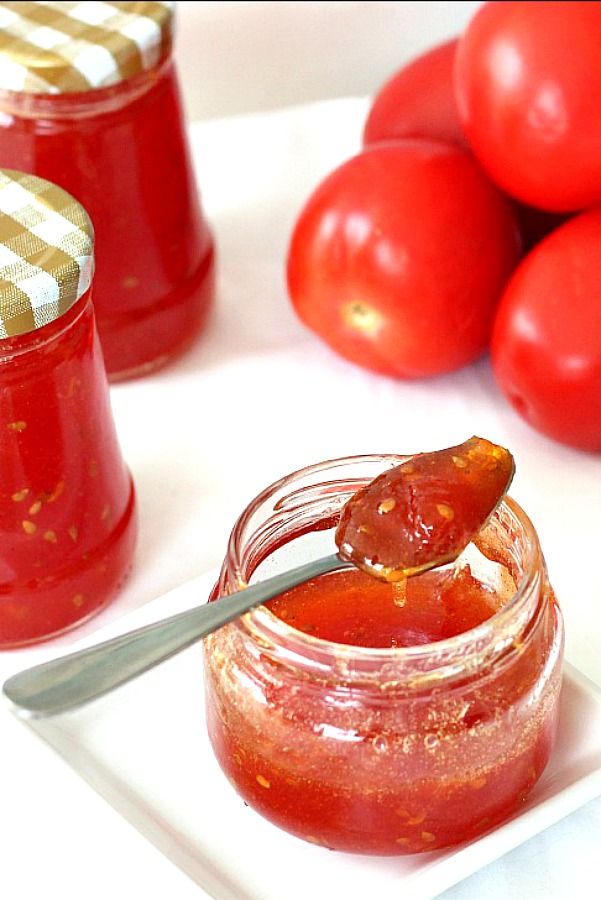 Vintage recipes are really special because they are usually delicious. But more often because they come along with a special story or memory. Grandmom Gaskill’s Tomato Jam is both.
There are  affiliate links in this post. 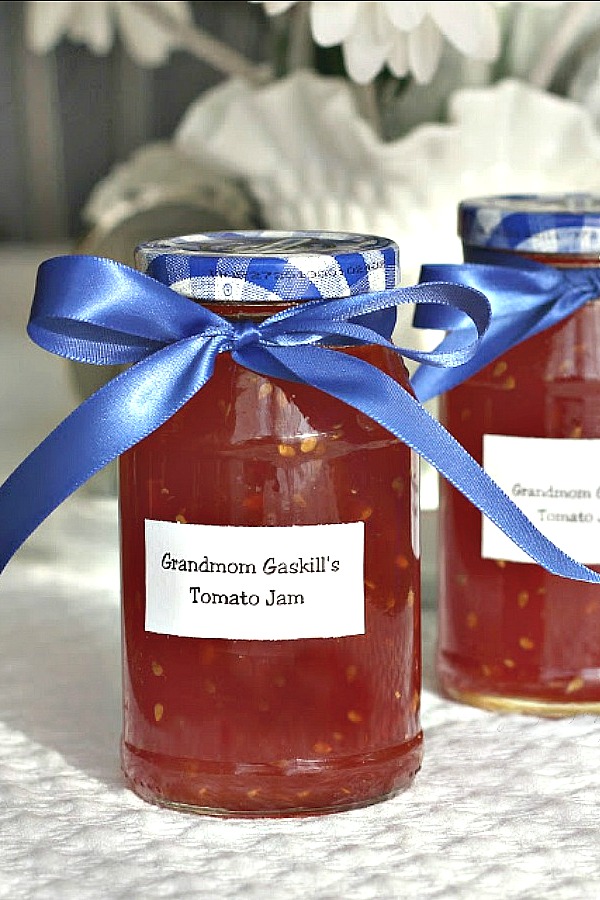 I was so excited to received this email and recipe from my daughters sweet mother-in-law, Jane who is distantly related to my husband through marriage (her aunt was married to my husbands great uncle):
Jane writes…
For years Cousin Eileen tried to get Grandmom Gaskill’s tomato jam recipe. The aunts would tell her, “It’s just tomatoes, sugar and lemon juice”. Well, she died never having the recipe. It was a fond and delicious memory of her grandmother.

My mother dropped one of her magazines and it opened to this recipe.

Anyway, this jam doesn’t taste like tomatoes, but some other fruit. And it is part of your heritage. I plan to make it at some point, but wanted to send this along before it fell off my radar. Cousin Michele has the recipe from my mom now. 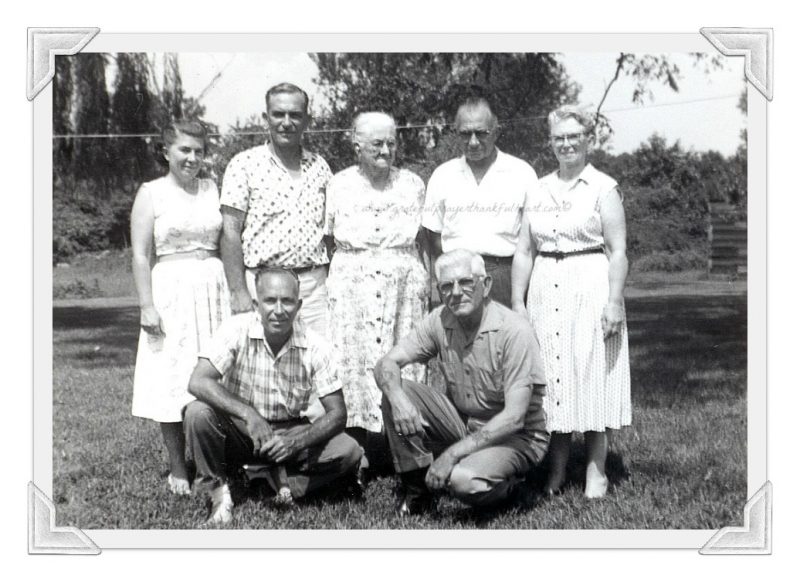 Grandmom is in the center with her six children. 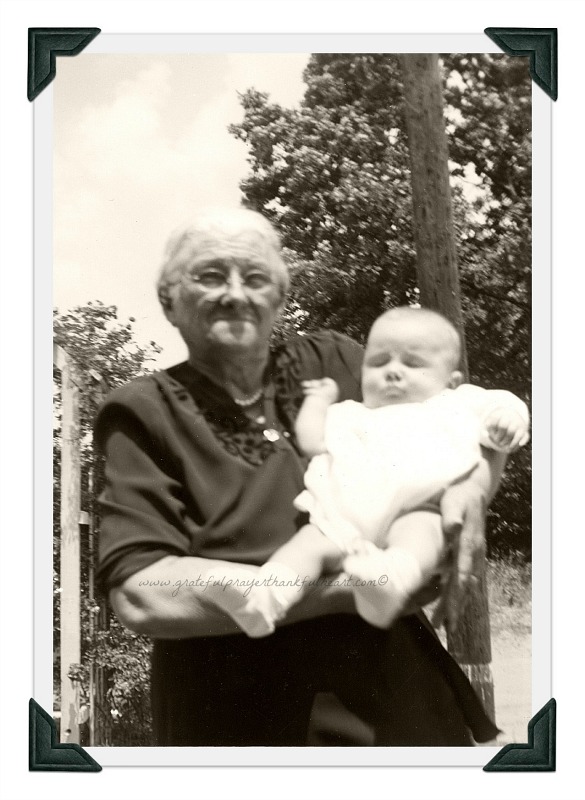 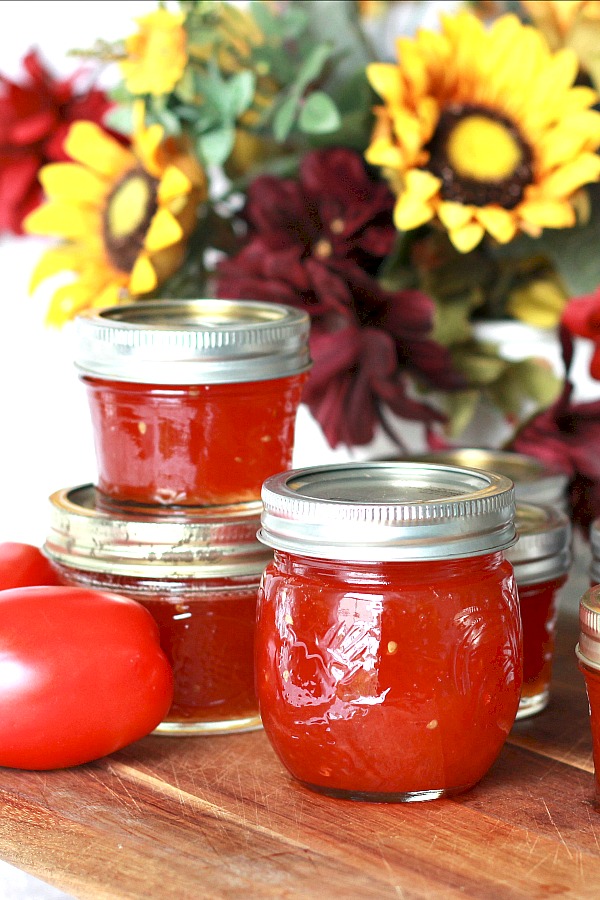 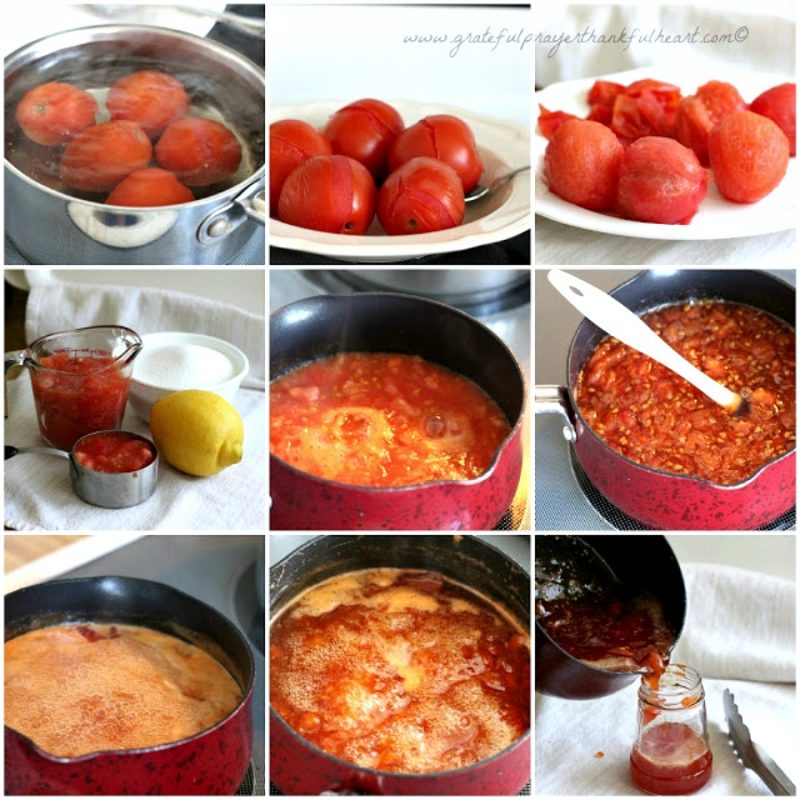 These photos show the steps involved in making the jam. 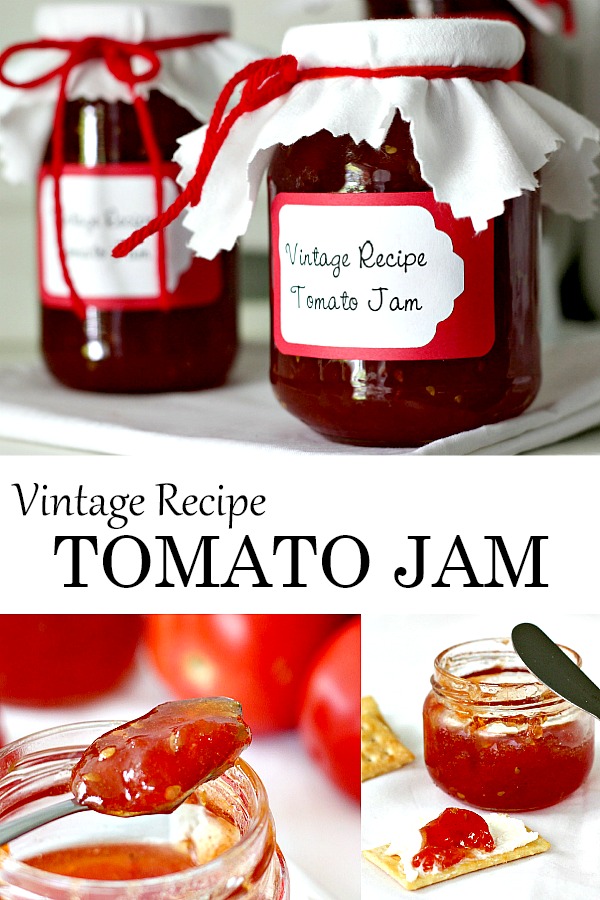 A very simple recipe that is surprisingly delicious! Spread on a cracker with cream cheese and we couldn’t stop eating it! 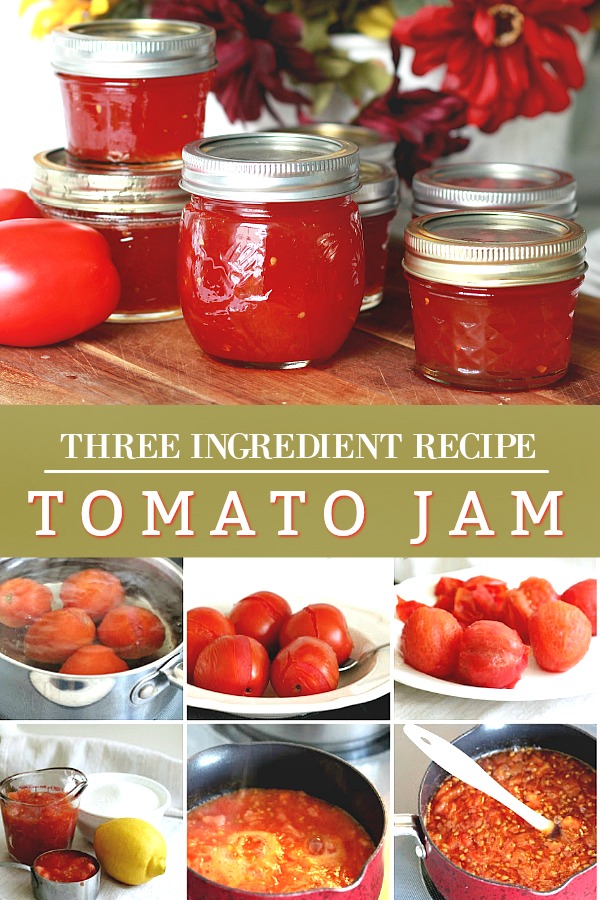 Wash ripened tomatoes (do not use cherry tomatoes) cut out stalks.

Drop into boiling water 1 minute, or just until skin cracks.

Remove from boiling water and allow to cool until able to handle; remove skins and discard.

Chop and mash the tomatoes (or use processor for a few seconds).

Put tomatoes into a large pot and bring to a boil; cook for 15 minutes to reduce liquids.

Add sugar in the amount equal to the tomatoes; stir and blend. Bring Mixture to a full boil; cook, stirring frequently, watching closely that it doesn’t boil over, until it thickens about 1/2 hr. (30-40 minutes)

Just before taking jam off heat add lemon or lime juice. This keeps the sugar from separating from the fruit later on. If you like the taste of cinnamon, add a dash at the same time as the lemon juice. Stir in.

Place in large pot. Pour in enough boiling water to cover the jar tops and bring to a boil.

One by one, in rapid succession they’ll make a popping sound. Jam will thicken as it cools Remember to label and date the jars. Makes 4 pints. 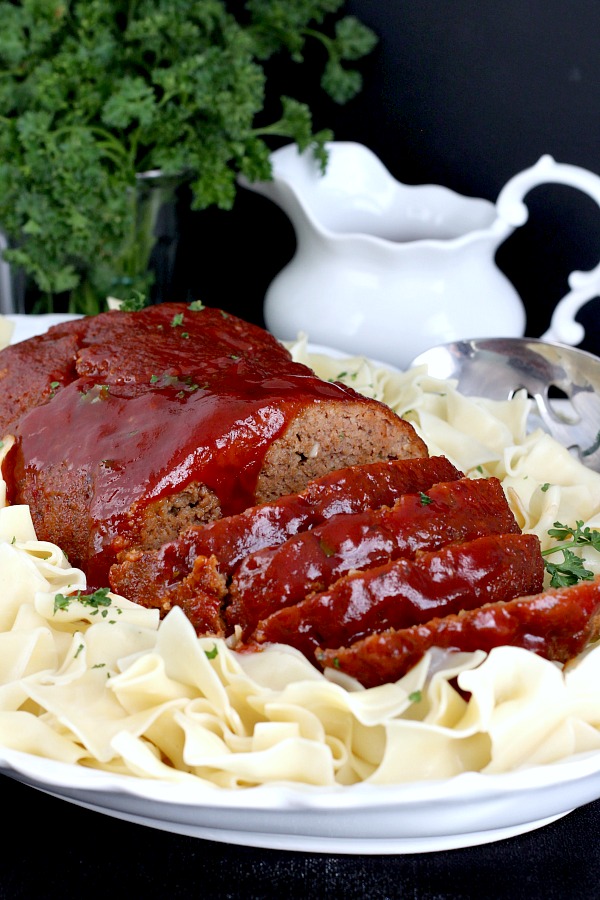 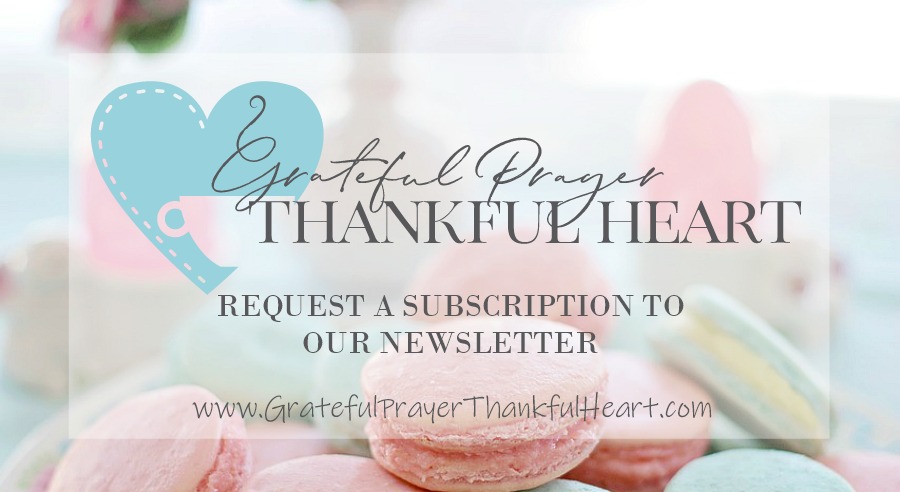