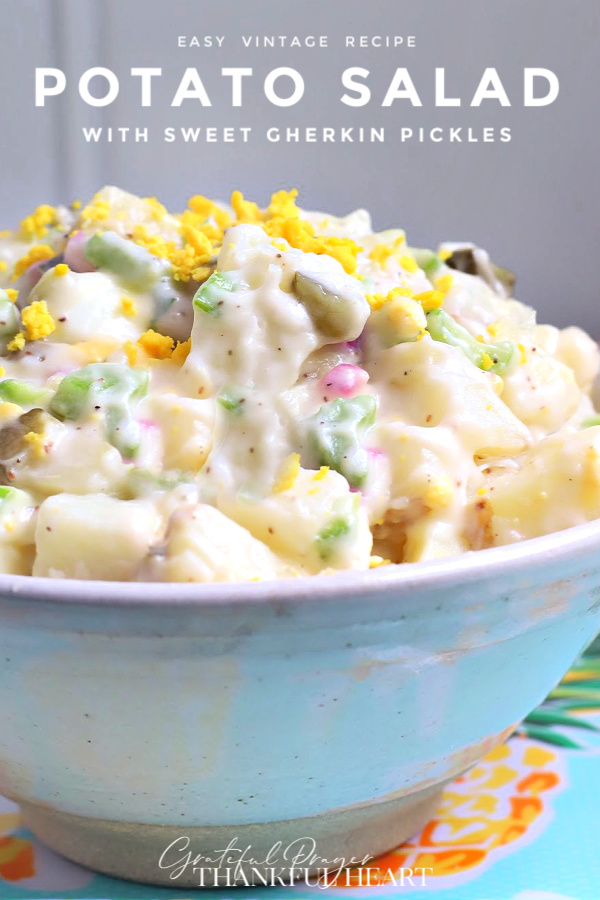 She was a rebel in the family. And she had a reputation because of it. Hazel was my mother-in-law and she strayed from the path with her own Hazel’s Potato Salad. 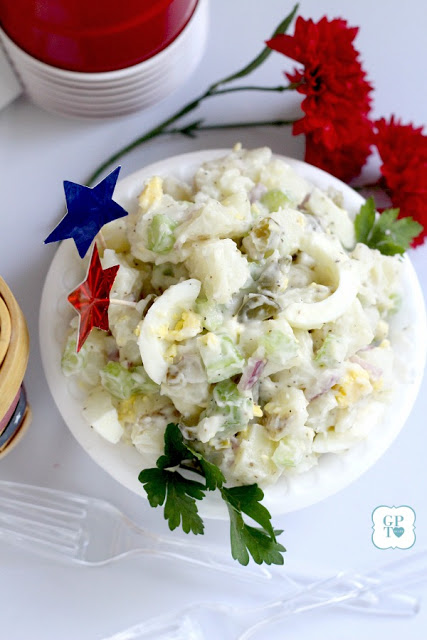 Hazel bravely made a potato salad that differed from her mothers. Grandmom Elsie’s potato salad was the recipe preferred by most of the extended family. Tradition runs strong and change isn’t always accepted when it comes to a beloved family recipe.

Grandmom Elsie’s potato salad recipe is, however… just a bit flavorless and boring. So when Hazel got a recipe from a co-worker, who got it from the newspaper back in the 70’s, she made it for the next backyard cookout. It isn’t a whole lot different from Grandmom Elsie’s potato salad but it soars over hers in the tasty department. Our side of the family loves it and it has been our go-to recipe ever since. 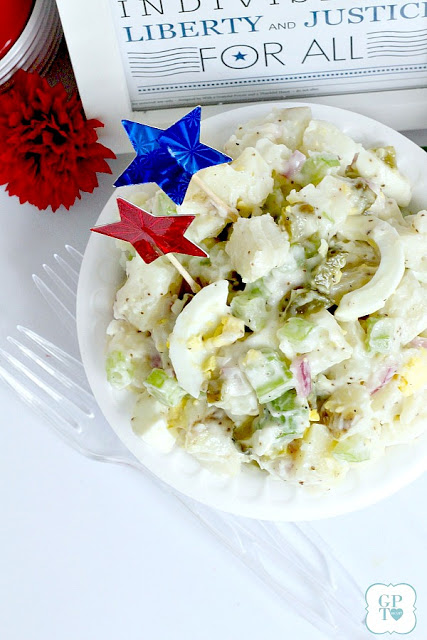 One thing I’ve come to value more now than ever is that Hazel made it a point to frequently gather family together. It seemed like every week or so, aunts, uncles and cousins would bring a covered dish and their lawn chairs to enjoy a Sunday afternoon. Being one of eight children, it made for a large gathering.

Little kids played, ladies talked and the men would play horseshoes or pull up a chair to the card table to play cards and complain about their beloved Phillies baseball team. Each time, my father-in-law would assume his position at the gas grill and through billows of smoke, flip burgers and hotdogs. Hazel served her potato salad alongside Grandmom Elsie’s, and her doctored Campbell Soup beans and her Aunt Lydia’s cinnamon cake for dessert. 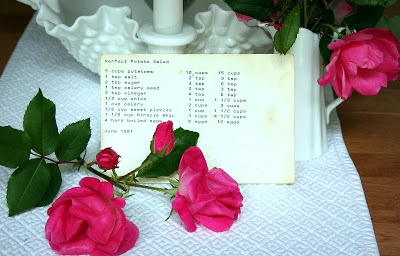 As you can see from this old and stained recipe card, is is titled, “Perfect Potato Salad”. I am not sure it was called that originally or if Hazel gave it the name. I call it Hazel’s Potato Salad in honor of her.

How to make Hazel’s Potato Salad 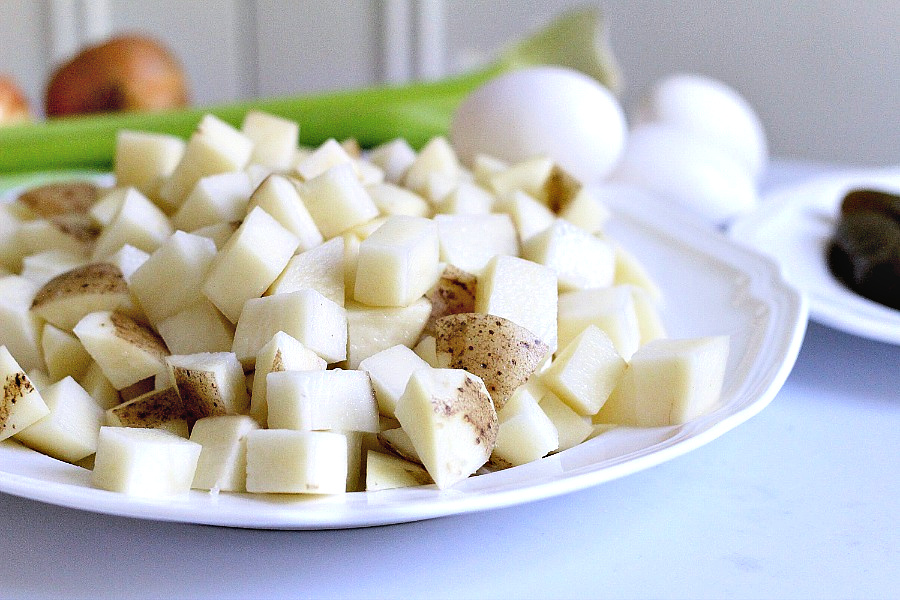 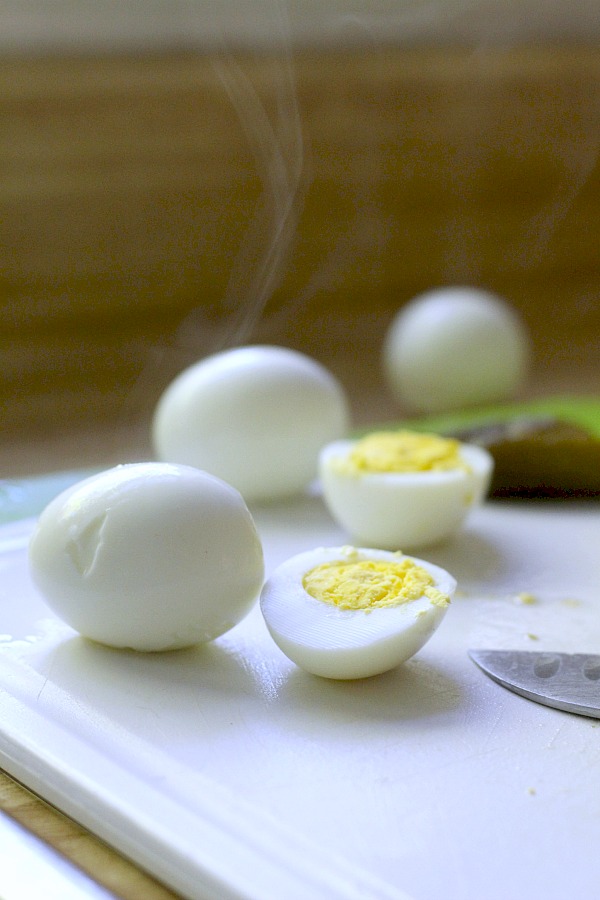 Hard boil the eggs while the potatoes are cooking. 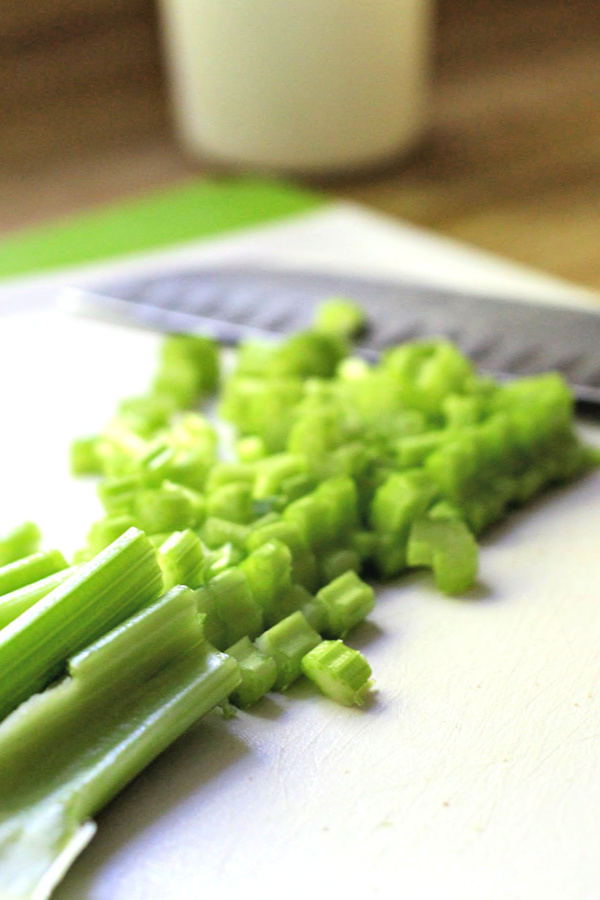 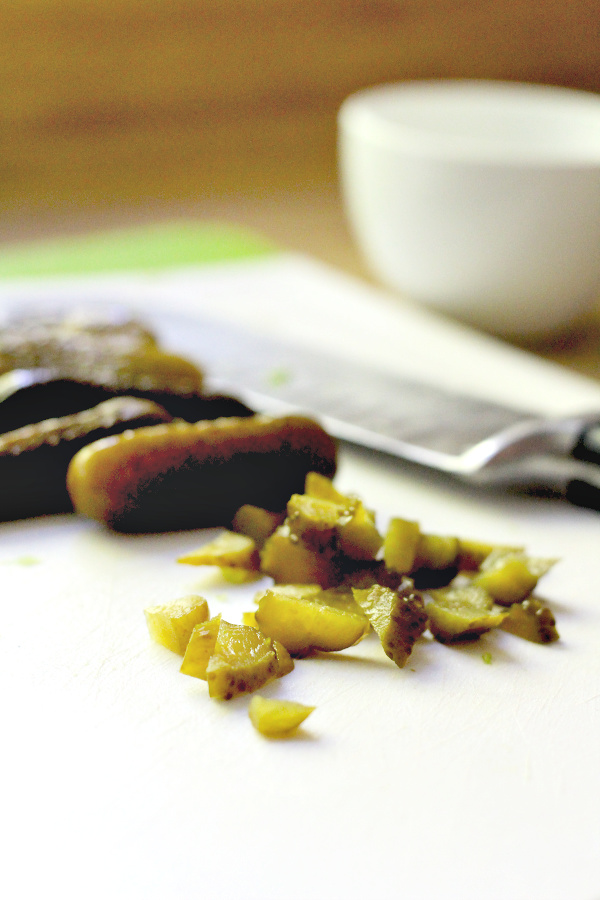 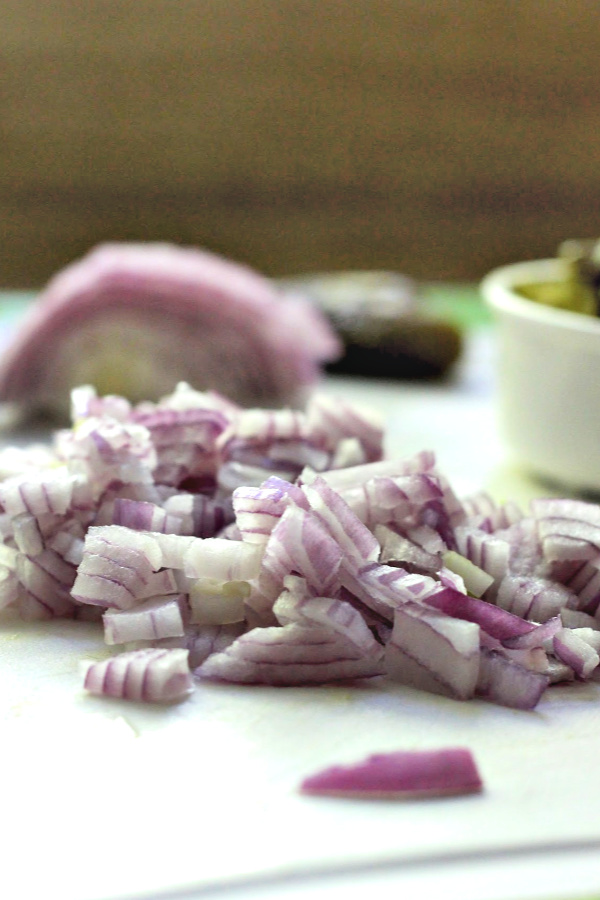 Chop the onions to measure 1/2 cup. 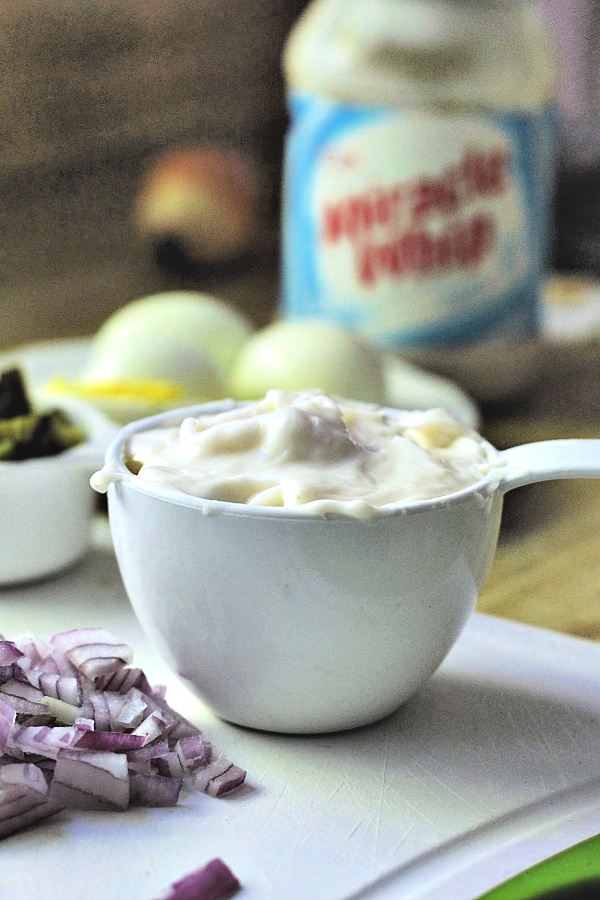 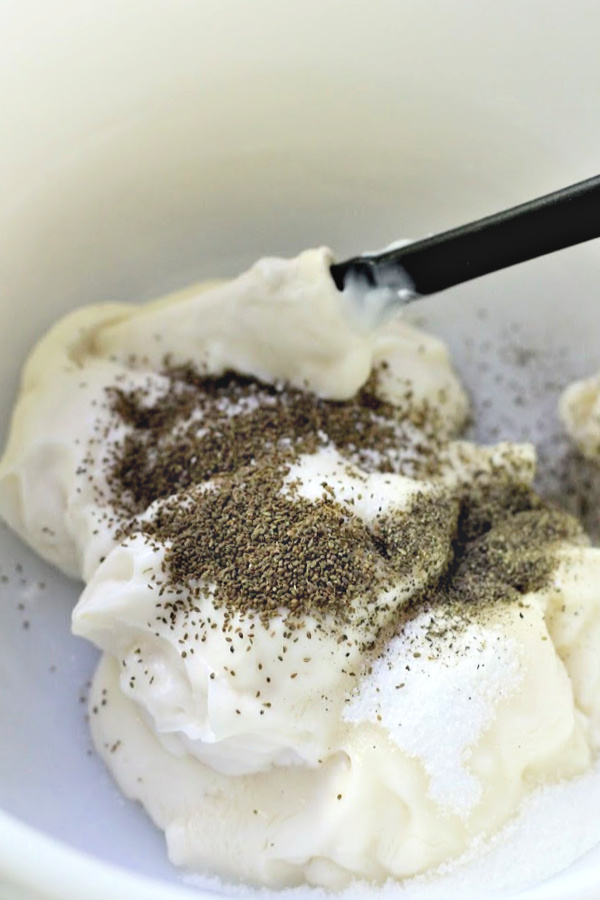 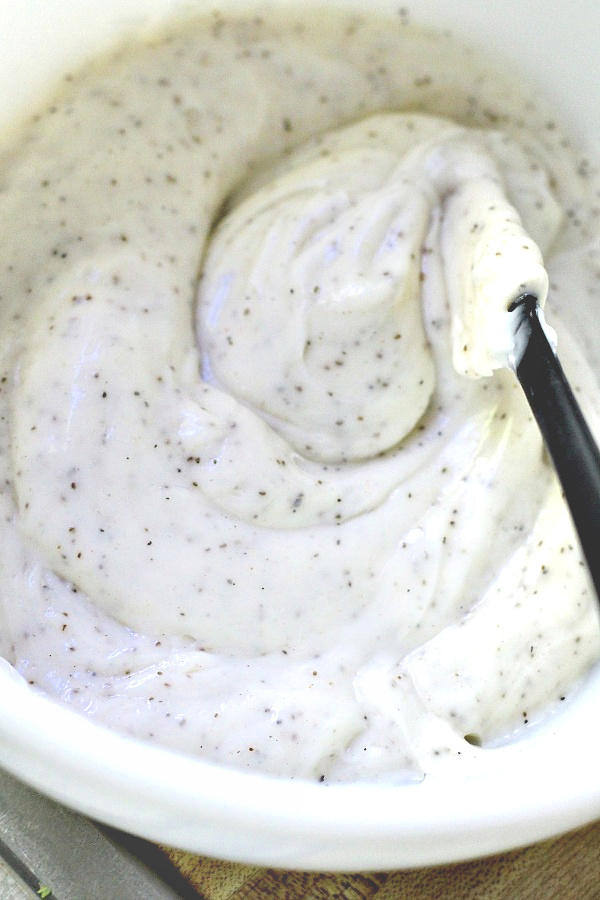 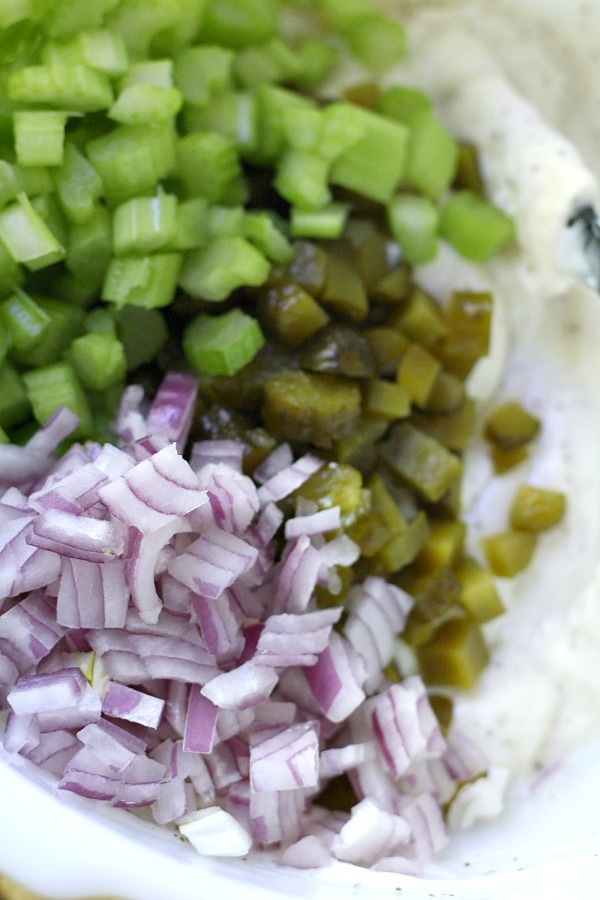 Add the chopped veggies to the Miracle Whip mixture. 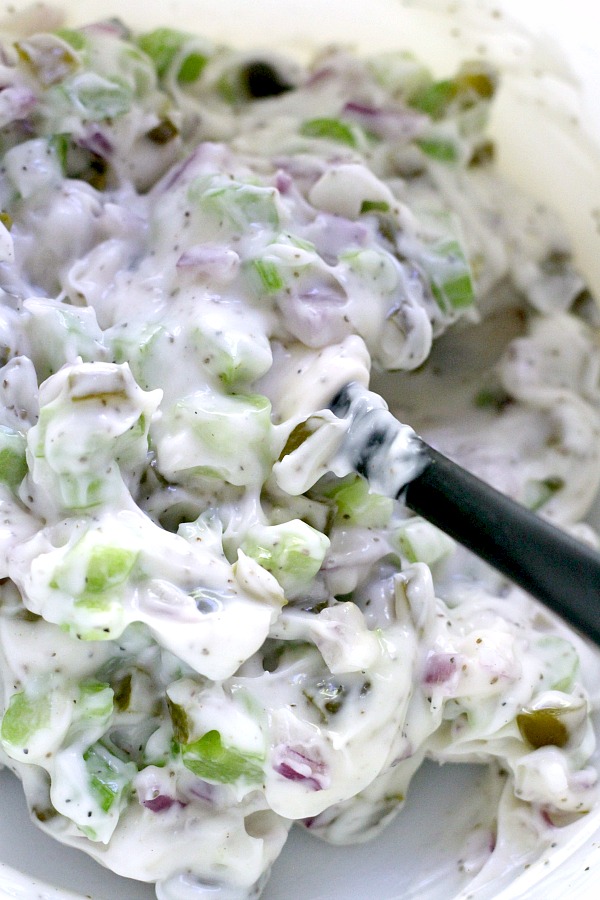 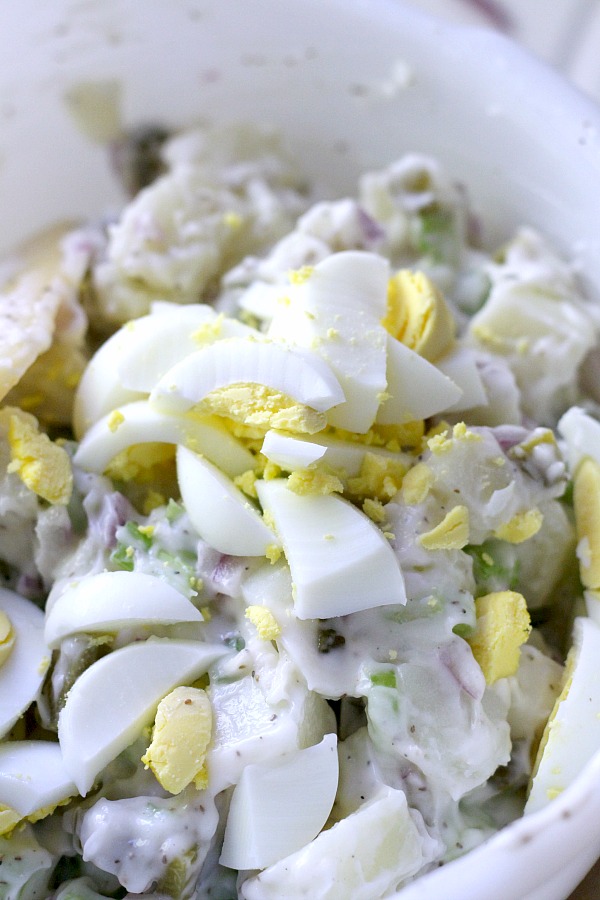 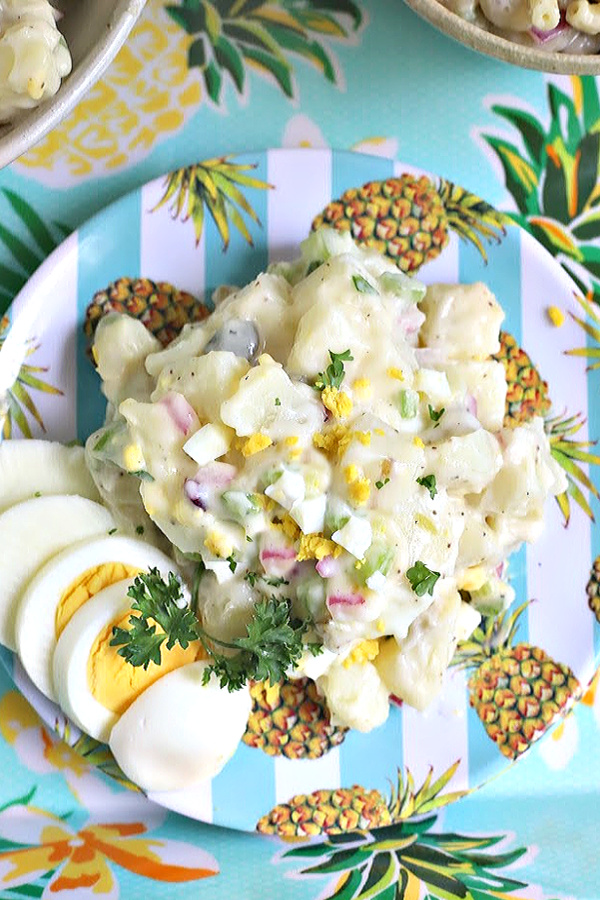 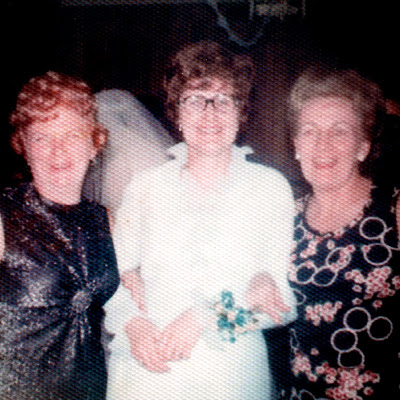 Here is a photo of Hazel (in the middle) with of her two best friends and co-workers, one of whom shared the potato salad recipe. Look at that sweet, fun loving smile. Some rebel, wouldn’t you say. 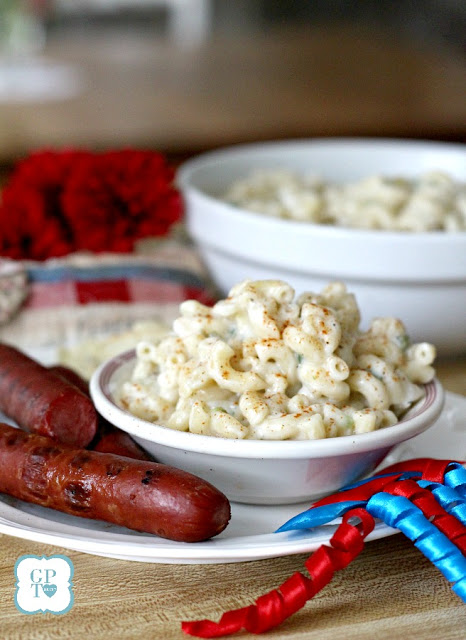 Classic Deviled Eggs are always a favorite too. 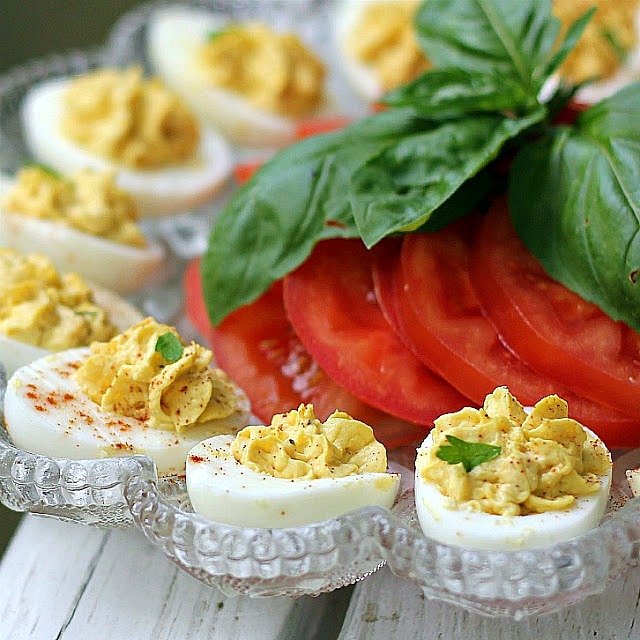 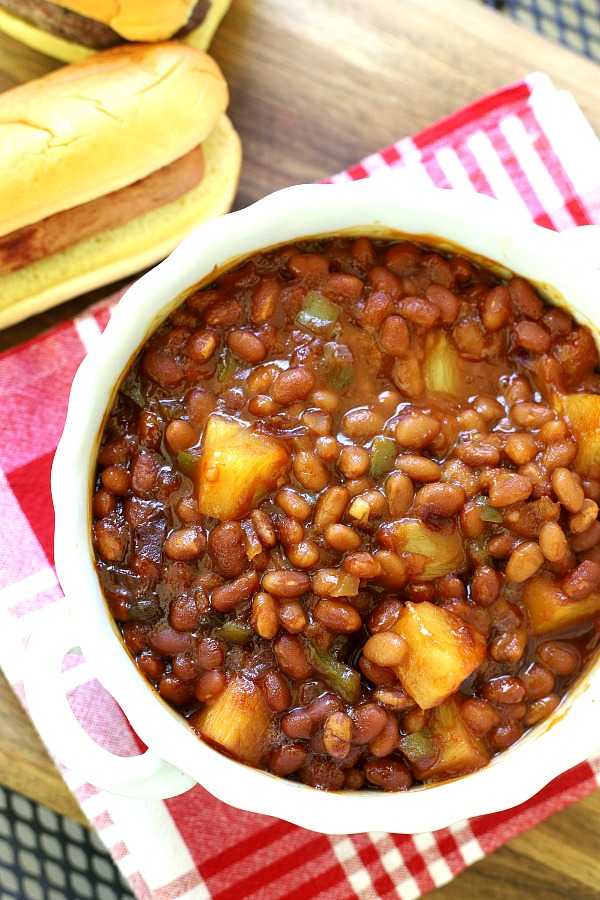 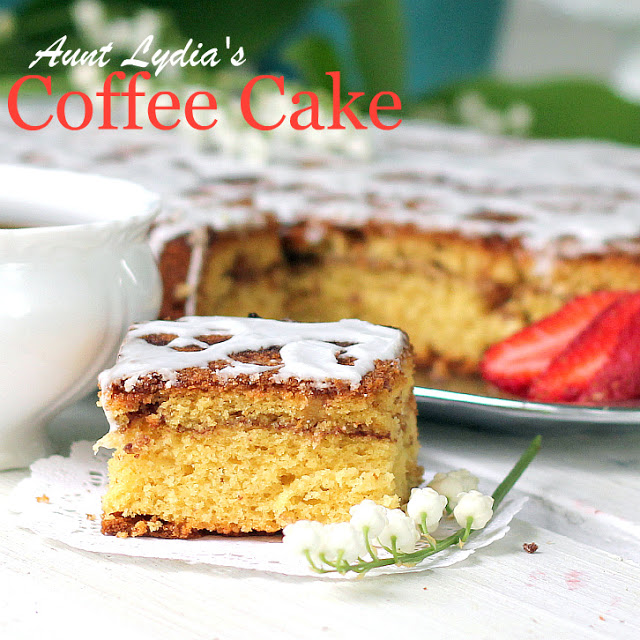