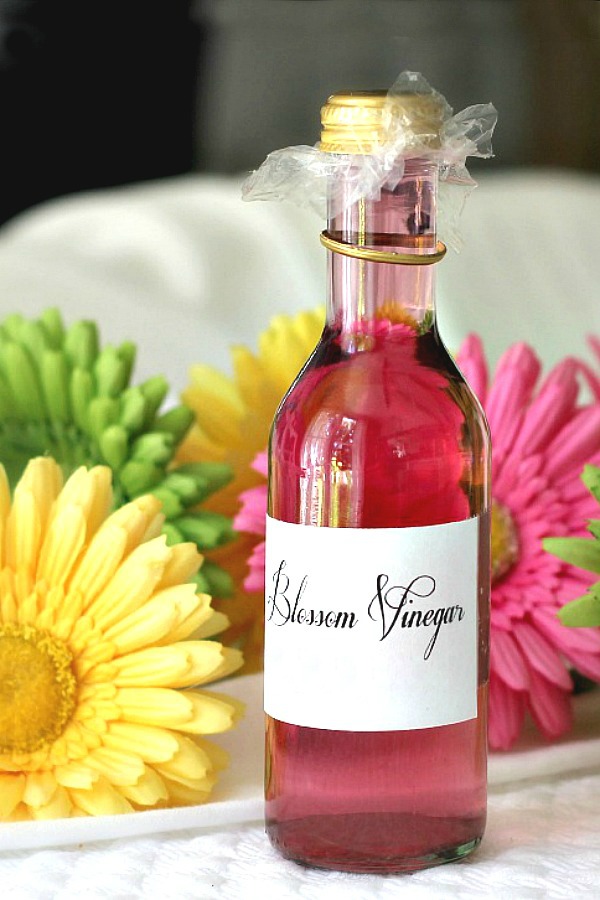 Each year as springtime unfolds and things begin to green up in the yard, I can count on certain plants to come back. In my little herb garden, one such plant is chives. Each May, along with their dark green leaves, they send up lots of pretty blossoms. And not only are chives attractive, I use them to make a lovely-hued Chive Blossom Vinegar.
END_OF_DOCUMENT_TOKEN_TO_BE_REPLACED 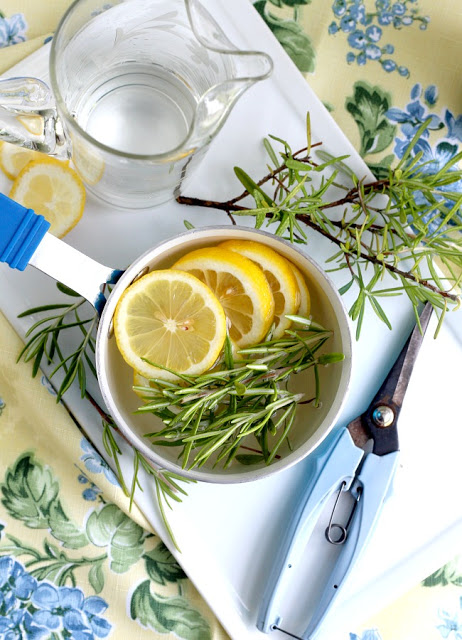 Do you have an herb garden or grow herbs on your windowsill? Do you have a favorite herb for cooking? I have a smallish, 4-foot by 8-foot raised bed where I grow herbs and some annuals. Just the ones I use most often in the kitchen. The aromatic evergreen, rosemary, does really well needing little attention. This perennial herb is super easy to propagate from stem cuttings to make more plants. Rosemary infuses lots of flavor in cooking but it also is a lovely ingredient in this light and clean-smelling, simmering potpourri.

END_OF_DOCUMENT_TOKEN_TO_BE_REPLACED 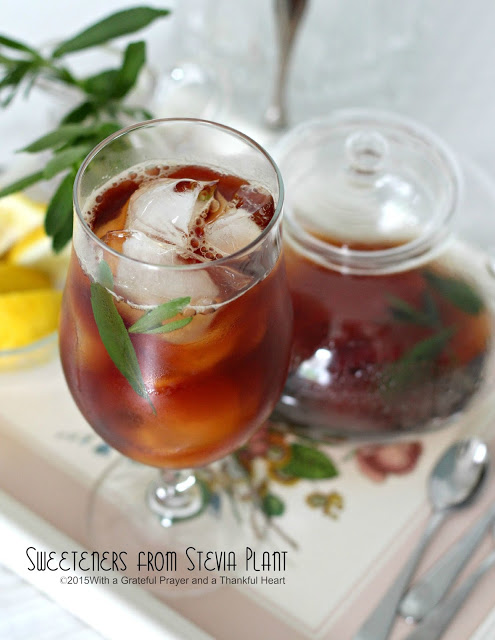 This spring I found a stevia plant at the garden center and thought it would be an interesting addition to my herb garden. I have been experimenting with the leaves from the stevia plant to see how it would work as a sweetener.

END_OF_DOCUMENT_TOKEN_TO_BE_REPLACED

I’ve got another wreath idea to share with you.
This one is not just decorative but also useful in the kitchen
A wreath made of Rosemary sprigs is both aromatic and handy to snip and add in meal preparation. 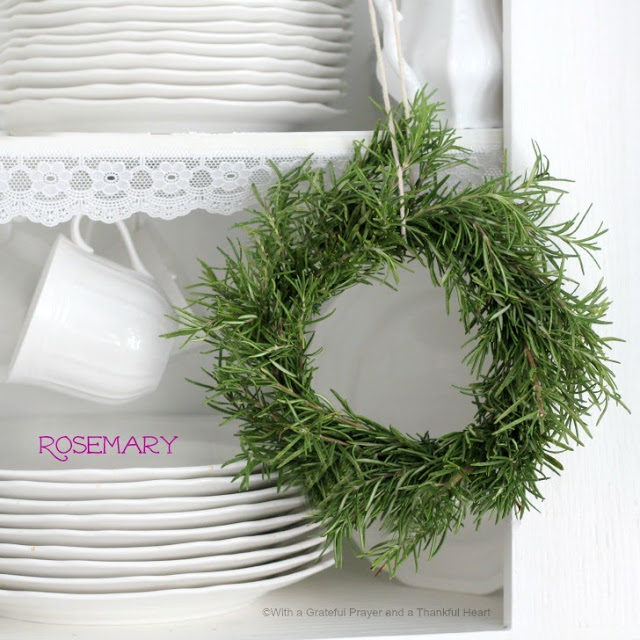 For the base of the wreath I looked for a small circle.  I found a package of four, five-inch metal circles in the leather supply section of the craft store.You could use a heavy wire and make the circle yourself. 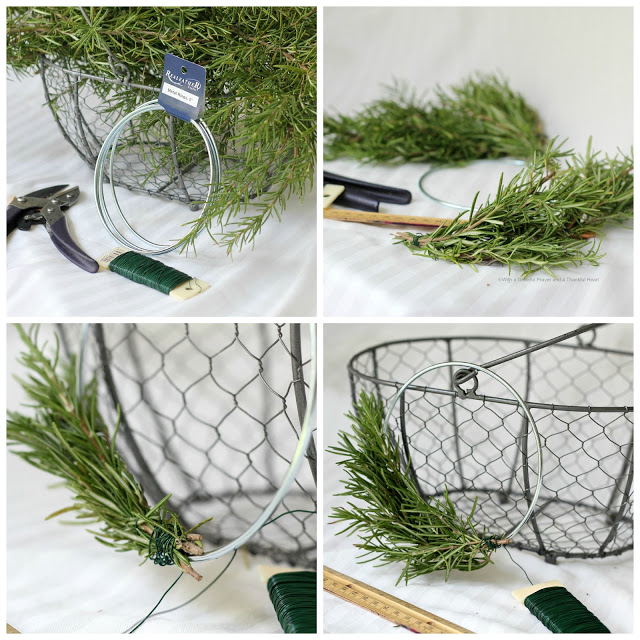 After cutting the rosemary into 5-6-inch pieces, I wired several of them into a bundle.
It took six bundles to go around and fill out this 5-inch wire circle.
That’s all there is to it.
It smells wonderful too! 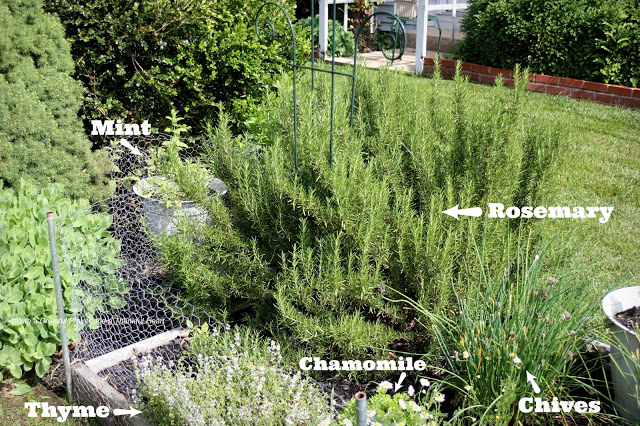 My Rosemary was a windowsill-size gift from a friend.  I kept it indoors for a year and then planted it outside in a pot.  It grew and I transplanted it into a raised bed herb garden two years ago.
Rosemary is an aromatic, perennial herb with fragrant, evergreen, needle-like leaves. The leaves are used as a flavoring in foods such as stuffing, pork, chicken and turkey. It is native to the Mediterranean region. The name “rosemary” derives from the Latin for “dew” (ros) and “sea” (marinus), or “dew of the sea”.  Rosemary is reasonably hardy in cool climates and it can withstand droughts.  I live in zone 6b and my rosemary has no problem wintering over. It is easy to grow and pest-resistant and can be grown in pots. Be sure it has good drainage and a sunny location. 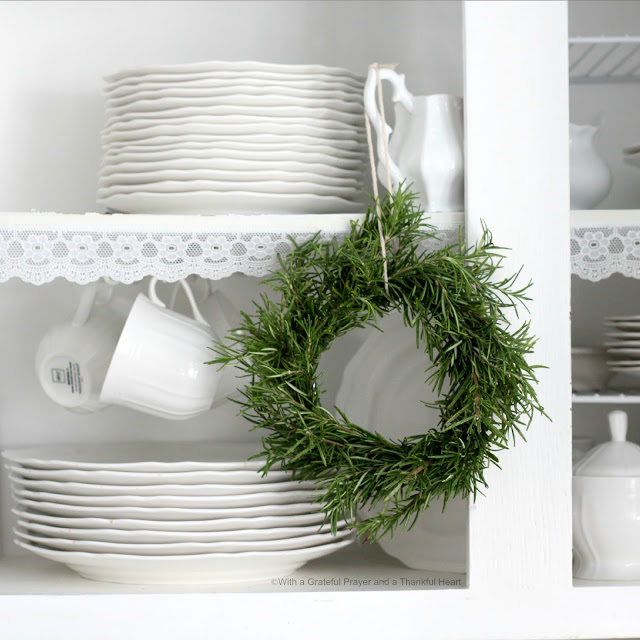 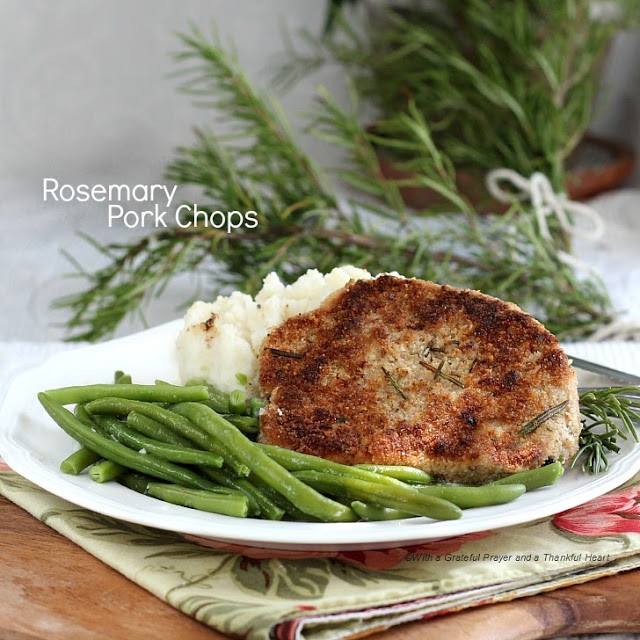 PRINT RECIPE
Ingredients
1 large egg
1/2 cup dried Italian-style bread crumbs
1/3 cup freshly grated Parmesan
1/2-1 tsp. snipped rosemary
3 (1/2 to 3/4-inch thick) center-cut pork chops
Salt and freshly ground black pepper
3-4 tablespoons olive oil
Whisk the egg in a pie plate to blend.  Combine Parmesan cheese, bread crumbs and the rosemary in another plate. Sprinkle the pork chops with salt and pepper.  Dip the pork chops in the egg and then into the cheese/bread crumb mixture, coating completely, patting to adhere.
Heat 1-2 tablespoons of oil in a large skillet over medium heat. Add pork chops, and cook until golden brown and the center reaches 150 degrees, about 6 minutes per side. Add additional oil as needed when cooking second side.  (My chops browned quickly, so I covered pan with lid, leaving slightly ajar and cooked for less time until just cooked through keeping them nice and juicy).  I served with mashed potatoes and fresh green beans. 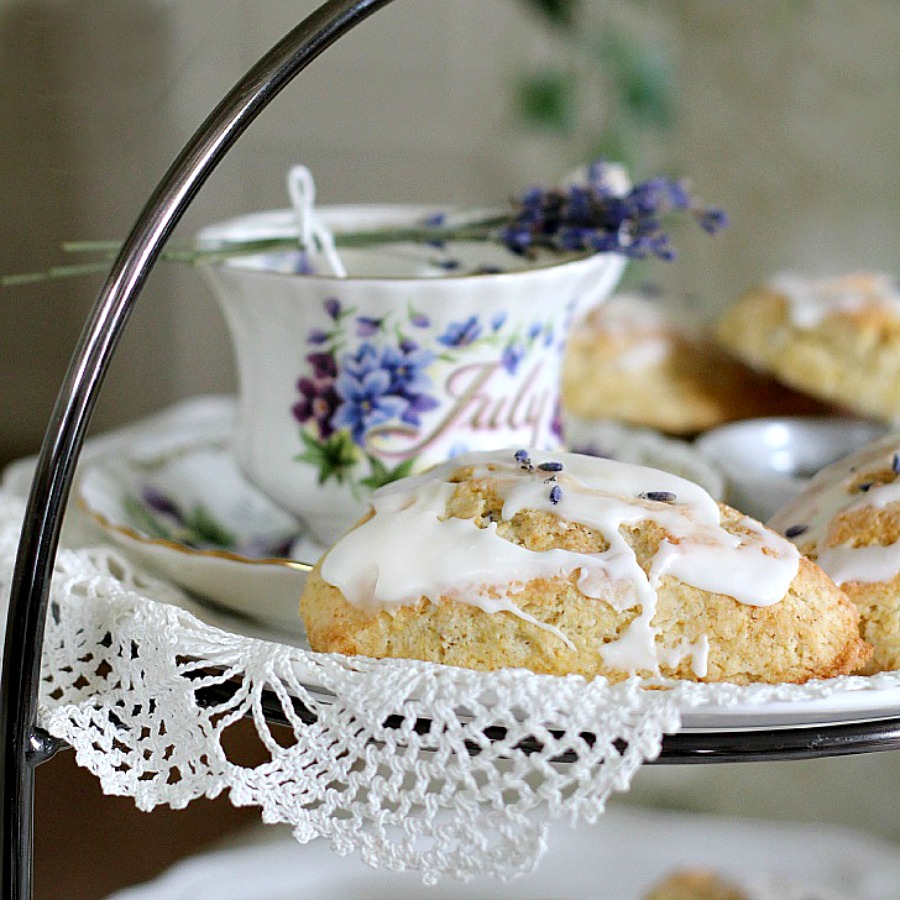 You just might want to plan a tea and invite a few friends over for a relaxed afternoon. These glazed Sweet Lavender Scones are delicious with coffee or tea. Lavender buds impart a mild floral hint that is unique but not overpowering. They look lovely and taste amazing. END_OF_DOCUMENT_TOKEN_TO_BE_REPLACED 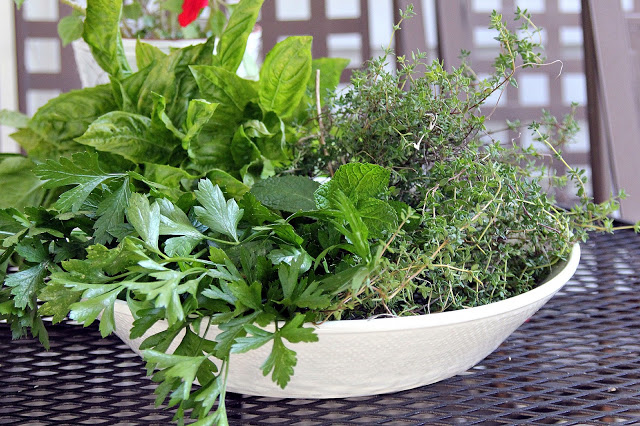 It won’t be long and the beautiful herbs growing in my garden will succumb to the end of the season. Before a frost comes I gathered a bowlful so I could preserve them for flavoring meals long after I will be able to walk out the side door and snip them fresh. Sharing suggestions for

END_OF_DOCUMENT_TOKEN_TO_BE_REPLACED 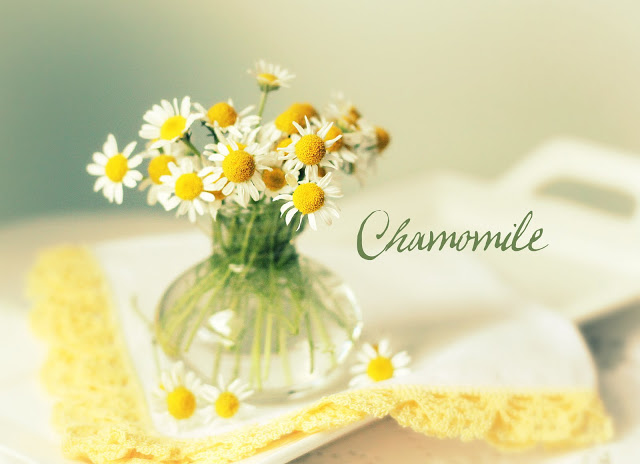 I was able to gather a nice basket-full of Chamomile this morning to prepare for drying. 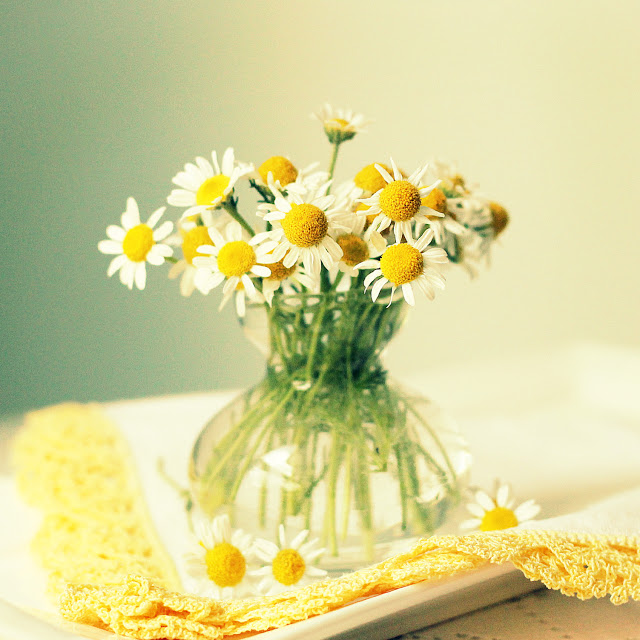 And the earth brought forth grass, and herb yielding seed after his kind, and the tree yielding fruit, whose seed was in itself, after his kind: and God saw that it was good.
Genesis 1:12