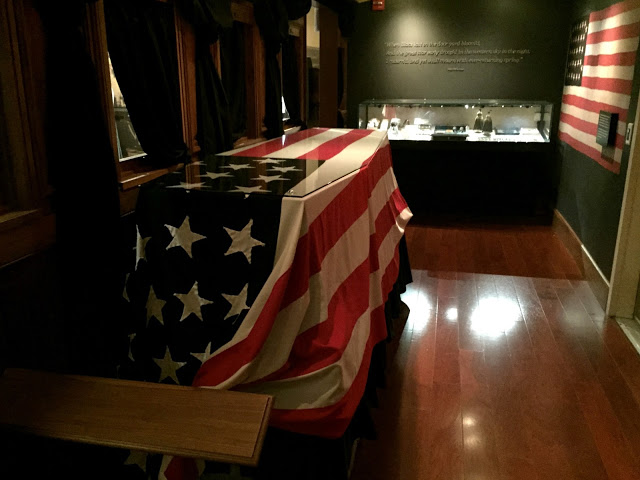 Adjacent to the Petersen House where Abraham Lincoln died, is the Center for Education and Leadership, where visitors explore more of his presidency and its untimely end.
One of the first exhibits is a replica of the funeral car that carried President Lincoln through many cities and seven states to his home in Springfield, Illinois. 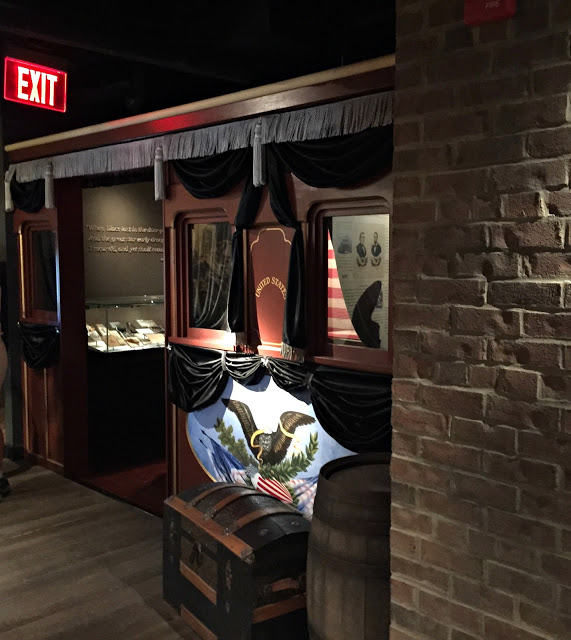 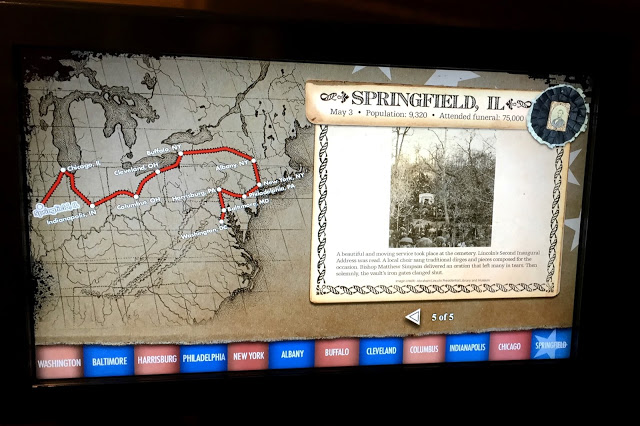 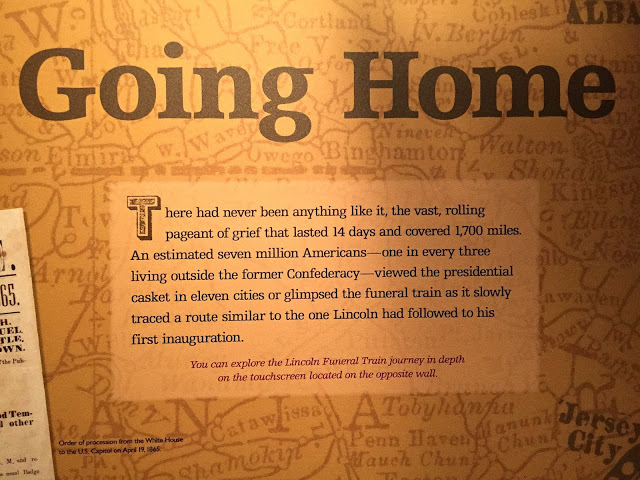 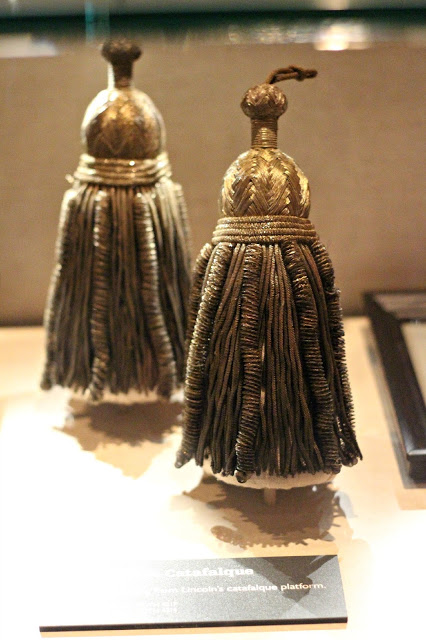 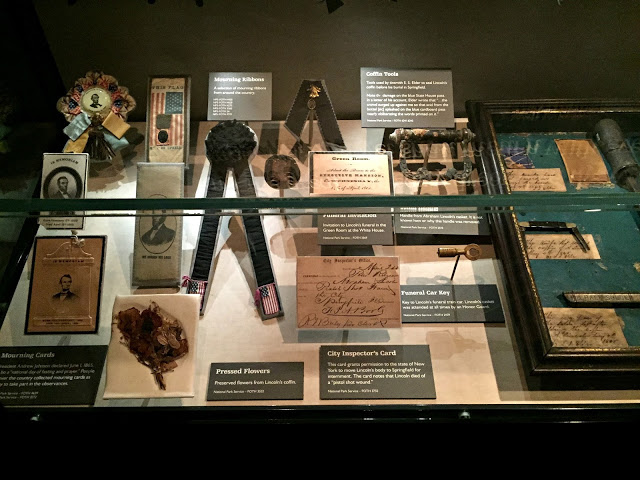 A collections of memorial cards, pressed flowers and other items related to his funeral. 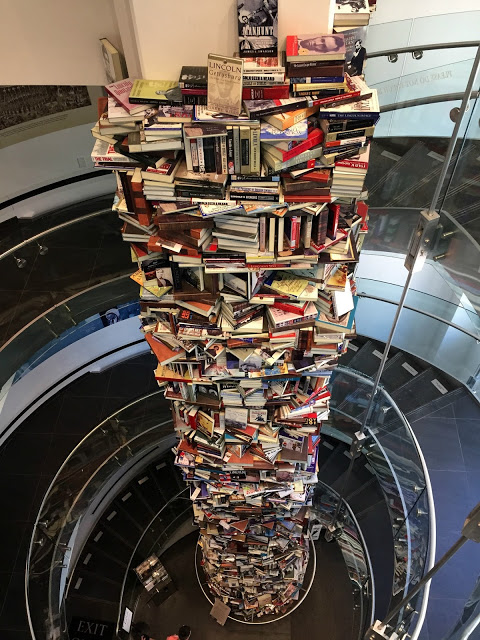 The Lincoln Book Tower
This 34-foot tower of books about Abraham Lincoln is located in the Center for Education and Leadership at 514 10th Street, NW, across the street from the theatre and adjacent to the Petersen House, where Lincoln died.
The books in the tower are made from fireproof bent aluminum. The exhibit designers printed the cover art directly onto the metal book “jackets.” The tower features 205 real titles, most of which are currently in print. To get permissions, more than 50 publishers were contacted. The titles repeat throughout the tower, and the tower totals approximately 6,800 books. At three stories high, the tower represents just a fraction of the 15,000 titles written about Lincoln.
The Ford’s Theatre Museum
located in the basement of the theatre 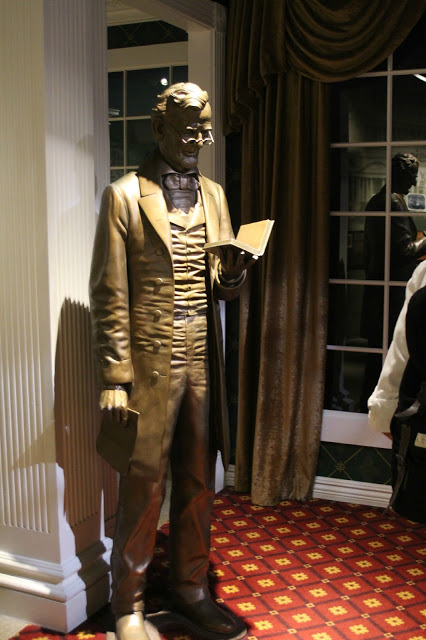 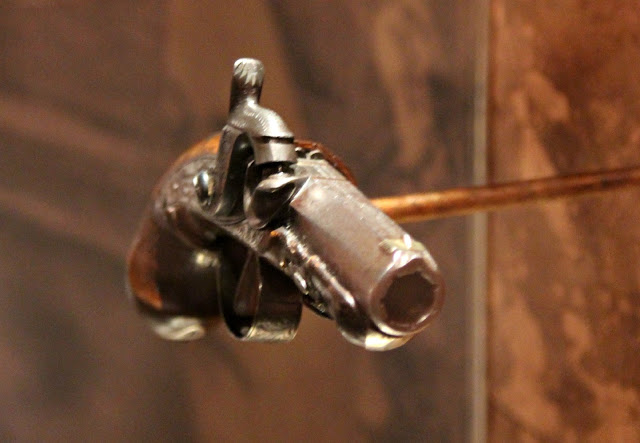 The collection of artifacts includes the derringer that John Wilkes Booth, a supporter of the Confederate States of America, used in Lincoln’s assassination, as well as many other items associated with that terrible day. 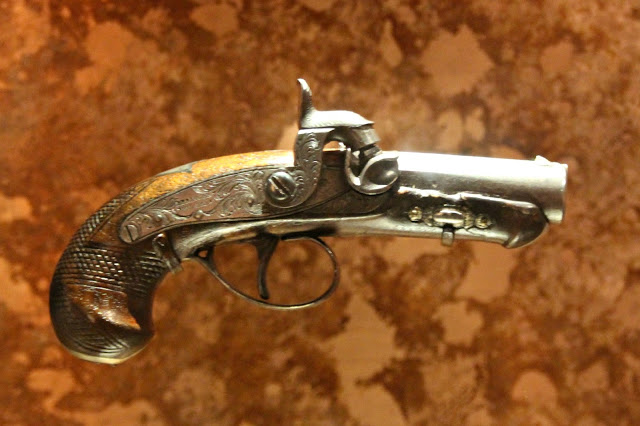 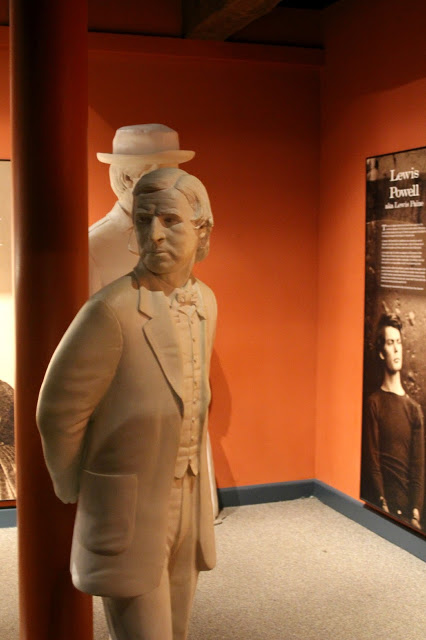 Ford’s Theatre Museum combines a remarkable collection of historic artifacts and exhibits that tell the story of Abraham Lincoln’s presidency. The museum transports visitors to 19th-century Washington, where they can follow Lincoln from his arrival in Washington in 1861.