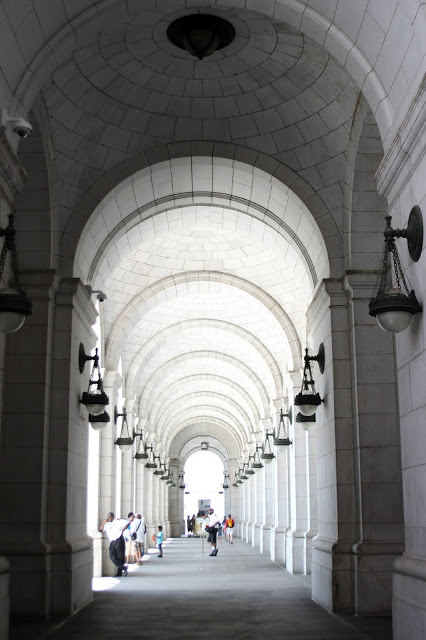 Union Station is a major train station, transportation hub, and leisure destination in Washington, D.C. On October 27, 1907, it officially opened at 6:50 a.m., when the Baltimore and Ohio Pittsburgh Express pulled into the Station. The Station was ultimately completed in 1908. source
At the height of its traffic, during World War II, as many as 200,000 people passed through in a single day. In 1988, a wing was added and the original station renovated for use as a shopping mall. Today, Union Station is one of the busiest rail facilities and shopping destinations in the country, and is visited by over 40 million people a year. source 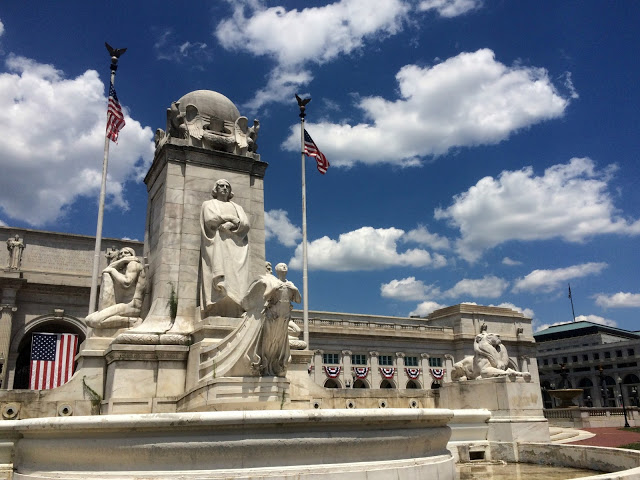 Christopher Columbus Memorial Fountain sits in front of the entrance to Union Station.
Columbus Fountain is a semicircular double-basin fountain with a shaft (h. 45 ft.) in the center. The front of the shaft bears a full-length portrait of Christopher Columbus (approx. h. 15 ft.) wearing a mantle, staring forward with his hands folded in front of him. Beneath him is a ship prow that features a winged figurehead that represents the observation of discovery. A globe, representing the Western hemisphere, is on top of the shaft with four eagles on each corner connected by garland. The left and right sides of the shaft have two male figures decorating them. The right side figure is an elderly man, representing the Old World, and on the left side is a figure of a Native American, representing the New World. The back of the shaft has a low-relief medallion (approx. d. 3 ft.) with images of Ferdinand & Isabella. Two lions (approx. h. 5 ft.), placed away from the base, guard the left and right side of the fountain. source 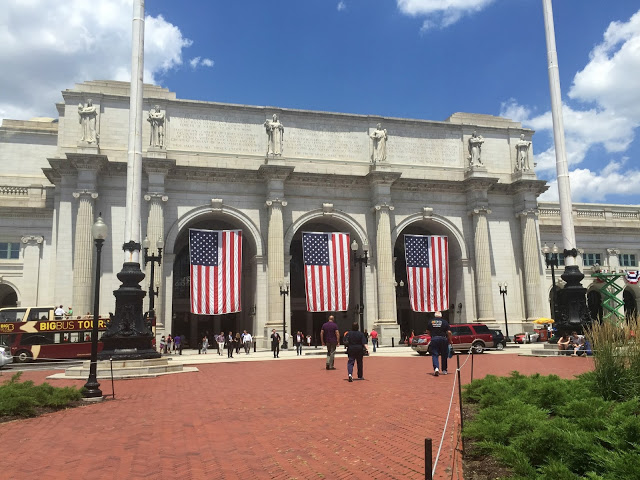 In 1903, Daniel H. Burnham, Director of Works, principal architect of the 1893 Chicago World’s Fair, was chosen to design Union Station. He modeled the Station in the monumental Beaux-Arts style after the Baths of Caraculla and Diocletian and the triumphal Arch of Rome. Union Station’s arches symbolize its primary function as a gateway. source 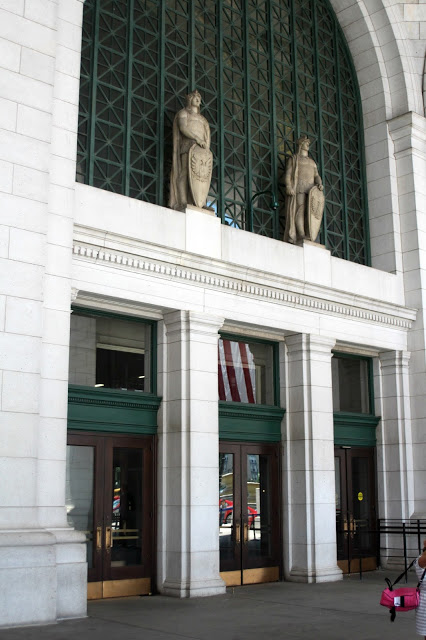 Doors leading into the station 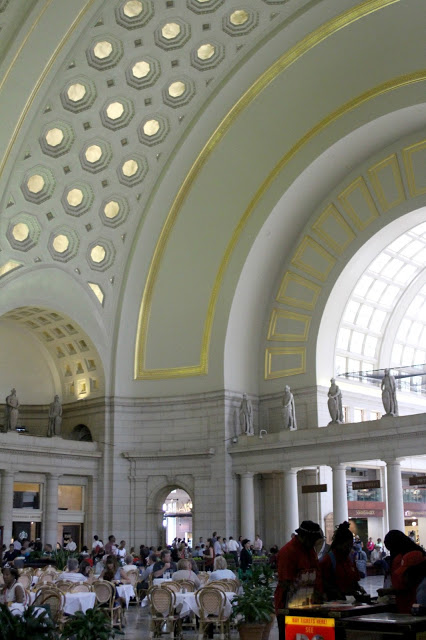 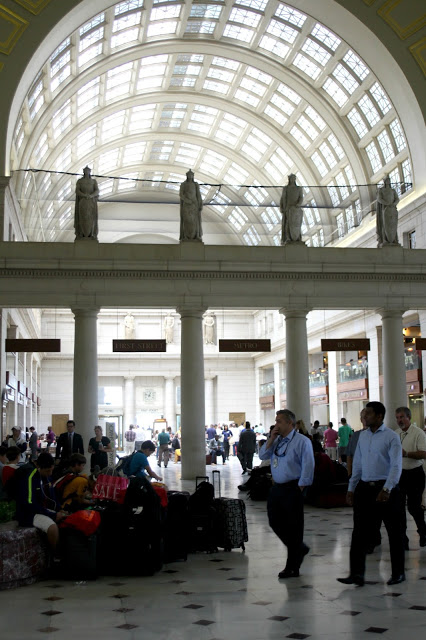 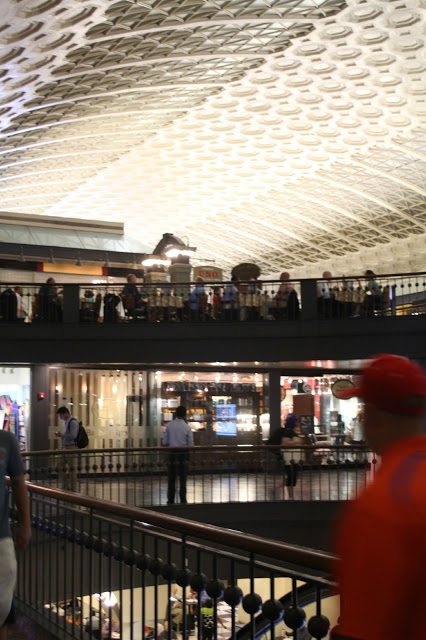 Union Station is one of Washington’s busiest and best-known places. 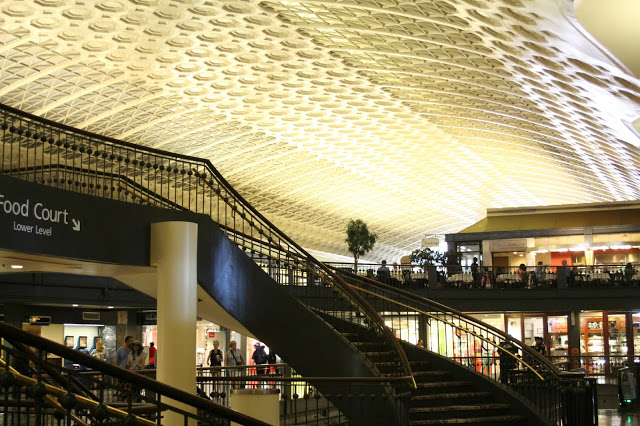 There are many shops, cafes, and restaurants. 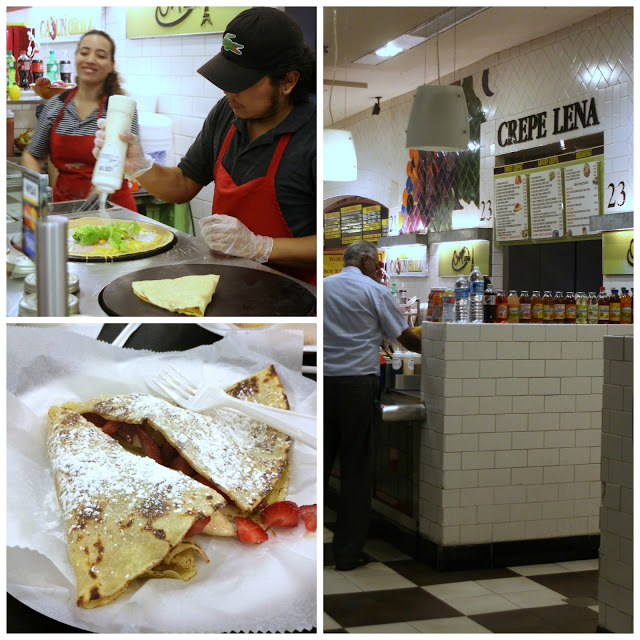 The food court offers a huge selection of eateries ~ my lunch was a yummy strawberry and banana crepe. 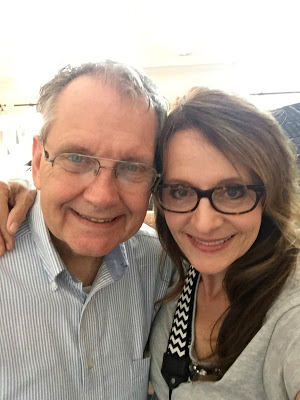 a quick selfie before moving on 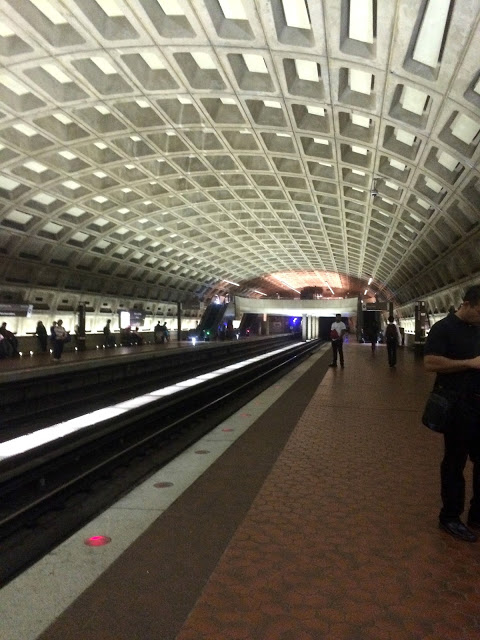 After lunch we took the metro line to our next destination. 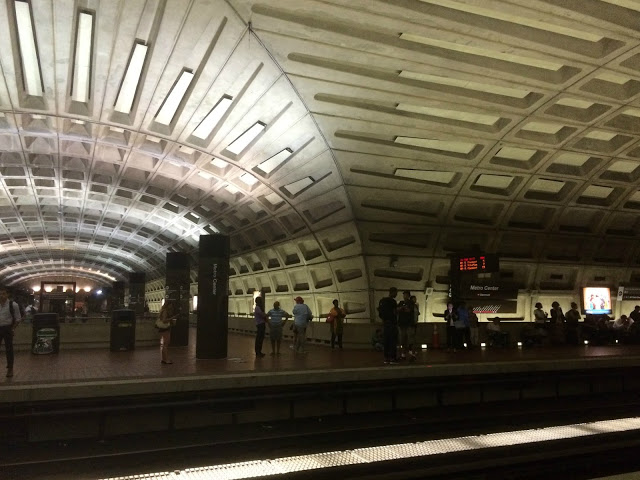 On our return, I was not able to get a photo of this area because of the crowds. It was packed, as was the train, full of people. Wall-to-wall people. Rush hour in DC is a busy place!

Our three days in the Washington DC were full. We went from morning to late into the evening.
I will share the second segment of this day in another post.

We sat a spell before our nighttime adventure and enjoyed a great (and inexpensive) sandwich outside at Potbelly Sandwich Shop. 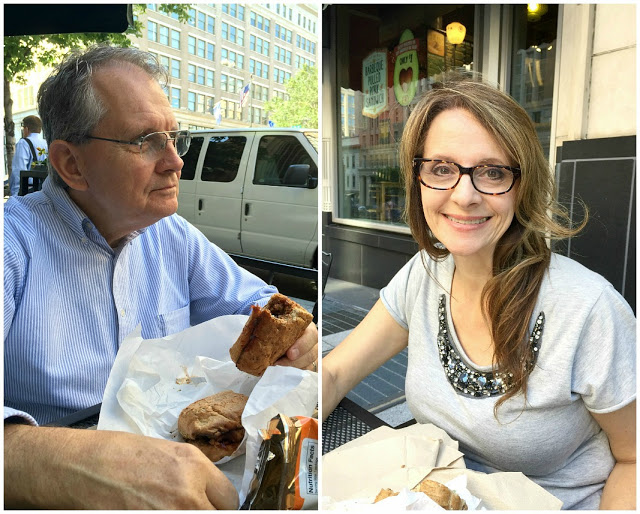 So excited to share with you the next stop we made.
It was moving and very interesting.