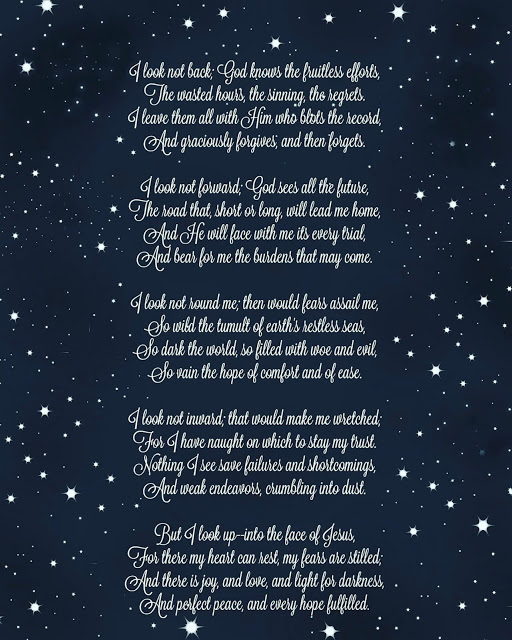 ~ Blessing be yours in this New Year ~ I heard this beautiful poem titled, I Look Not Back, recently while listening online to Alistair Begg, Senior pastor at  Parkside Church, Cleveland, Ohio. So much encouragement and truth penned by Annie Johnson Flint.

Curious to know more about Annie, I share the following excerpts from Hymnary.org:

The biographical account of poetess/hymn-writer Annie Johnson Flint (1866-1932) is a story of both heartbreak and triumph. Born on Christmas Eve in the small town of Vineland, New Jersey, she was welcomed by Eldon and Jean Johnson as their greatest earthly gift. Three years later, little Annie would lose her mother, who died as she gave birth to Annie’s baby sister. Mr. Johnson, who himself was suffering from an incurable disease, willed the children to the Flint family who would bring them up in the Baptist faith.

It was during a revival meeting at the age of 8 that the Spirit of God brought Annie’s young heart to faith in Christ.

Annie was generally disposed to be cheerful and optimistic. She looked on the bright side of life and was able to get much enjoyment out of life. Her forward-looking, lifted-up head was a characteristic attitude and was typical of the courage she was to manifest in later life.

After high school, she spent one year in teacher training and had a position offered to her, but felt that she was really needed at home. Later in her second year of teaching, arthritis began to show itself. She grew steadily worse until it became difficult for her to walk at all, and she was soon obliged to give up her work, followed by three years of increasing helplessness. The death of both of her adoptive parents within a few months of each other left Annie and her sister alone again. There was little money in the bank, and the twice-orphaned children had come to a real “Red Sea place” in their lives.

Her verses provided a solace for her in the long hours of suffering. Then she began making hand-lettered cards and gift books, and decorating some of her own verses.Two card publishers printed some of her greetings and released the first little brochure of her poems.

She put into poetry words that she titled, “What God Hath Promised.” And through those words and many others, she became convinced that God intended to glorify Himself through her in her weak, earthen vessel. She could also say with Paul, “Most gladly therefore will I rather glory in my infirmities that the power of Christ may rest upon me.” She believed that God had laid her aside for a purpose, even though that purpose was obscure to her at times.

I Look Not Back

I look not back; God knows the fruitless efforts,
The wasted hours, the sinning, the regrets.
I leave them all with Him who blots the record,
And graciously forgives, and then forgets.

I look not forward; God sees all the future,
The road that, short or long, will lead me home,
And He will face with me its every trial,
And bear for me the burdens that may come.

I look not round me; then would fears assail me,
So wild the tumult of earth’s restless seas,
So dark the world, so filled with woe and evil,
So vain the hope of comfort and of ease.

I look not inward; that would make me wretched;
For I have naught on which to stay my trust.
Nothing I see save failures and shortcomings,
And weak endeavors, crumbling into dust.

But I look up–into the face of Jesus,
For there my heart can rest, my fears are stilled;
And there is joy, and love, and light for darkness,
And perfect peace, and every hope fulfilled. 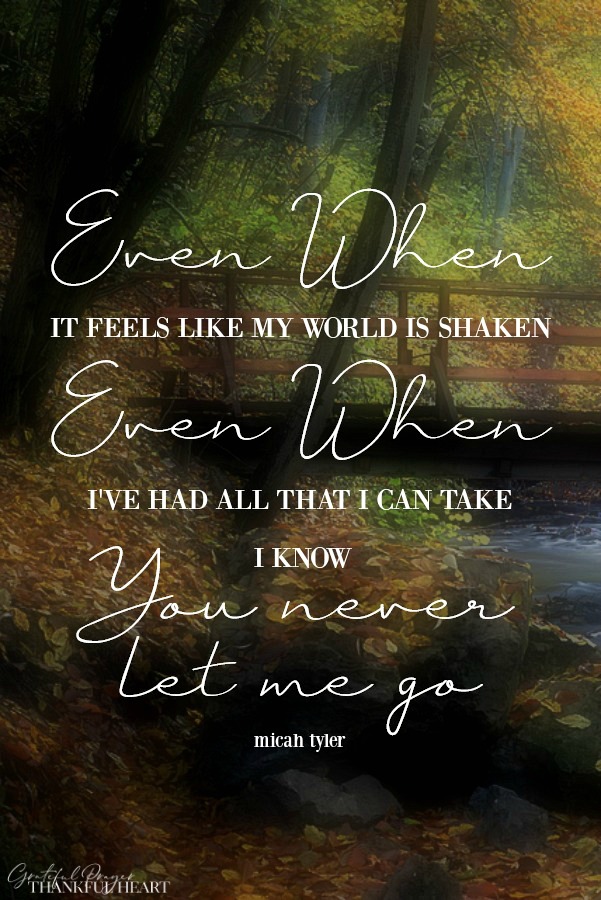 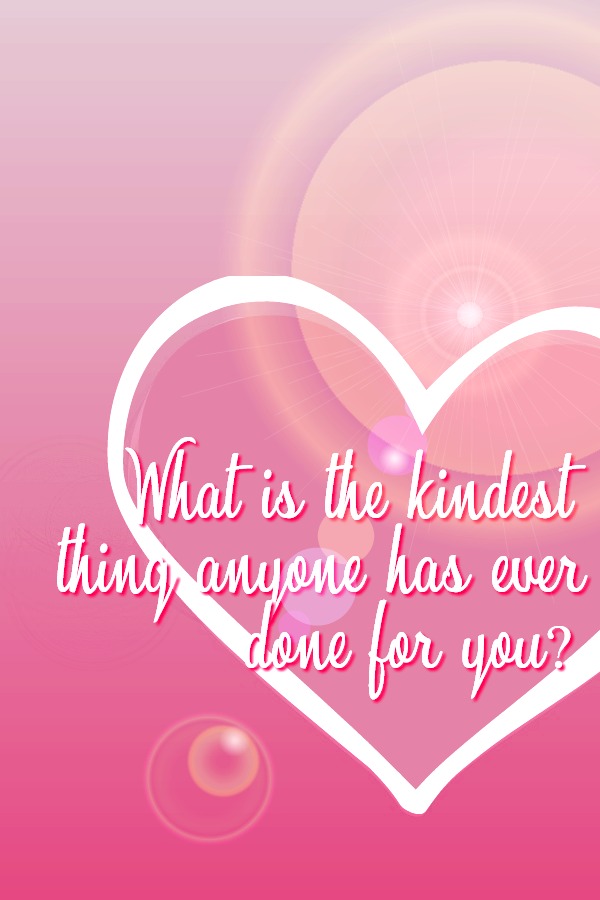