Many of you know about our cute little schnauzer. But this post is about one of the sweetest, friendliest pups that ever lived.
Scotty 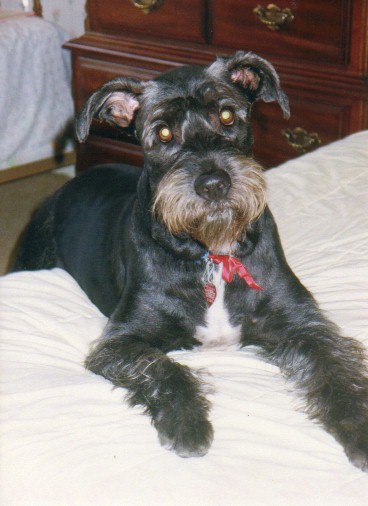 From the animal orphanage

Our Scotty was a mixed breed (we were told part lab – part terrier, but who knows) who came from the Animal Orphanage. Just a round ball of fur. 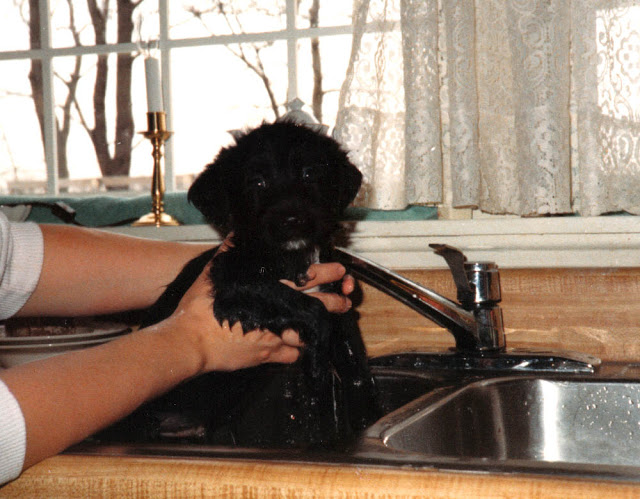 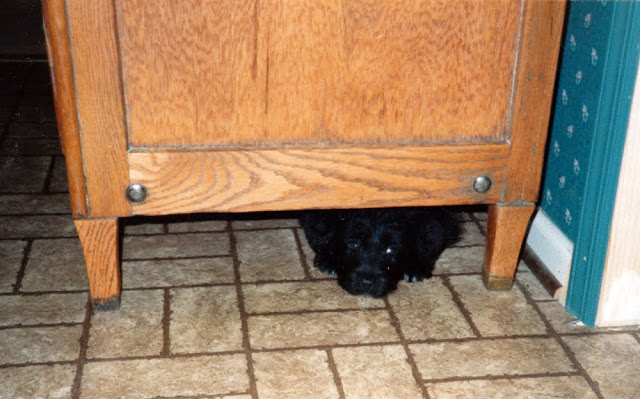 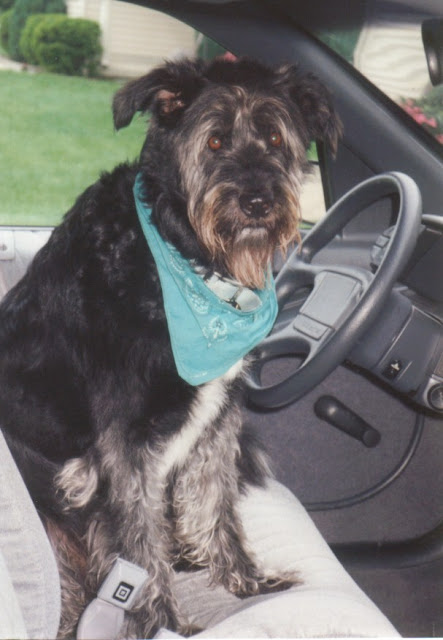 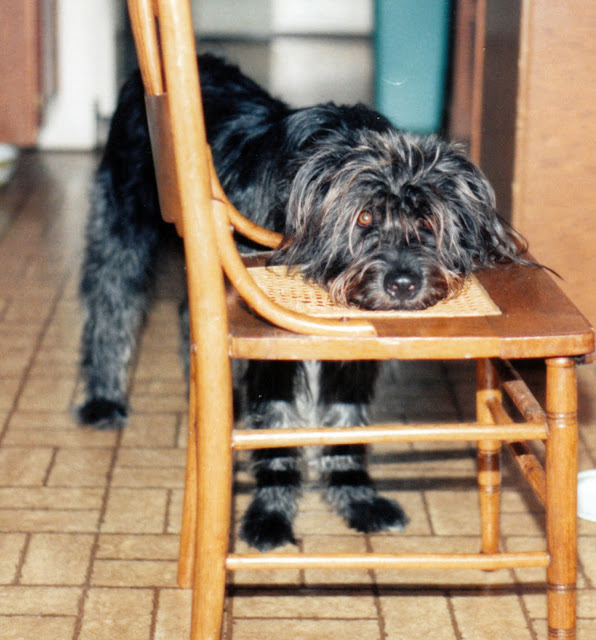 This is the picture that convinced us he needed a groomer! 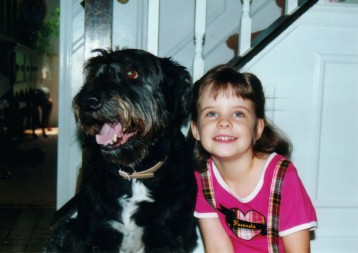 This sweet dog grew into a 90 plus pound lap dog… 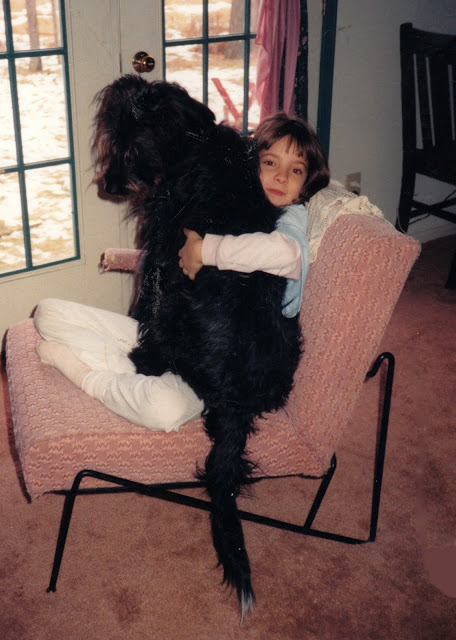 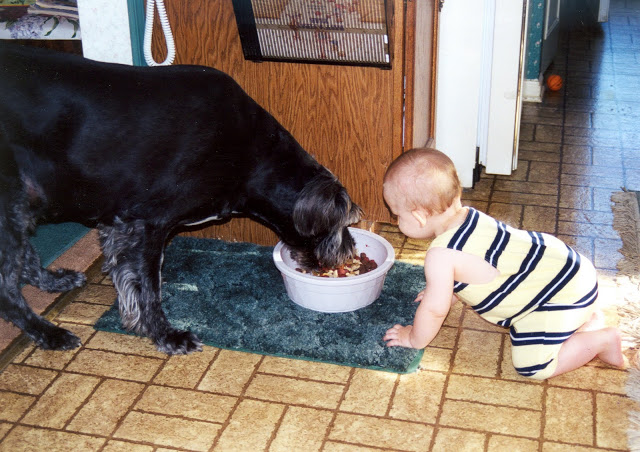 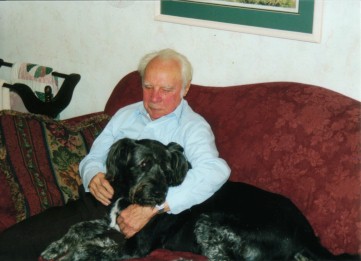 that everyone loved. He was frequently found lying in the front yard to greet each person that walked by. Even strangers had a “Hello, Scotty!” as they passed by. Some even chose the route just so they could visit with him.After a bout with Lyme’s Disease, he suffered from joint pain especially in his front paws. Daily aspirin regiment helped for a long time but then it was on to Rimadyl. Later we covered all bare floors with rugs so he wouldn’t slip. Time and again we were confronted with the decision about the pain he was having and his quality of life. We talked with the vet. We waited. One day we woke up and his front paws were so swollen. We knew. 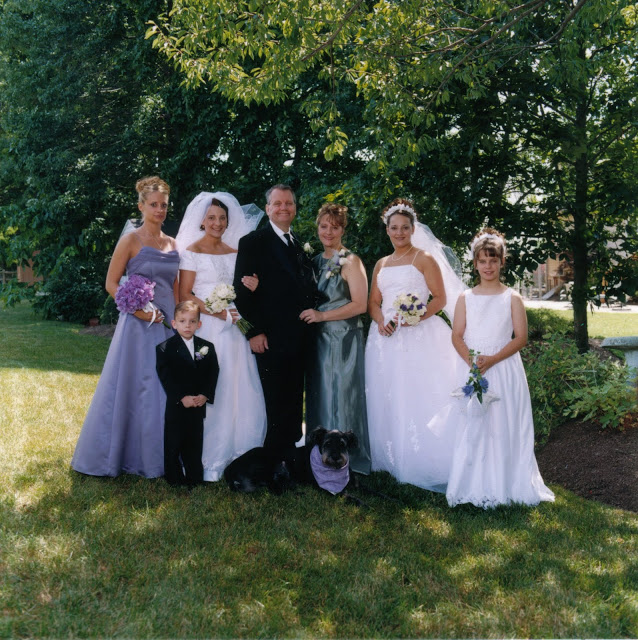 Here is Scotty with us on the day of our daughters’ wedding in June 2002, just four days before he died. He kind of moseyed over to be in the photo. What a great 13 and a half years we enjoyed with him!My brother in law said it best. “Scotty is the kind of dog you get once in a lifetime!”