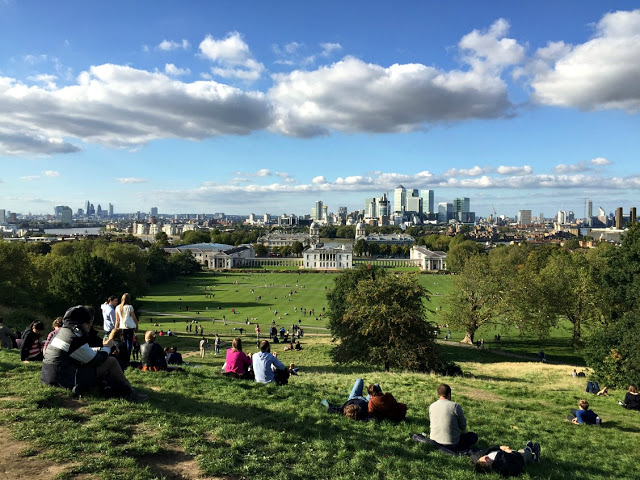 A spectacular view from the Royal Observatory overlook located in Greenwich, England.
Platform 9 3/4 ~ if you are familiar with the Harry Potter books you’ll recognize this as the fictional location for departure of the train to Hogwarts, selling magic artifacts and wizarding gear. Abbey is a big fan so we made sure to visit for a photo. 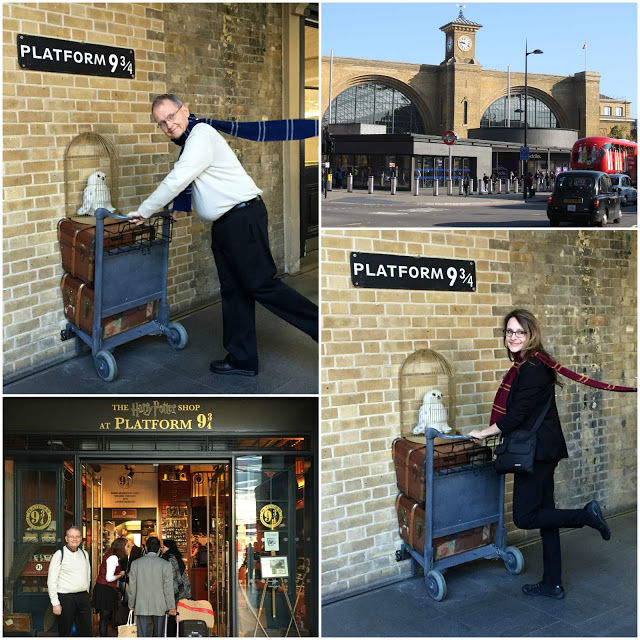 Because of its popularity, the station has the area set aside where fans can snap a fun pic. 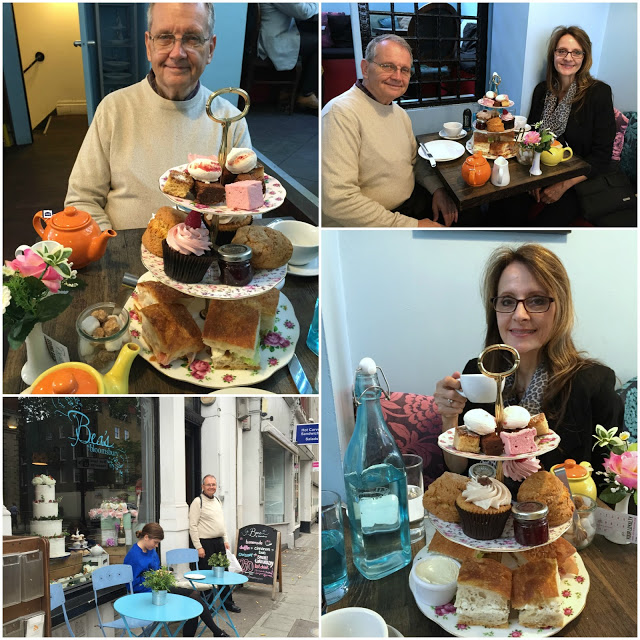 Then, how can one visit London for the first time and not enjoy a Proper English Tea! 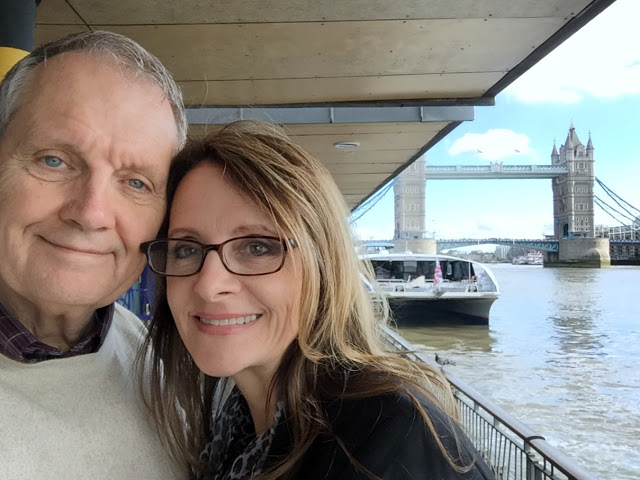 Next, we head to Tower Pier to board a boat for the Themes River Cruise. 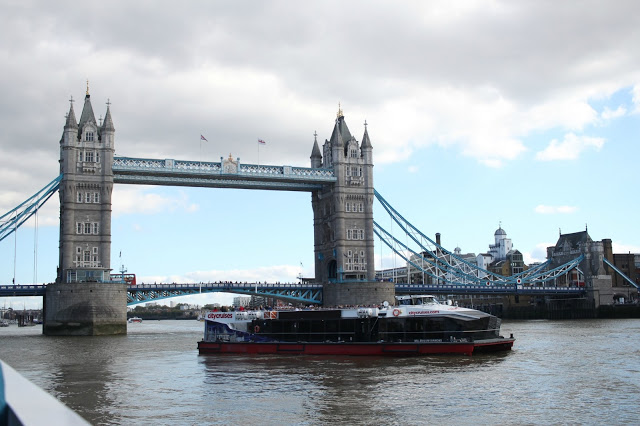 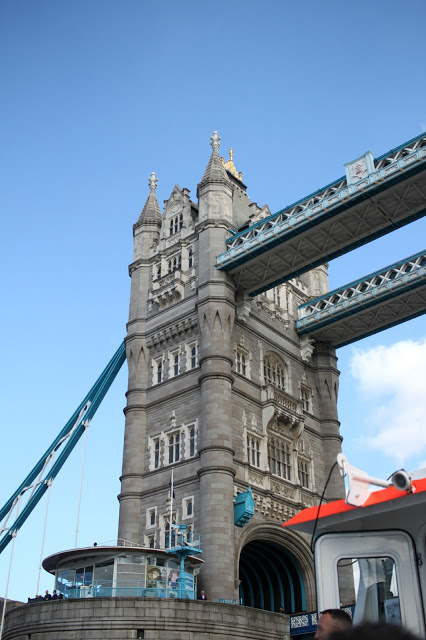 passing under the Tower Bridge 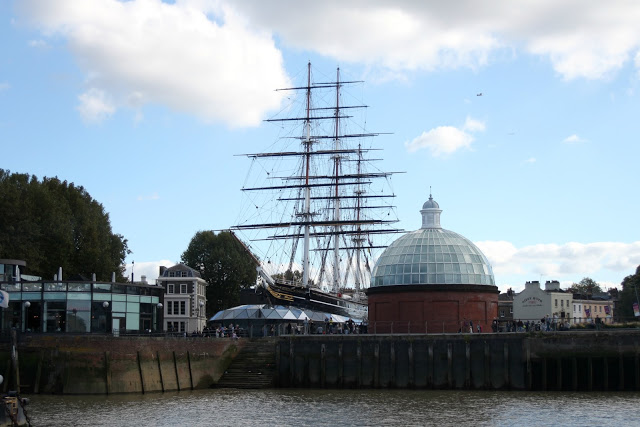 view of Greenwich and the Cutty Sark 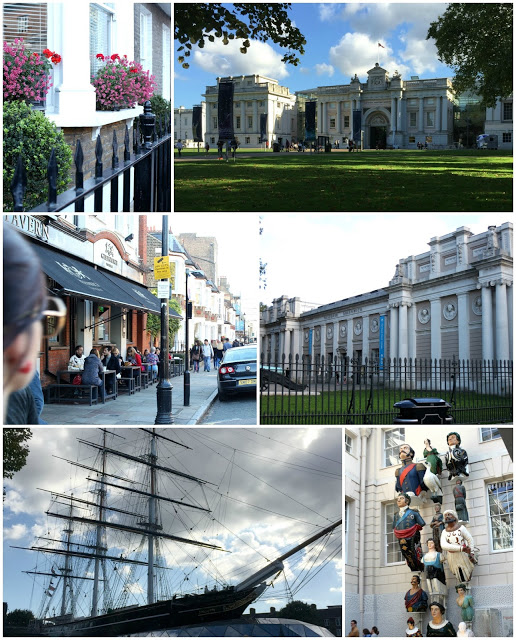 Off the cruise boat, we walked to the Naval College, the Maritime Museum and past the Cutty Sark. 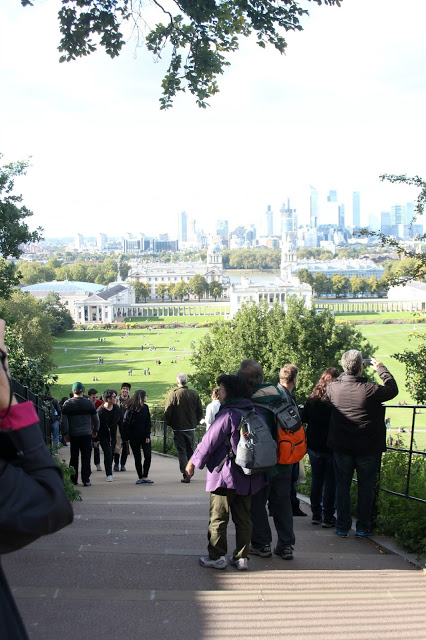 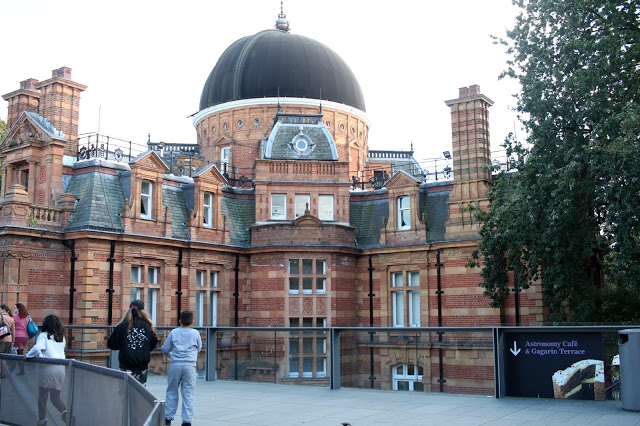 the Royal Observatory
The Royal Observatory, Greenwich, played a major role in the history of astronomy and navigation, and is best known as the location of the prime meridian. The observatory is situated on a hill in Greenwich Park, overlooking the River Thames.
The observatory was commissioned in 1675 by King Charles II, with the foundation stone being laid on 10 August. The site was chosen by Sir Christopher Wren. At that time the king also created the position of Astronomer Royal, to serve as the director of the observatory and to “apply himself with the most exact care and diligence to the rectifying of the tables of the motions of the heavens, and the places of the fixed stars, so as to find out the so much desired longitude of places for the perfecting of the art of navigation.” He appointed John Flamsteed as the first AR. The building was completed in the summer of 1676. The building was often called “Flamsteed House”, in reference to its first occupant. source 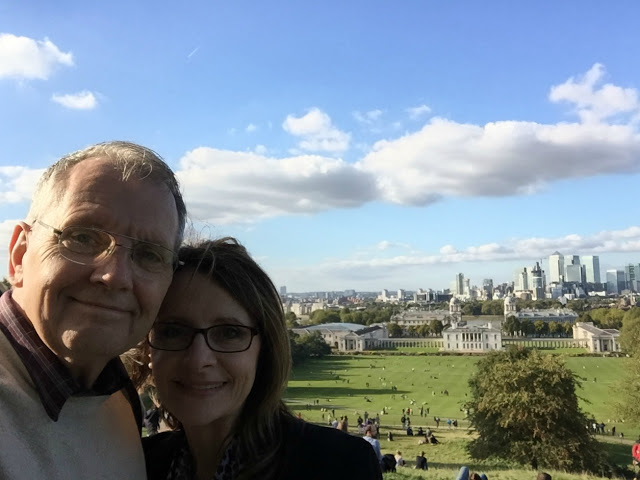 and this gorgeous view 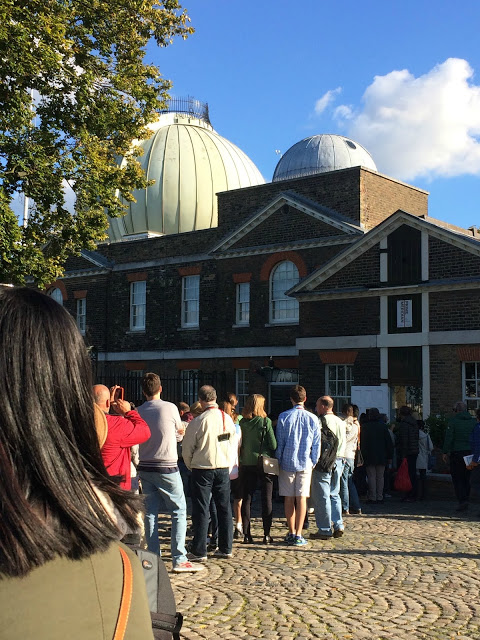 We waited our turn 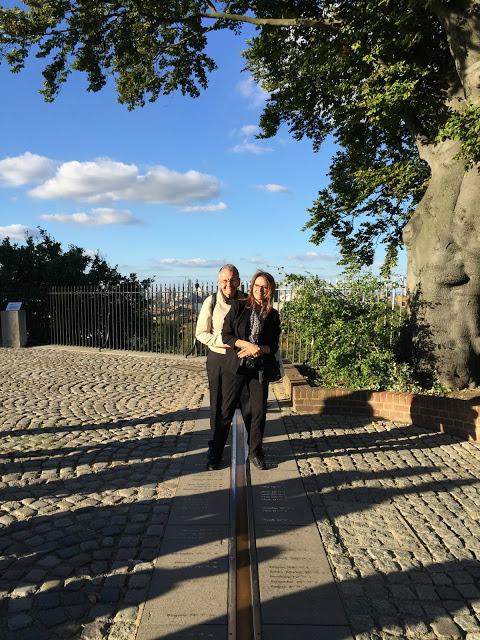 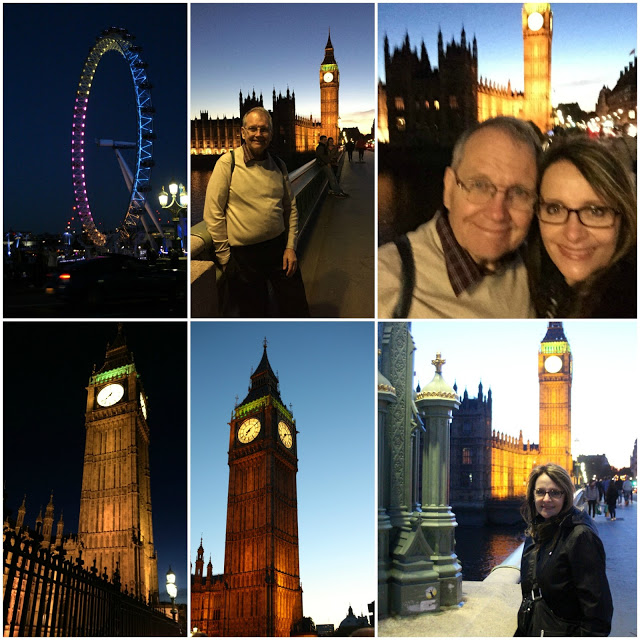 From Greenwich we headed back to the cruise boat, this time disembarking at Westminster Pier. Dusk turned to night and the evening became chilly. 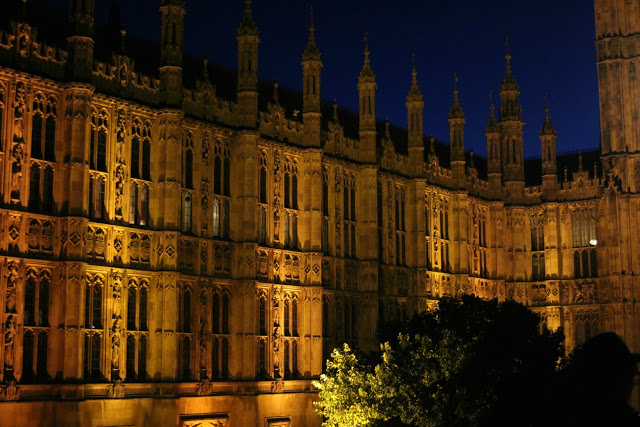 The Parliament Building in golden illumination. 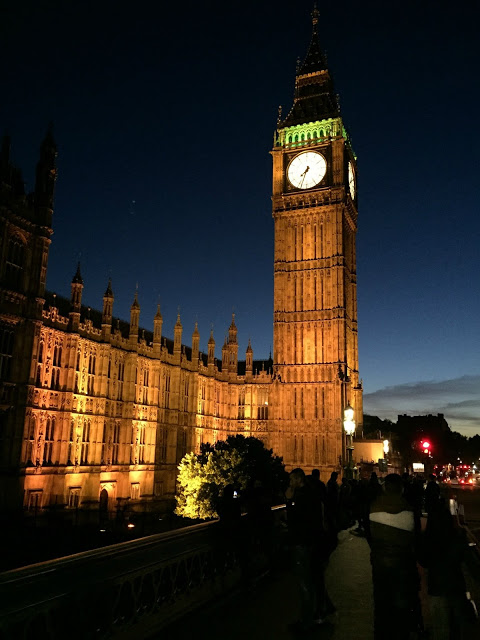 Big Ben is the nickname for the Great Bell of the clock at the north end of the Palace of Westminster in London, and often extended to refer to the clock and the clock tower. The tower is officially known as the Elizabeth Tower, renamed as such to celebrate the Diamond Jubilee of Elizabeth II. The tower holds the second largest four-faced chiming clock in the world. The tower was completed in 1858. 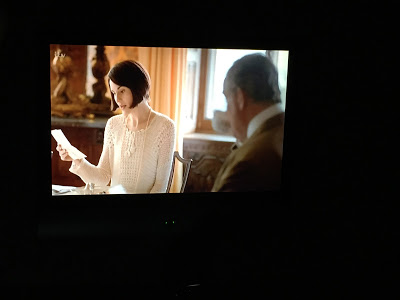 Back in our hotel room, we watched an episode of Downton Abbey that our friends back home will have to wait until January to see.

So excited to share our next day…
the most special day of our trip!