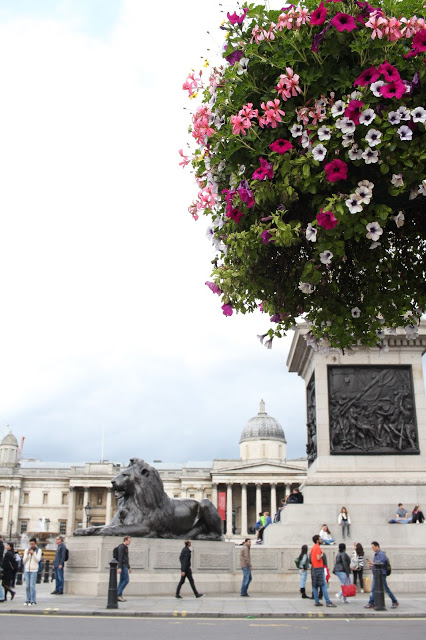 Did you guess where we’ve been from the Platform 9 3/4 photo in my last post?  It was taken in London’s King’s Cross train station during our recent visit.  We’ve been across the pond celebrating our wedding anniversary on a most exciting adventure.  My blog break was to finish up projects around the house (that, no surprise, are still are not finished) and to complete plans and itinerary for our dream trip to Europe.  Kind of a honeymoon, 40 years in the making.
Oh, what an adventure it was! All during our planning I thought, “I can’t believe we are doing this.” Now, I think, “I can’t believe were were there!”  Our heads and hearts are full of exciting memories and experiences. Each photo transports us to the very moment and the thrill returns. 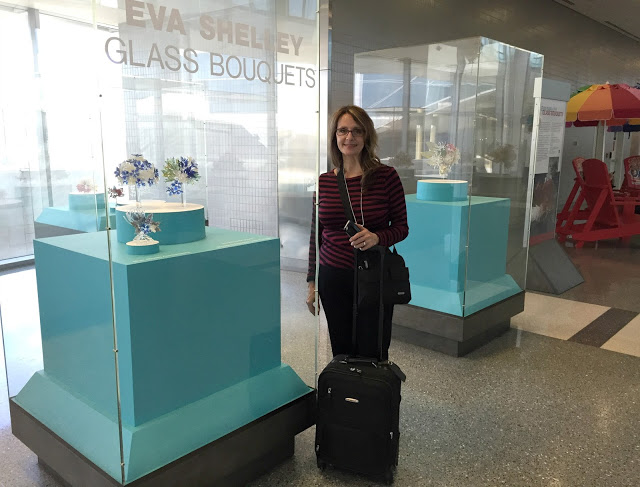 Before leaving the Philadelphia airport, we made sure to head to terminal A to see my niece, Eva’s beautiful glass bouquet display. 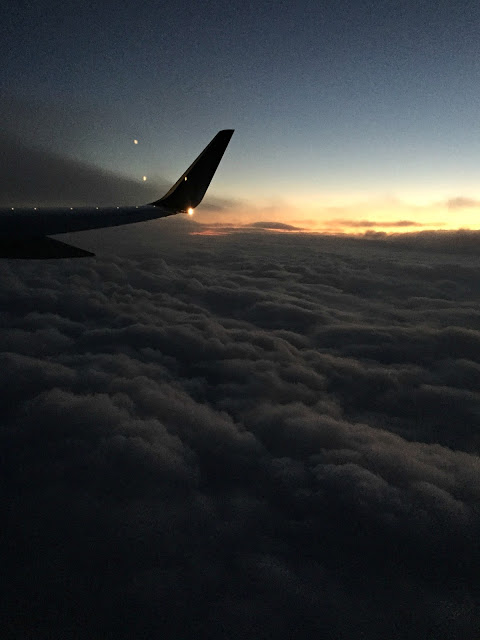 Our overnight flight arrived in London Heathrow just as dawn was breaking. The light peeking over the thick clouds as we began our descent was beautiful. The cloudy sky soon turned a beautiful blue filled with white, fluffy clouds. 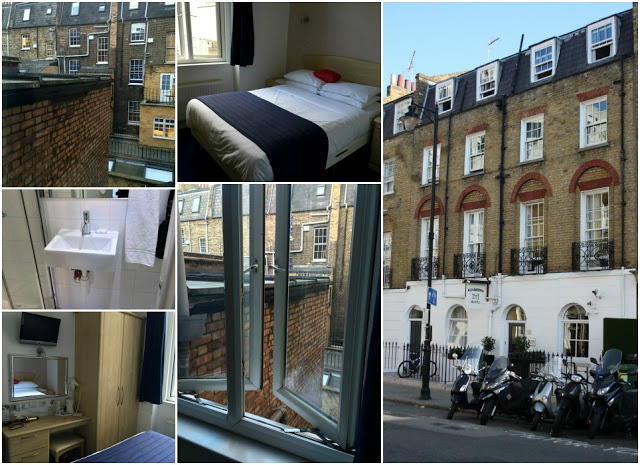 After landing, going through security, customs and baggage claim, we made our way to the Piccadilly Line to take the underground (also known as the Tube) train to Kings Cross Station. Just a short walk and we arrived at our hotel to drop off bags. The friendly and helpful staff had our room ready early.  It was small, clean, okay WiFi and a window that opened to the back of the building where the wonderful smell of cooking bacon and sausage woke us each morning as they prepared a complimentary breakfast.  We love Alhambra hotel, their very nice staff and the convenient location to transit. 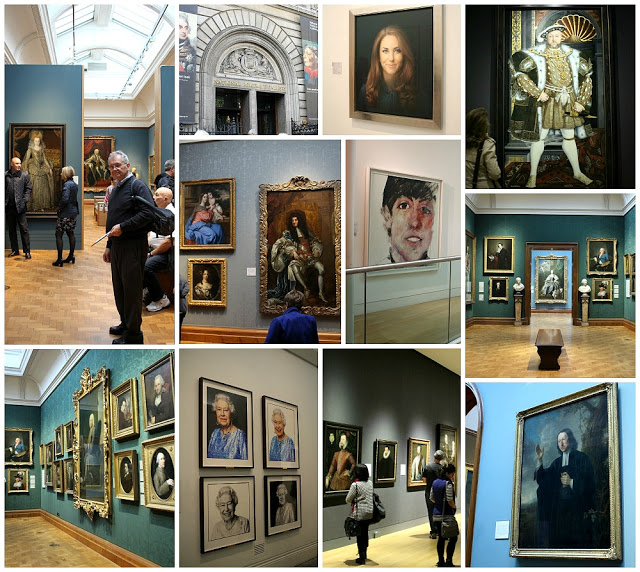 Straight way to pick up the London Pass we purchased before we left, then a walk to the National Portrait Gallery. 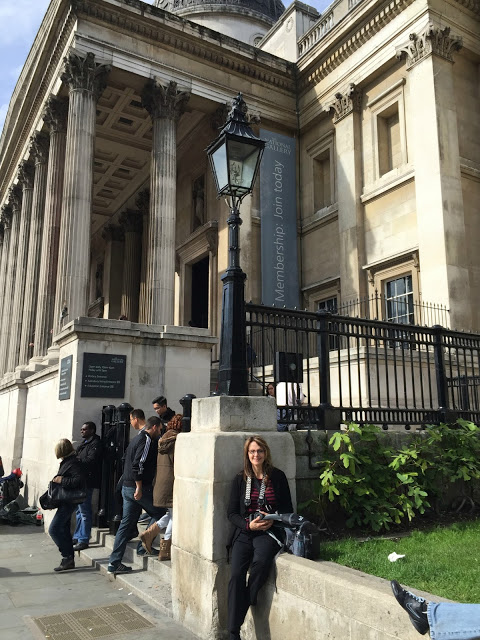 Around the corner from the National Portrait Gallery is The National Gallery where we viewed amazing works by Cézanne, Seurat, Monet, van Dyck, Rubens, van Gogh, Michelangelo, Raphael, da Vinci, Botticelli to name just a few. 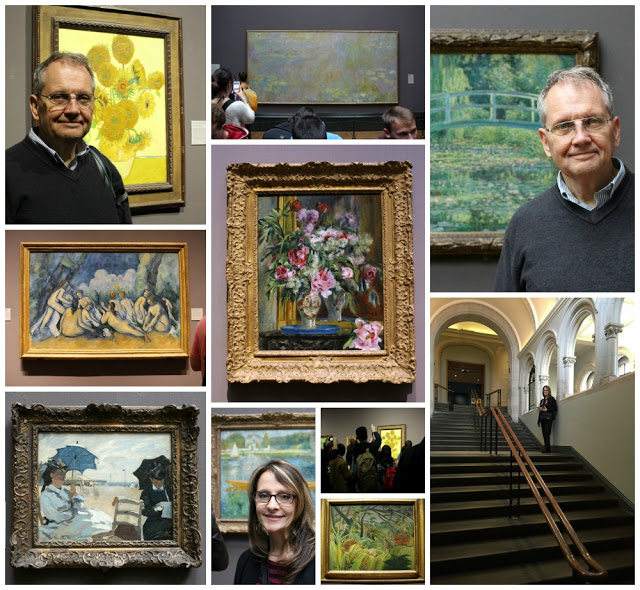 Inside The National Gallery, London
The National Gallery is an art museum in Trafalgar Square in the City of Westminster, in Central London. Founded in 1824, it houses a collection of over 2,300 paintings dating from the mid-13th century to 1900. 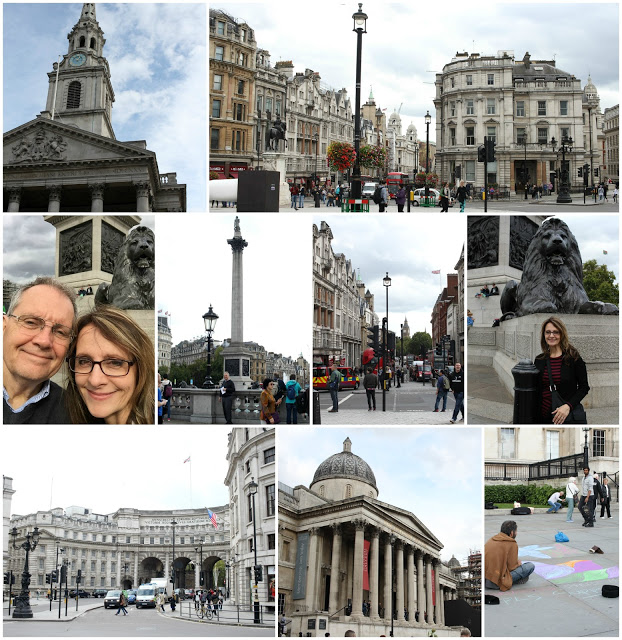 Trafalgar Square is a public space and tourist attraction in central London, built around the area formerly known as Charing Cross. From the 14th to the late 17th century, much of the area occupied by Trafalgar Square was the courtyard of the Great Mews stabling, which served Whitehall Palace.


In the early 18th century, the mews area was cleared. In 1812 the architect John Nash set about developing‘a new street from Charing Cross to Portland Place forming an open square in the Kings Mews opposite Charing Cross’. He wanted the space to be a cultural space, open to the public. In 1830, it was officially named Trafalgar Square. source

The National Gallery at Trafalgar Square 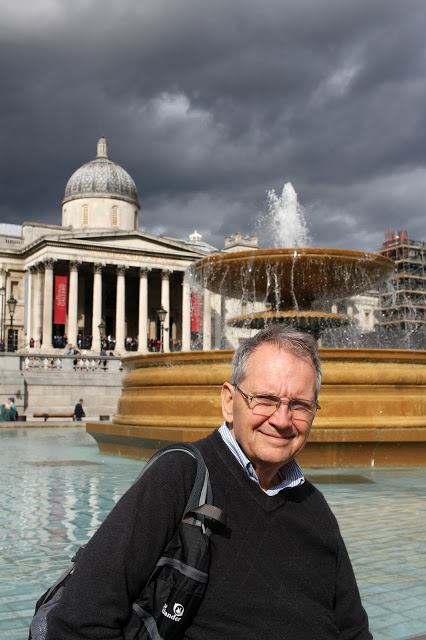 late afternoon clouds began to gather while at Trafalgar Square 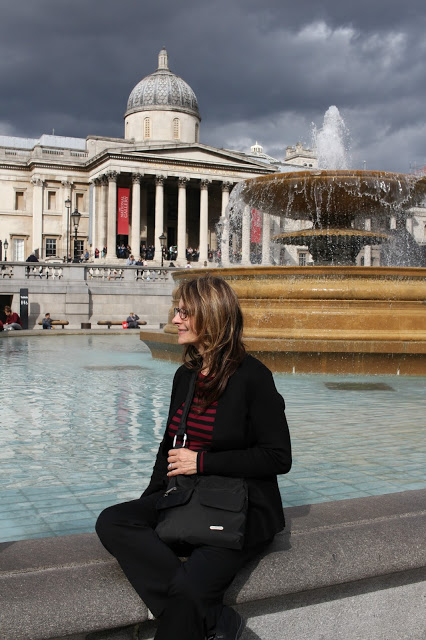 Such a vibrant and exciting open area
(I really liked the Anti-Theft Cross-Body Bag.  It was comfortable to wear, kept everything safe and I wore it from the time I left the hotel until I returned so you will see it in every photo) 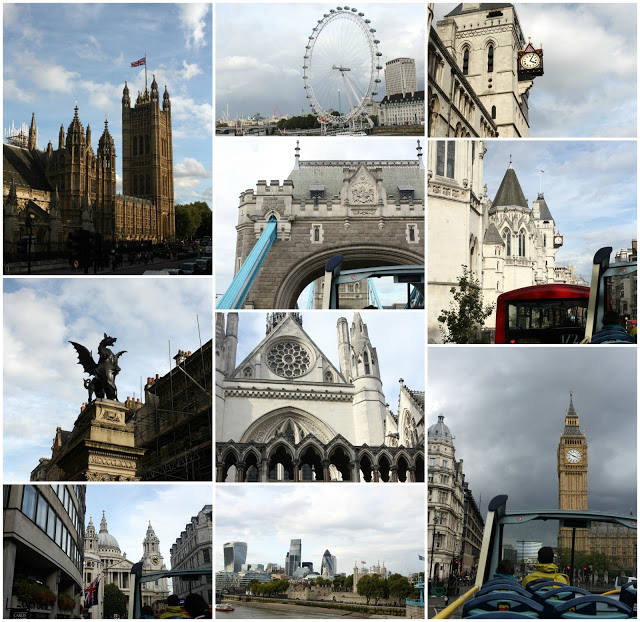 After all the walking we had done, a 2 1/2 hour Original Bus Tour provided a lovely overview and interesting drive all through London highlighting the gorgeous buildings and places. 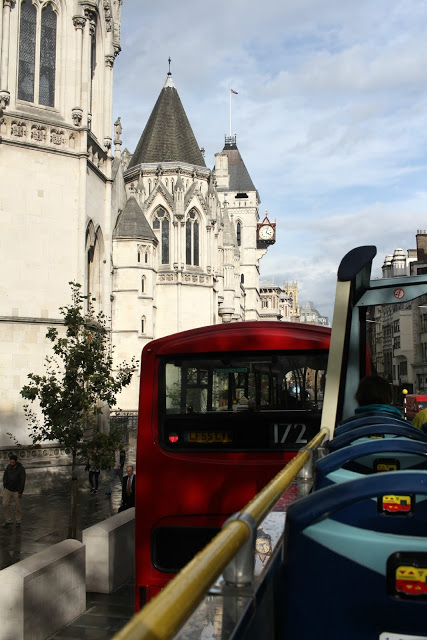 This is how it looked when we began the bus tour 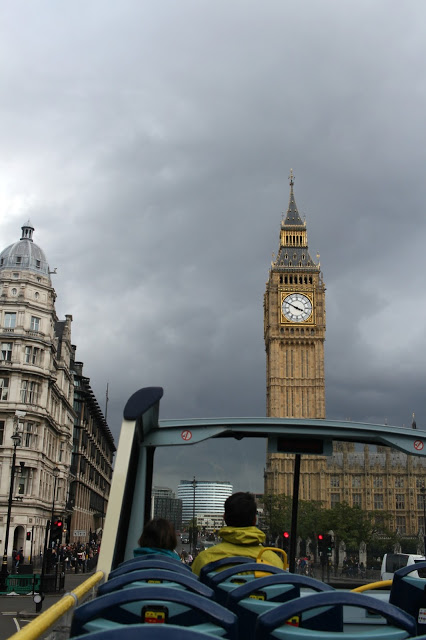 This is what happened during the tour.  We endured a cold downpour by snuggling together in our rain jackets and flimsy, plastic-baggie-style ponchos given to us by our guide.  We were the only ones to remain on the top of the bus (aside from the couple above that joined us briefly). But, freezing as we were, we enjoyed this London experience. Incredibly, this downpour was the only rain we had during the entire week in London! We had glorious weather!

After the bus tour it was a tube ride back to King’s Cross station and a short walk to our hotel for much needed sleep. We had been up for more than 33 hours with only a brief nap on the airplane.
London time was 5 hours ahead of our local time but we did not experience jet lag. Just too excited, I guess.