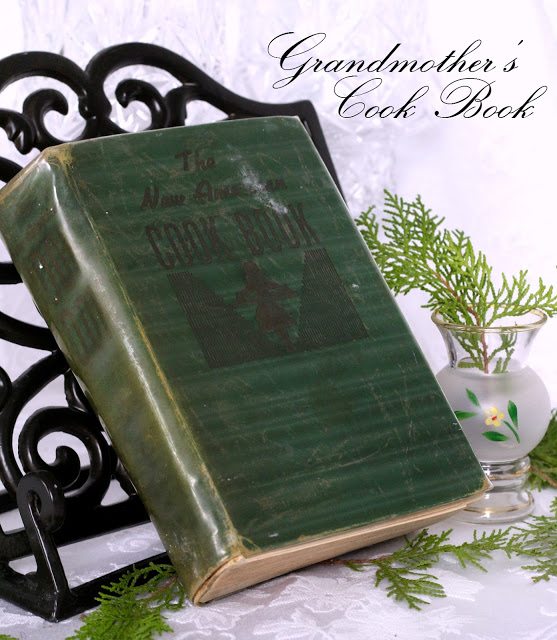 I searched through all my cookbooks looking for a Cottage Cheese Pie recipe. It isn’t a well know dessert these days and even my Betty Crocker cookbook from the mid-seventies didn’t have it. Then I remembered a cookbook that belonged to my grandmother. 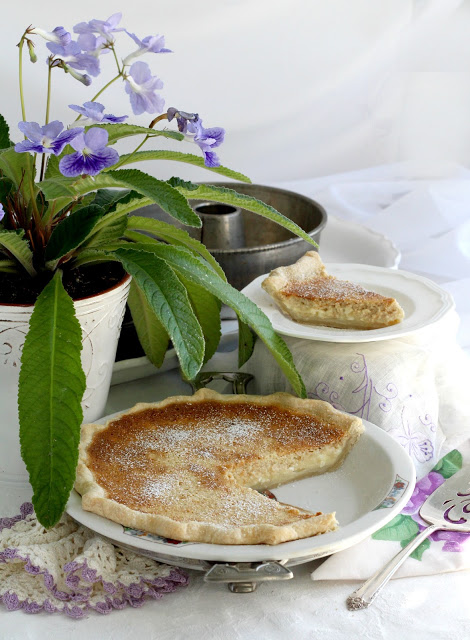 I didn’t get to know my grandmother. She died 6 years before I was born. My mom gave me the cookbook and I only glanced through the pages thinking the recipes and techniques were outdated. The cookbook sat on a shelf for a long time. 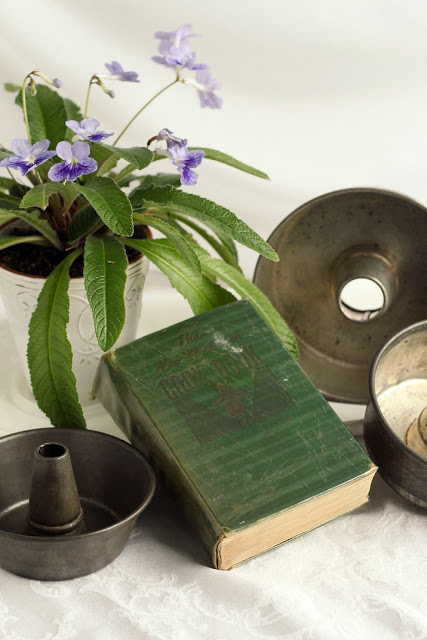 Now, leafing through the pages, I am impressed by the thorough content and overall completeness
this volume holds. In addition to almost 4000 recipes covering all the usual categories there are also sections on Liquors, Cocktails, Wines, The efficient Kitchen, Design and Equipment for the Kitchen, Menu Planning for Health and Pleasure, Menu’s for Entertaining, Carving, Setting the Table, and Herbs and Spices.
The Menu Planning for Health and Pleasure section is so informative. I love the opening paragraphs of this chapter:
The clever homemaker knows that her meals do more for her family than satisfy hunger and please tastes. She has full understanding that the bodies of all members of her family are composed of many chemicals, combined together in such a manner as to form skin, blood, muscles, bones, hair and all of the other component parts of the human frame.
She realizes that each of those she loves so well are constantly exhausting those chemicals in many ways – by exertion, by growing, by the normal function of the organs, by digestion, elimination, and respiration, and in other ways. Her task, as the menu planner of the home, is to restore those lost chemicals in the proper quantities and form.
If she does her task well, she is amply recompensed when she sees healthy complexions, strong teeth, happy smiles, and unimpaired vigor and vitality. Her well-done dietary work also pays huge dividends in the form of smaller doctor’s bills, infrequent colds and minor aliments, and in sunny dispositions. (page 817)
The New American Cook Book covers the various economic stations. Menus for minimum-cost diets to Entertaining with a Servant’s help. 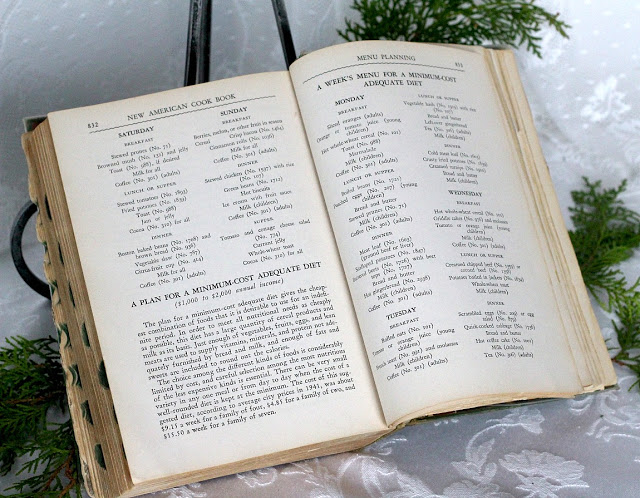 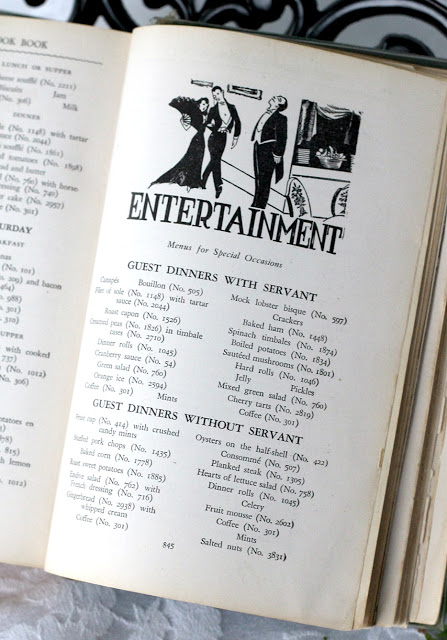 None of our family members had servants or maids but for those who did, these special occasion menus are suggested. 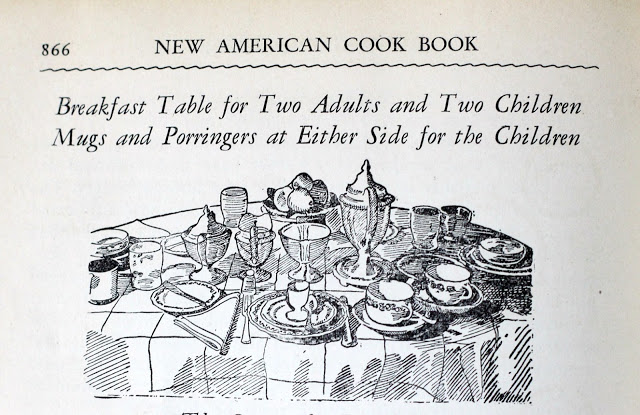 Many times I have set a special breakfast table when our grandchildren are visiting and I try to make it extra pretty. Seeing this illustration makes me want to do it again. I’ll just have to search for some porringers 😉 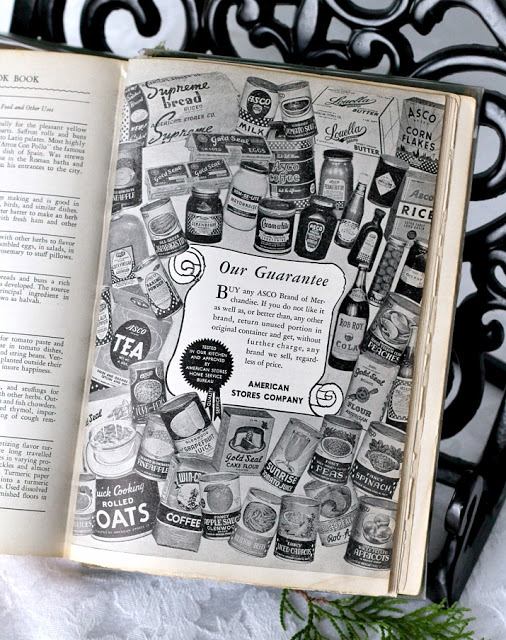 I did a search to learn more about this ASCO brand of products. Here is what Wikipedia says about American Stores Company:
American Stores Company was an American public corporation and a holding company which ran chains of supermarkets and drugstores in the United States from 1917 through 1999. The company was incorporated in 1917 when The Acme Tea Company merged with four small Philadelphia, Pennsylvania area grocery stores (Childs, George Dunlap, Bell Company and A House That Quality Built) to form American Stores. In the following eight decades, the company would expand to 1,575 food and drugstores in 38 states with $20 billion in annual sales in 1998.
I did find a recipe for cottage cheese pie in this cook book. Wondering if this sweet, humble, pie just might have been served at my grandmother’s table. 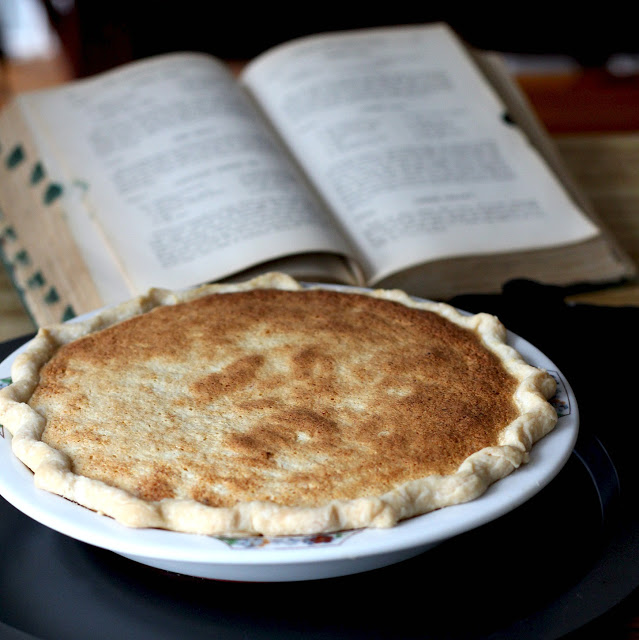 There are affiliate links in this post. That means if you buy something from that link, I will earn a small commission, but it won’t cost you anything additional.