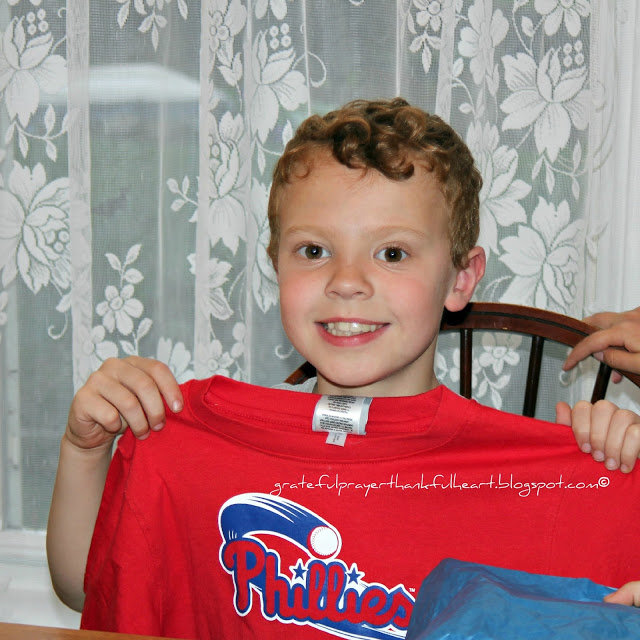 Every so often Ryan’s birthday falls on Easter Day 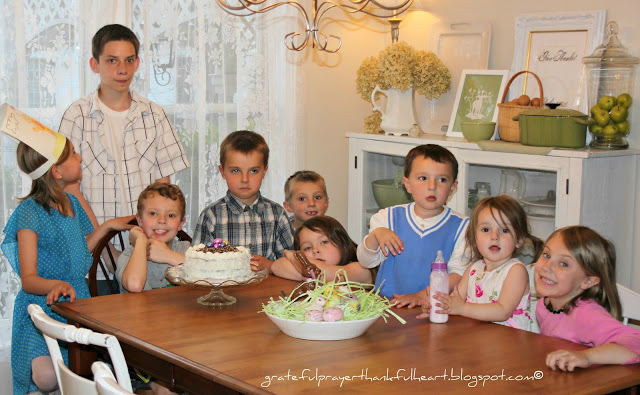 So this year, after our dinner, we celebrated his 9th birthday with cake. 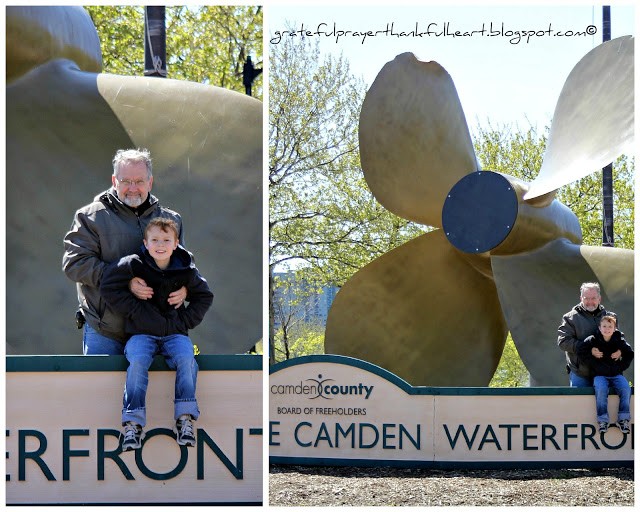 On Saturday it was a special outing with just Ryan, Pop-Pop and Mom-Mom. We visited the Battleship USS New Jersey berthed at the Camden waterfront and afterward we gave him the choice to eat whatever he wanted.  His firm decision was someplace that served pizza! 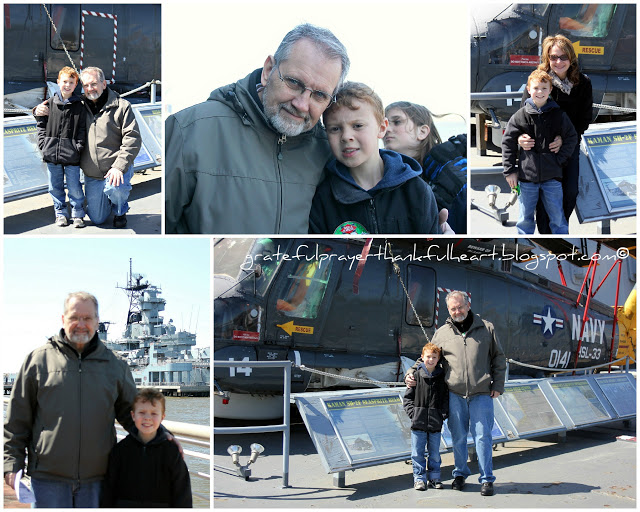 It was a chilly day as we took the tour. The Battleship New Jersey was built at the Philadelphia Naval Shipyard, and launched December 7, 1942- just a year after the Pearl Harbor Attack brought America into WWII.
~*~

At 887 feet of armor-plated steel, the 45,000-ton Battleship New Jersey dominates not only the New Jersey waterfront, but also American naval history. Winding through tight, narrow companionways, visitors see the communication center, officers’ and enlisted men’s mess halls and sleeping quarters, which range from small private rooms for senior officers to even smaller cots stacked atop each other for enlisted men.


The dimly lit Combat Engagement Center displays radar and sonar tracking stations, while videos show the launch of Tomahawk missiles. A highlight of the tour is the turret where 2,700-pound shells were loaded and fired. Best of all, some of the tour guides served active duty on the “Big J” and are more than happy to share their personal experiences. (source) 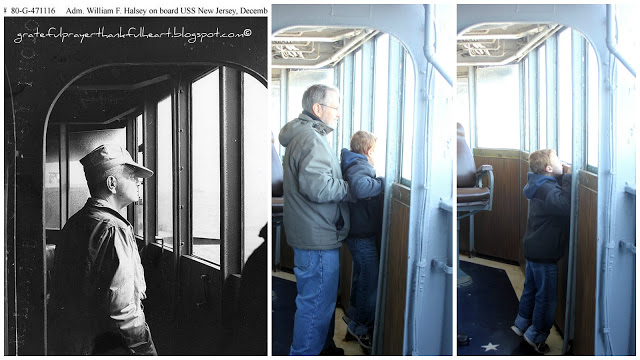 I took a photo of Ryan and John standing at the same spot and looking out the same windows where  Admiral William F Halsey stood.  He choose the USS New Jersey as his flagship. 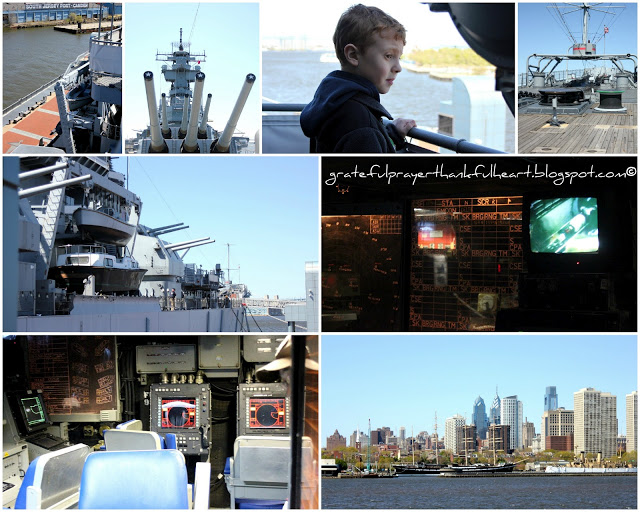 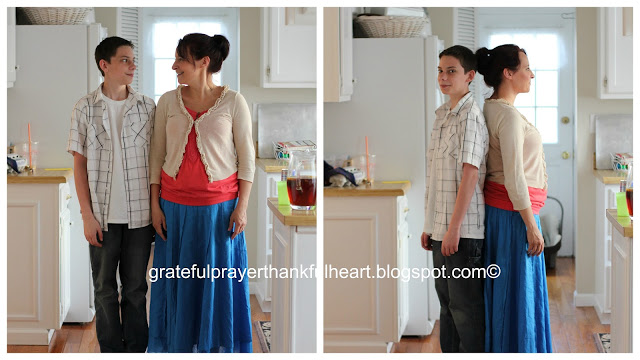 We were all together for Easter day.
We discovered Jared is now as tall as his Aunt Jamie! 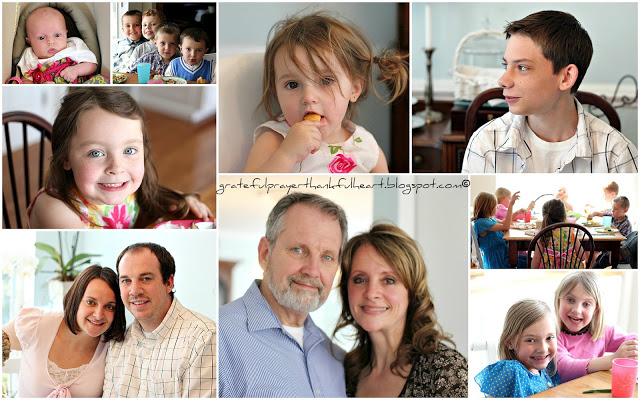 Kids ate in the kitchen, grownups (and Cambrie & Chloe) in the dining room.
There were lots of giggles and happy talk around each table. 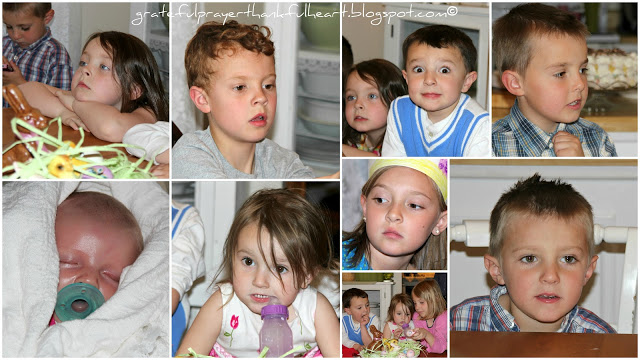 By the end of the day, we had some tuckered-out children!