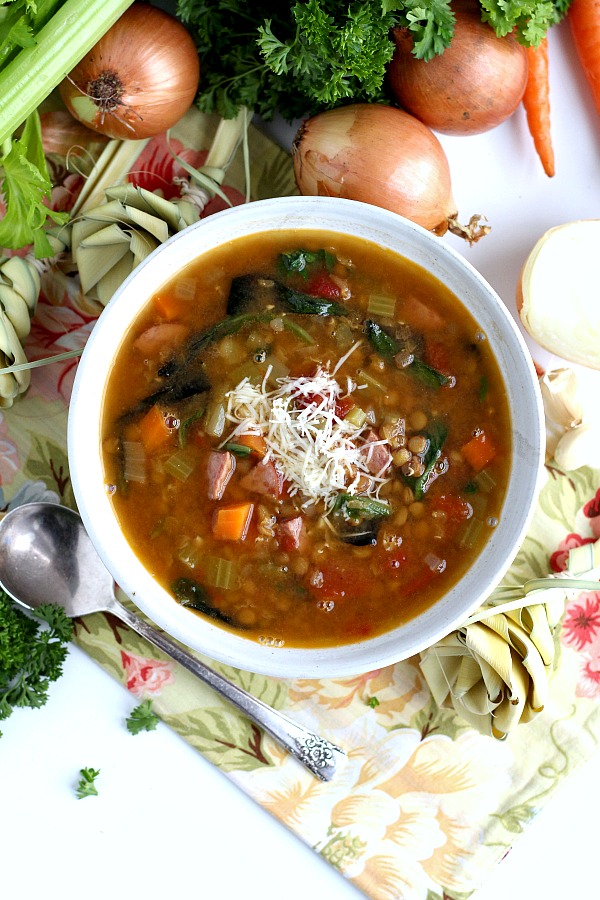 We have been digging out of heavy snow left by a recent Nor’easter. The weight of the snow broke many branches and left our huge evergreen bushes lying crushed on the ground. After all of the shoveling, we’ve been warming up with soup. Hearty Charleston Lowcountry Lentil Soup specifically. This southern recipe is easy and full of carrots, celery, onion, tomatoes and of course, lentils. Inspired by a recent visit to Charleston, South Carolina. 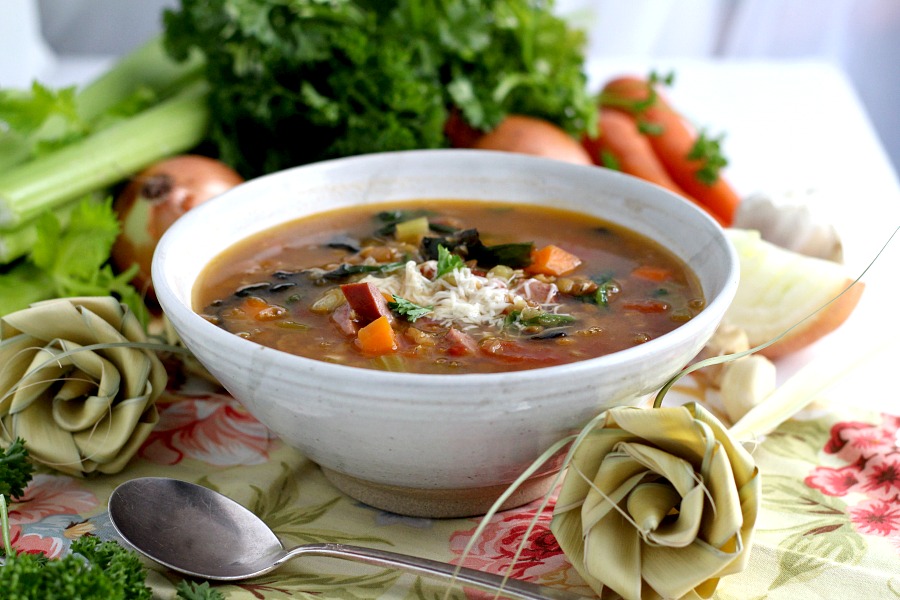 The Lowcountry, or sometimes called Low Country is a region along South Carolina’s coast. It was once known for its slave-based agricultural wealth in rice and indigo that flourished in the hot subtropical climate. Today the Lowcountry is known for its historic cities and communities, beautiful environment and cultural heritage. 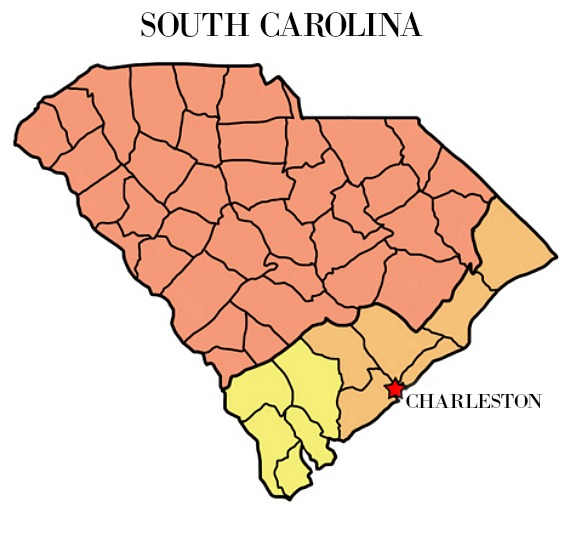 Lowcountry extends 80 miles to the Atlantic Seaboard Fall Line. The subtropical climate gives it a longer growing season than its neighbors, and early settlers took advantage of that by producing rice, indigo, and cotton in mass quantities. In later years, the Lowcountry developed other economic sectors including tourism.  There are many attractions that bring visitors including resorts, historic and cultural sites, and natural features. 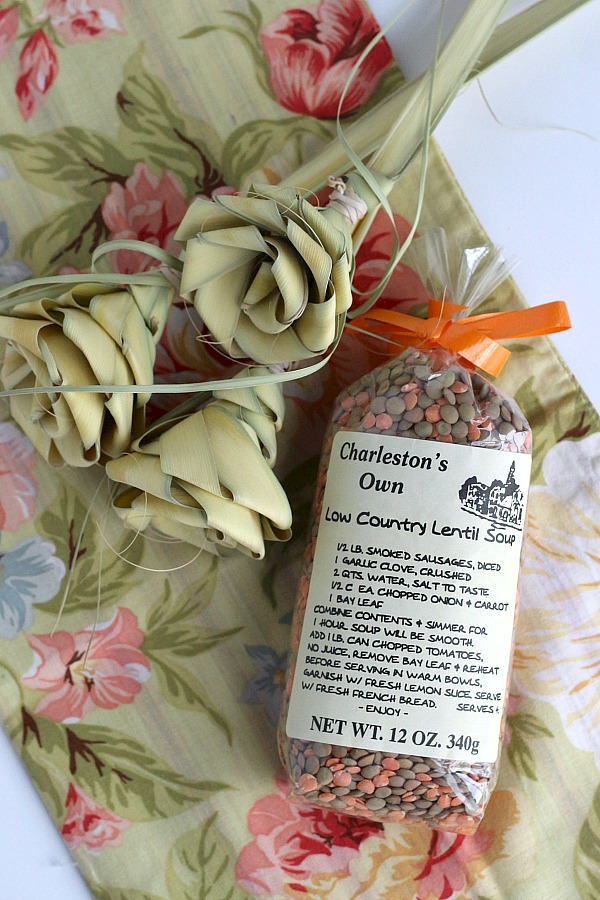 Like most varieties of southern cuisine, Lowcountry is a hodgepodge of many influences. African, French, English strongly influence these dishes. Some describe Lowcountry cuisine as similar to Creole cooking but with a heavier African influence using ingredients such as okra, eggplant, and benne (sesame).

Lowcountry food is comfort food, and is best eaten in the warm familiarity of someone’s home. The cuisine based on rice and the area’s abundant seafood, is often centered around large, one-pot meals like gumbos, catfish stew, shrimp and grits. Many recipes are credited to African-Americans of West African heritage known as the Gullah. 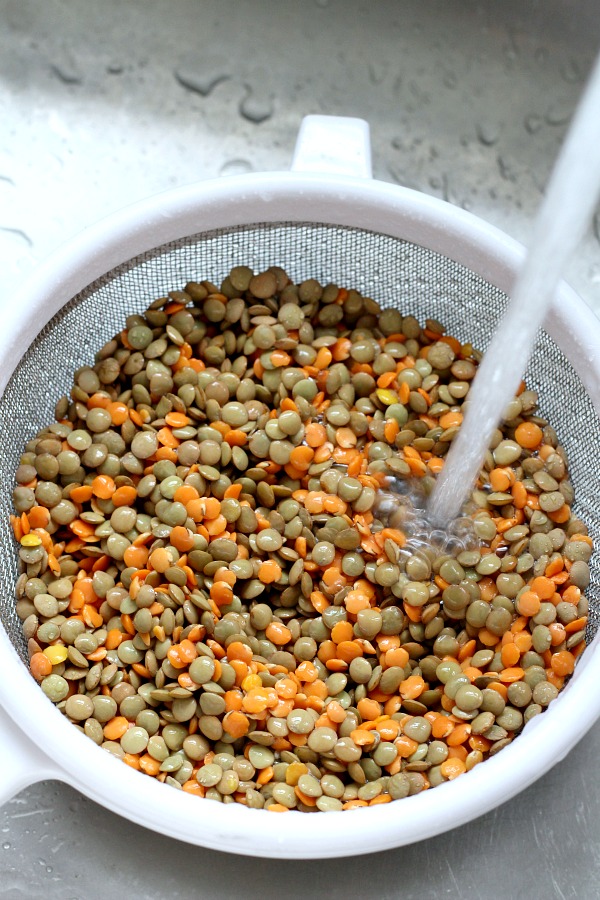 Among other regional foods I bought during our visit to South Carolina was a packet for Charleston Lowcountry Lentil Soup. I adapted the recipe on the package when I made a pot full of Charleston tradition. Any lentils can be used but be sure to rinse and pick through. 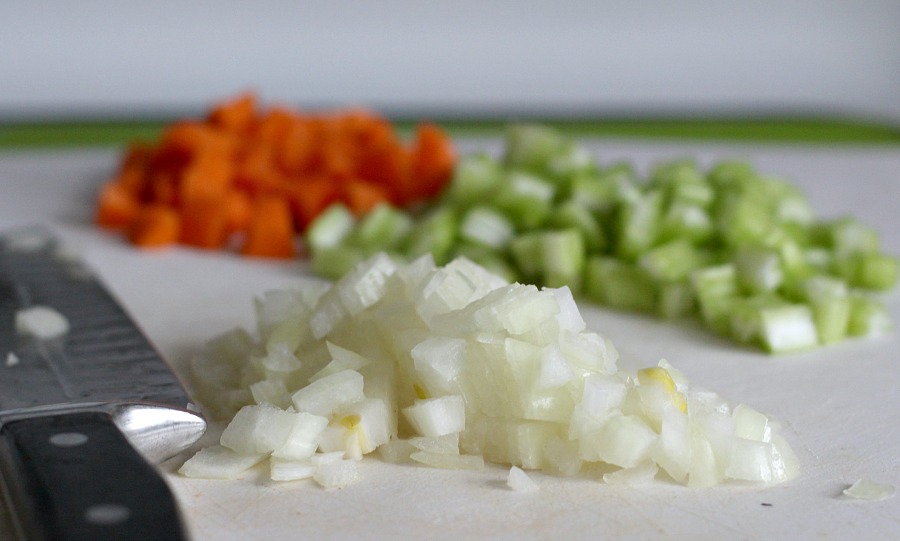 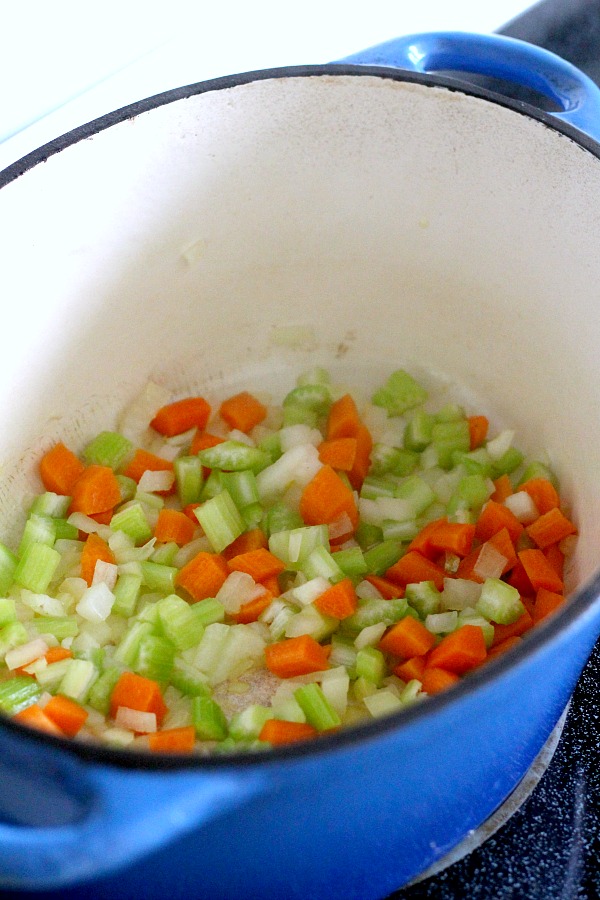 Heat oil in a heavy bottomed Dutch oven; add the veggies and cook until softened. 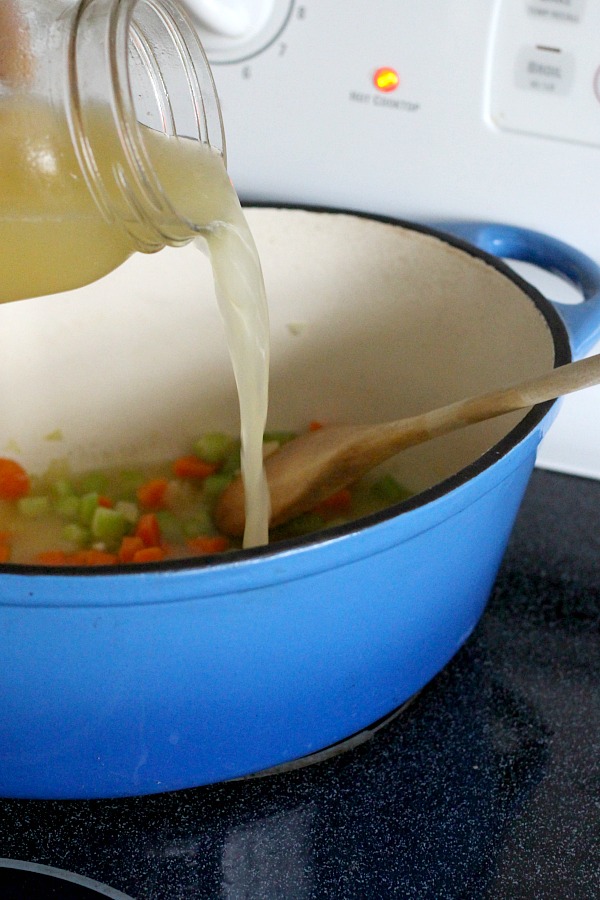 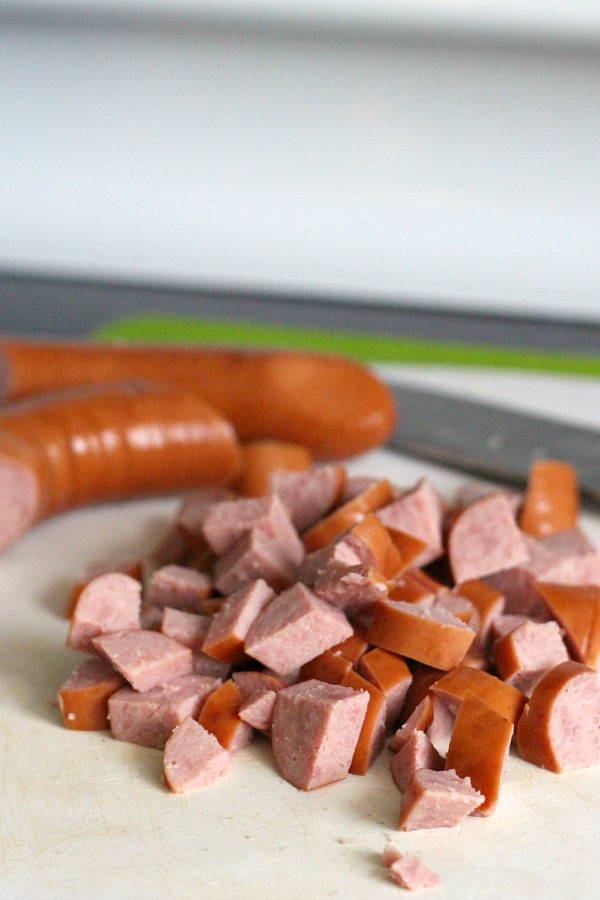 Stir in chopped smoked sausage. The sausage can be tossed in with the veggies to brown slightly or they can just be added here with the broth. 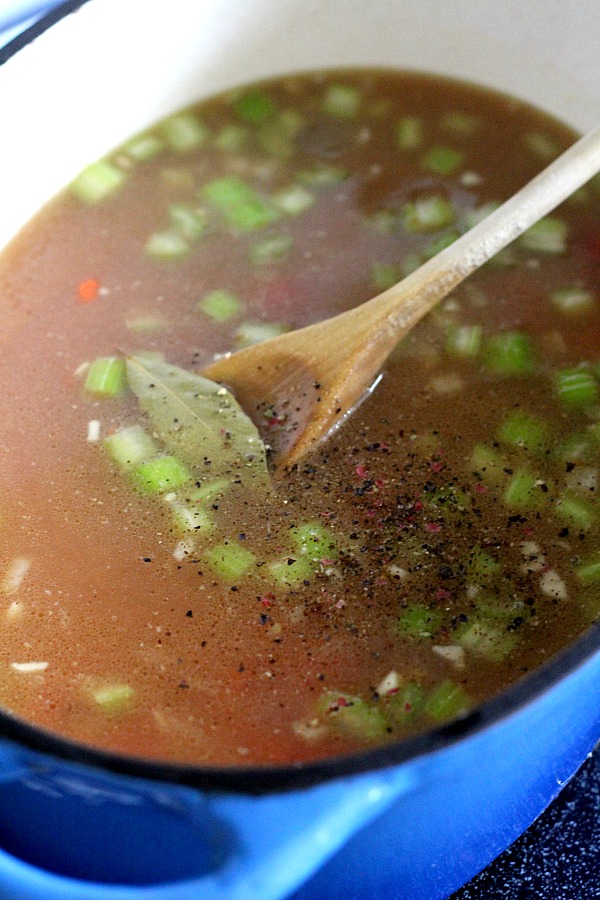 Heat just to a boil; reduce the heat to low, cover and cook at a low simmer until the lentils are tender. 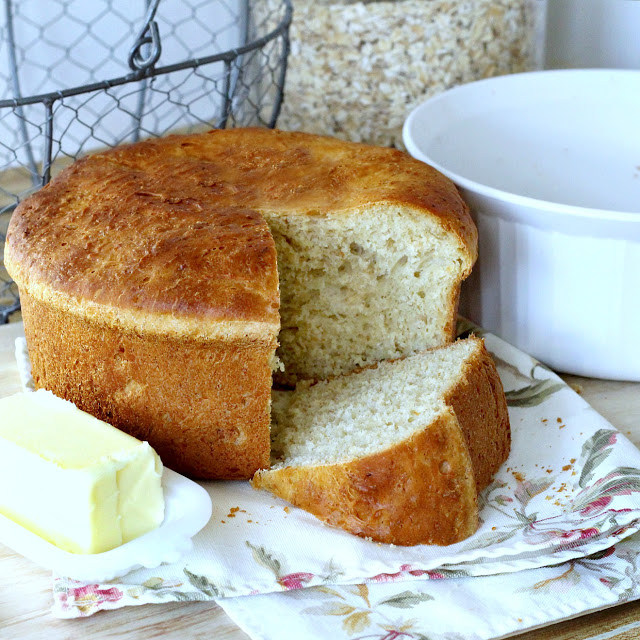 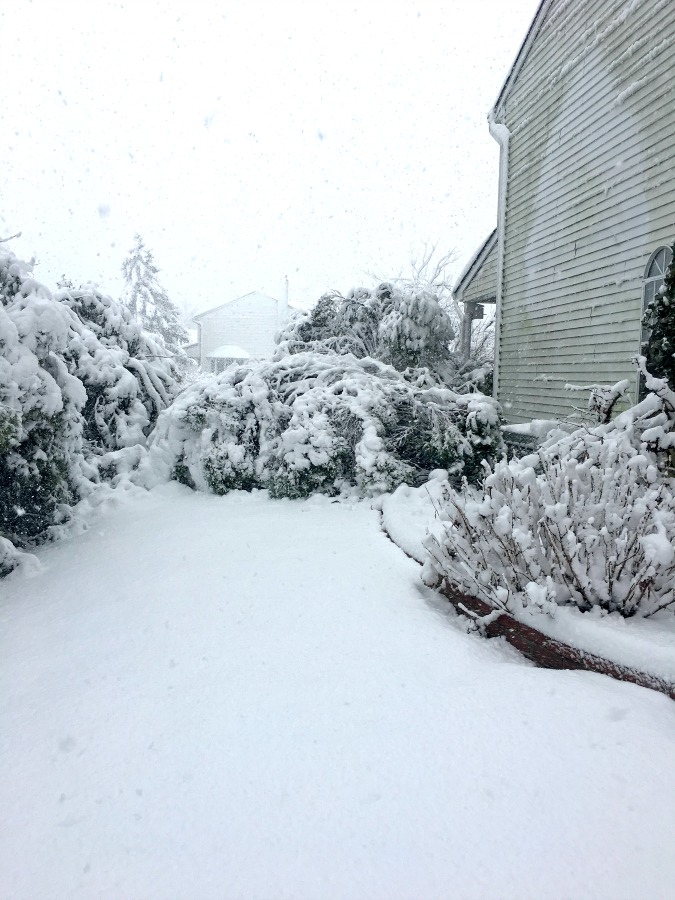 We haven’t started clean up yet after the snow. You can see from the image on the house just how large this evergreen was. And to think, it was just a foot high 33 years ago when we planted it. Others around the house are in the same condition.

This scene is a far cry from the Charleston & Folly Beach strolls we enjoyed less than two weeks ago.