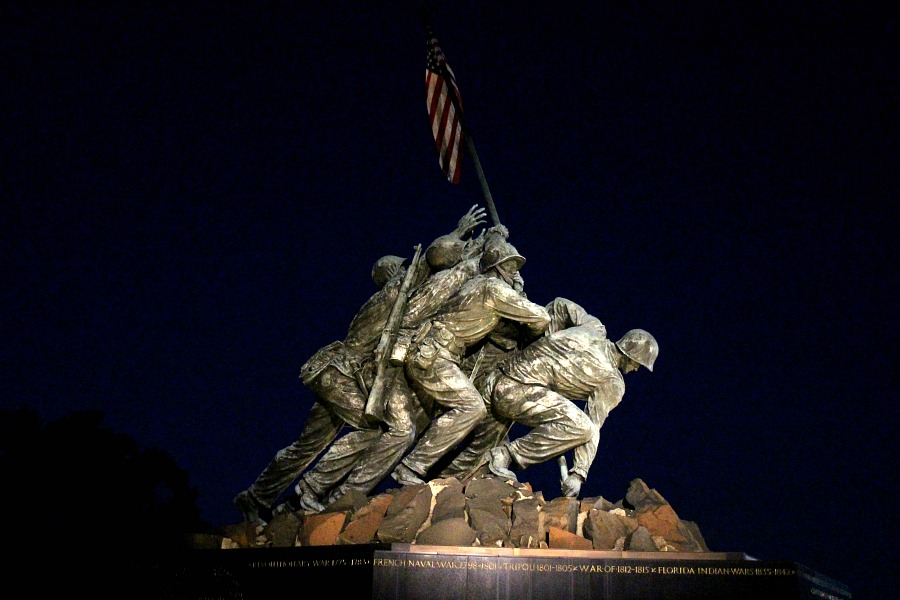 If you are planning a trip to Washington, DC, don’t miss the US Marine Corp War Memorial! This impressive Iwo Jima statue with thirty-two foot high figures are shown raising a 60-foot bronze flagpole. The flag at the top of the pole flies at full mast 24 hours a day, 365 days a year by presidential proclamation.

The evening of our first day in Washington DC, we visited the US Marine Corps War Memorial, sited at the entrance to Arlington National Cemetery, in Arlington Ridge Park, Arlington, Virginia.
Seeing this statue is amazing and seeing it at night is even more so. Much larger than it appears in photos, the entire memorial is about 78 feet tall.
While the statue depicts one of the most famous incidents of World War II, the memorial is dedicated to all Marines who have given their lives in defense of the United States since 1775. source 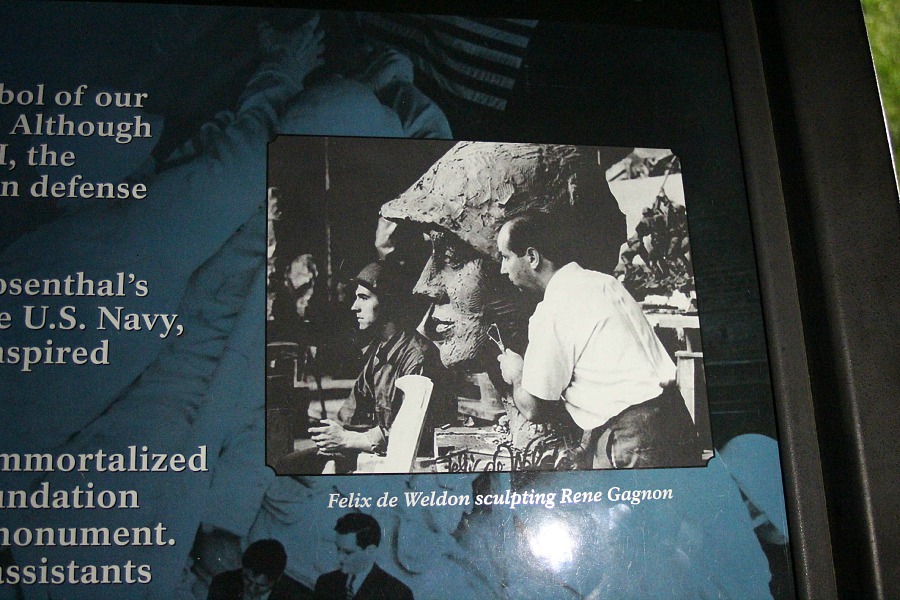 The Picture behind the Statue

The tiny island of Iwo Jima lies 660 miles south of Tokyo. Mount Suribachi, an extinct volcano that forms the narrow southern tip of the island, rises 550 feet to dominate the ocean around it. US troops had recaptured most of the other islands in the Pacific Ocean that the Japanese had taken in 1941 and 1942. In 1945 Iwo Jima became a primary objective in American plans to bring the Pacific campaign to a successful conclusion.
On the morning of February 19, 1945, the 4th and 5th Marine Divisions invaded Iwo Jima after an ineffective 72-hour bombardment. The 28th Regiment of the 5th Division, was ordered to capture Mount Suribachi. They reached the base of the mountain on the afternoon of February 21 and, by nightfall the next day, had almost completely surrounded it.
On the morning of February 23, Marines of Company E, 2nd Battalion, started the tortuous climb up the rough terrain to the top. At about 10:30 am men all over the island were thrilled by the sight of a small American flag flying from atop Mount Suribachi. That afternoon, when the slopes were clear of enemy resistance, a second, larger flag was raised by five Marines and a Navy hospital corpsman: Sgt. Michael Strank, Cpl. Harlon H. Block, Pfc. Franklin R. Sousley, Pfc. Rene A. Gagnon, Pfc. Ira Hayes, and PhM. 2/c John H. Bradley, USN. source 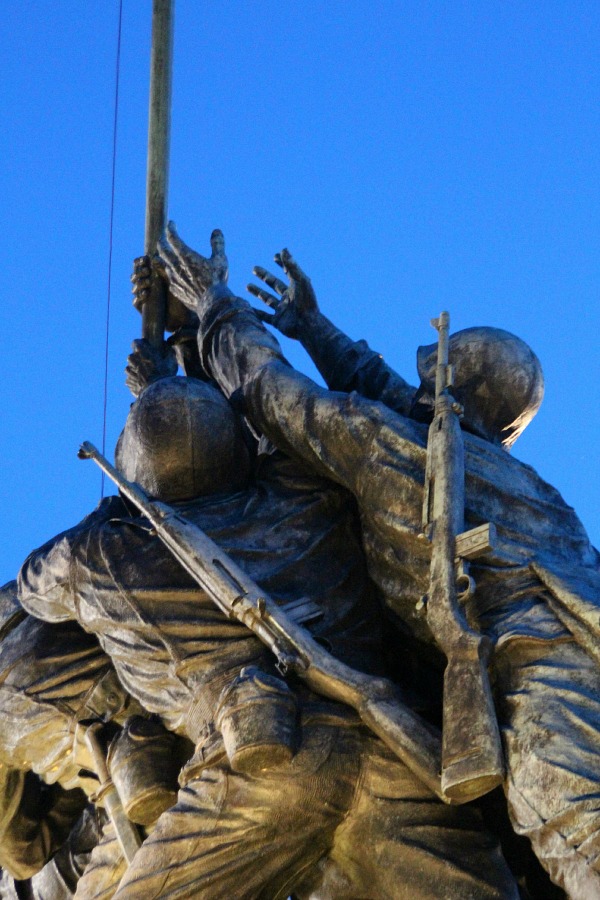 The figures in the statue occupy the same positions as in Rosenthal’s historic photograph. Ira Hayes is the figure farthest from the flagpole with both hands reaching up.
The M-l rifle and the carbine carried by two of the figures are 16 and 12 feet long, respectively. The canteen would hold 32 quarts of water. 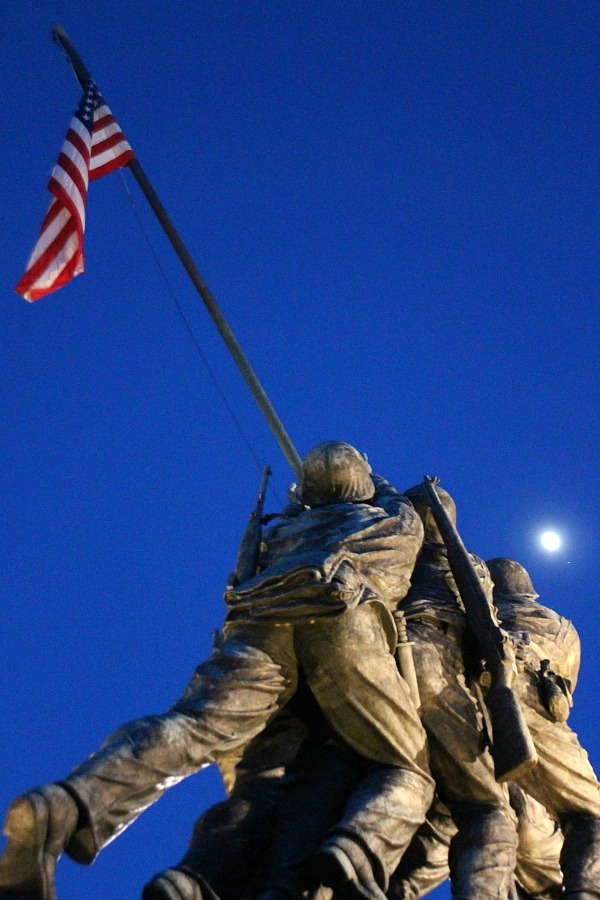 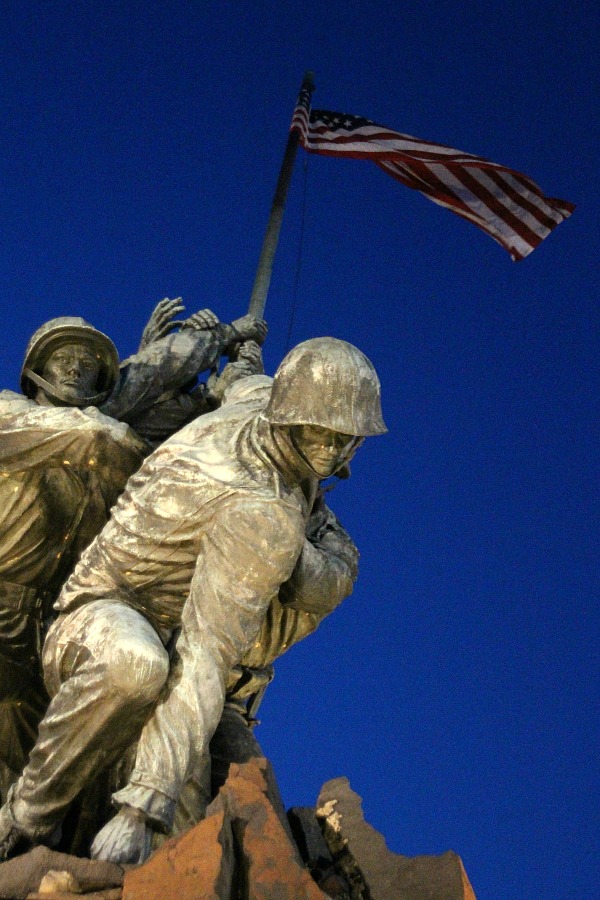 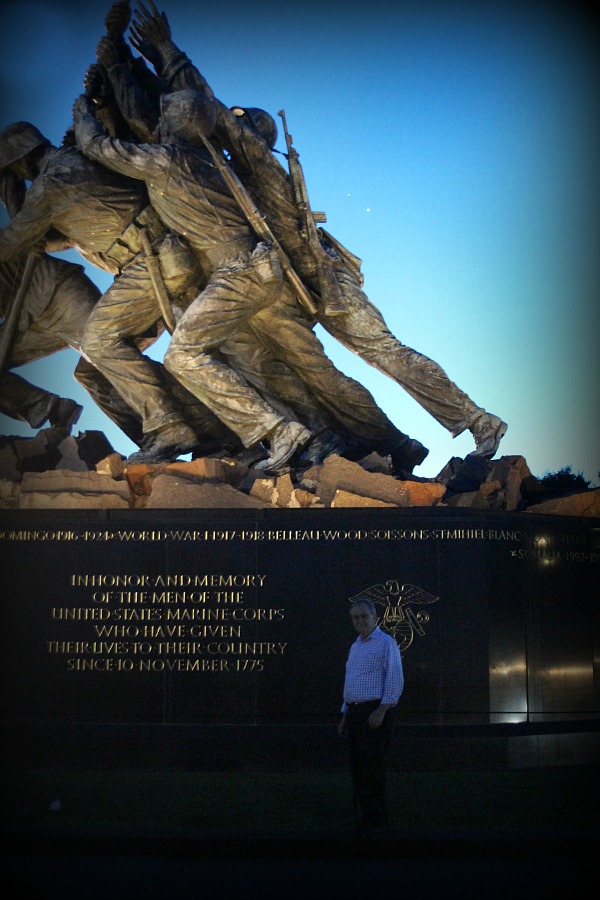 For perspective of just how large the figures are, you can compare John’s height on this photo.
Granite for the base came from Sweden. The names and dates of every principal Marine Corps engagement since the founding of the Corps form a gold ring around the base. 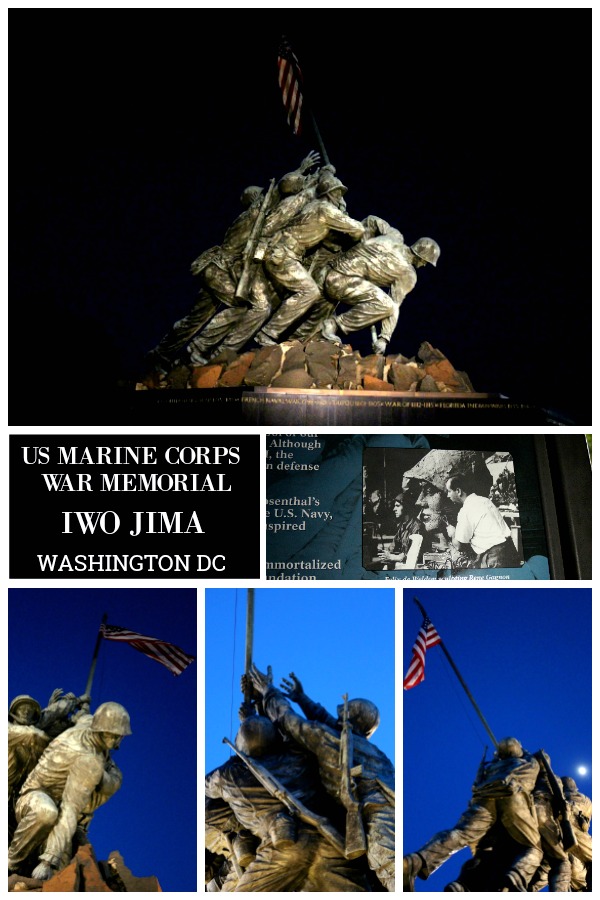 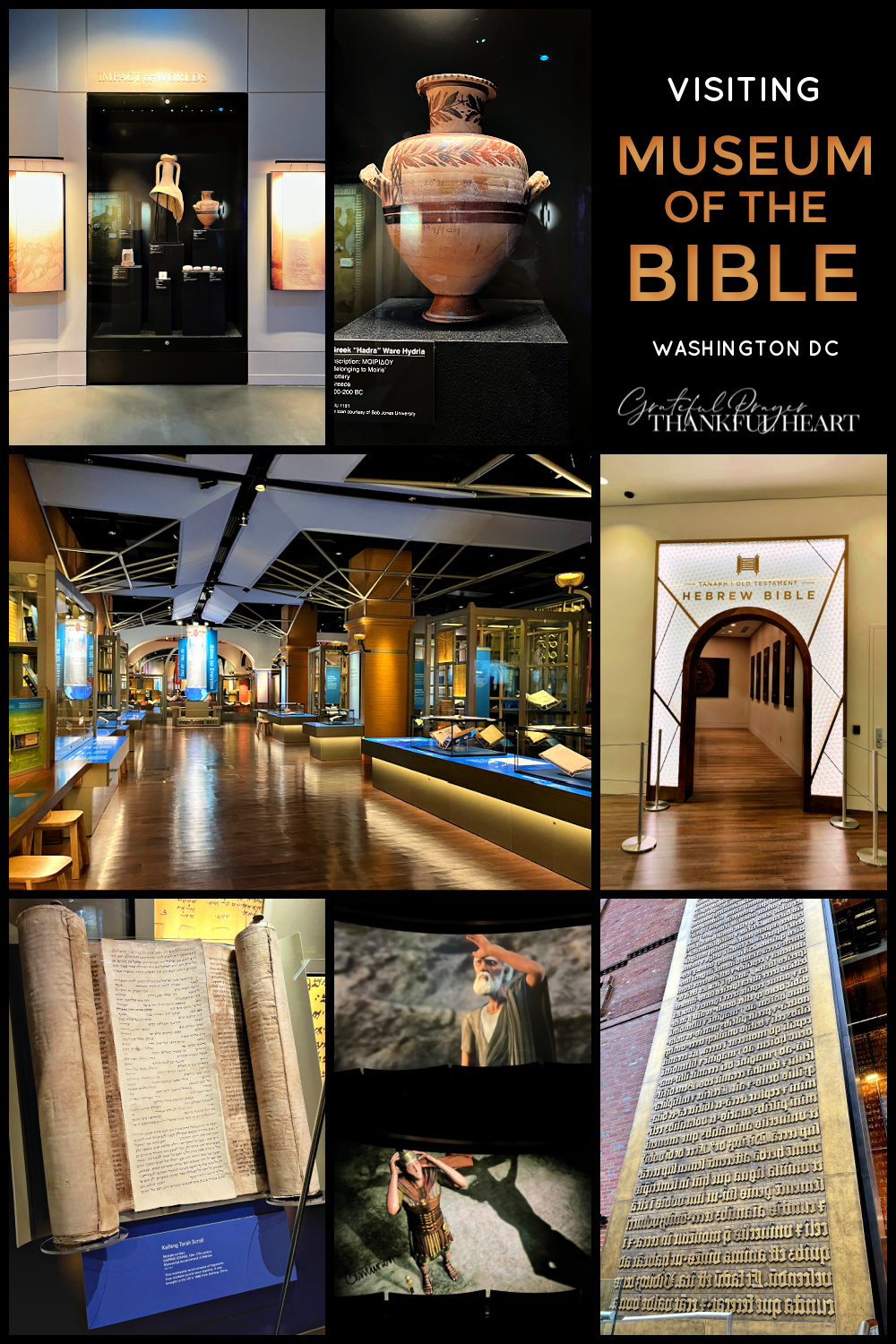 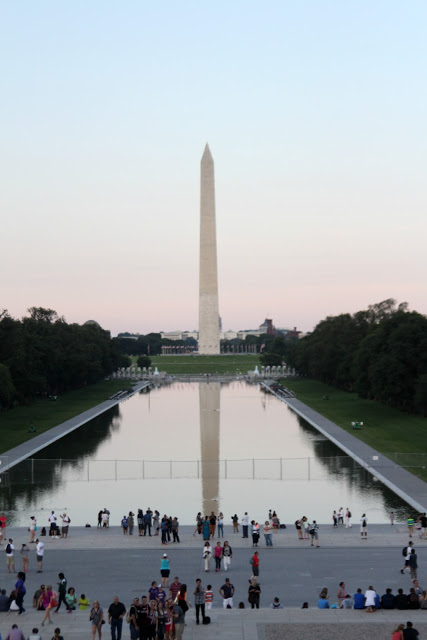