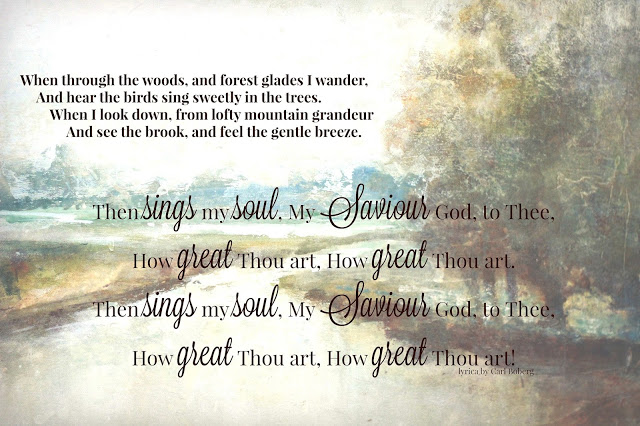 Happy Sunday!
all words to How Great Thou Art below
the following from Wikipedia:
“How Great Thou Art” is a Christian hymn based on a Swedish traditional melody and a poem written by Carl Gustav Boberg (1859–1940) in Mönsterås, Sweden in 1885. It was translated into German and then into Russian and became a hymn. It was translated into English from the Russian by English missionary Stuart K. Hine, who also added two original verses of his own. The composition was set to a Russian melody. It was popularized by George Beverly Shea and Cliff Barrows during the Billy Graham crusades. It was voted the United Kingdom’s favorite hymn by BBC’s Songs of Praise. “How Great Thou Art” was ranked second (after “Amazing Grace”) on a list of the favorite hymns of all time in a survey by Today’s Christian magazine in 2001. Wikipedia
The inspiration for the poem came when Boberg was walking home from church near Kronobäck, Sweden, and listening to church bells. A sudden storm got Boberg’s attention, and then just as suddenly as it had made its appearance, it subsided to a peaceful calm which Boberg observed over Mönsterås Bay.
According to J. Irving Erickson:
Carl Boberg and some friends were returning home to Mönsterås from Kronobäck, where they had participated in an afternoon service. Presently a thundercloud appeared on the horizon, and soon lightning flashed across the sky. Strong winds swept over the meadows and billowing fields of grain. The thunder pealed in loud claps. Then rain came in cool fresh showers. In a little while the storm was over, and a rainbow appeared.
When Boberg arrived home, he opened the window and saw the bay of Mönsterås like a mirror before him. From the woods on the other side of the bay, he heard the song of a thrush. The church bells were tolling in the quiet evening. It was this series of sights, sounds, and experiences that inspired the writing of the song.
According to Boberg’s great-nephew, Bud Boberg, “My dad’s story of its origin was that it was a paraphrase of Psalm 8 and was used in the ‘underground church’ in Sweden in the late 1800s when the Baptists and Mission Friends were persecuted.”
The author, Carl Boberg himself gave the following information about the inspiration behind his poem: “It was that time of year when everything seemed to be in its richest colouring; the birds were singing in trees and everywhere. It was very warm; a thunderstorm appeared on the horizon and soon there was thunder and lightning. We had to hurry to shelter. But the storm was soon over and the clear sky appeared.
“When I came home I opened my window toward the sea. There evidently had been a funeral and the bells were playing the tune of ‘When eternity’s clock calls my saved soul to its Sabbath rest.’ That evening, I wrote the song, ‘O Store Gud.’ Wikipedia
How Great Thou Art
by Carl Boberg
O Lord my God, When I in awesome wonder,
Consider all the worlds Thy Hands have made;
I see the stars, I hear the rolling thunder,
Thy power throughout the universe displayed.
Refrain:
Then sings my soul, My Saviour God, to Thee,
How great Thou art, How great Thou art.
Then sings my soul, My Saviour God, to Thee,
How great Thou art, How great Thou art!
Refrain
When through the woods, and forest glades I wander,
And hear the birds sing sweetly in the trees.
When I look down, from lofty mountain grandeur
And see the brook, and feel the gentle breeze.
Refrain
And when I think, that God, His Son not sparing;
Sent Him to die, I scarce can take it in;
That on the Cross, my burden gladly bearing,
He bled and died to take away my sin.
Refrain
When Christ shall come, with shout of acclamation,
And take me home, what joy shall fill my heart.
Then I shall bow, in humble adoration,
And then proclaim: “My God, how great Thou art!”
Refrain 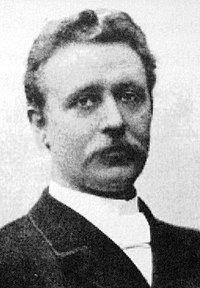