What a surprise to find this feathered fellow perched on the edge of our picnic table on the patio just outside the back door. I think it is an immature Cooper’s Hawk. The bird remained for a long time until it made a swooping dash under a nearby bush as a group of starlings gathered and began diving at it. I was fearful that it was injured and hoped it would survive.
My husband was excited to observe this bird so closely as he loves birds of prey ~ his favorite being the Red-tailed Hawk. 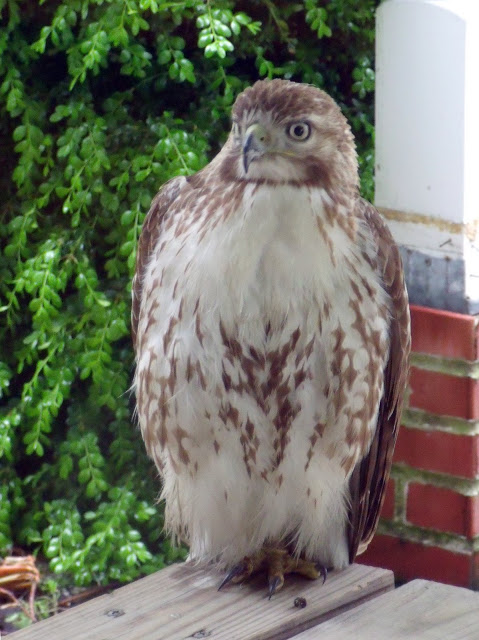 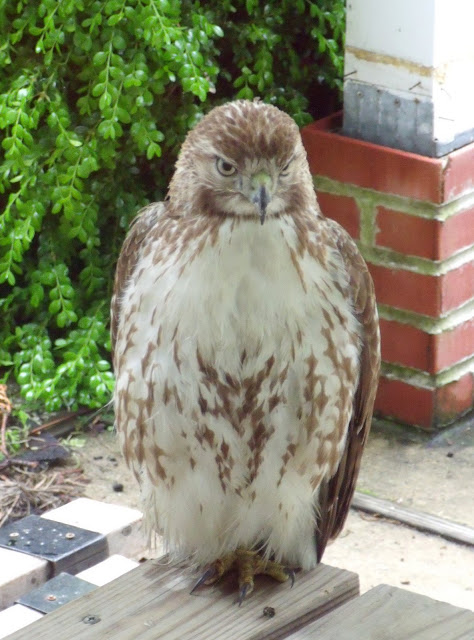 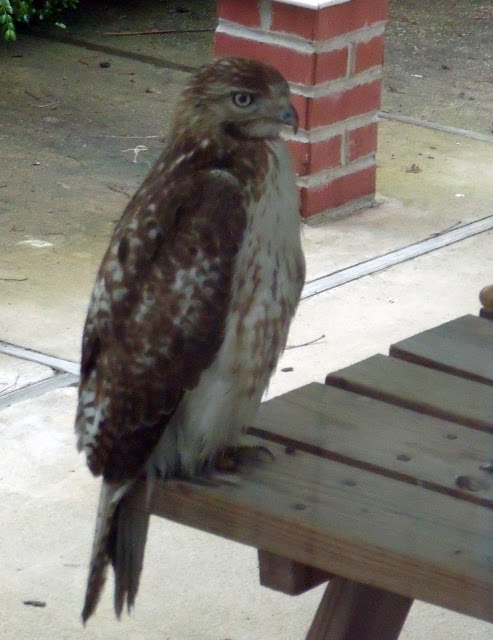 From Wikipedia: Cooper’s Hawk (Accipiter cooperii) is a medium-sized hawk native to the North American continent and found from Canada to Mexico. As in many birds of prey, the male is smaller than the female. The Birds found east of the Mississippi River tend to be larger on average than the birds found to the west.
You can read more about the Cooper’s Hawk here.
~o0O0o~
I guess he wasn’t injured… two days after I began this post draft, the hawk returned to the edge of the picnic table, about two feet from the back French doors. I noticed because my dog was barking frantically at him on the other side of the glass. The hawk swiveled his head and looked directly at the dog totally unruffled.
(Maybe he is pointing out the patio post that is in need of repair… or the bench that is in need of pressure washing… or the debris that is in need of being removed… or the items on the picnic table that are in need of being spray painted…) 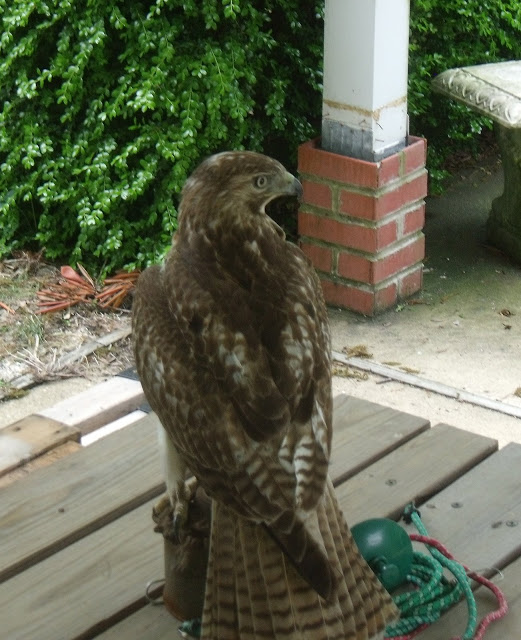 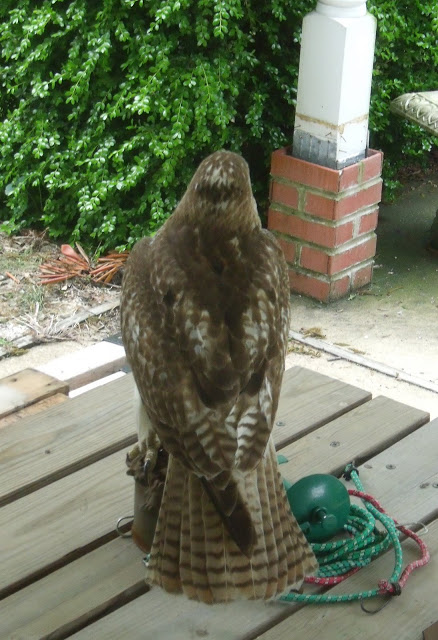 Along with the usual Robin’s, Blue Jays, Purple Finches, Doves, Mockingbirds and Starlings are my favorite birds. This petite female hummingbird returned the day after I set out the feeders. 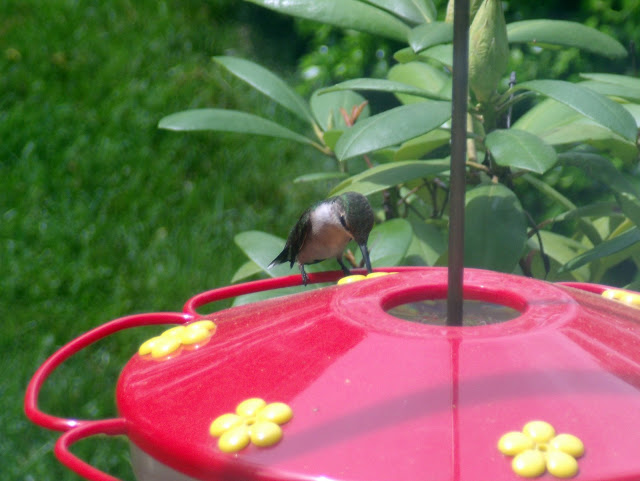 Other feeder visitors include the Gold Finch which is the New Jersey State bird (as well as many other states). I didn’t get a picture of them yet this year, so I am sharing one from last year. 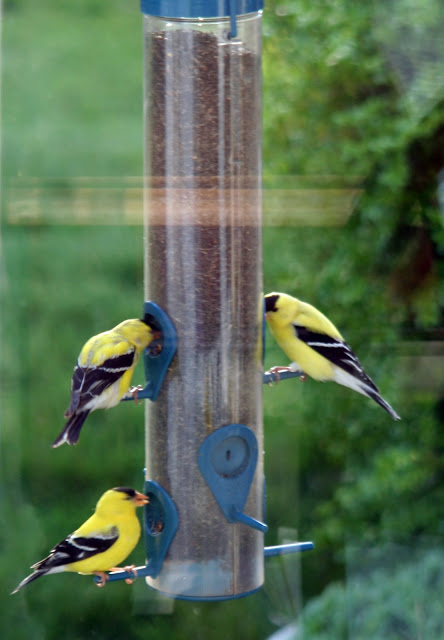