This is Noah.
And there is a reason he is so happy.
He entered a cooking competition with Peach Melba Trifle and WON!
A $100 gift certificate and a spot on local TV.  He was very excited and very nervous.
If you want to make Peach Melba Trifle too, follow the link for the recipe. 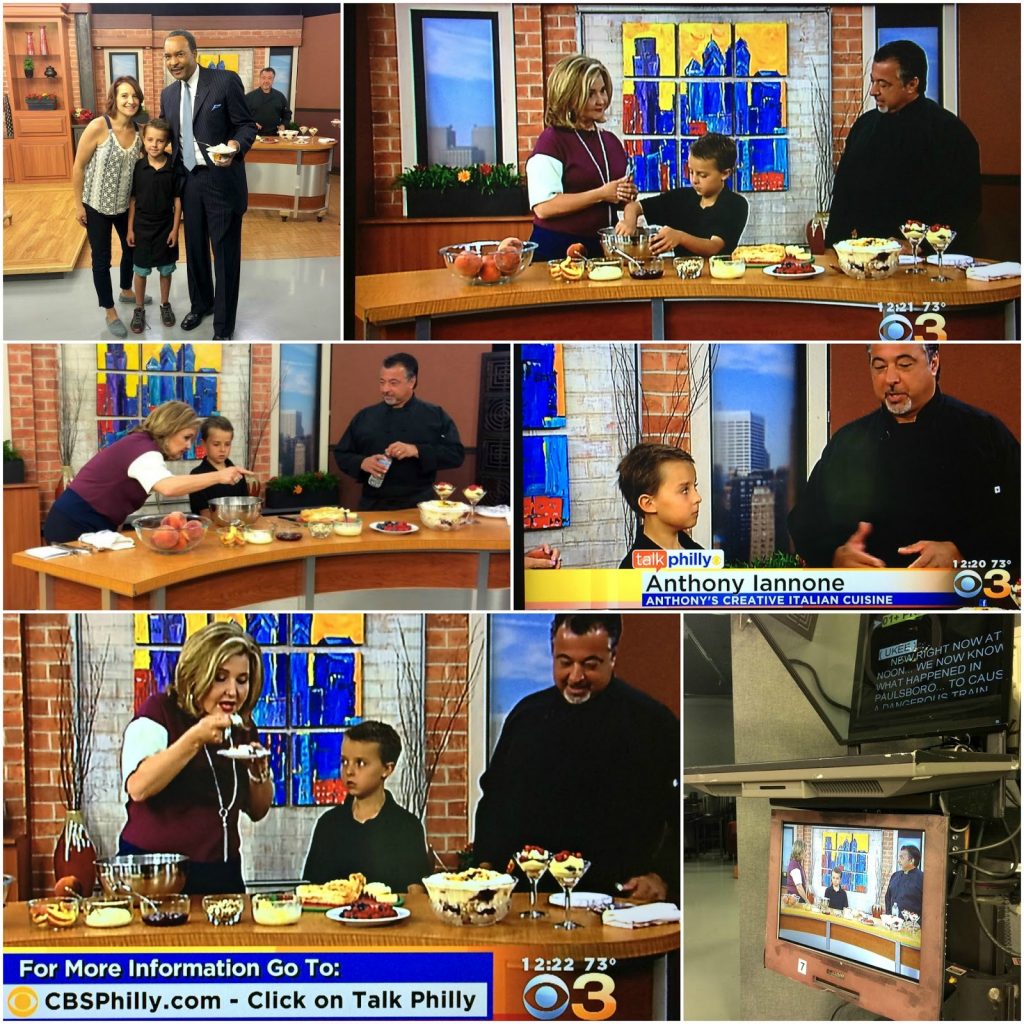 South Jersey Hot Chefs has found its newest — and most adorable — little chef.

Noah Davidson, 9, has become the newest winner of the SJ Hot Chefs Littlest Chefs online competition with his peach trifle entry. The competition challenged children from all over South Jersey to make their favorite recipe and submit a picture of themselves with their dish.

Noah, of Barrington, won a spot on the SJ Hot Chefs Facebook page and a $100 gift certificate to Anthony’s restaurant in Haddon Heights. His dish will be featured at one of the SJ Hot Chef’s participating restaurants during Farm to Fork week.

Though the aspiring future chef is happy about his win, Noah originally had doubts about his chance of success in the competition.

“He thought he didn’t have a chance and he was so excited when he heard he won,” said Noah’s mother, Jamie Davidson. “We’re really excited.”

The winning dish, a peach trifle, comes from a family recipe. With a mix of angel food cake, custard, fresh peaches and raspberry preserves, the dish is one of Davidson’s favorite recipes to cook.

“I like it because its my mom-mom’s recipe and it looks really good,” said Noah.

Davidson’s mother said that the recipe is special because of it’s long family history. The trifle is a favorite for Davidson to cook as well as eat and is popular at holiday gatherings.

“We eat [the trifle] at holidays, particularly during Christmas,” said Jamie Davidson. “My mom has been making it since I was little. It’s so good and it looks so pretty in a dish.”

When he is not in the kitchen, Noah enjoys playing sports such as hockey and baseball. His love for cooking began when he was around six years old and has now become one of his favorite past-times.

“He has been interested in cooking for about three years,” said Jamie Davidson. “He watches all of the cooking shows with me and he likes to try every flavor.”