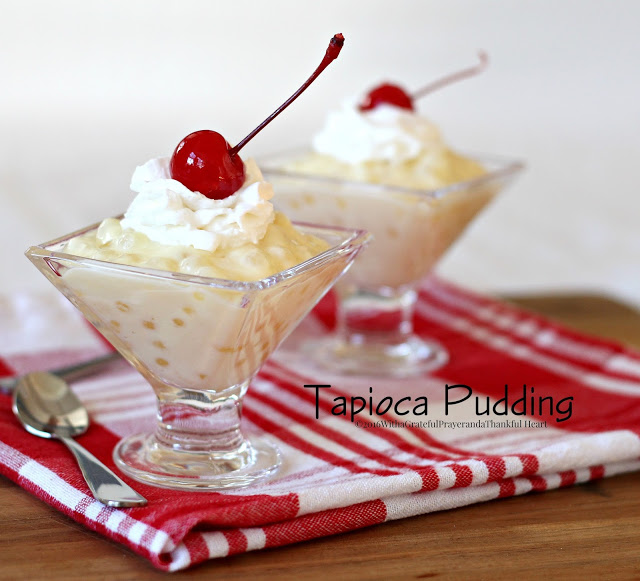 A bowl of tapioca pudding topped with whipped cream is one of my favorite desserts and the one I always order when eating at a diner.  Soak the pearls over night and then let the slow cooker do the rest.

I have made this recipe six times in the past two weeks, tweaking it slightly each time. In addition to the taste, I like it for two reasons; no need to stand over the stove stirring to prevent burning and I didn’t want to whip the egg whites and then fold in.

The original Alton Brown version includes lemon zest. I love lemon but it was just too different for my idea of the perfect tapioca pudding flavor so I substituted vanilla.

I have made it using both small and large pearls. I prefer the large pearls but if you don’t like them, try the small pearls with a texture similar to rice pudding.

I also increased the sugar but reduce it if you prefer. In one batch, I used two egg yolks to see how it effected the thickness of the pudding but think one egg yolk is fine.

I found the small pearl version was slightly thicker than the large pearl.  The pudding thickens when cooled. After making one batch using the large pearls, I planned on reducing the amount of milk the next time until I checked the pudding the following morning and found it to be perfectly thickened. 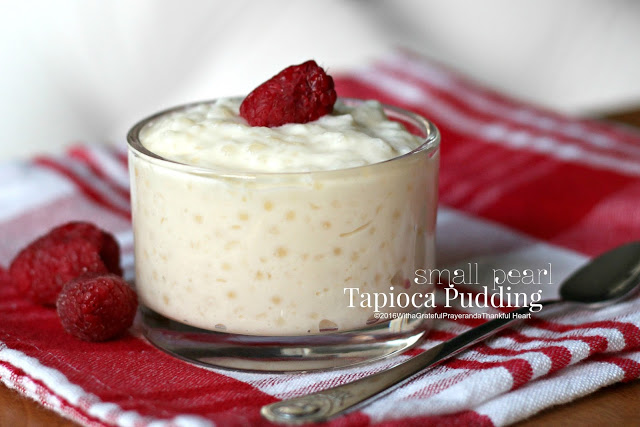 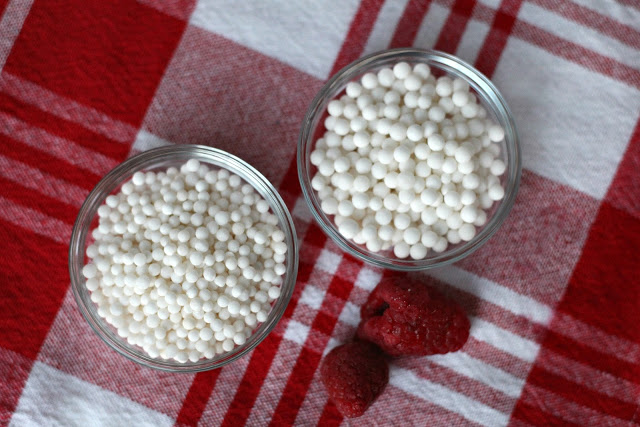 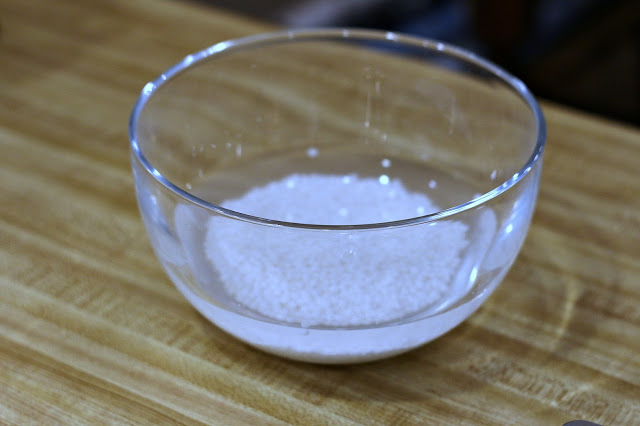 To soak the pearls simply measure the the 3.5 ounces into a bowl and pour in two cups cold water; cover and leave on counter overnight (about 12 hours) 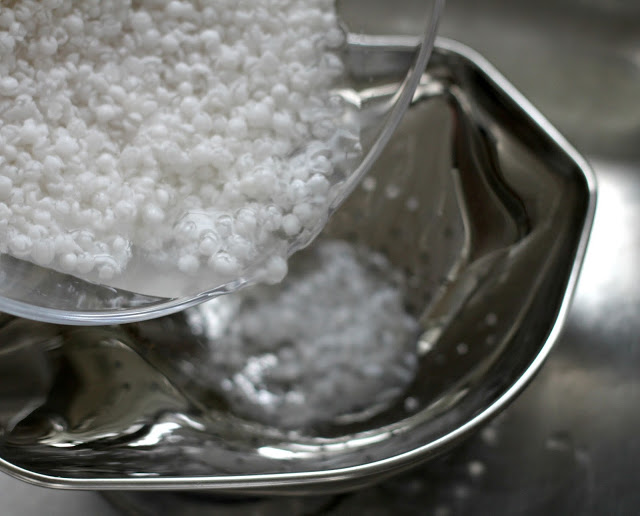 In the morning, drain. 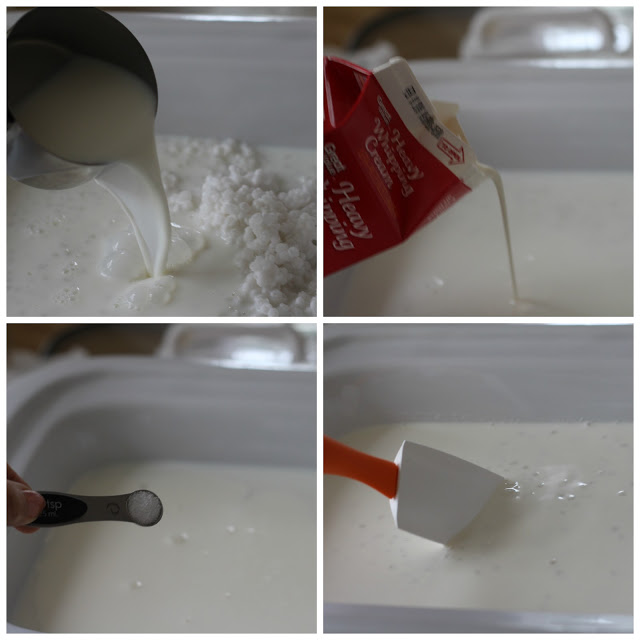 Put pearls into your slow cooker along with the milk, cream and salt.  Give a stir; cover and cook on high for two hours stirring once or twice being careful the condensation that accumulates on the lid does not drip into the mixture. 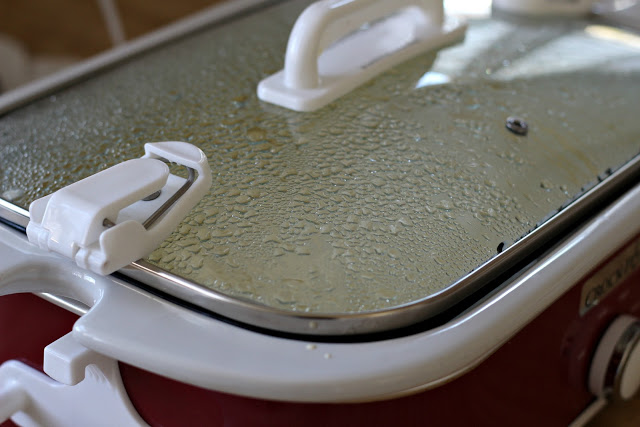 After carefully removing the lid to the sink, I wipe away the water droplets that collect. 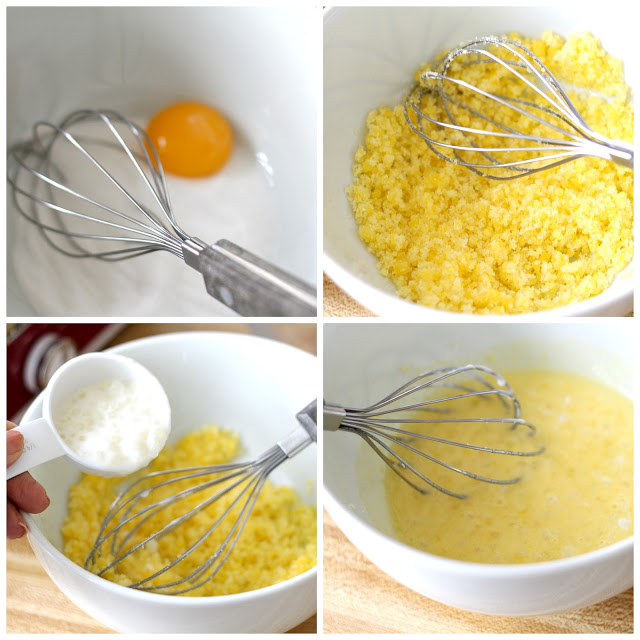 When the pearls have cooked in the milk for 2 hours, it is time to add the rest of the ingredients.
Combine the egg, sugar and vanilla (oops, forgot the pic of the vanilla) with a whisk. (it will be thick at first, just keep whisking) 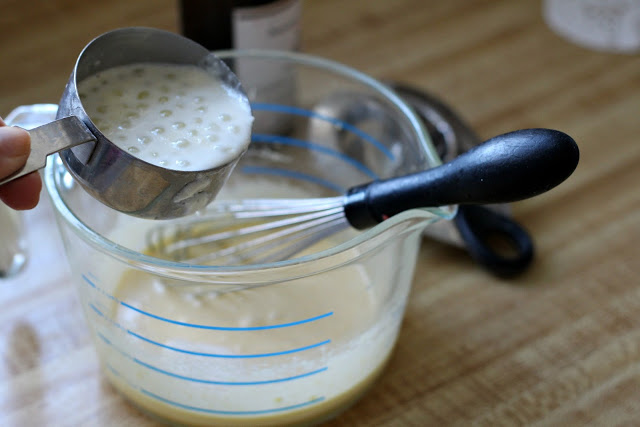 Temper the egg mixture by adding small amounts of hot mixture to bring it up to temperature. 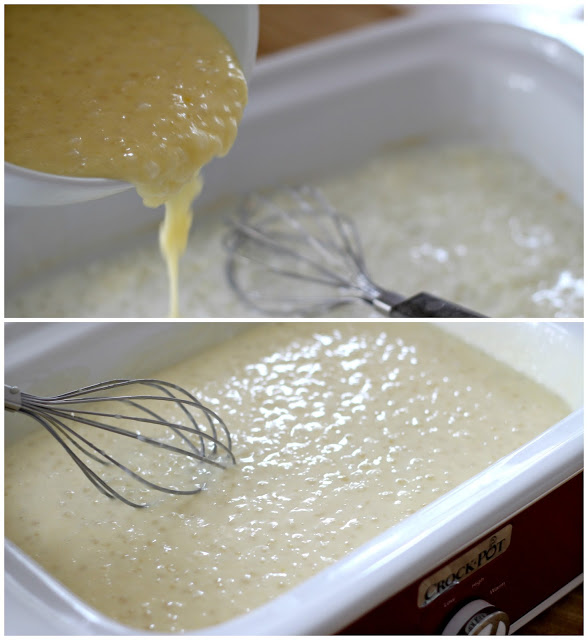 Pour into the remaining mixture in slow cooker; stir, 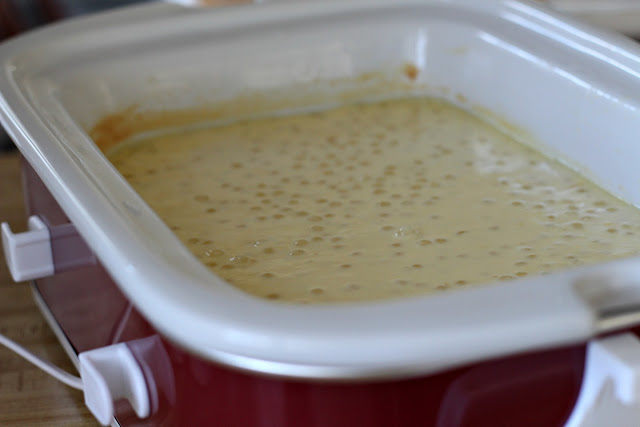 Cover and cook for 15-20 minutes longer 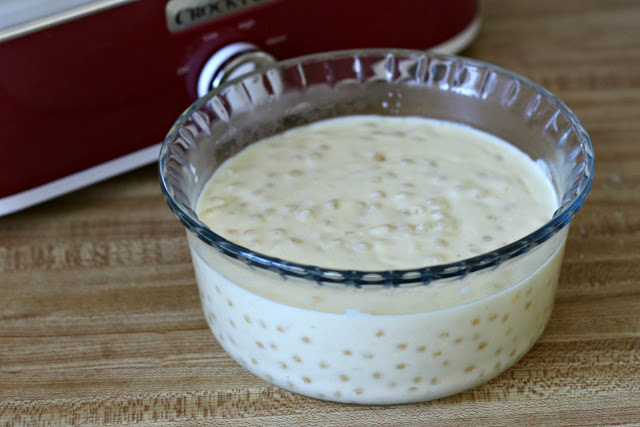 Pour into a bowl 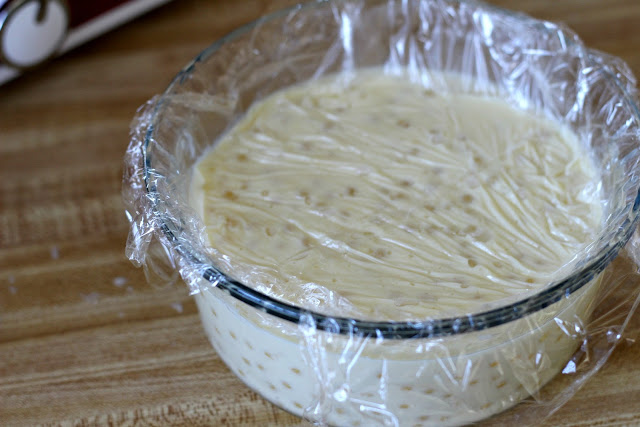 Directions
Place tapioca in a medium mixing bowl along with the water, cover, and let stand overnight.

Drain water from tapioca. Place the tapioca into a slow cooker along with the milk, heavy cream, and salt. Cook on high for 2 hours, stirring occasionally.

In a small bowl, whisk together the egg yolk, sugar and vanilla. Temper small amounts of the tapioca into the egg mixture until you have added at least 1 cup.

Add this back into the remaining tapioca in the slow cooker. Cook for an additional 15-20 minutes.

Transfer the pudding to a bowl and cover the surface with plastic wrap. Allow to cool at room temperature for 1 hour and then place in the refrigerator until thoroughly chilled.

Served with whipped cream, if desired

IMPORTANT NOTE:  The pudding consistency is really a matter of preference.  My first few batches were not as thick as I wanted and I considered whether to decrease the milk, add an additional egg or cook longer. Then I thought to weigh the pearls and to my surprise the large pearls filled more than the 1/2 cup I had been using by a significant amount.  It was almost 3/4 of a cup.  I recommend weighing the pearls. 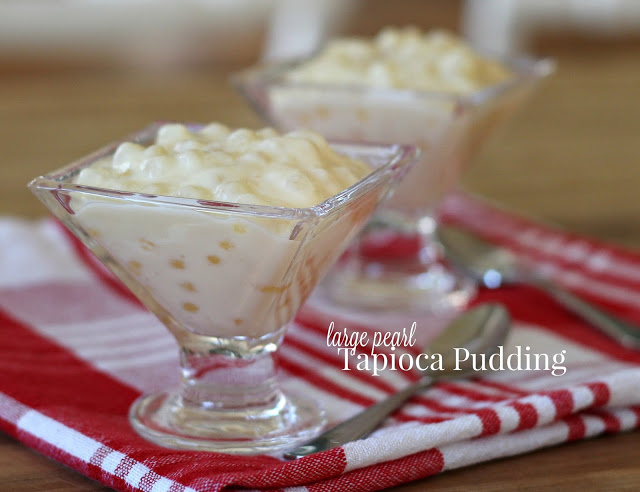