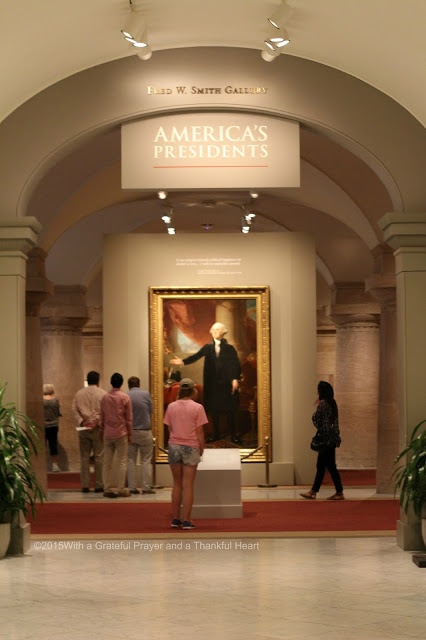 The first stop after we arrived was the National Portrait Gallery, a historic art museum located at 8th and F Streets NW.
Located on the second floor of this lovely museum is the America’s Presidents exhibition, including Gilbert Stuart’s “Lansdowne” portrait of George Washington. 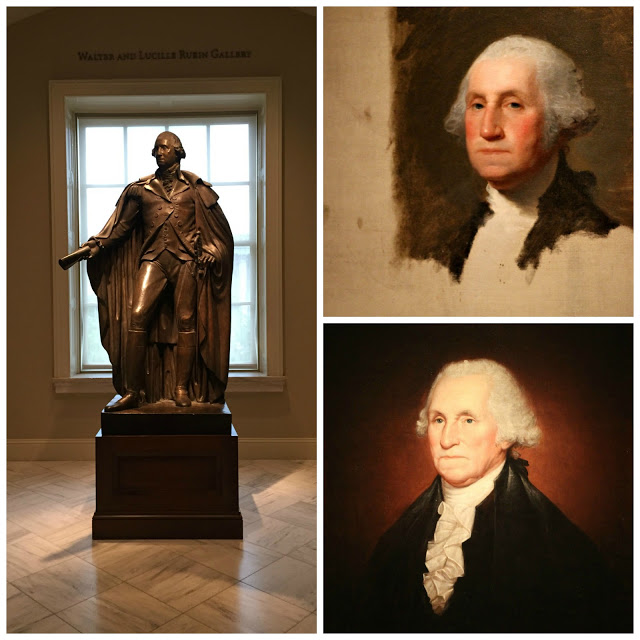 The top right photo in this collage is Gilbert Stuart’s unfinished 1796 painting of George Washington, also known as The Athenaeum and is currently portrayed on the United States one dollar bill. 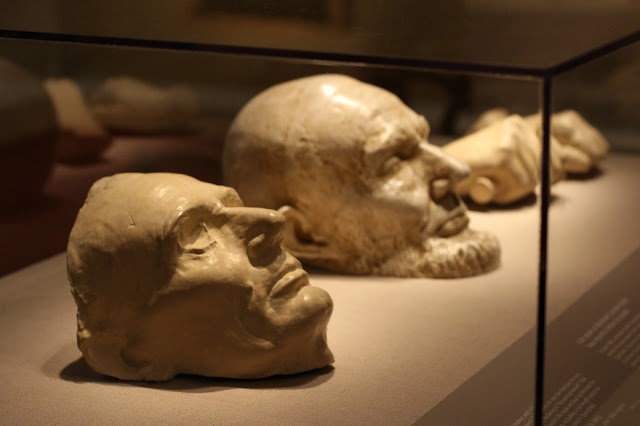 In the early spring of 1860, sculptor Leonard Volk asked President Abraham Lincoln to sit for a bust. The artist decided that to keep the sittings to a minimum he would start by doing a life mask. Lincoln found the process of letting wet plaster dry on his face, followed by a skin-stretching removal procedure, “anything but agreeable.” But he endured the discomfort with good humor, and when he saw the final bust, he was quite pleased, declaring it “the animal himself.” Volk later used the life mask and bust of 1860 as the basis for other renderings, including a full-length statue of Lincoln for the Illinois State Capitol in Springfield. Source 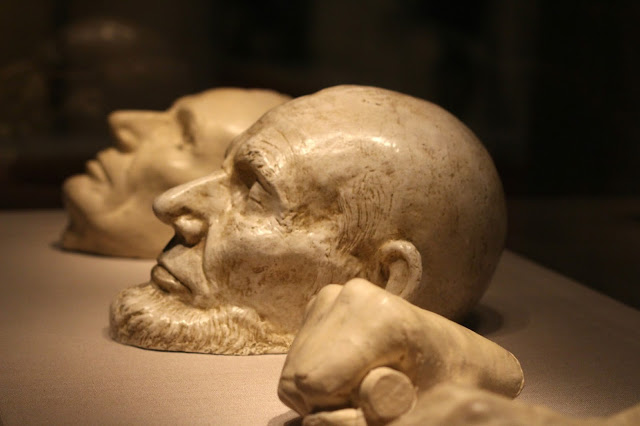 The cast on the right was done two months before Lincoln’s death, showing a much aged appearance.
On February 11, 1865, Abraham Lincoln consented to having another life mask made of him by the sculptor Clark Mills. The process began with an application of oil over Lincoln’s face, followed by the application of a thin coat of wet plaster paste that dried quickly. After fifteen minutes, Mills asked Lincoln to twitch his face, and the plaster loosened, falling off in large pieces into a cloth. The pieces were then reassembled to form the finished mask. Comparing this mask with the one done in 1860 by Leonard Volk, it is clear how great a toll the Civil War had taken on Lincoln’s health. One friend who saw him a few weeks after the mask was made noted that he “looked badly and felt badly.” To another friend Lincoln confided, “I am very unwell.” source 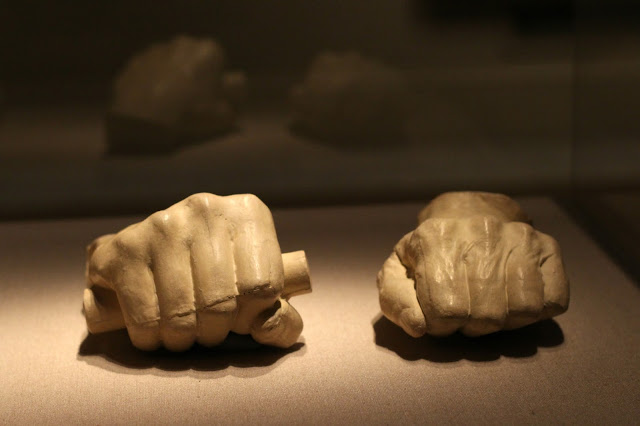 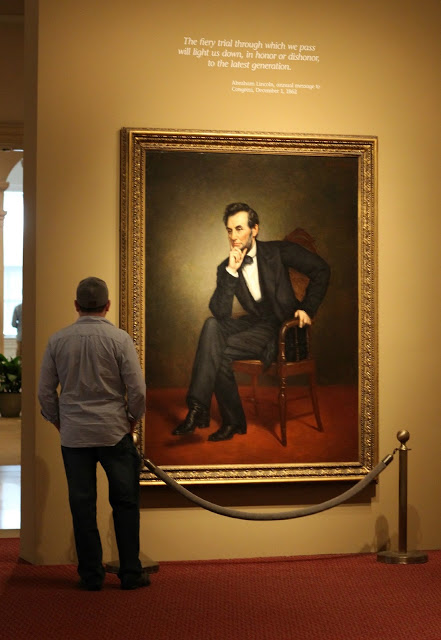 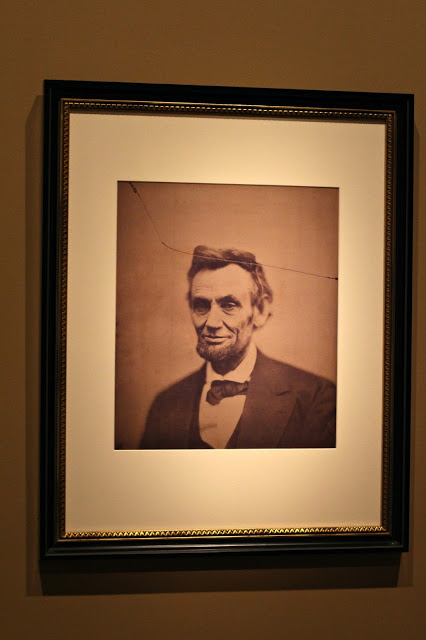 The “cracked plate” portrait of Abraham Lincoln was photographed by Alexander Gardner. Created on February 5, 1865, it was the last formal portrait of Lincoln to be taken before his assassination in April 1865. When the mammoth glass negative cracked, Gardner made only one print from the damaged negative before discarding it. source 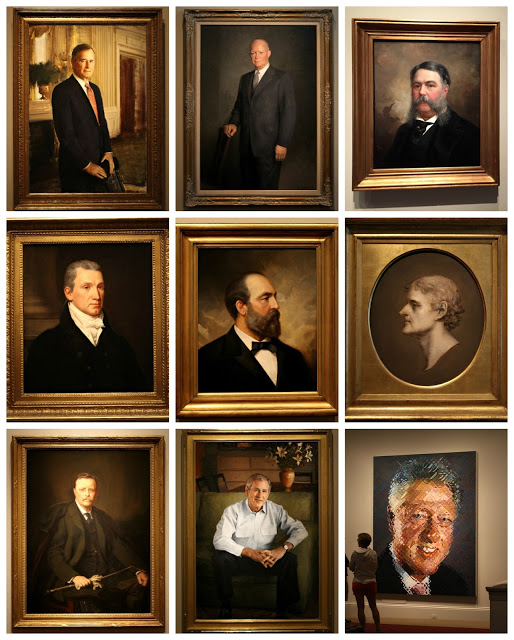 Here is just a sampling of the nation’s only complete collection of presidential portraits outside the White House. 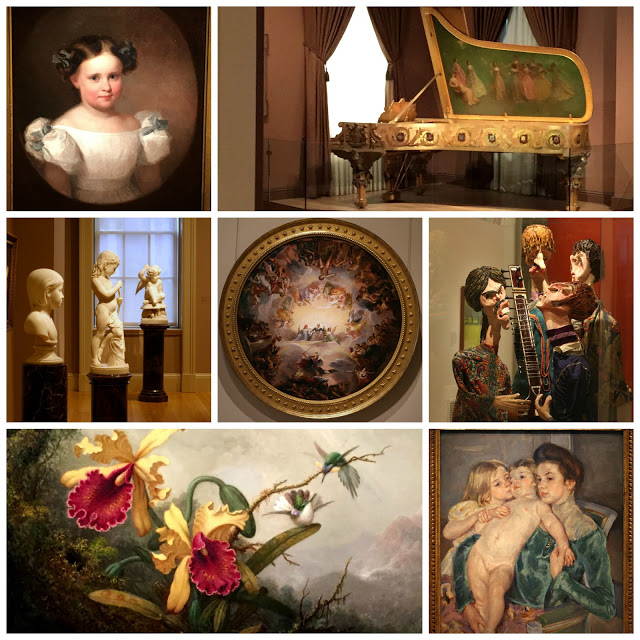 I highly recommend a visit to the National Portrait Gallery. 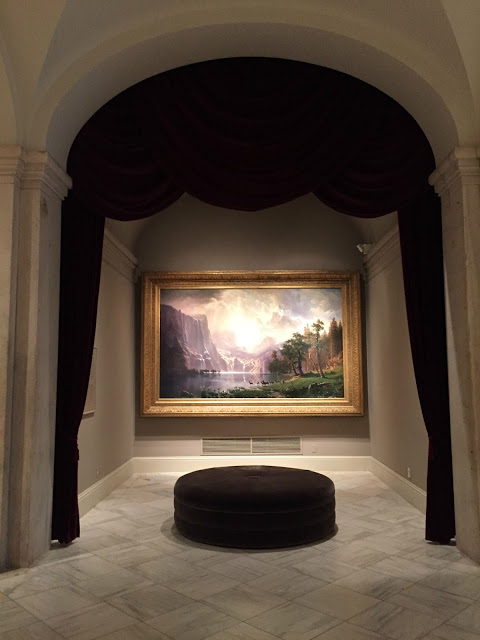 We spent several hours here and would love to return to see more of the wonderful art displayed in this museum. 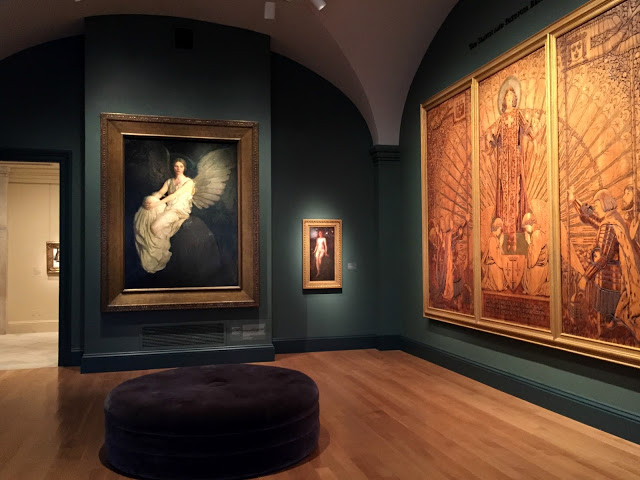 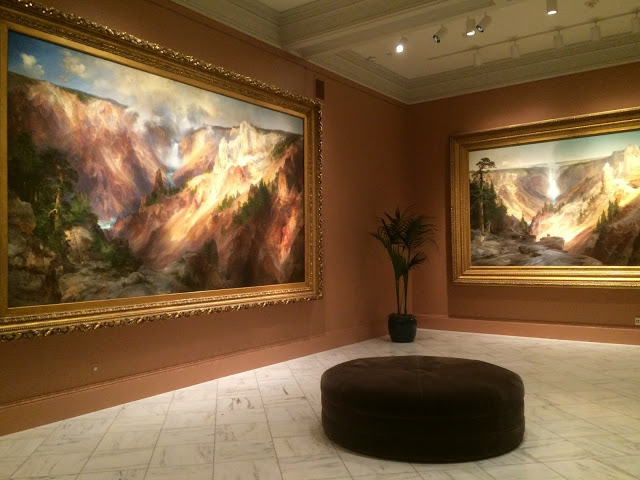 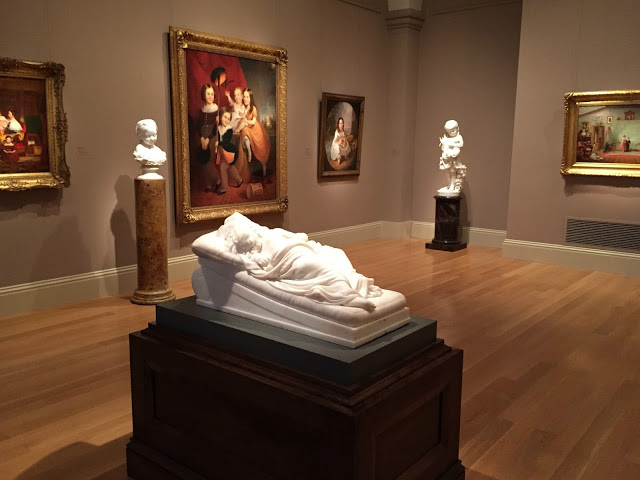