Over the past several years, I have done extensive genealogy research on both my fathers line and my husbands fathers line. It was hard work but very rewarding as piece by piece a clearer picture of our ancestors emerged. 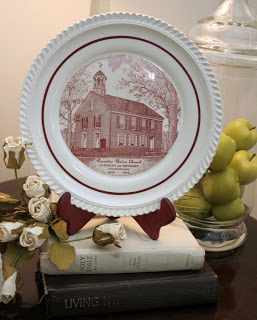 I was so excited to find this commemorative plate on eBay. It has great significance in my family history. My ancestors emigrated from the German Palatinate in 1717. They left persecution as Mennonites and arrived in the young colony of Pennsylvania, settling first in Germantown, moving on to Lancaster and then settling for many generations in York County.
~*~
The plate features Holtzschwamm Church (now known as Paradise Lutheran and Reformed Church) that dates back to 1775 and got its name from its location . Though the church is situated on a high elevation, much of the valley was a vast, woody swamp.
Holtzschwamm means woody swamp. 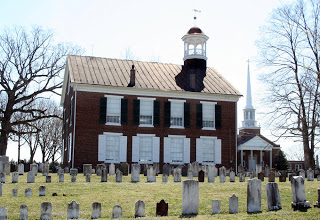 The first church was a log cabin building erected in the center of
the old graveyard.
(See the open area in the above picture)
The church in the above photo is the third one and was
erected in 1849 at a cost of $2,800.00.
For a time the building served two congregations ~
Lutheran and German Reformed
My forth Great-grandfather served as an Elder of the
Reformed Consistory in 1838. 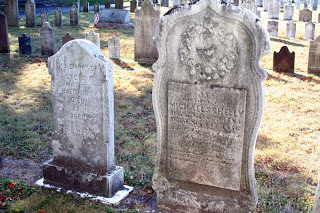 He and his wife are buried in this churchyard cemetery as are his son Jonas and many other family members. 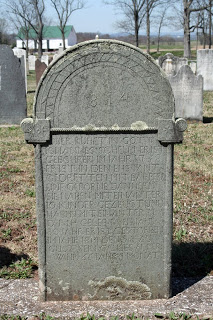 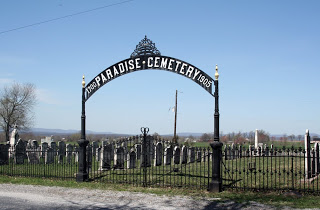 One of the entrance gates to the graveyard. 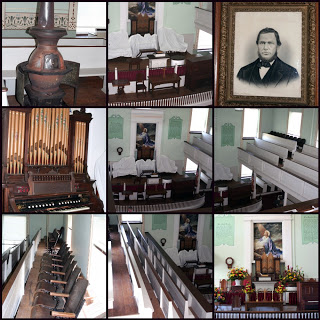 Interior of the Building
including a potbelly stove (one of 4 used for heating)
A portrait of Moses Bentzel, the designer of the building
The organ (still in working condition)
One Sunday each fall, the building is opened and there is a special service held. (last pic) 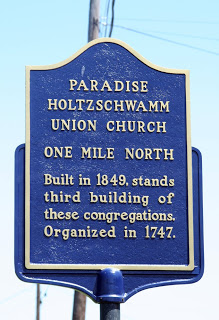 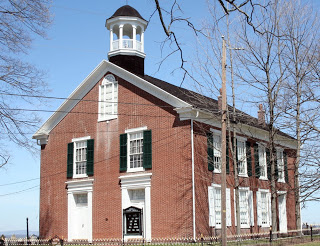 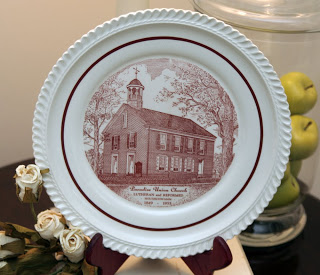