My husband has a small collection of boyhood treasure that somehow survived from his childhood.

Seeing each treasure helps me know a little about the boy who grew to be the man who has shared my life and walked beside me all these years. 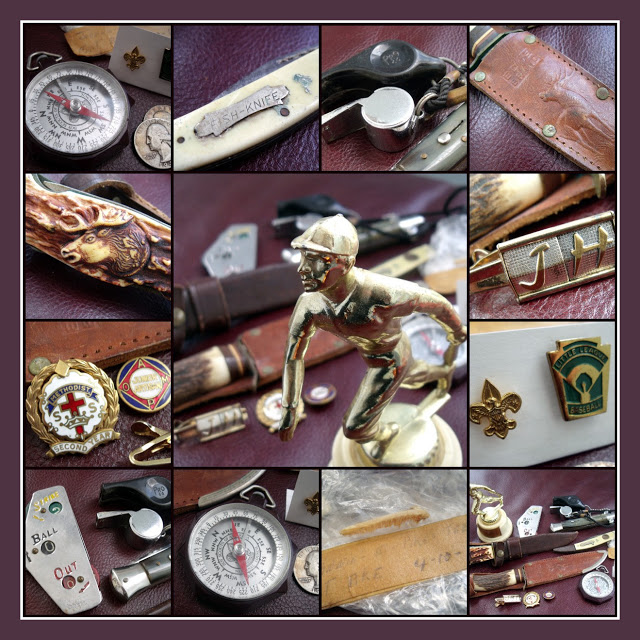 a Little League trophy
a Boy Scout compass and pin
pocket knives
whistles
a Sunday School attendance pin
a tie bar with his initials (probably his first)
and yes,
even teeth from the first pike he caught
(if it was special enough for him to keep, then it is special to me too.) 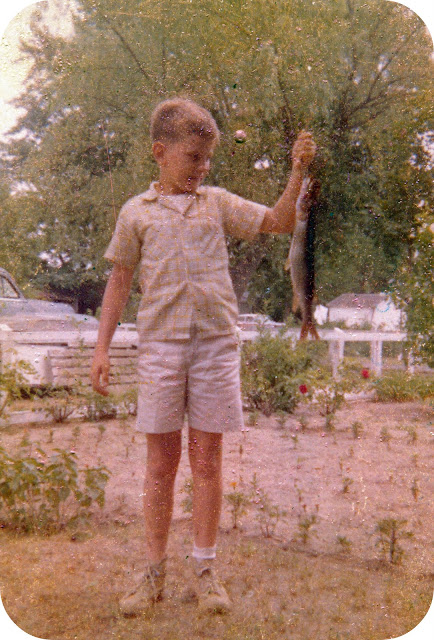 This poem came to mind while writing this post…
OUR HEROES
By Phoebe CaryHere’s a hand to the boy who has courage
To do what he knows to be right;
When he falls in the way of temptation
He has a hard battle to fight.
Who strives against self and his comrades
Will find a most powerful foe.
All honor to him if he conquers.
A cheer for the boy who says, “No!”
There’s many a battle fought daily
The world knows nothing about;
There’s many a brave little soldier
Whose strength puts a legion to rout.
And he who fights sin single-handed
Is more of a hero, I say,
Than he who leads soldiers to battle
And conquers by arms in the fray.
Be steadfast my boy, when you’re tempted,
To do what you know to be right.
Stand firm by the colors of manhood,
And you will o’ercome in the fight.
“The right,” be your battle cry ever
In waging the warfare of life,
And God, who knows who are the heroes,
Will give you the strength for the strife.
♥