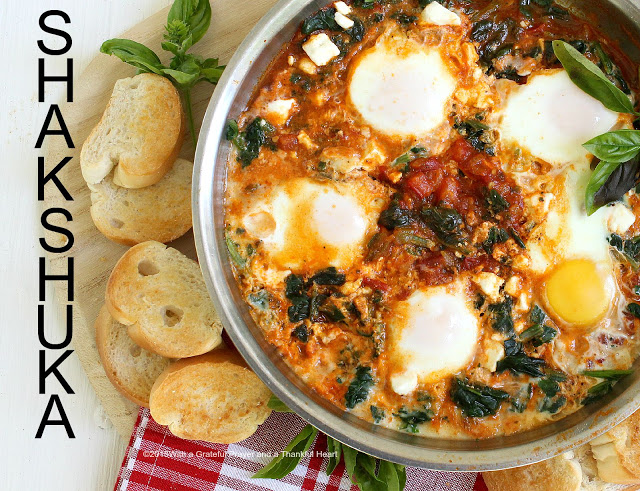 Shakshuka had been on my to-try list since I first heard of it.
One of my husbands favorite meals is breakfast-eggs for dinner.
This is a dish of eggs, poached in a sauce of tomatoes, peppers,  onions, and spices.
I’ve learned Shakshuka (or Shakshouka) is a staple of Tunisian, Libyan, Algerian, Moroccan, and Egyptian cuisines, and that it is traditionally served in a cast iron pan with bread to mop up the sauce. It is also popular in Israel, often served for the evening meal.
So happy I discovered shakshuka!  Inexpensive and bursting with flavor. Protein, veggies and bread on the side, this one-skillet dish is a complete meal.  Breakfast, brunch or dinner, this will be on our table often.
Shakshuka
PRINT RECIPE 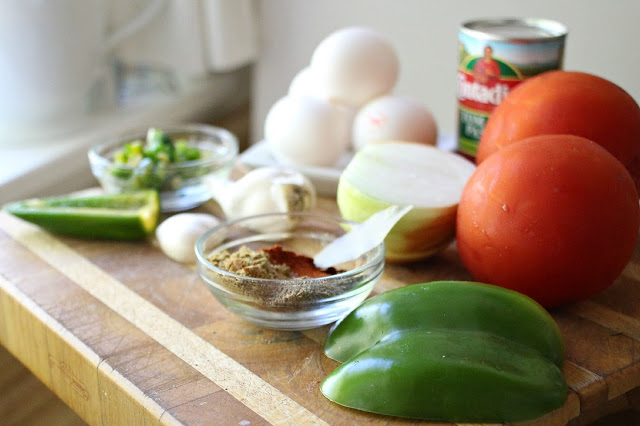 Heat oil in a large deep skillet. Sauté the onions until translucent. Add bell peppers and jalapeño; cook on a medium heat just until softened (about 5 minutes). Stir in the garlic, tomato paste and sauté for another 3 minutes.

Add tomatoes to skillet. Stir in all the spices; simmer for 20 minutes. 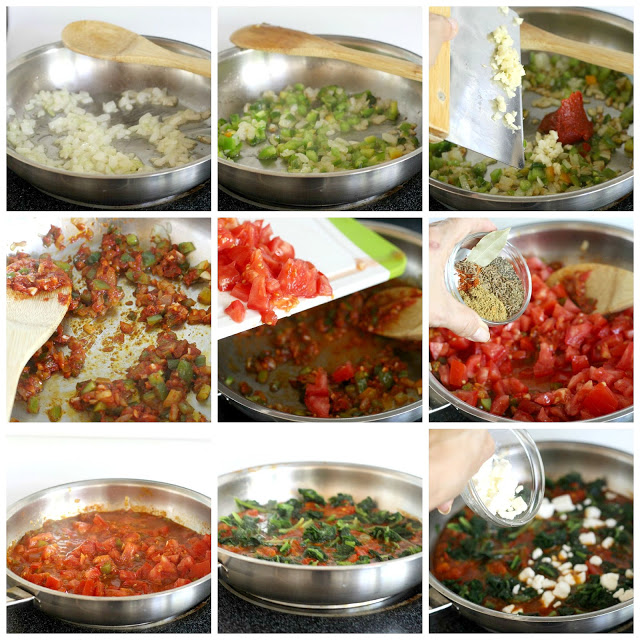 Place the spinach on top; add crumbled feta. Using the back of a spoon make a well and break the eggs, one by one, into well allowing space between eggs.

Cover the pan and cook for about 5 minutes on a low temperature, or until the egg whites set.
Serve with crusty bread to sop up all the yummy juices

To make garlic bread, I usually top bread with butter or oil and lots of spices and cheese then toast or broil. Since the shakshuka is already loaded with spices, I wanted something simpler.
Sliced garlic cloves were rubbed over the tops of sliced rolls then drizzled with olive oil and toasted. 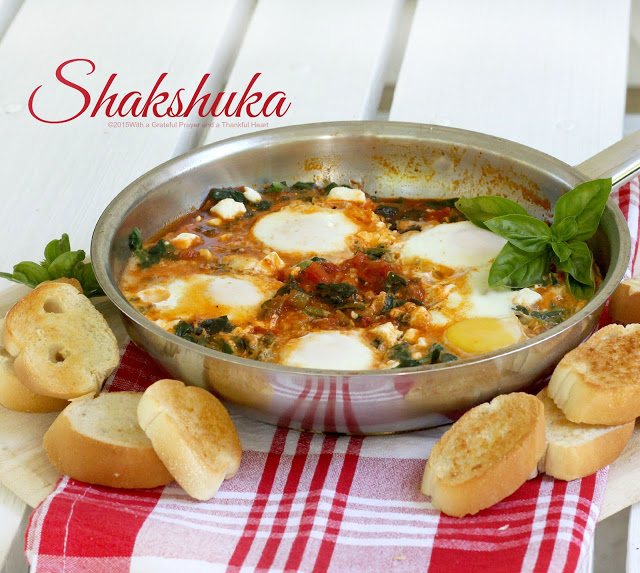