I have many things that interest me and a few things that I collect because they bring me joy.  Rocks are not one of them.  But, we do have a rock collector in the house.  Albeit, an unlikely collector.  I found this on the floor the other day. 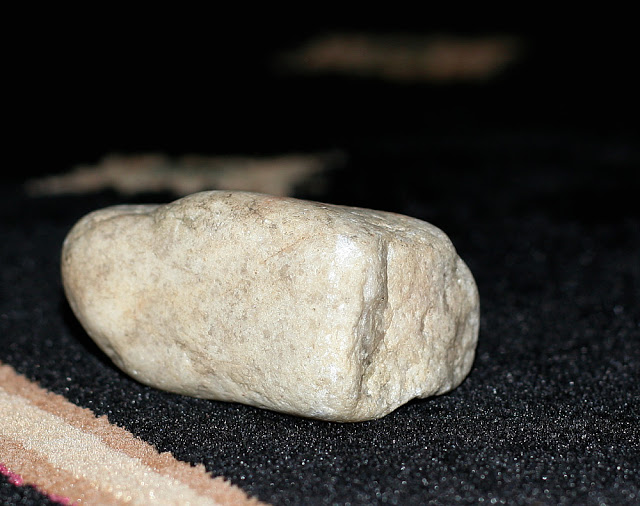 No one noticed that Raider picked it up on his walk. I don’t know what criteria he uses in determining his selection, but he often carries rocks home from his daily walks. 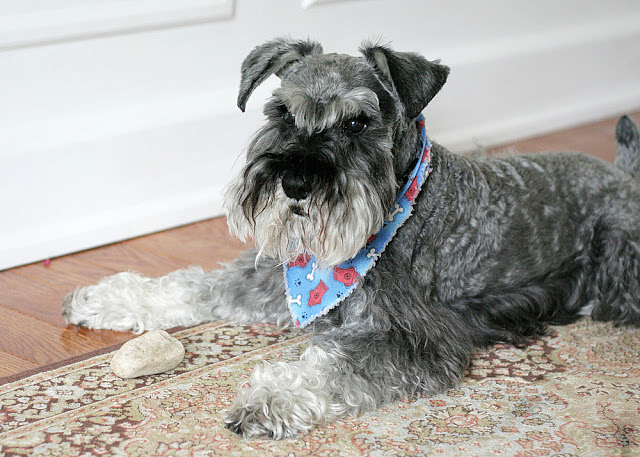 As you can see he was having a great time with his new rock.  He doesn’t chew on it but rather paws at it, bats it around and wrestles with it. 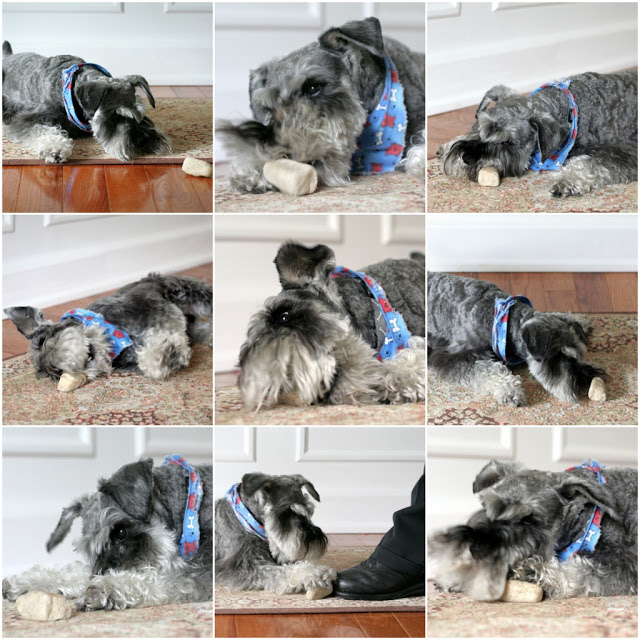 I have never known a dog with such personality and playful, quirky ways as Raider.
The other day I hauled out a huge container of stuffed animals that belonged to Abbey.  How excited he was to tug out many favorites.  I am sure he was planning on adding them to his own brimming basket of lovies.  As I was sorting, I would toss one out of the container and he would grab it and toss it back in.
Chores are so much more enjoyable having Raider help! 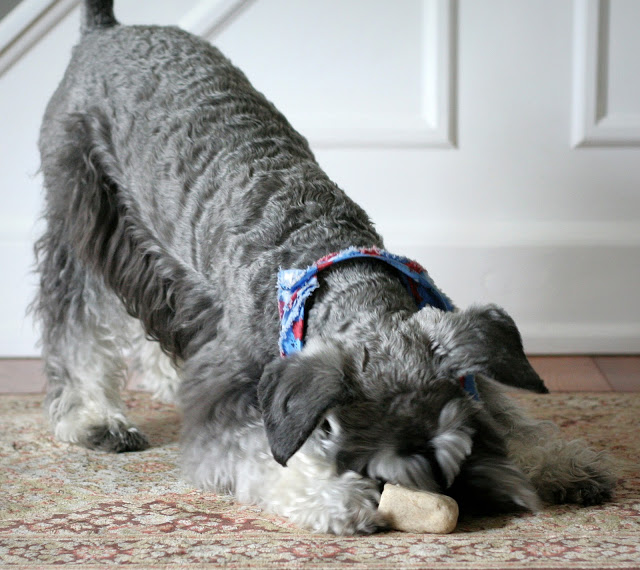 Oh, how dull my days would be without the antics of my puppy dog!