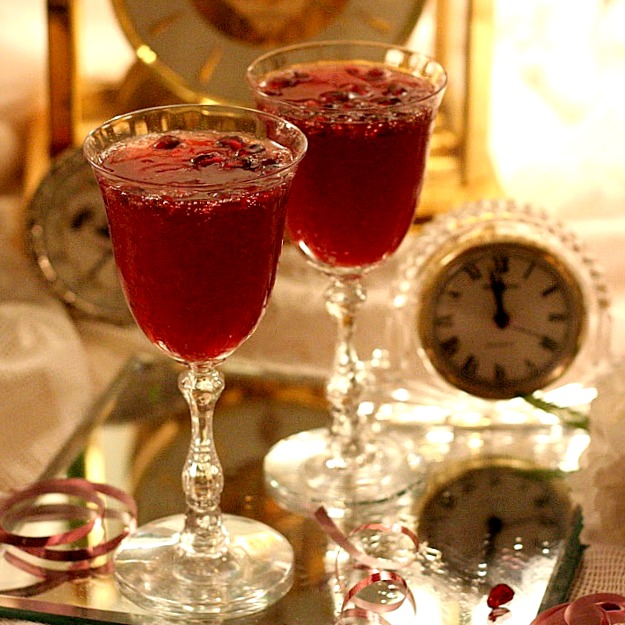 It is New Year’s Eve and we are ringing in the new year with a pretty beverage of Pomegranate Champagne for the adults and a version for the kids, substituting soda for the champagne.
Are you familiar the the beautiful pomegranate fruit?  The pomegranate, or Punica granatum, is a fruit-bearing deciduous shrub or small tree that originated in the region of modern-day Iran. It has been cultivated since ancient times throughout the Mediterranean region and northern India. It grows between 16 and 26 ft tall.
The fruit is typically in season in the Northern Hemisphere from September to February, and in the Southern Hemisphere from March to May. The arils or juice, are used in baking, cooking, juice blends, garnishes, smoothies, and alcoholic beverages, such as cocktails and wine.
The aril is the seed pod inside a pomegranate. The clear, ruby-colored fruit surrounds a tiny, crisp seed, and the whole aril is edible. 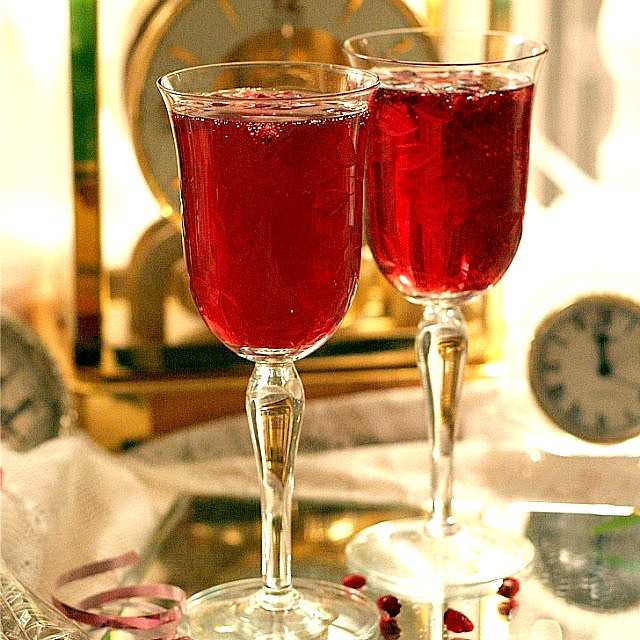 For a non-alcoholic version, substitute a light-colored soda like Ginger-ale or 7-Up for a festive and refreshing beverage.

How to get the seeds from the pomegranate fruit

Whole pomegranates can be kept at room temperature, out of direct sunlight for several days. Refrigerated in a plastic bag, they can keep for a few months. Pomegranate seeds can be refrigerated for three days. You could also freeze the seeds in a single layer, so they won’t come to one another, and this will keep for several months 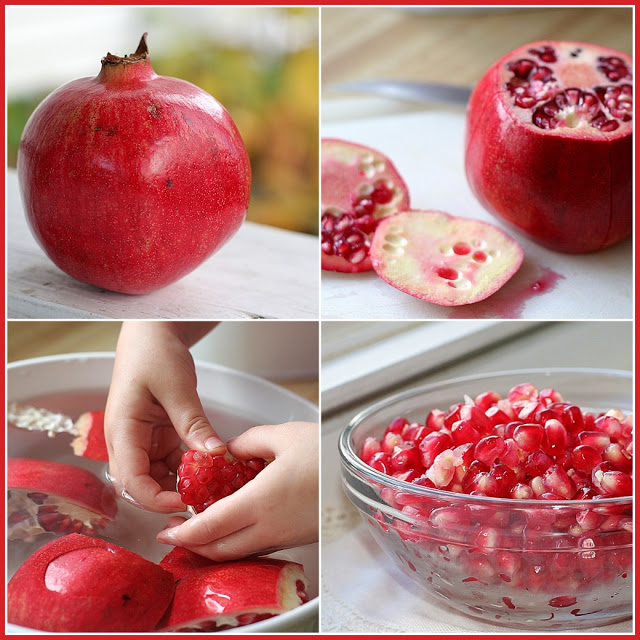 Here is my helper doing a great job separating the arils. 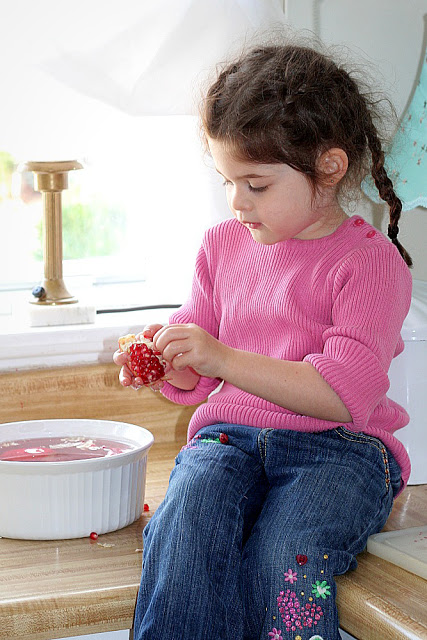 Next, we made a colorful salad using pomegranate juice and the arils. 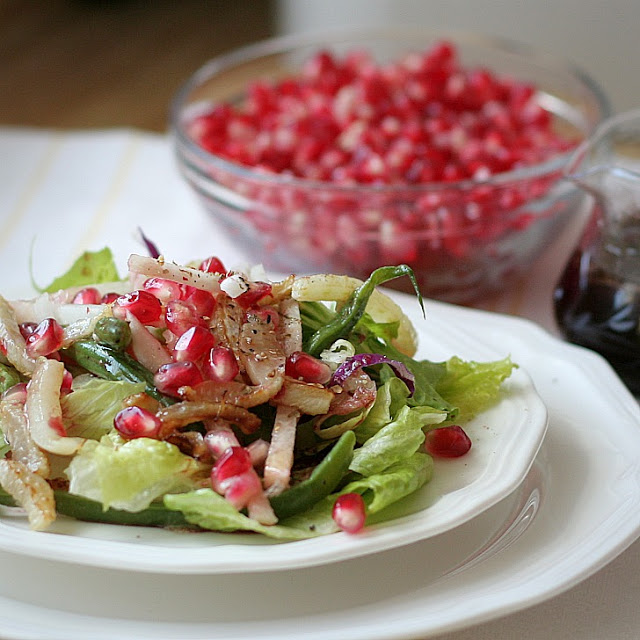 Pomegranate Vinaigrette dressed the salad and we sprinkled the arils on top.

We added a couple of more unusual ingredients to the crisp greens to make the salad, including fennel and thinly sliced jicama as well as blanched fresh green beans. You can be as creative as you like. I sauteed the sliced fennel in a little oil over medium-high heat until it began to caramelize.

Bring pomegranate juice to a boil in a medium saucepan over medium-high heat; reduce heat to medium, and cook, stirring occasionally, 15 minutes or until reduced to 1/4 cup.