Saturday morning we all bundled up and met at the Speedline to take the train into Philly. 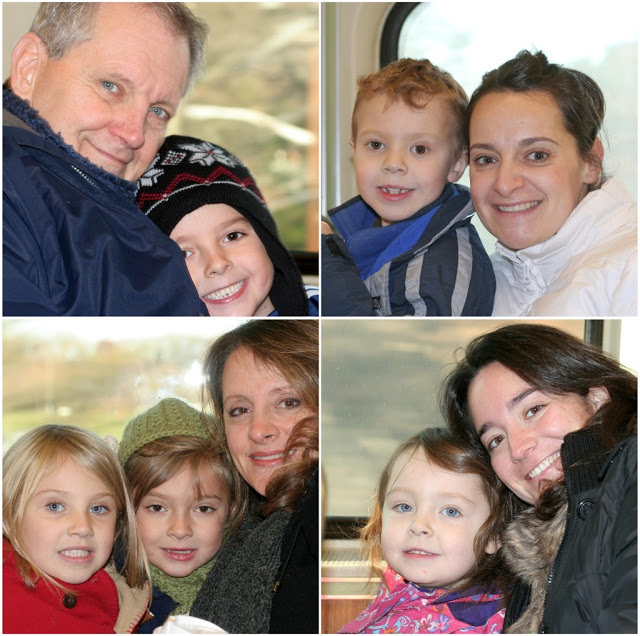 Off at 8th and Market… 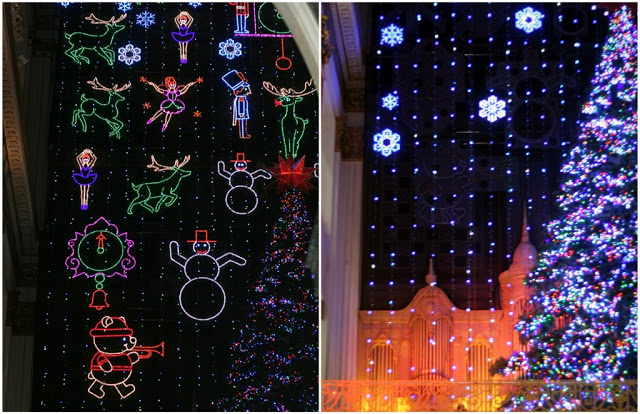 Our first stop was to see the Holiday Light Show ending with a concert on the Wanamaker Organ at Macy’s Philadelphia. It has been a Christmas tradition since 1956. I have been visiting since I was born and have delighted taking my children and now grandchildren to enjoy a family tradition for so many. 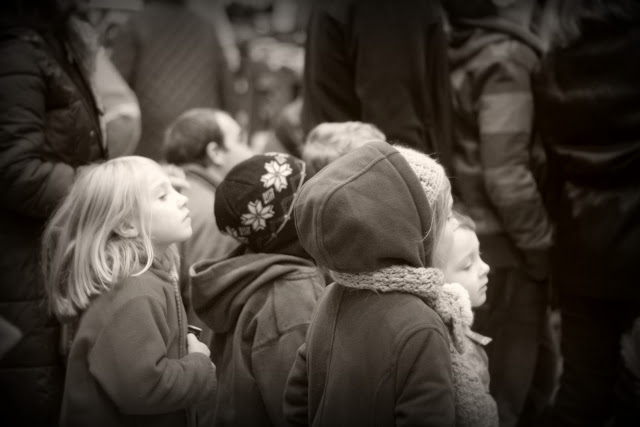 Little people and big people fill all the floors of the gorgeous building to get a peek at the Light Show.
Here are a few facts copied from the Friends of the Wanamaker Organ site.  It has great information, facts and photos if you’d like to learn more.
The Holiday Light Show:
Fun Facts and Figures
Past and Present

There are 34,500 LED lights on the Macy’s Magic Christmas Tree in six colors: red, yellow, green, blue, purple, and cool white, which breaks down to about 5,750 lights in each color. It is topped by a red Moravian (or Advent) star. The lights on the tree, the snowflakes, and the snowmen are dimmable.

The rest of the light show has about 65,000 LED lights (the Parade studio attempted to do an actual count, but found it impractical to finish). Colors include red, yellow, orange, green, blue, pink, purple, warm white, and cool white. The LEDs use 90 percent less electricity than standard incandescent bulbs (which were from 5 to 7 watts per bulb in the old show). LED colors are purer than incandescent colors, and cameras sometimes have difficulty capturing the violet and white shades.

The vertical strands have four steady LED colors: red, purple, blue and green. They also have two incandescent blinking colors: blue and white. These blinkers are still incandescent because the blink is in the bulb and is not controlled by the computer. LEDs are not developed enough yet to handle blinking.

The old Wanamaker tree contained an estimated 23,500 lights, many custom-tinted just for the Show in shades of pink and purple, and the figures contained 29,000 bulbs. The show was fed by 1200 amps. 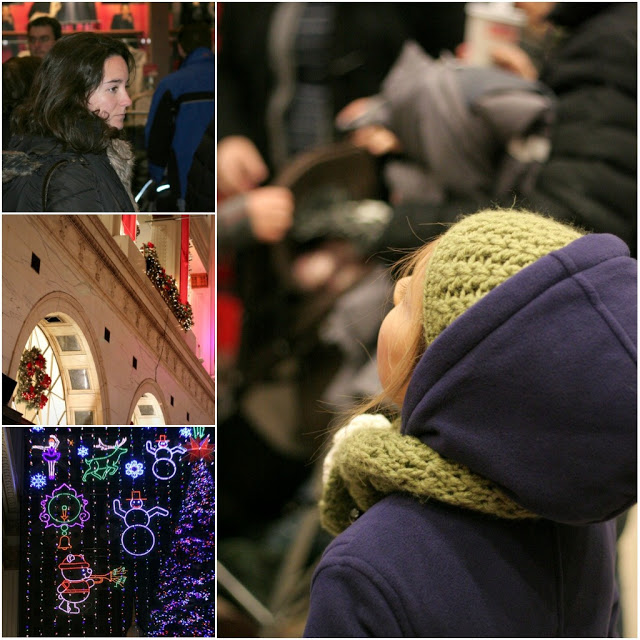 After the Light Show we headed to the 3rd floor to see the Dickens Village. 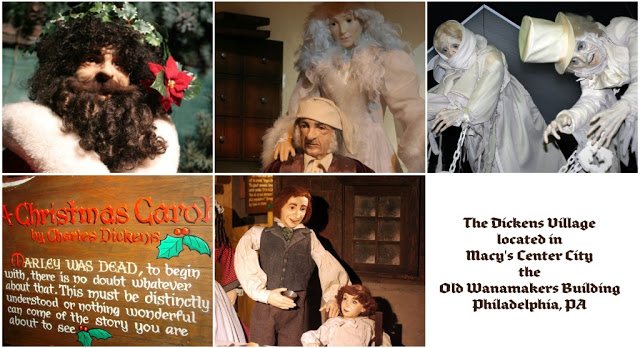 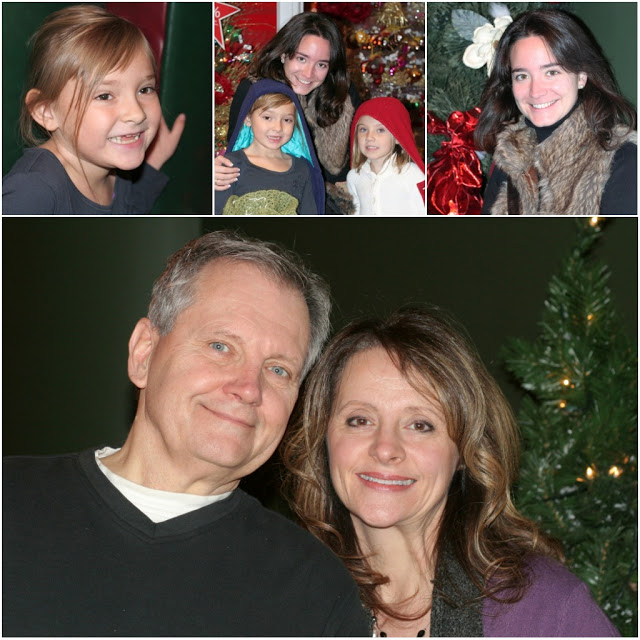 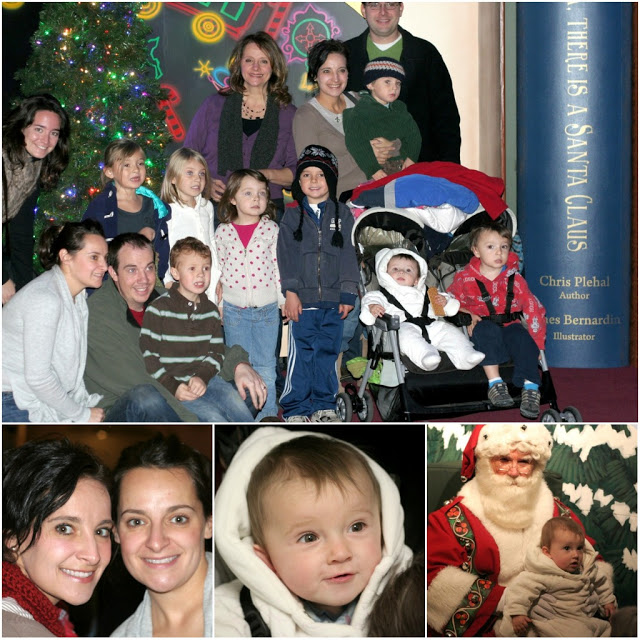 And a stop to see Santa on the way out. 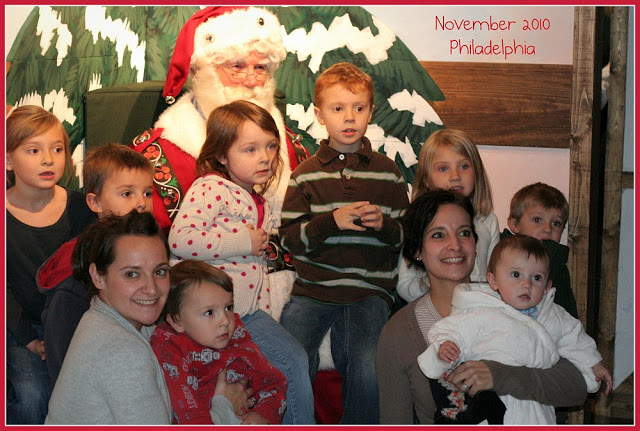 A pit stop to fill some empty tummies and lots more walking to the playground at Franklin Square. 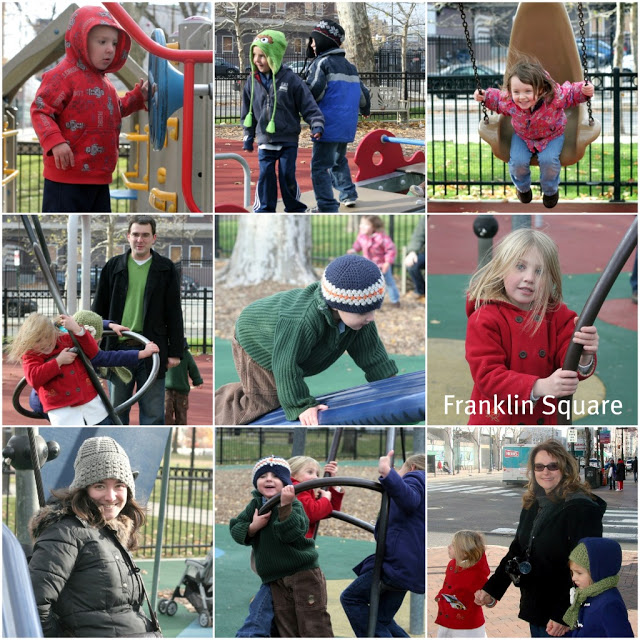 The cold and wind didn’t stop all the spinning, twirling, running, swinging, climbing and laughing. 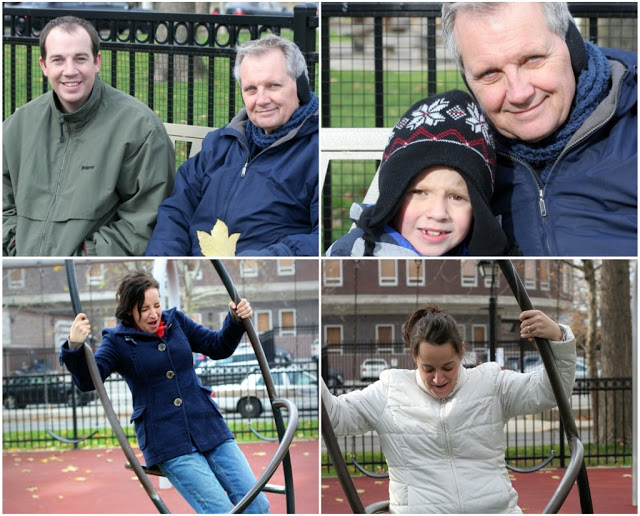 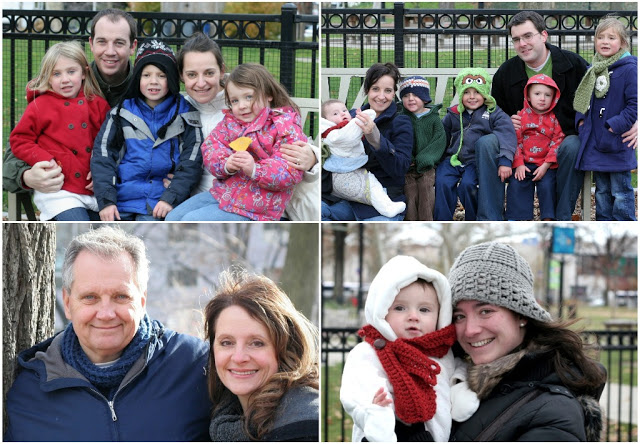 Another long walk back to the station to board the trains homeward with plans for a warm, cozy evening in front of the fireplace eating something that is also a Philly tradition…. Cheesesteaks!  Jill and Brad always try to include them as one meal during their visits because even though they have them in up-state NY, they just aren’t the same.  We also wanted Aldara to experience these wonderful sandwiches too.  Her opinion… two thumbs up and “I like!” 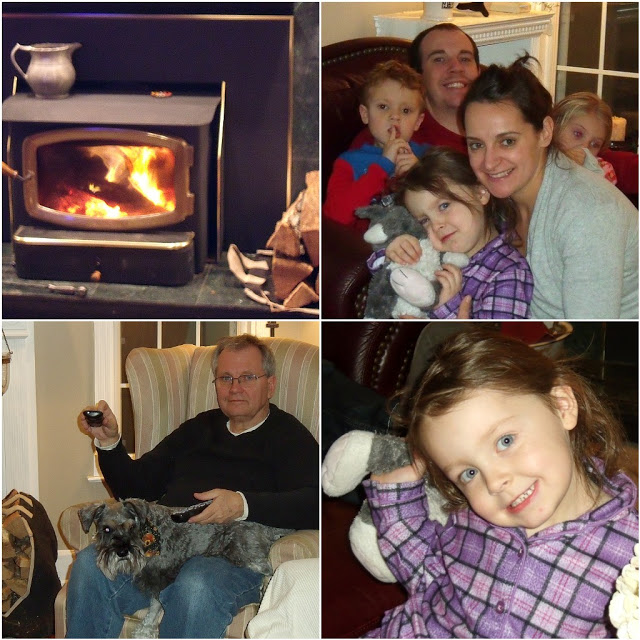 Baths done, PJs on, fire going and Pop-Pop controlling the remote, we are ready for… 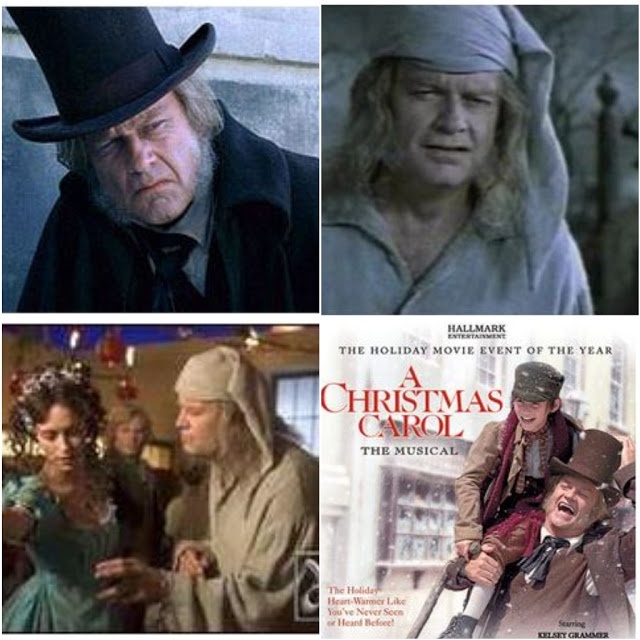