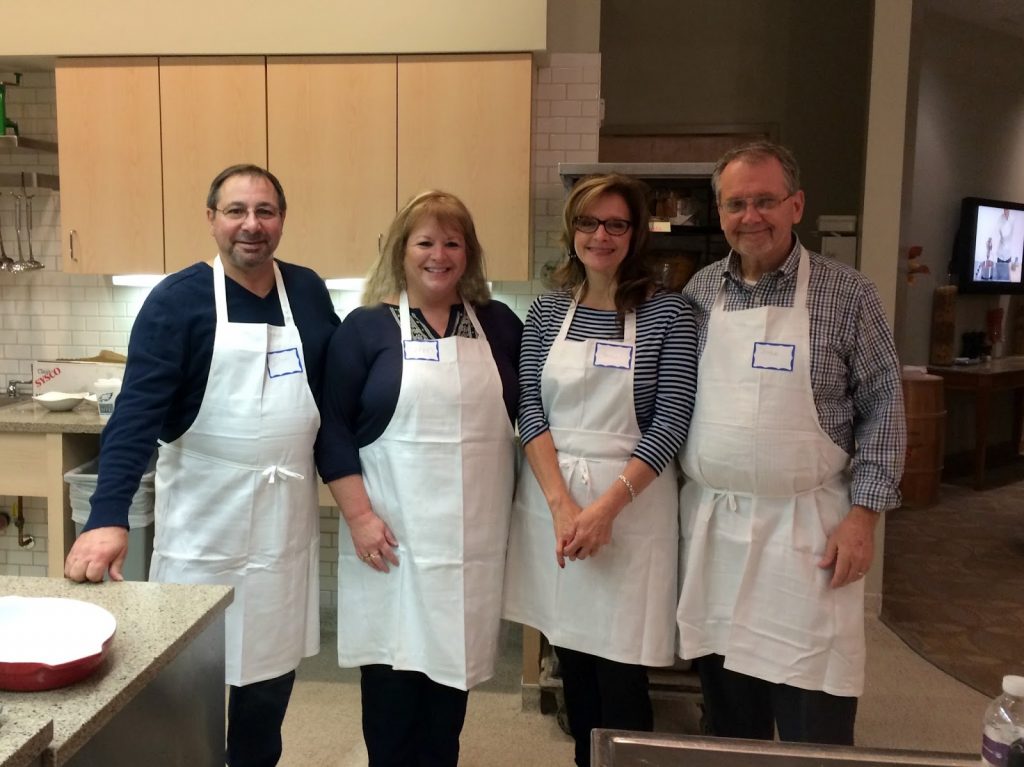 Celebrating anniversaries. What do you do when celebrating your anniversary?  Maybe something different every year. A quiet dinner together? A vacation? Exchange extravagant gifts. Take a walk along your favorite trail? John and I celebrated out 39th wedding anniversary and my cousin, Karen and her husband John will be celebrating their 33rd anniversary early November. So, we decided to spend a day together. We picked Atlantic City because John and I haven’t been there since we were children. 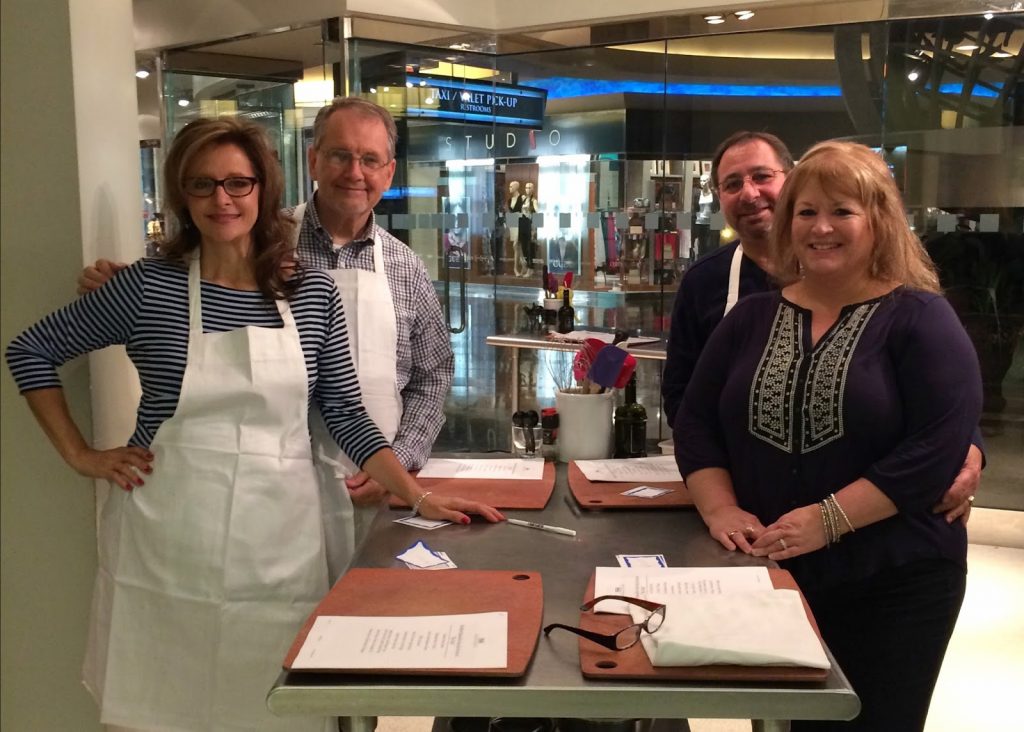 And, guess what we did when we first arrived…
we attended a cooking class at Viking Cooking School, located in Harrah’s, making southern specialties from the movie “The Help”. 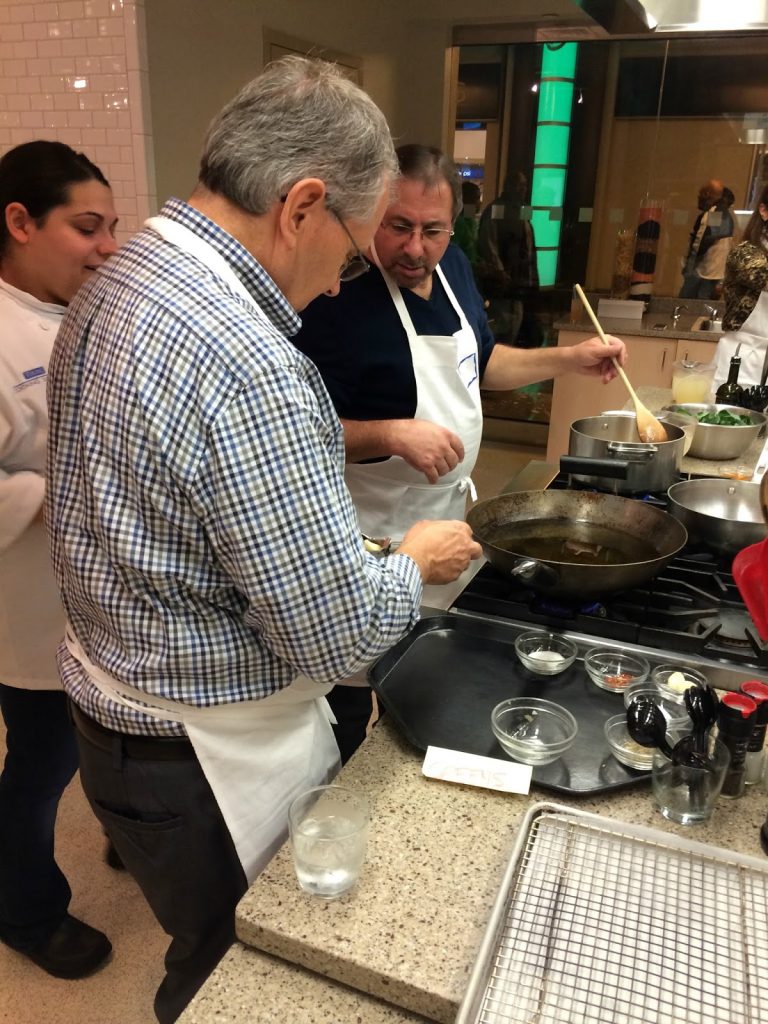 We had a blast making Southern Fried Chicken, Mac n’ Cheese, Slow-Cooked Southern Greens and Feather-Light Biscuits.  We sipped on Arnold Palmer’s, nibbled Deviled Eggs, and chatted with other class attendees before we began cooking. 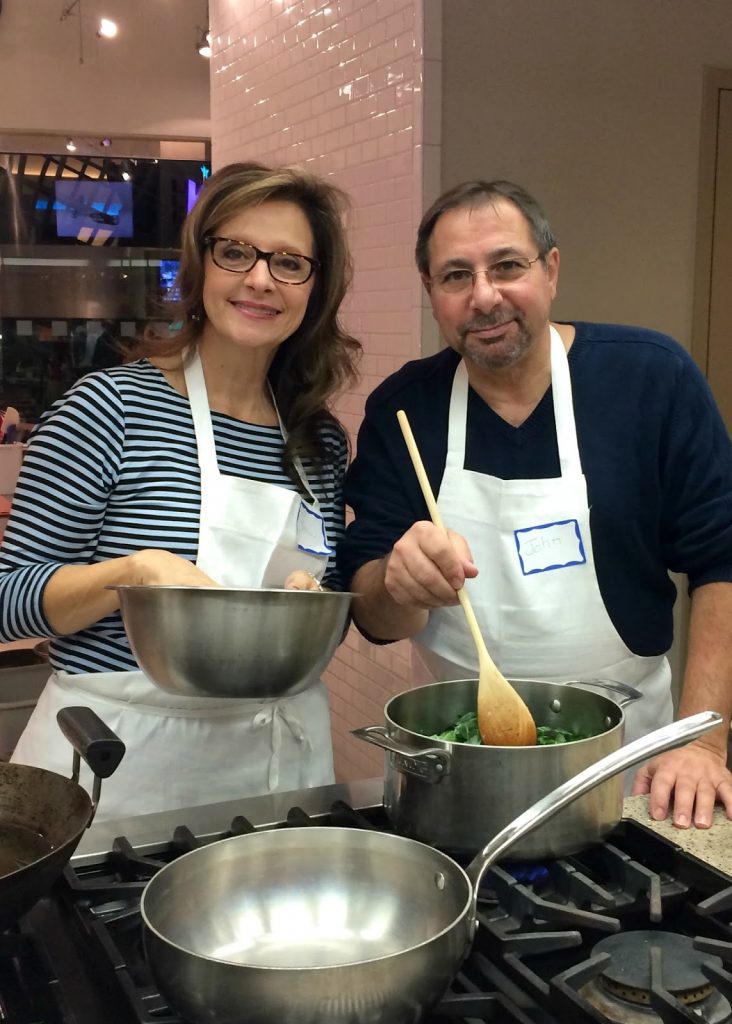 We started with the collard green because they take the longest to cook.
The guys took their job seriously! 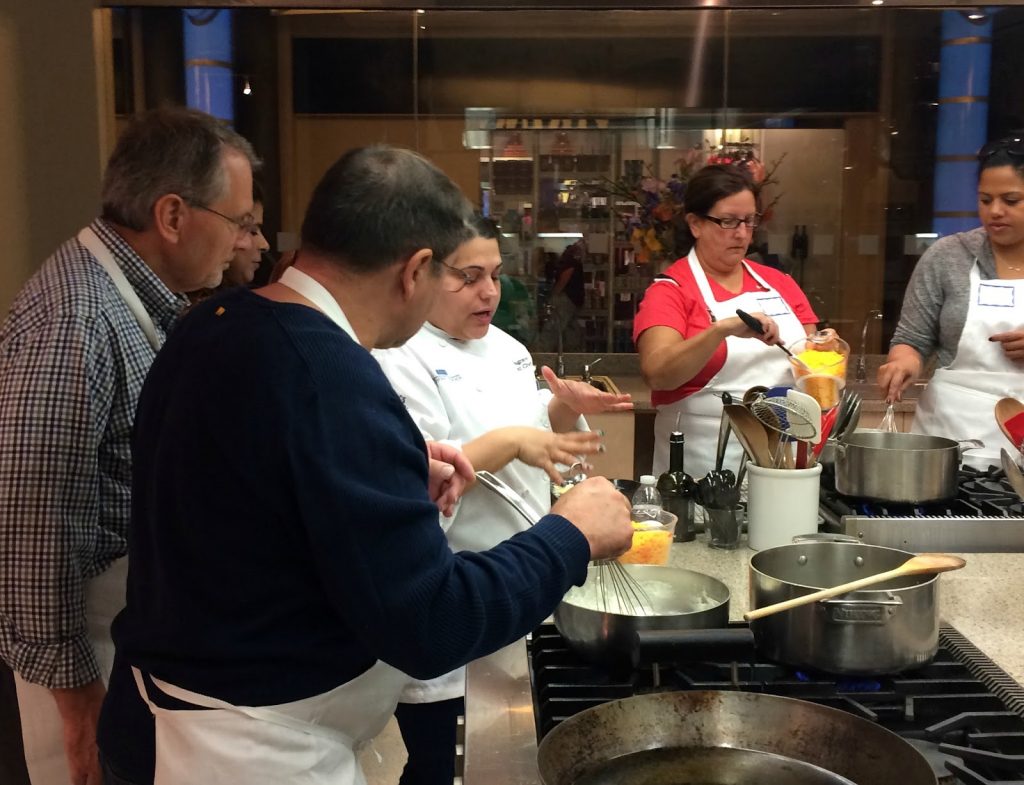 We almost let the liquid simmer dry but thanks to our cousin, John, we caught them just in time! 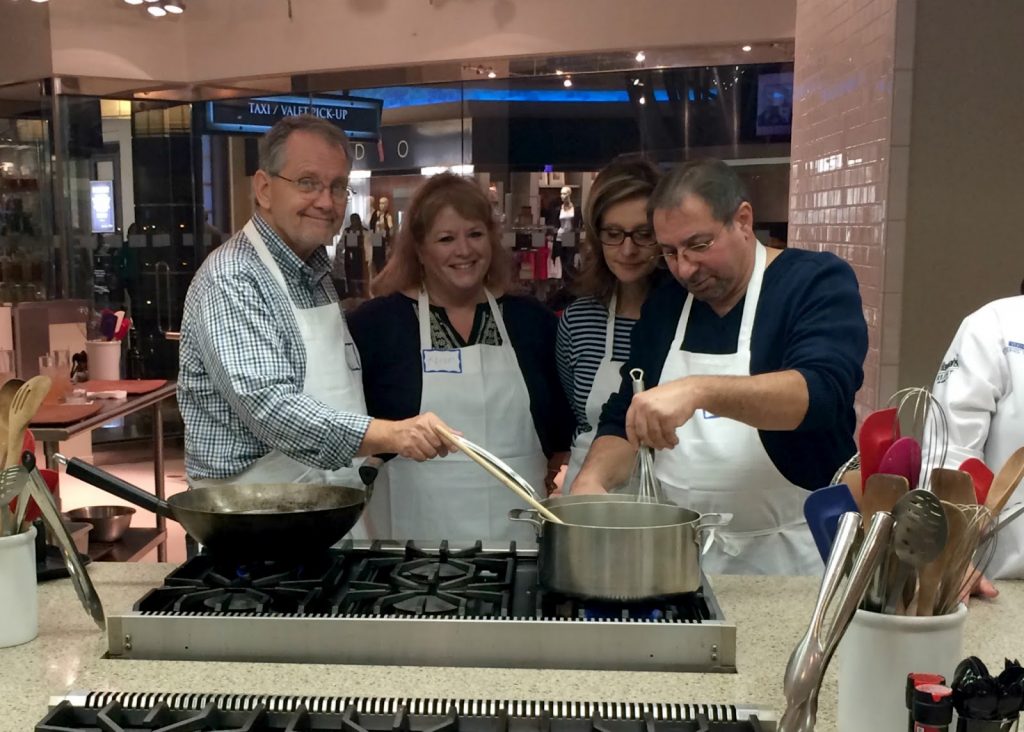 Chef Elaine explained how to make a rue for the cheese sauce that was stirred into the macaroni for the Baked Mac n’ Cheese.
Karen and I did our share cooking as well as took lots of pics!
Next it was on to another southern staple. 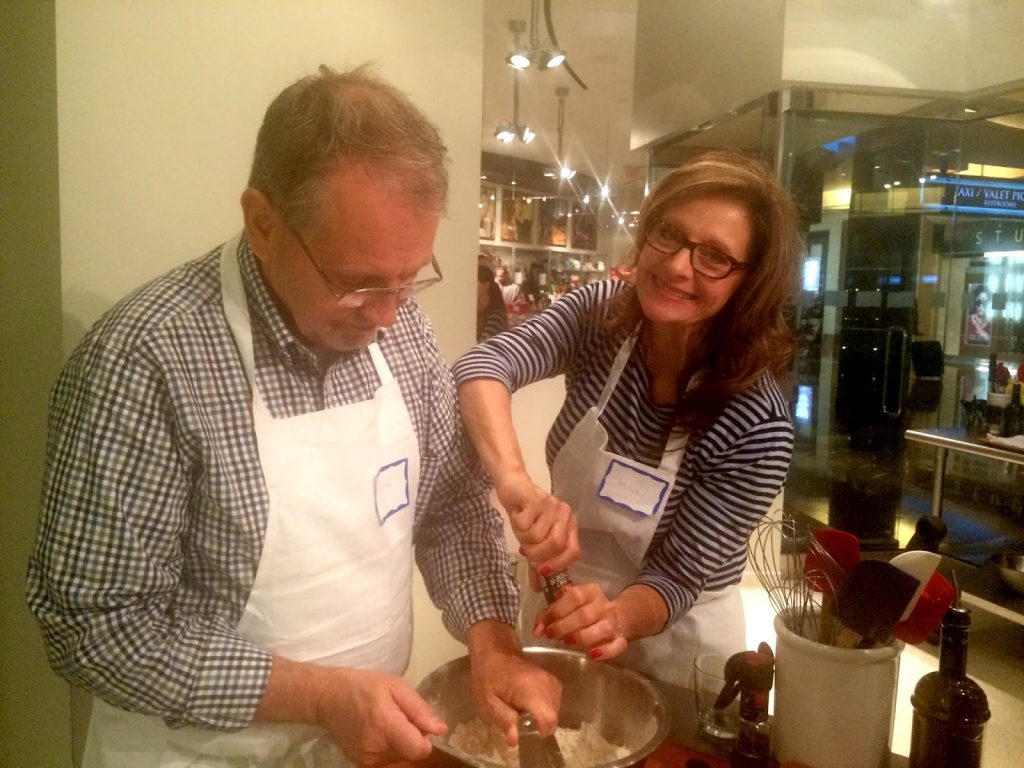 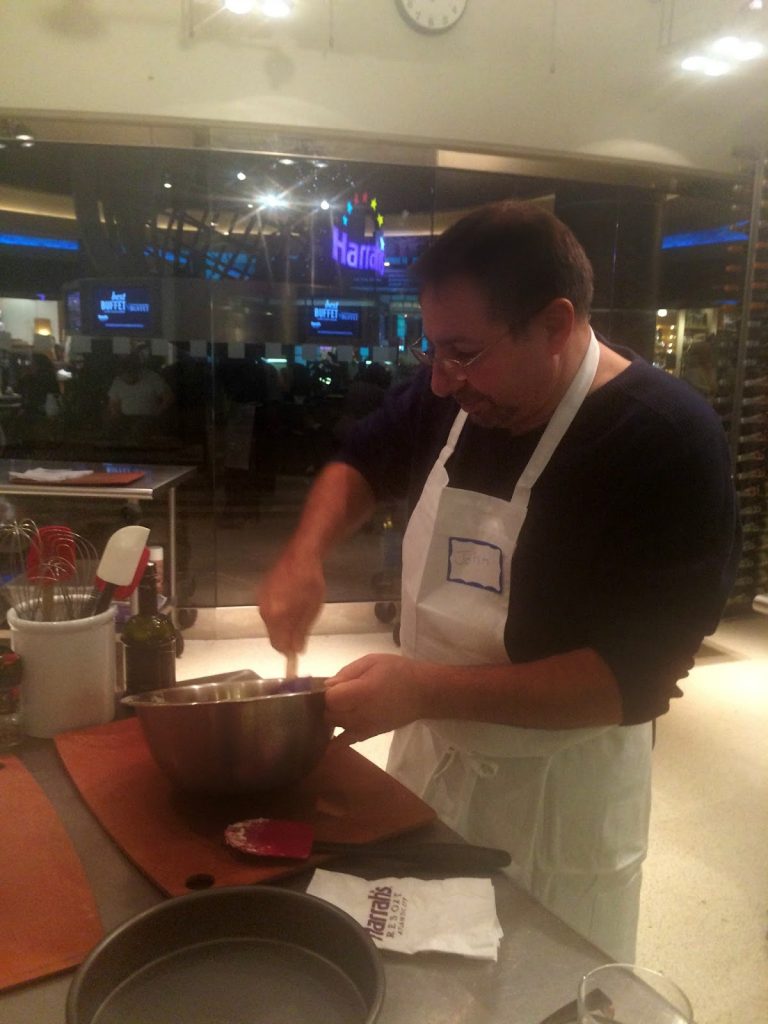 Counting each turn of the spatula as not to over-mix! 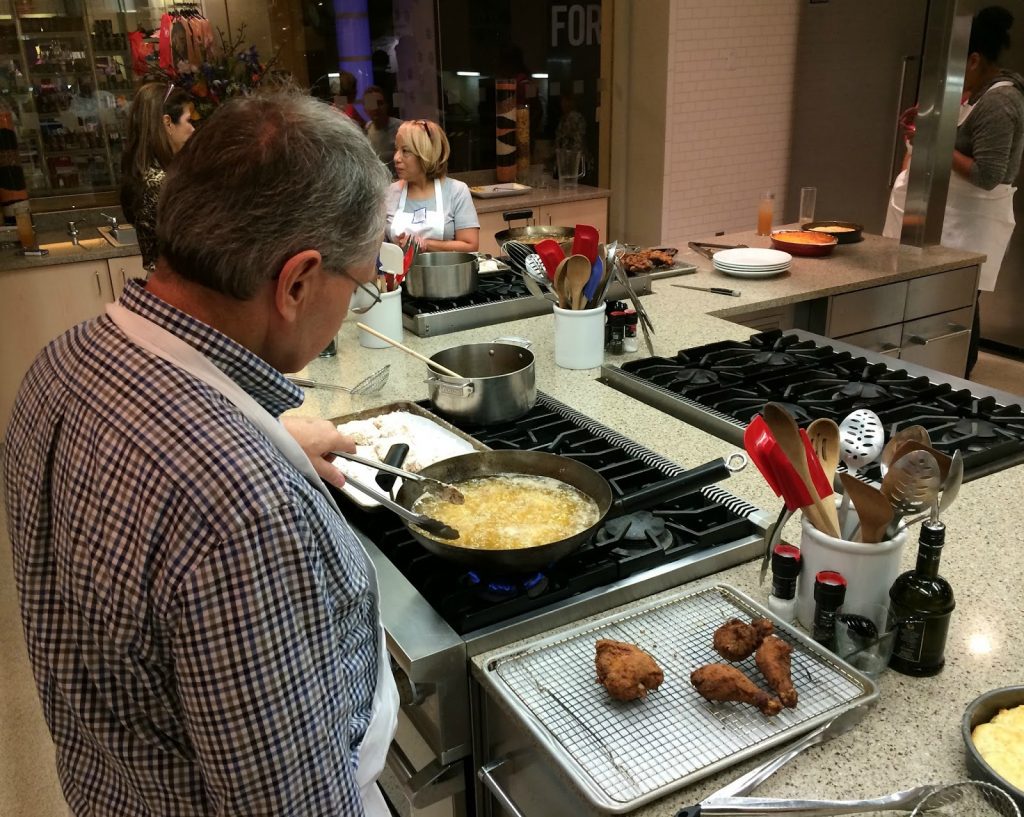 No photos of the messy job of coating pieces of chicken that had been marinating in buttermilk.
An eye on the clock for perfect timing to insure perfectly cooked, juicy chicken. 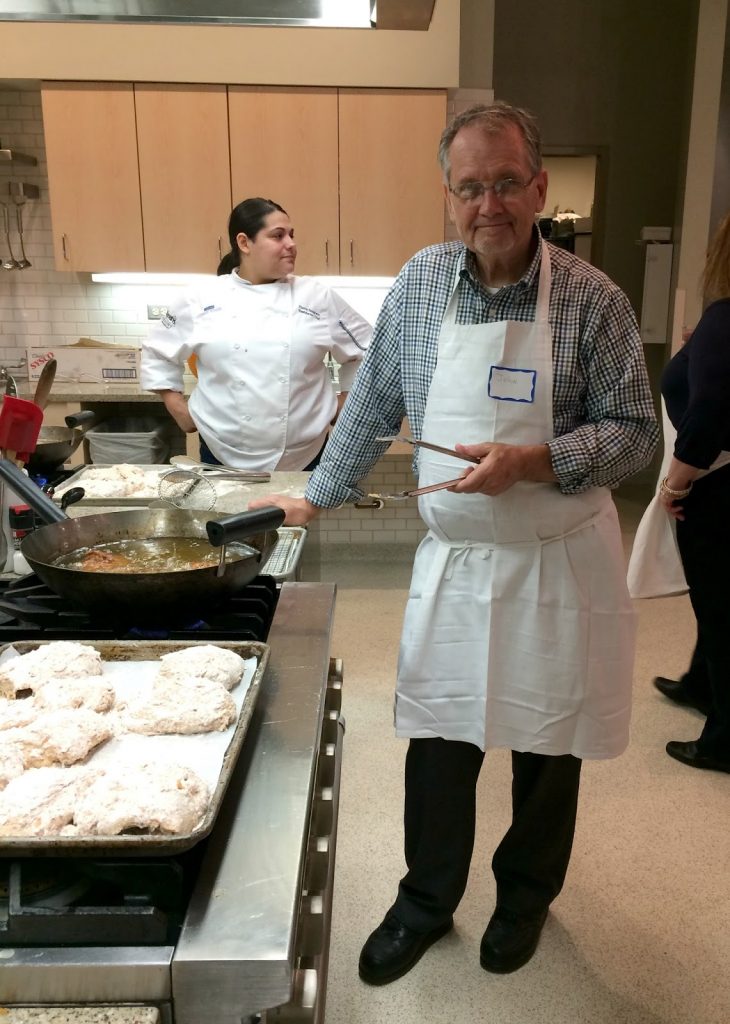 No one was getting the tongs from this guy 🙂
Just look at that face! 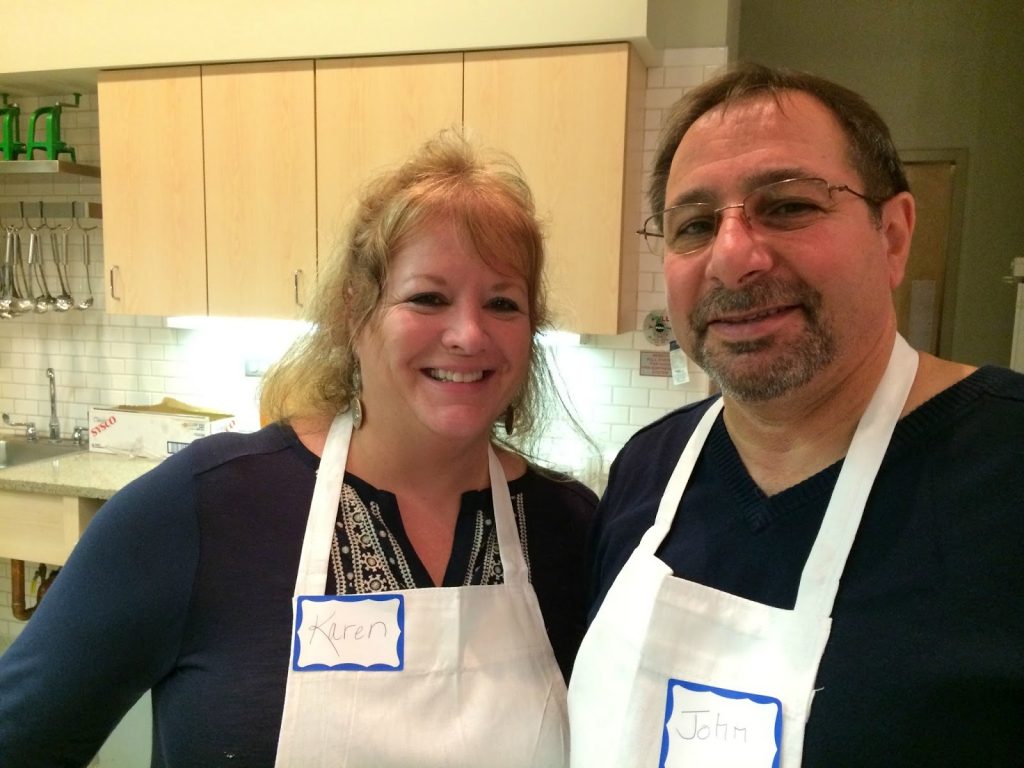 Karen and John made the day extra special!  Love spending time with them! 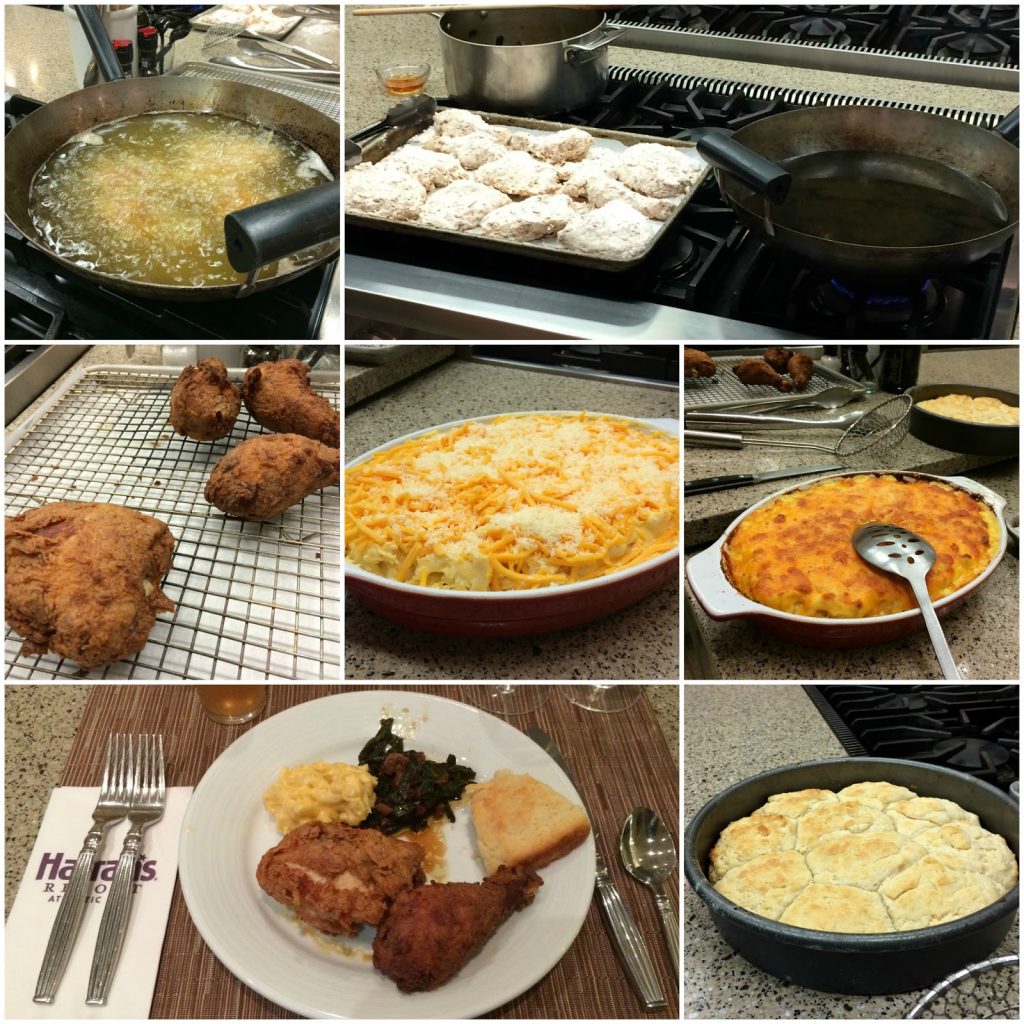 It was a three hour class ~  we cooked for two hours and spent the last hour dining on the delicious meal we had just created. 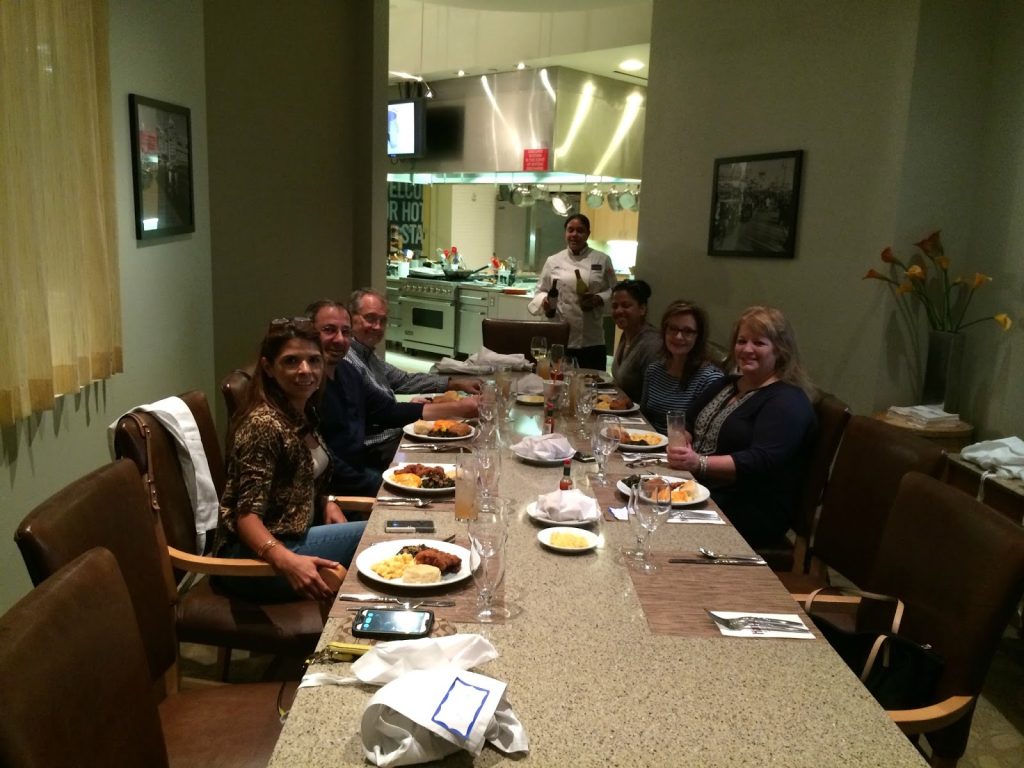 Waiting for everyone to fill their plates.  Such a great group and great instructor.
For dessert, we were served a slice of Minny’s Chocolate Pie (without a surprise, “secret ingredient”, of course)
I plan to make the recipes again at home and will share them in a post.

Yes, it has been 39 years since John and I were married and we vowed to love one another forever. Isn’t it just amazing that you can love someone with everything in you and find you love them even more year after year. We have much to be thankful for! 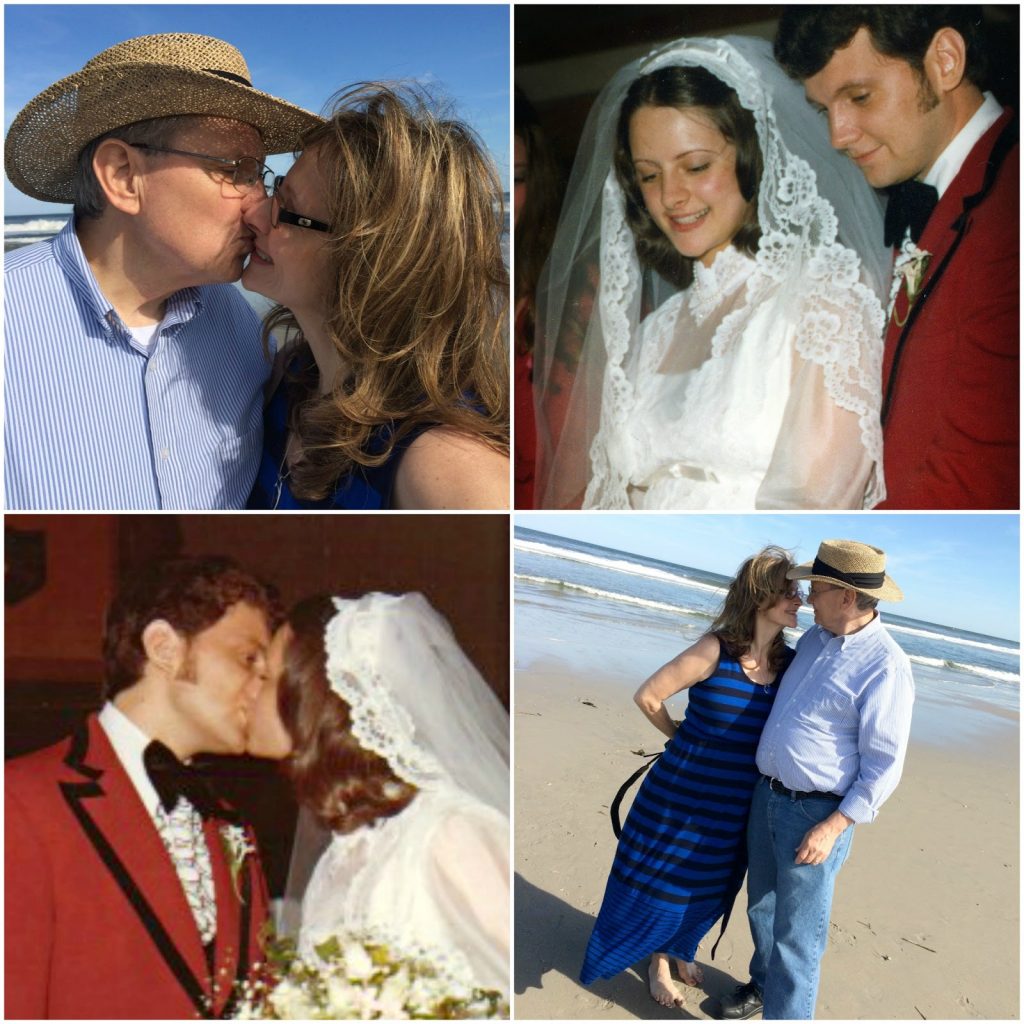 oh, let’s go dancing in the minefields
and sailing in the storms
oh, this is harder than we dreamed
but I believe that’s what the promise is for

Dancing in the Mindfields ~ take a listen