Geography makes no difference.
Language makes no difference.
You know in an instant nice people.
You’re warmed by their kind smiles
friendly manner
genuine laughter.
We had a most delightful morning with Aldara’s family.
Juan is Aldara’s father and is in the United States from Spain for business and visiting family.
Juan speaks and understands English very well and although
Paloma knows less English, we quickly realized what a
sweet lady she is and enjoy her company. 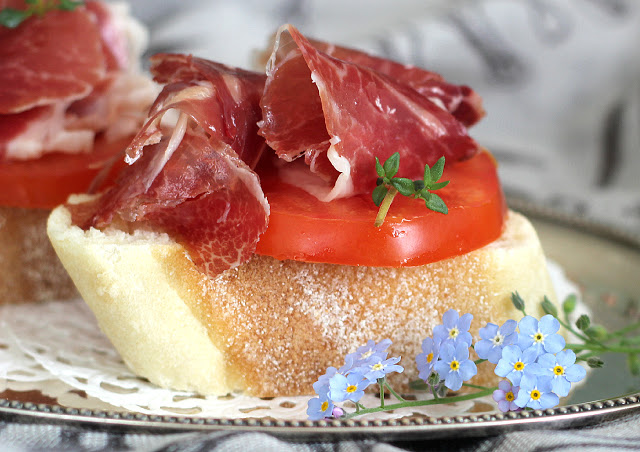 How excited John was to receive a gift of Jamón serrano which is a delicious national treasure of Spain
~*~
Jamón Serrano
Fresh hams are trimmed and cleaned, then stacked and covered with salt for about two weeks in order to draw off excess moisture and preserve the meat from spoiling. The salt is then washed off and the hams are hung to dry for about six months. Finally, the hams are hung in a cool, dry place for six to eighteen months, depending on the climate, as well as the size and type of ham being cured. The drying sheds (secaderos) are usually built at higher elevations, which is why the ham is called mountain ham. 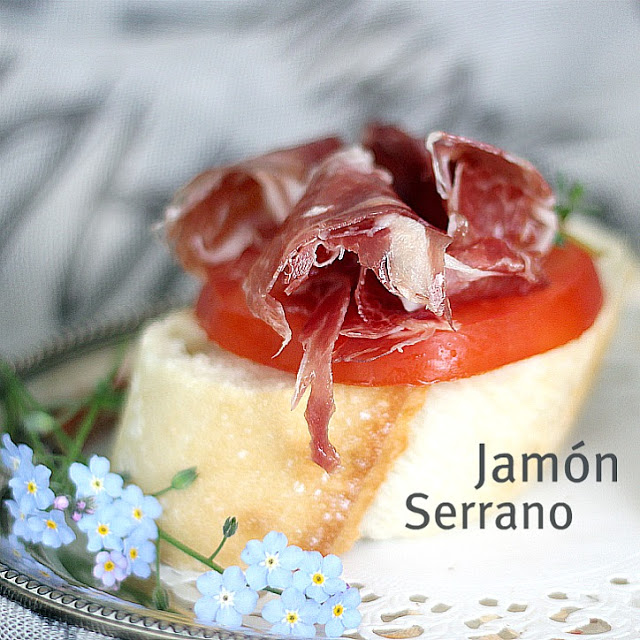 Jamon Serrano country ham is a source of great pride among Spaniards. From time immemorial in the mountains of Spain, they have rolled fresh hams in sea salt and hung them from their rafters to cure. A year to eighteen months later the jamones are ready to mount on special stands that are designed so that anyone can stop by, carve a few paper-thin slices, and enjoy an impromptu snack.

It is unlike the smoked and salty Virginia country hams, which have to be soaked and cooked. And it is even significantly different from Italian prosciutto, which is cured for a few months with a coating of lard. The Spanish jamón serrano has distinctly more flavor, and significantly less salt than country ham and less fat than prosciutto.
Jamón serrano is more than a delicacy in Spain; it is a normal part of every family’s life.
What is the appeal? Jamon Serrano is a flavorful, natural ham, cured in the country air. This extended curing transforms the ham, imparting a deep flavor and aroma. This lengthy curing also means it is much less fatty and has a firmer bite than Italian prosciutto. You can serve it sliced paper-thin with cheese and olives, or use it to flavor your favorite Spanish recipes.
The secret to jamon lies in its curing, recreating the effect of traditional techniques. This tradition is kept alive in rural areas where in early winter, family and friends gather to slaughter their livestock in preparation for winter months. The hams are placed in sea salt for a brief period of time – approximately one day per kilo – and then they are strung up. They are allowed to experience the changes of temperature as the seasons progress. The right time to eat them is when an experienced ham-master inserts a long splinter of cow bone and whiffs the jamón, like a connoisseur of wine who sniffs the cork.
Source 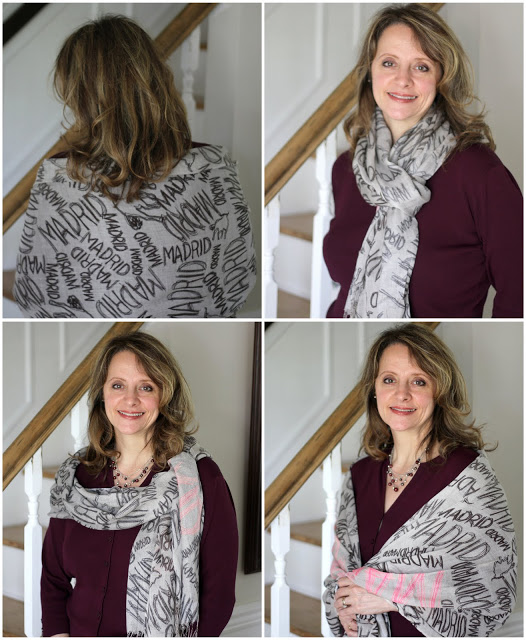 This lovely scarf is a gift from Juan and Paloma as well.
I will remember them each time I wear it 🙂 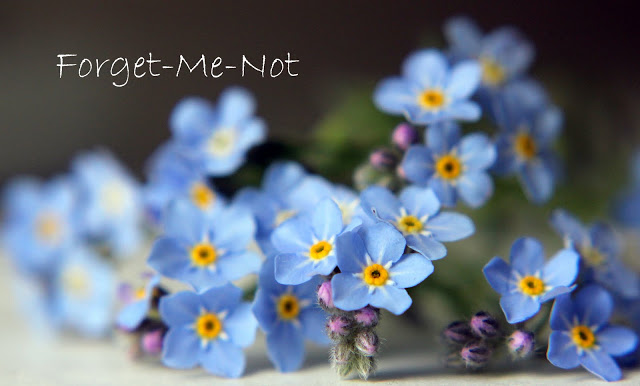 How appropriate that Forget-Me-Not flowers are blooming in the garden.
A prefect reminder of  new friendship!