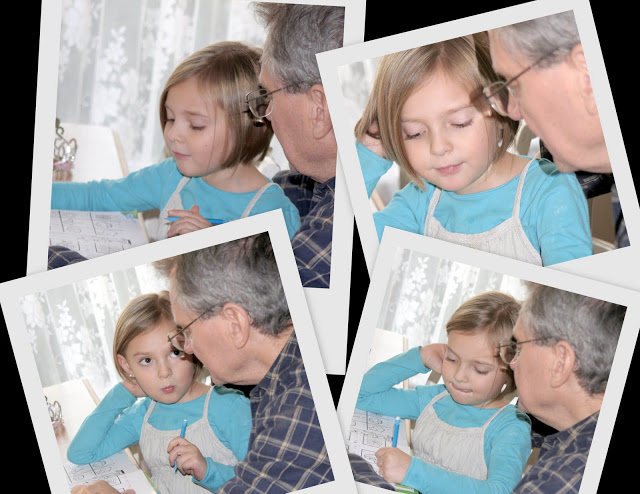 For the past few days, Pop-Pop has been overseeing Keri Jill with her homeschool lessons.
Pop-Pop thinks it’s pretty special that he, Keri and Keri’s Mommy are all left-handed.
Children’s children are a crown to the aged
Proverbs 17:6

The preference for use of a particular hand is known as handedness. The dominate hand of an individual gives them a faster or better performance with the hand. The less capable or less preferred hand is called the non-dominant hand.

There are different degrees of handedness. Some people express a strong level of “left-handed” or “right-handed” and many fall between the two extremes.

Why are some people left-handed?

Scientists aren’t exactly sure why some people are left-handed. They know that genes are responsible about 25% of the time. Left-handedness does tend to run in families but there are many other factors to consider making some people lefties and others not.  Identical twins, who share the same genes, can sometimes have different dominant hands. There are many theories on what else might determine which hand you write with.
The overall chance of being left-handed is relatively low. Even though there is a greater chance that left-handed parents have left-handed kids, most children of left-handed parents are right-handed. If you look far enough in your family tree, you may be surprised to find a number of lefties there.

So, are you a “Leftie”? Share any thoughts or tidbits for us “righties” to understand about the awesomeness of your handedness?  Leave a comment or send an email 🙂