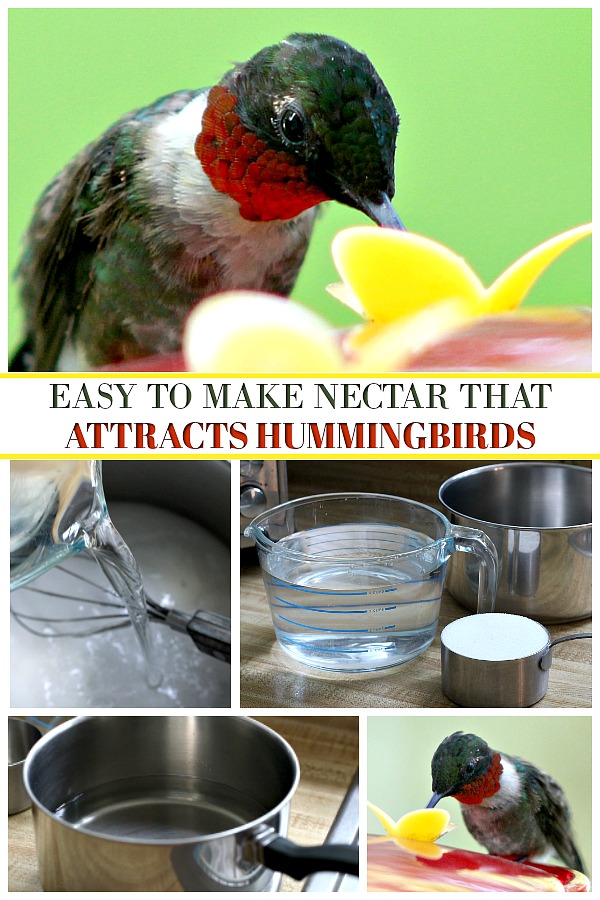 One of my favorite summer activities is watching hummingbirds. I wait expectantly for their arrival each spring and set out feeders to attract them to my yard and windows. You can make your own hummingbird nectar with this easy recipe that attracts these fascinating, tiny birds who can fly at speeds greater than 33 miles per hour and flap their wings 720 to 5400 times per minute when hovering. A hummingbird flaps its wings up to 70 times per second and its heart rate can reach 1,260 beats per minute. 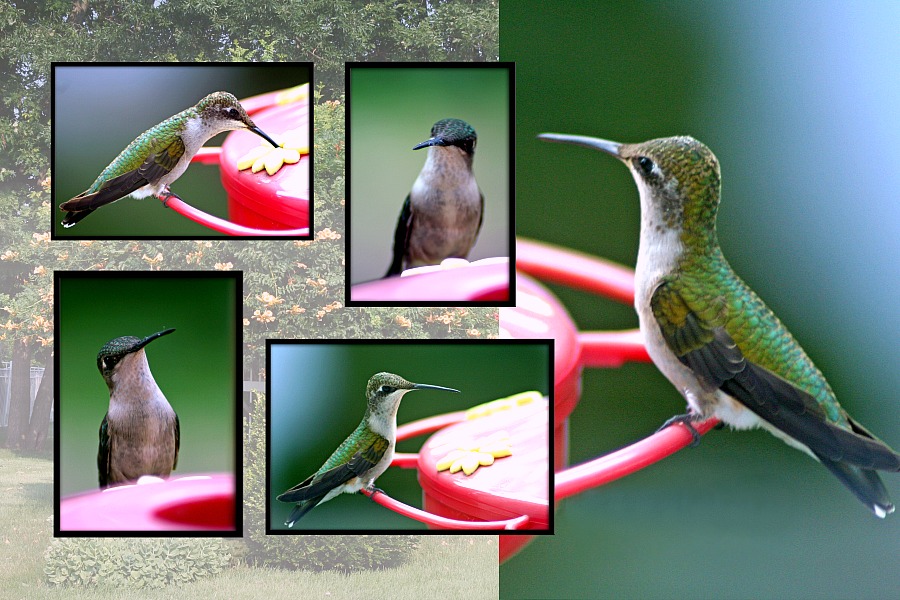 Season after season, year after year, I still get a thrill every time I see a hummingbird. Since I keep one of the feeders on the kitchen window over the sink, I see them often. Some zoom in and hoover while grabbing a quick drink. Others perch on the feeder and leisurely sip. It may be a male or a female, adult or young bird. Often the little bird will tilt its head watching closely for other hummers before darting away. 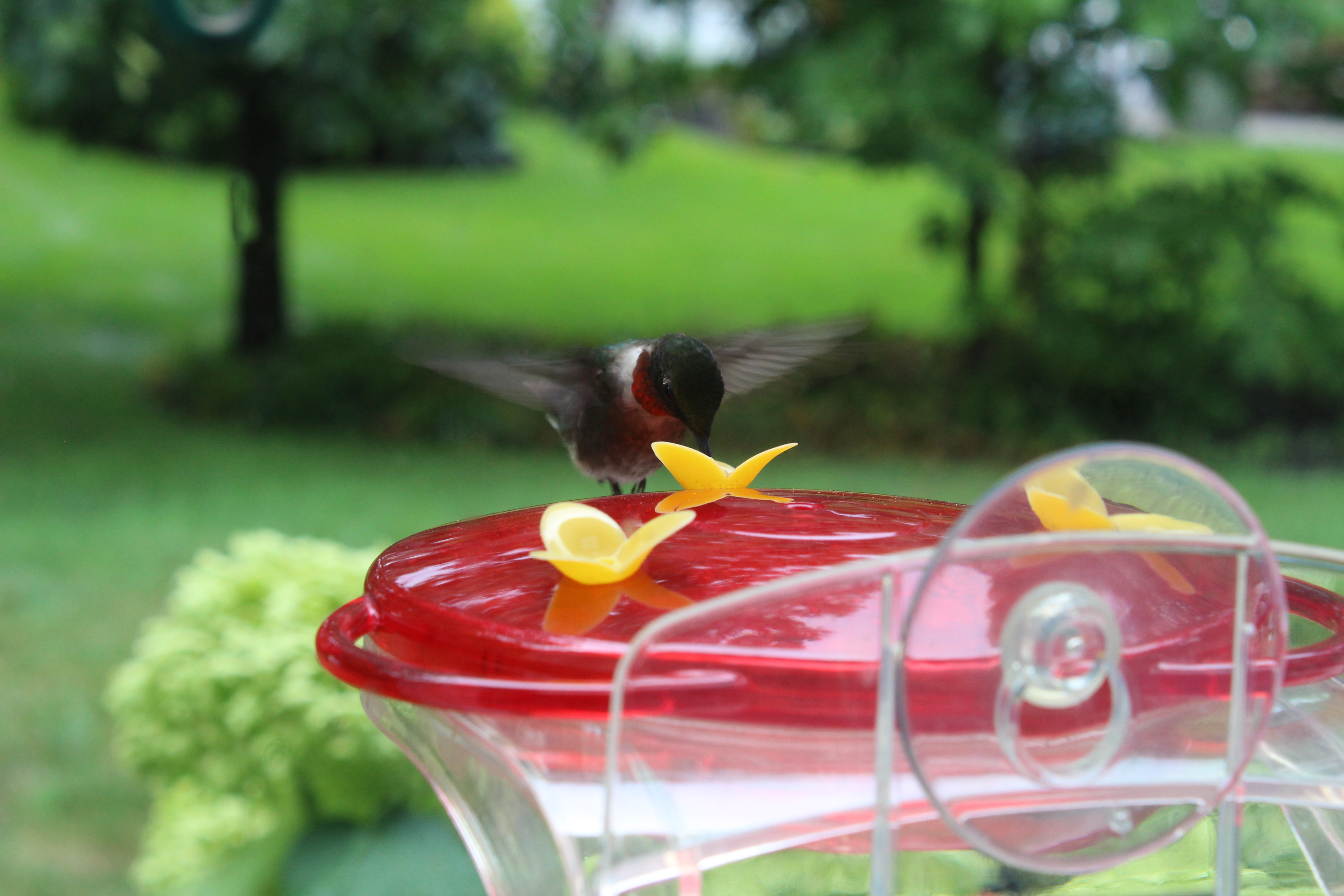 Male hummingbird at a window feeder

Though there are over 330 species of hummingbirds, the ruby-throated hummingbird is by far the most common hummingbird seen east of the Mississippi River and here in southern New Jersey where I live.

Here are some interesting facts about them:

Hummingbirds do not live on sugar water and nectar alone. They eat insects and tiny spiders to supply protein and also feed on tree sap.

Hummingbirds are some of the smallest birds in the world. Flapping those tiny wings can be quite a workout, burning up calories fast. To maintain their energy and momentum, hummingbirds need to eat a lot! To satisfy their speedy metabolisms, these busy birds consume half their body weight in bugs and nectar, feeding every 10-15 minutes and visiting 1,000-2,000 flowers per day. 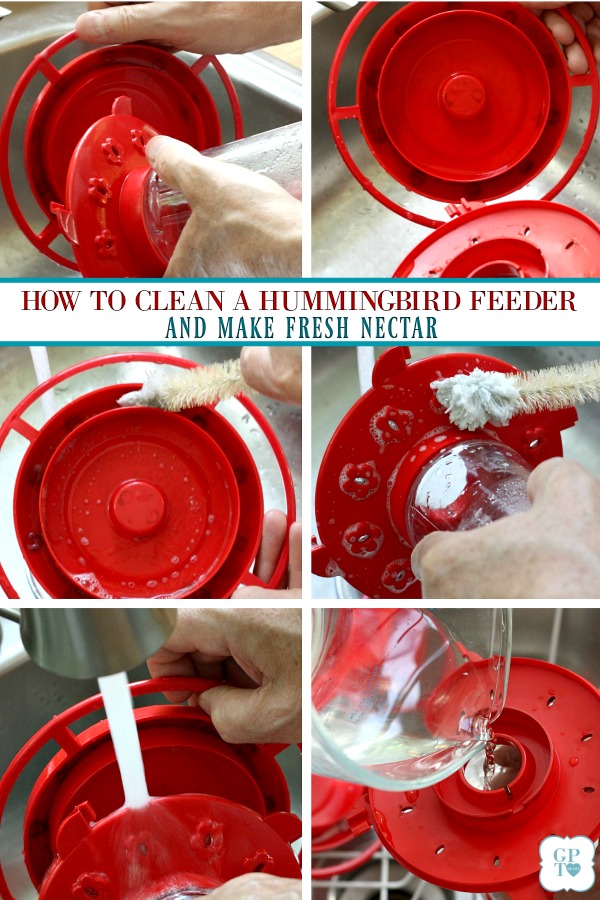 Hummingbird feeders should be cleaned and changed at least once a week and more often on hot days. The nectar will become cloudy and mold will begin to grow making it unsafe for consumption. 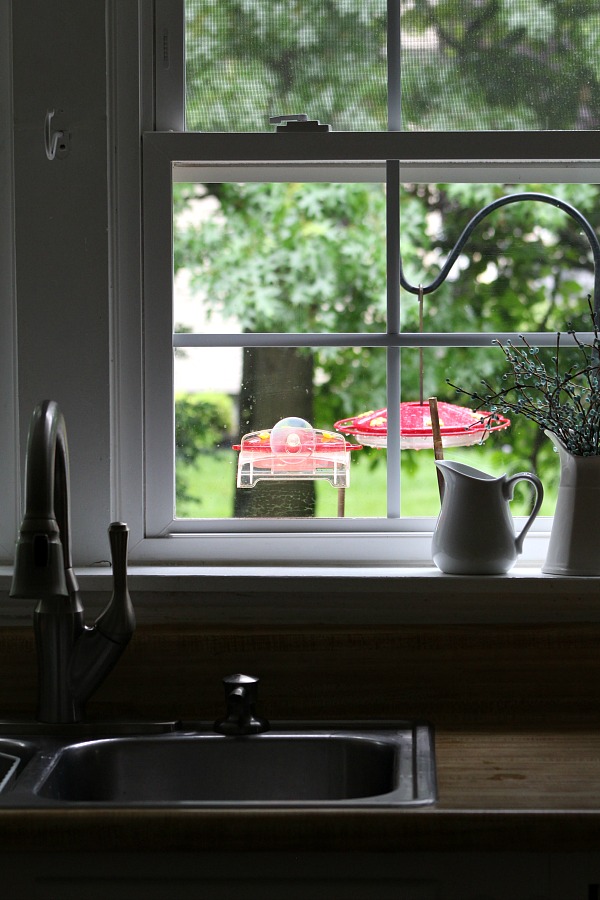 Place feeders where you will see and enjoy them.

I usually keep three feeders, one on the front porch, one in a tree in the front yard, and a feeder just outside my kitchen window. This season and last, I have a feeder suctioned to the kitchen window and one just behind it. I thought the hummers would be leery to fly to the window feeder and enticed them with the both feeders. They actually prefer the window feeder.

Here are some tips for choosing a location for your feeders: 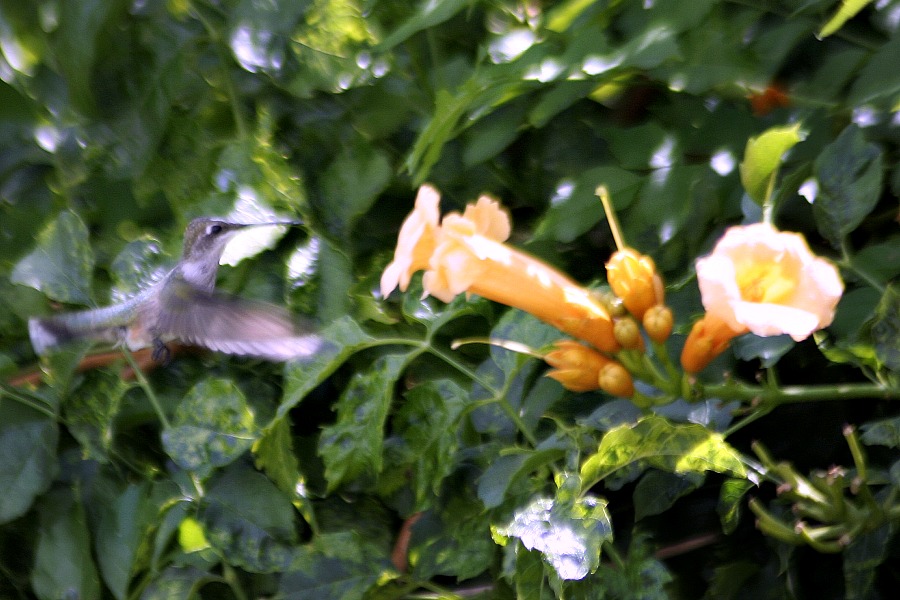 After moving into our home many years ago, I set out to attract hummingbirds to our yard by planting flowers that would entice them. In our 6b zone, I found that Trumpet vine and Buddleia Bush have consistently been favorites for the hummers. In fact, it was the trumpet vine that initially brought our first hummingbirds to our feeders.

Hummingbirds are looking for flowers to use their long, narrow beak, designed to reach deep into the necks of tubular flowers. Hummingbird favorites usually are red, orange, yellow or blue, especially blue Salvia species. Hummers like blossoms with lots of concentrated nectar. 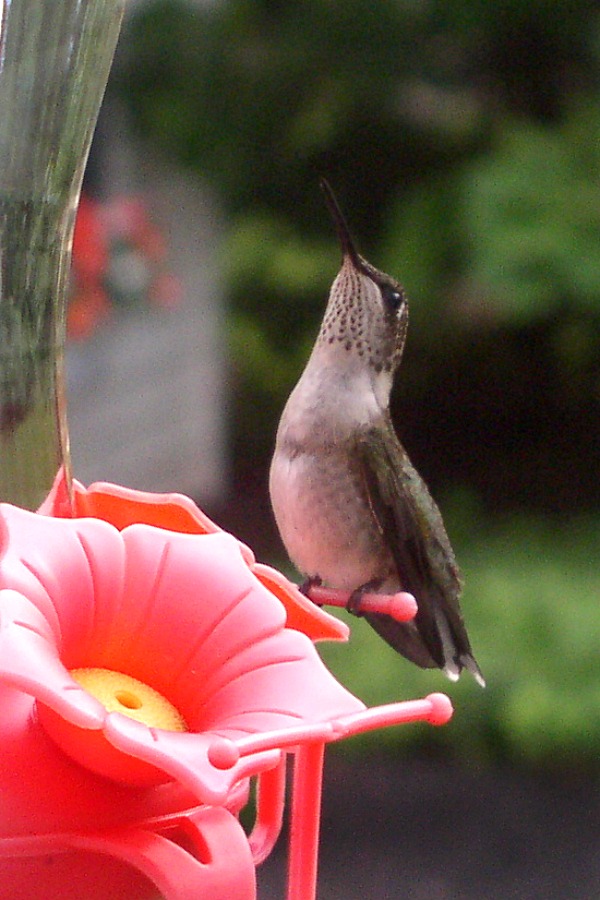 Hummingbirds spend the winter in Central America or Mexico, and migrate north to their breeding grounds in the southern U.S. as early as February, and to areas further north later in the spring. The first arrivals in spring are usually males.

Here in zone 6b, I have had a hummer arrive as early are April 8th. I like to set my feeders out by April 1st each year. The northward migration is complete by late May. Banding studies show that each bird tends to return every year to the same place it hatched, even visiting the same feeders!

The peak of southward migration is late August and early September. The number of birds migrating south may be twice that of the northward trip, since it includes all immature birds that hatched during the summer, as well as surviving adults.

For a hummer that just hatched, there’s no memory of past migrations, only an urge to put on a lot of weight and fly in a particular direction for a certain amount of time, then look for a good place to spend the winter. Once it learns such a route, a bird may retrace it every year as long as it lives.

The initial urge is triggered by the shortening length of sunlight as autumn approaches, and has nothing to do with temperature or the availability of food; in fact, hummingbirds migrate south at the time of greatest food abundance. When the bird is fat enough, it migrates. 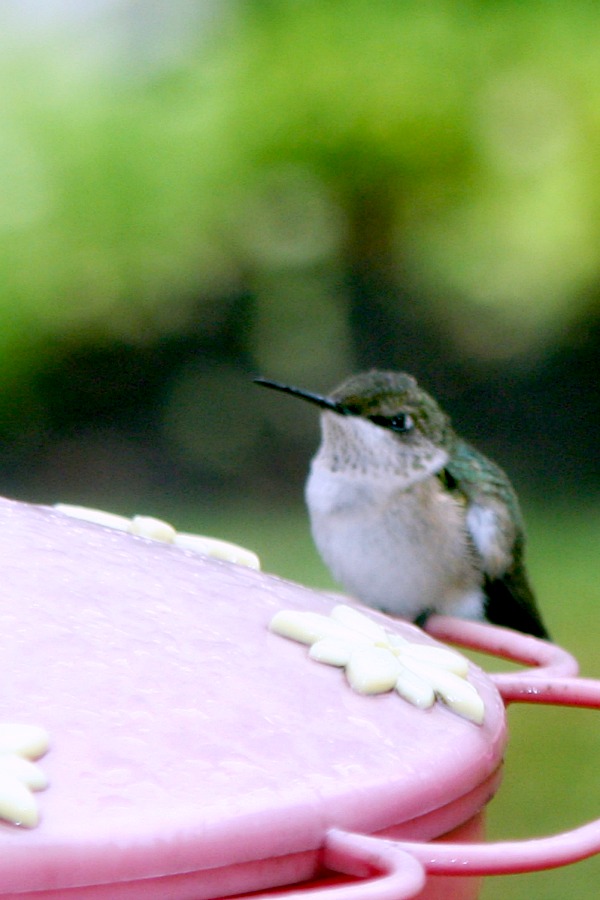 Ruby-throated hummingbirds are solitary. Adults of this species are not social, other than during courtship (which lasts a few minutes); the female also cares for her offspring. Both males and females of any age are aggressive toward other hummingbirds. They may defend territories, such as a feeding territory, attacking and chasing other hummingbirds that enter. 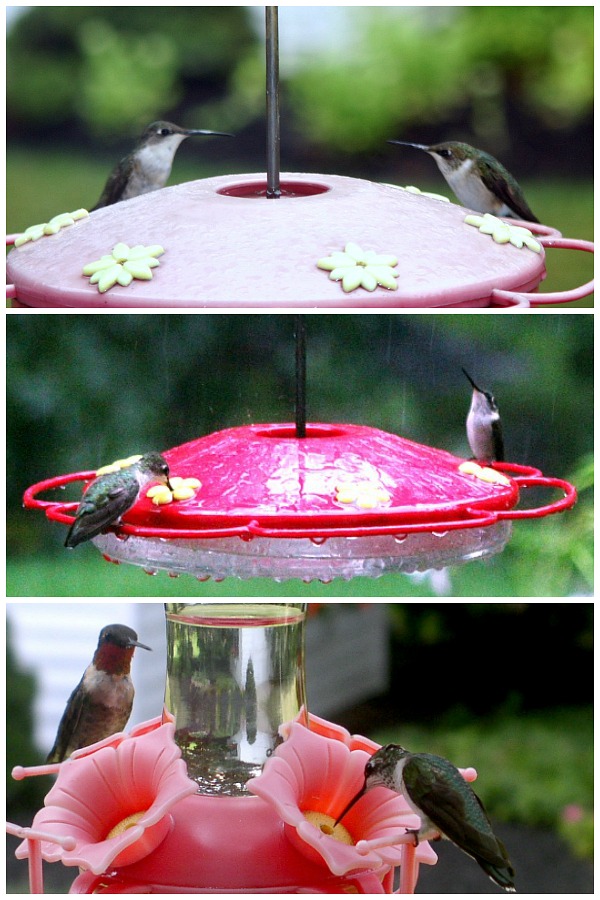 I have seen photos that have many hummingbirds at feeders but in my experience, it is rare that there is more than one bird on a feeder at a time. The top photo in the collage above seems to sum up how pleased they are to share a feeder.

How to Make Hummingbird Nectar

If you make extra nectar, store it in a covered container in the refrigerator and use within a week.

Do not use any artificial sweetener or honey. Using sweetener other than sugar can be dangerous to the hummingbirds.

Clean your hummingbird feeder often to make sure there’s no mold or harmful bacteria for the birds.

Check out these suggestions if you are looking to draw hummingbirds to your yard or if you need a great gift idea for a friend that loves hummingbirds. 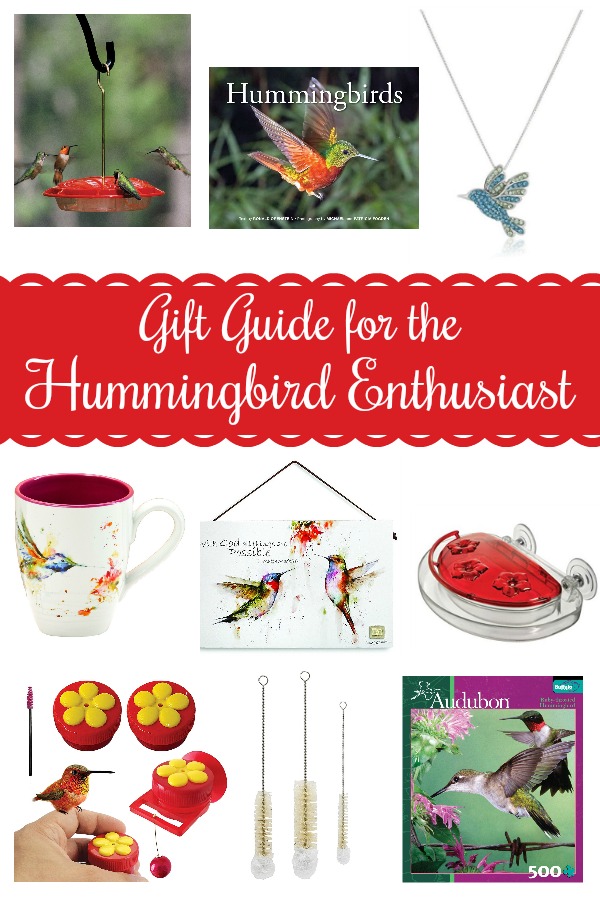 Handheld Hummingbird Feeders with Perch—Pack of 2 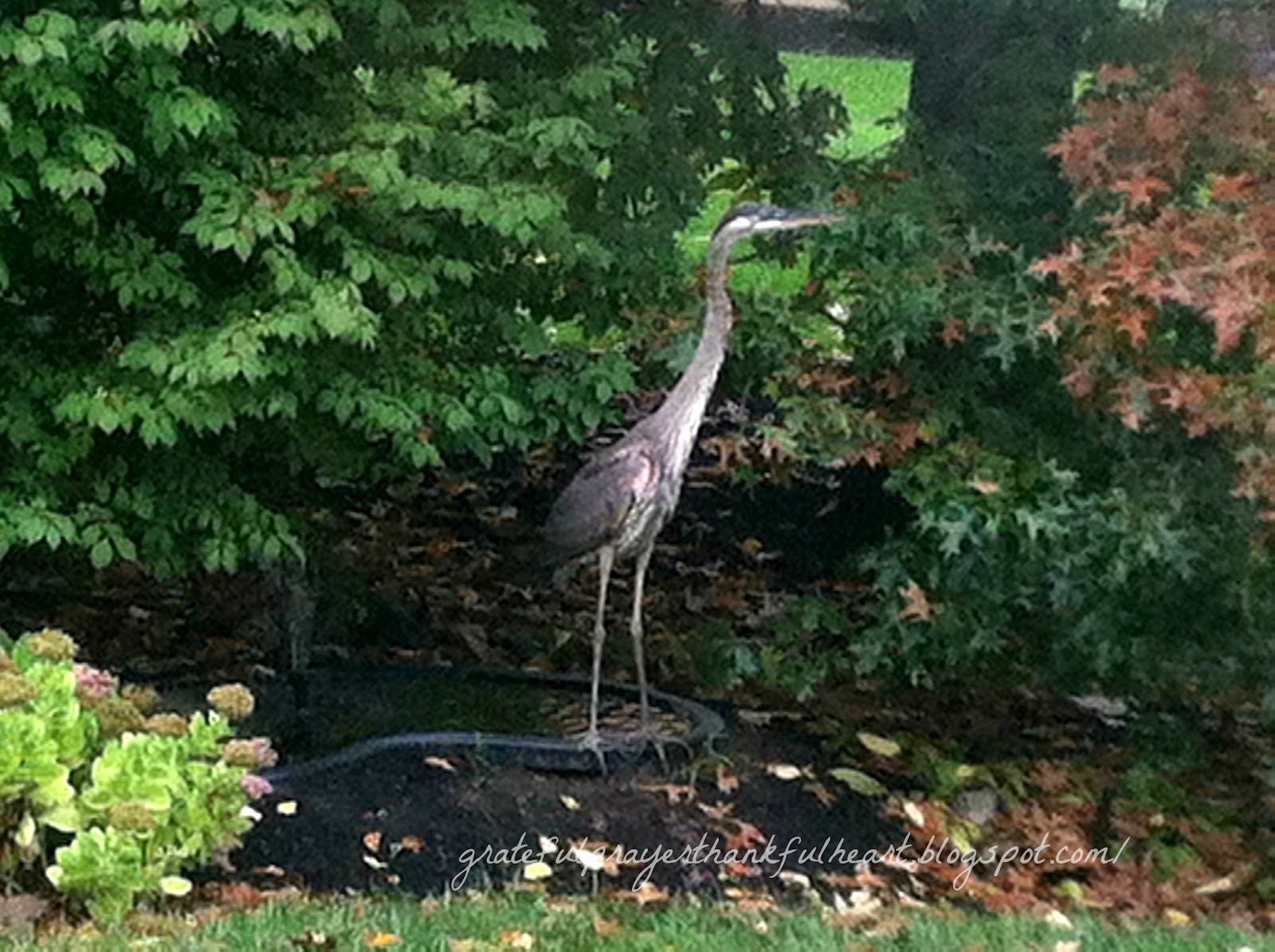