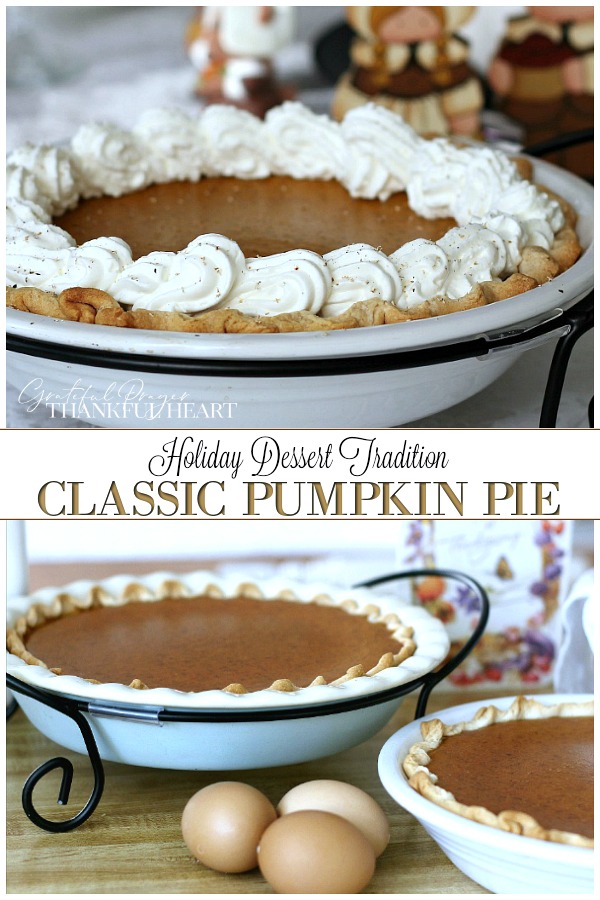 Libby’s Famous Pumpkin Pie is faithfully part of our Thanksgiving day. It is a classic. I have used this recipe from the label of the Libby’s Pumpkin can for years. It is dependable and delicious!

There are affiliate links in this post. That means if you buy something from that link, I will earn a small commission, but it won’t cost you anything additional. 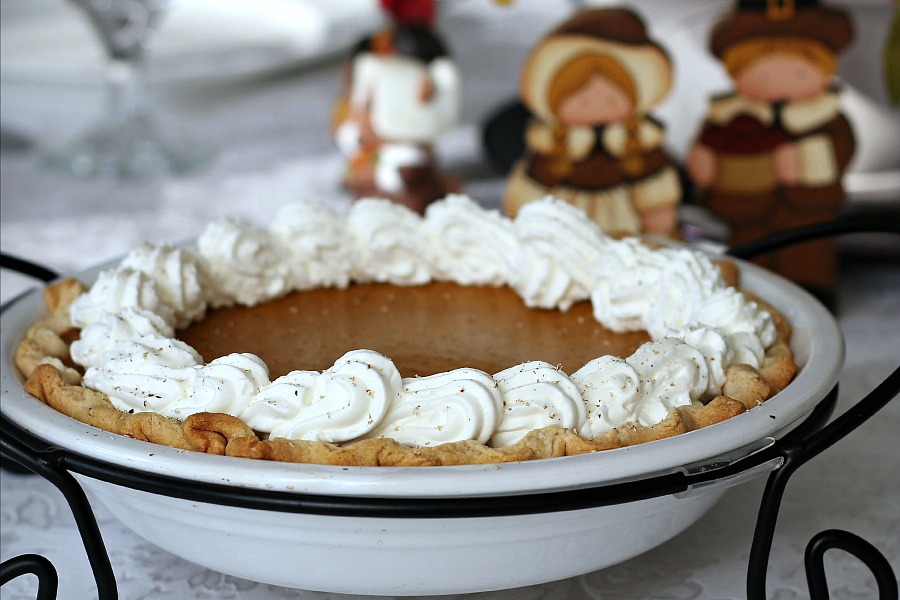 There is so much tradition that surrounds Thanksgiving. Many of the foods we serve and eat this day are steeped in tradition. We remember the journey and difficult times the Pilgrims encountered the first harsh winter in the New Land. Families gather from near and far to reunite for the day. We give thanks for the blessing we receive big and small. We watch parades and football. And, we eat. Boy, do we eat!

A pumpkin is a cultivar of a squash plant, that is round, with smooth, slightly ribbed skin, and deep yellow to orange coloration. The thick shell contains the seeds and pulp. The pumpkin is native to the continent of North America.

One of the most popular crops in the United States, 1.5 billion pounds of pumpkins are produced each year. The top pumpkin-producing states include Illinois, Indiana, Ohio, Pennsylvania, and California. 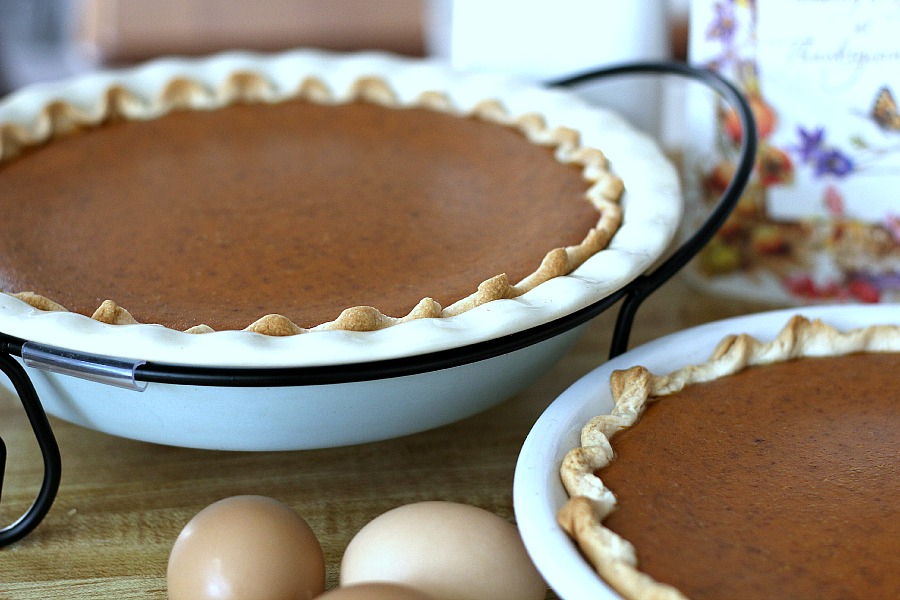 The history of pumpkin pie gets its start when America was still known as “The New World.” Though pumpkin pie is one of America’s favorite Thanksgiving desserts, it probably was not part of the original feast of 1621. Pilgrim’s had very little provisions to make a pie.

Some people have speculated that the Pilgrims might have hollowed out pumpkins and filled them with milk, spices, and honey, making a custard, but nothing like pumpkin pie.

Native Americans were familiar with pumpkins. Pumpkins are close relatives of the squash, and not too distantly related to the fruit cantaloupe and other melons as well. Native Americans utilized pumpkin seeds for medicinal purposes and used the pumpkin as a food source.

Soon, colonists began implementing pumpkin in recipes such as savory soup and a sweeten dessert. In the early nineteenth century, recipes for pumpkin pie began appearing in American cookbooks. From these early beginnings, we have the widely popular pumpkin pie. 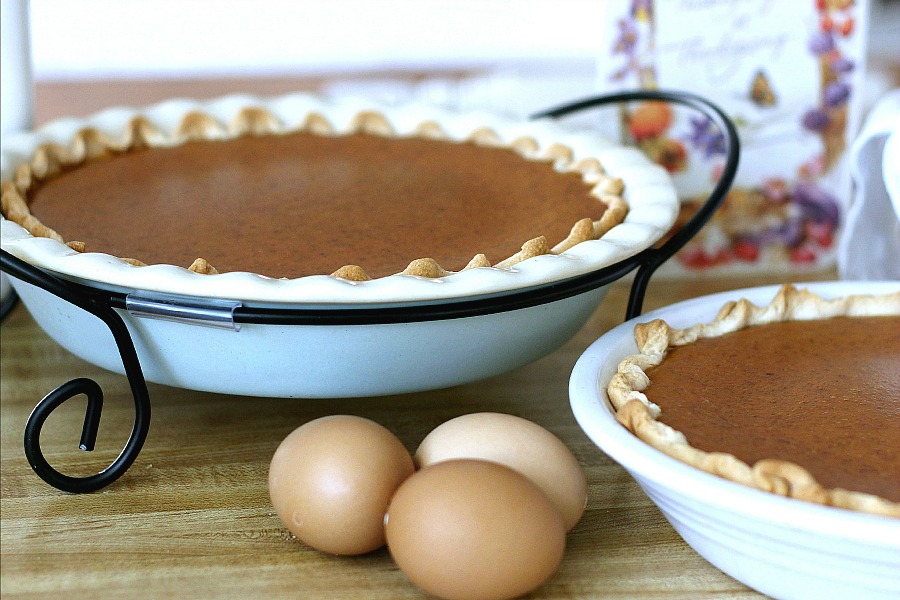 Bake in preheated 425 degree F. oven for 15 minutes.  Reduce temperature to 350 degrees F.;  bake for 40-50 minutes or until knife inserted near center comes out clean.  Cool on wire rack for 2 hours. Serve or refrigerate. 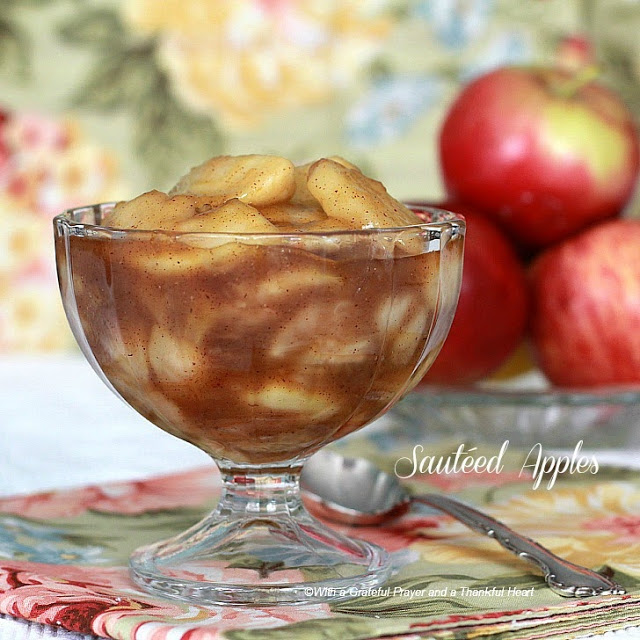 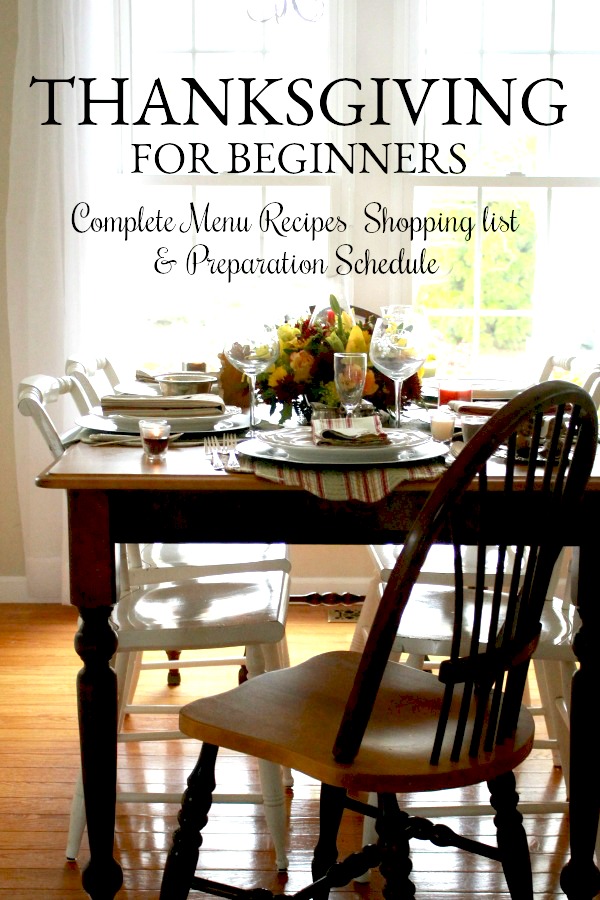