Tuesday afternoon as I sat on an exam table waiting for the doctor, I watched and felt the room and everything in it shake and move as we experienced an earthquake.  I grabbed my cell phone to call Abbey as I knew she was home alone. The message did not go through, apparently because the system was overloaded with people trying to make calls and text.
I stepped into the hall thinking I would get better reception there and the doctor was coming by to see if I was okay.  He said everyone had headed outside the building but since I was only half dressed (and not too concerned) I waited there.  His office was right across the hall from my room and he let me use the office phone to call Abbey.  She was fine and had been trying to call me but even the house phone had no dial tone briefly.
I also called John and he said his office building shook and shook and that the building and those around it were all evacuated.  The earthquake lasted just 30-45 seconds, but very unusual for New Jersey.
~*~
Today we are awaiting the arrival of Hurricane Irene
She is big and although currently a category 1 our biggest concern is the amount of rain and the ensuing flooding. August has been the wettest ever August in reported history with more than 16-inches of rain so far this month.
Forecaster are saying we could have 12-13 (some places as much as 15) more inches in the next 18 hours from Irene. 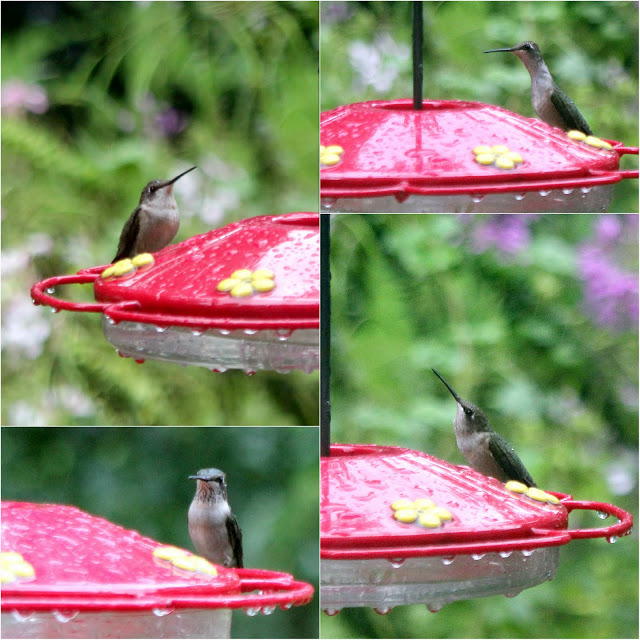 While clearing the porch and the patio of furniture, pots and anything that isn’t secured I enjoyed watching the hummingbirds. 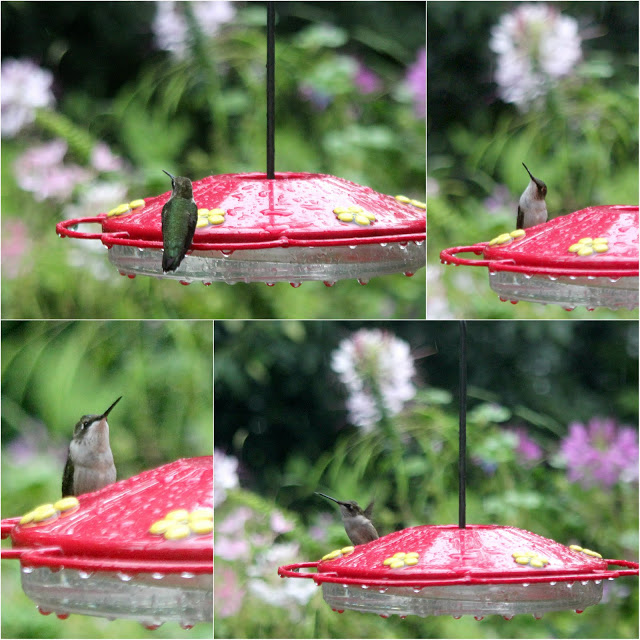 This little lady did less drinking than watching the other hummers that zoomed about her apparently annoyed that they weren’t perched on the feeder. 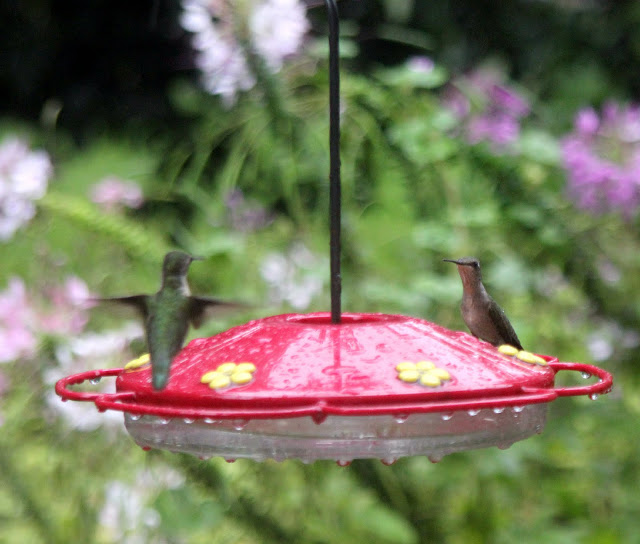 Wow ~ are they giving each other the evil eye! 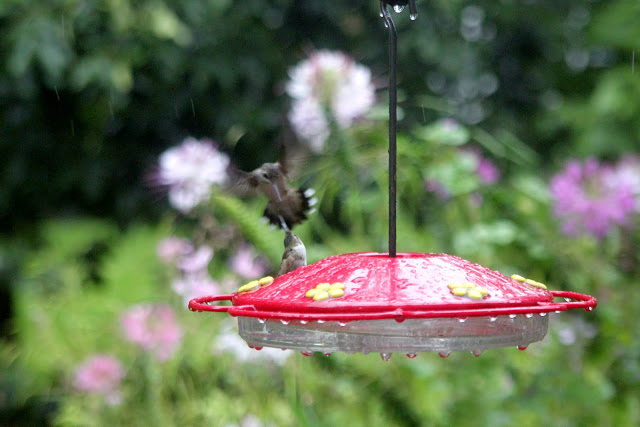 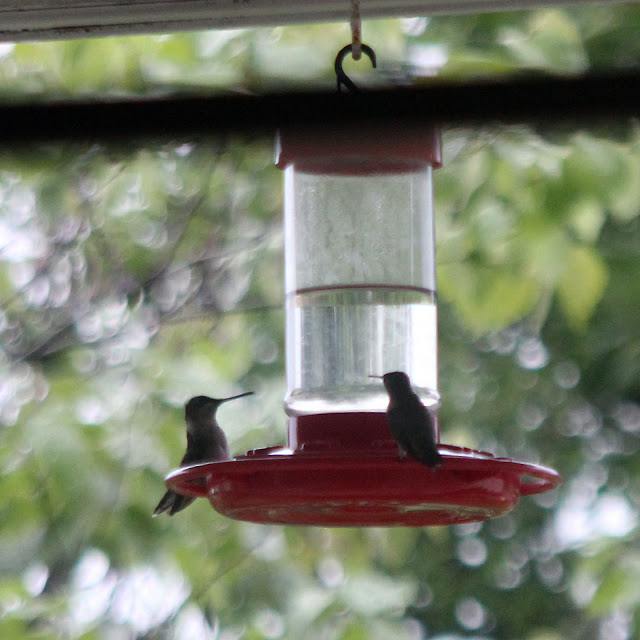 These two tried to dine together
briefly 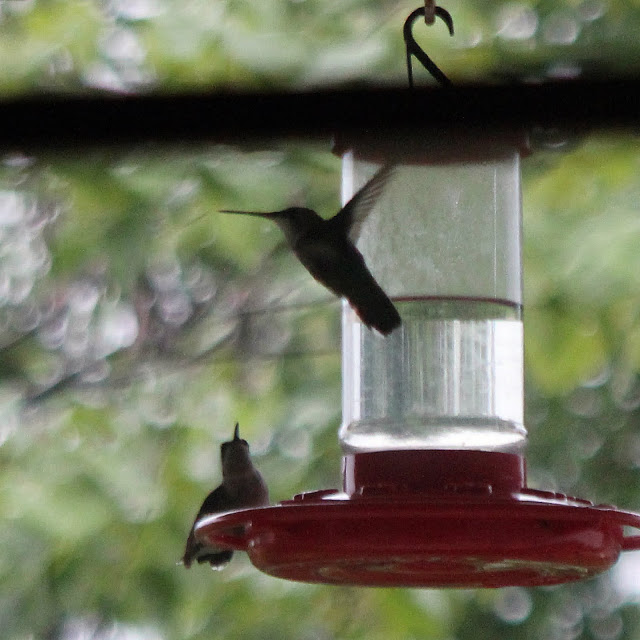 You would think they would just drink from another available port but they are far too territorial to share.
~*~
We are expecting to be throttled by Hurricane Irene the most from 2-8am Sunday morning. 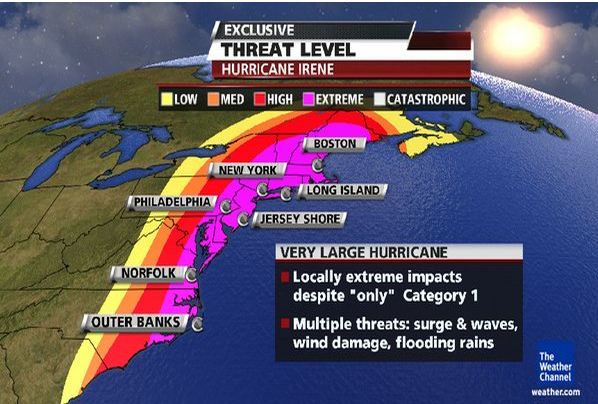 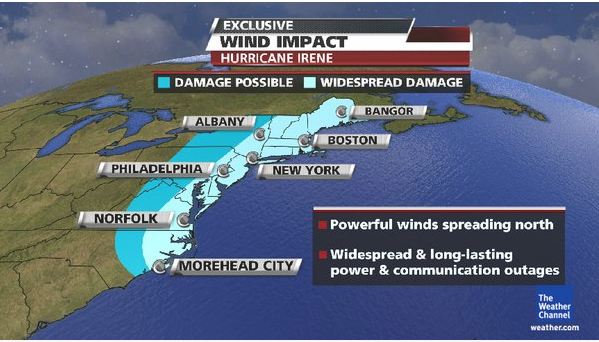 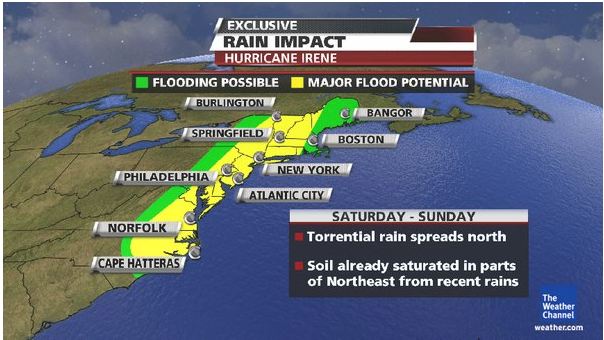 The possibility of power outrages is the biggest concern for John.
Our home sits on a four foot crawl space.
We have a sump pump and French drain but without electricity the pump won’t work.
John tried everywhere to get a generator or back-up system for a couple of days, but everything was sold out.  I think he will be sleeping lite tonight and listening intently for the happy sound of the sump pump!