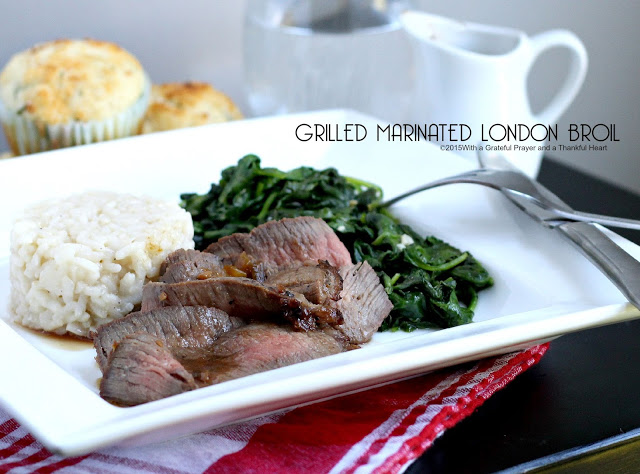 Almost thirty-one years ago families from various places moved in to new homes and made Raleigh Lane a friendly and close neighborhood.  Our kids grew up together, played together and still keep in touch through social media. Many years ago, a neighbor made a Grilled Marinated London Broil that everyone just loved! Jody shared her recipe, and I for one have made it many, many times. It’s a favorite! 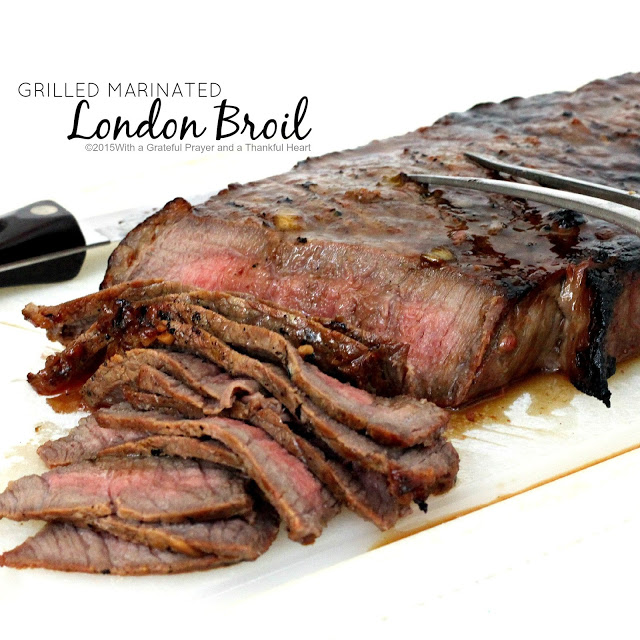 Even now, we will occasionally notice the amazing aroma wafting down the street and immediately know Jody is serving her delicious London Broil and her husband, John, is on the deck grilling it to perfection.

Because London Broil is not a tender cut of beef, it is best cooked less rather than more. 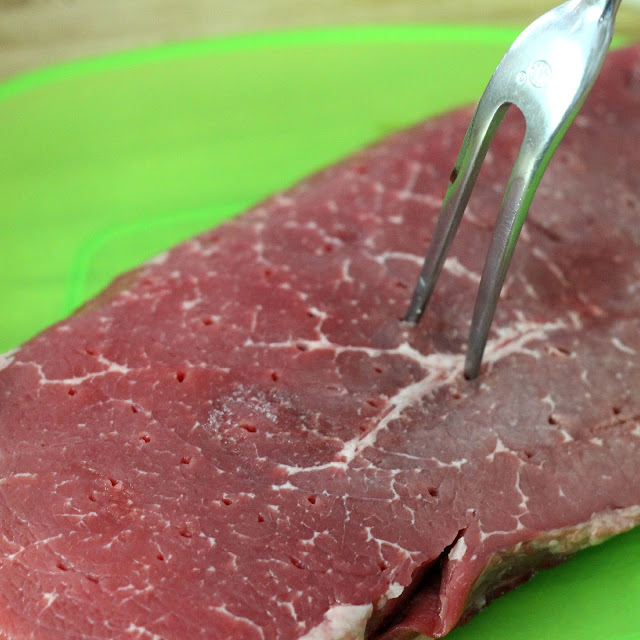 Begin by stabbing holes all over the meat using a meat fork or other sharp tool. This will help tenderizer the meat and allow the marinade to get into it. 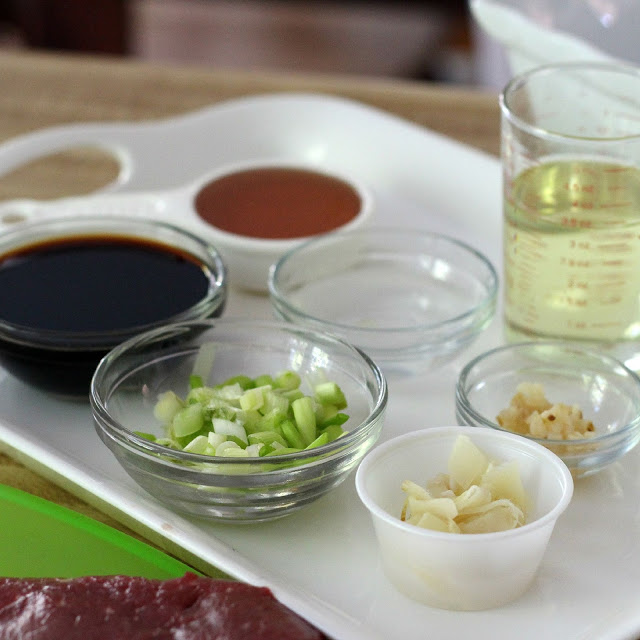 Here are the ingredients used for the marinade. 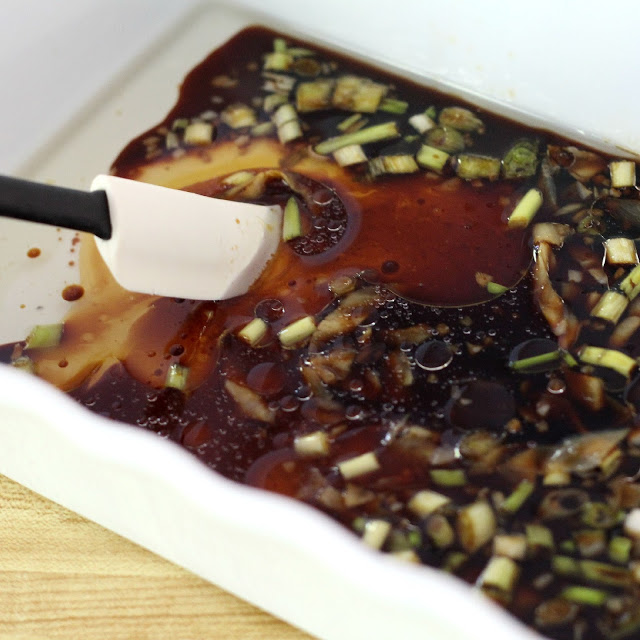 Stir together in a dish large enough to fit the London Broil. 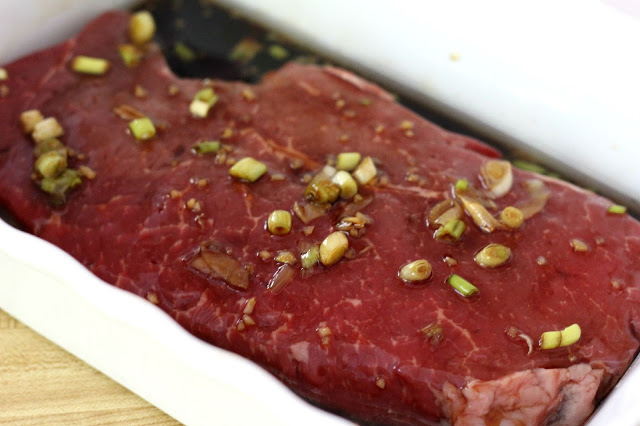 Cover the dish, place in refrigerator and allow to marinate all day. Bring to room temperature just prior to grilling. 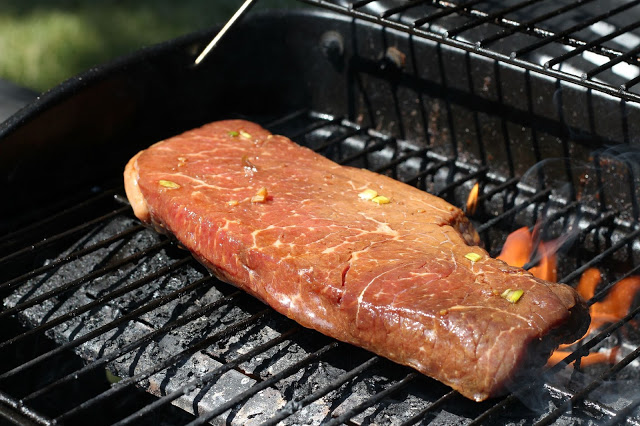 Place on hot grill and cook with the lid down about 7-10 minutes. 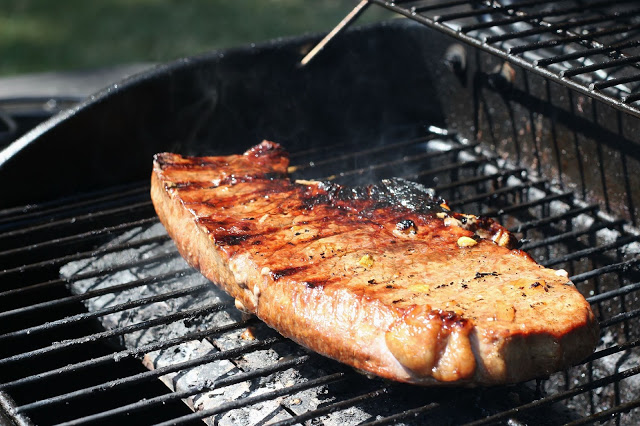 Flip and continue grilling until medium rare or desired done-ness 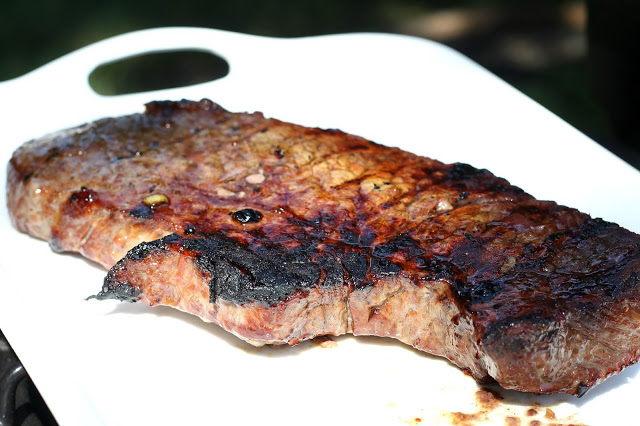 Cover lightly and allow to rest 10 minutes before slicing. 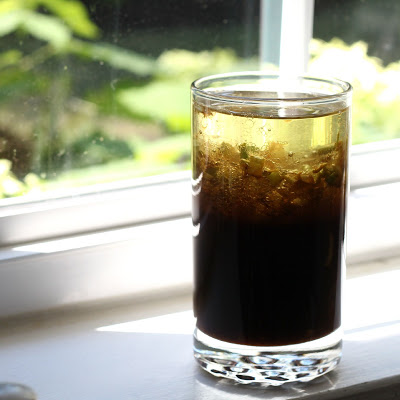 If desired, pour marinade into a glass and wait for the oil to separate and rise to  the top. 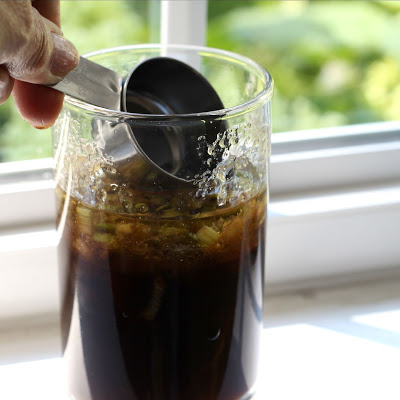 Skim off as much oil as possible and discard.  Pour marinade into a small saucepan and heat to boiling, keeping an eye on the pan as it will foam and boil over if left unattended. Cook for several minutes and serve in a small pitcher along with the meat. 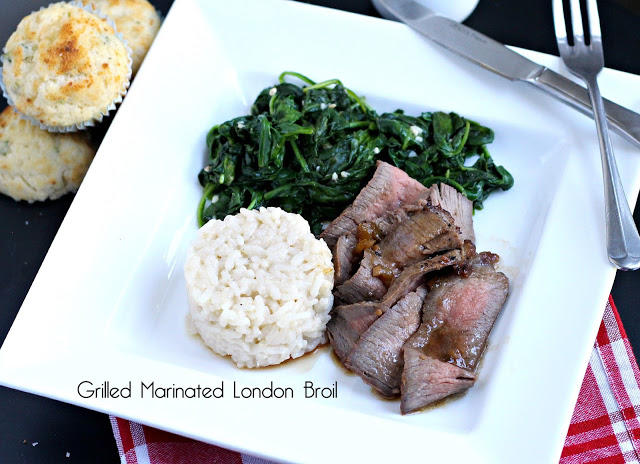 recipe from our neighbor, Jody

Using a pointy fork or skewer, stab the London Broil all over to allow the marinade to penetrate the meat and help tenderize it.

Combine all marinade ingredients and pour over meat. Allow to marinate (all day or overnight).
Cook meat on grill with lid down for about 7-10 minutes per side, Allow to rest 10 minutes.  Slice very thinly on the diagonal

I have cooked the London Broil in the broiler with the rack 5-7-inches from the top broiler unit, low broiler setting and broiled 8-10 minutes on the first side and then 5-7 on the other side. Allow to rest 10 minutes before slicing very thin on the diagonal.