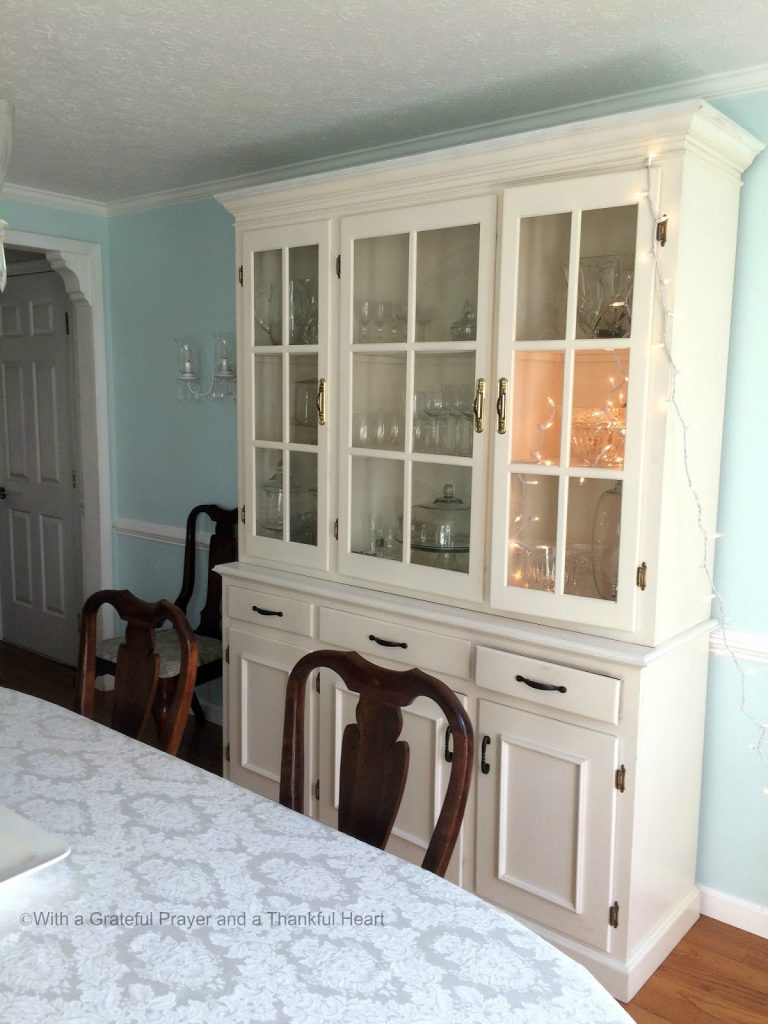 I cannot tell you how excited I am about this beautiful hutch from my sister!
When she asked me if I wanted it I could not believe her generosity.
Not only is it white, but it is big and deep. And able to hold many of my larger pieces that I did not have easy access.

This is the view from the kitchen. John and I moved the hutch that was in that space to the opposite wall. Carol used the top and bottom of the hutch in different rooms. The top section was on the floor as a book cabinet and she didn’t light it up. 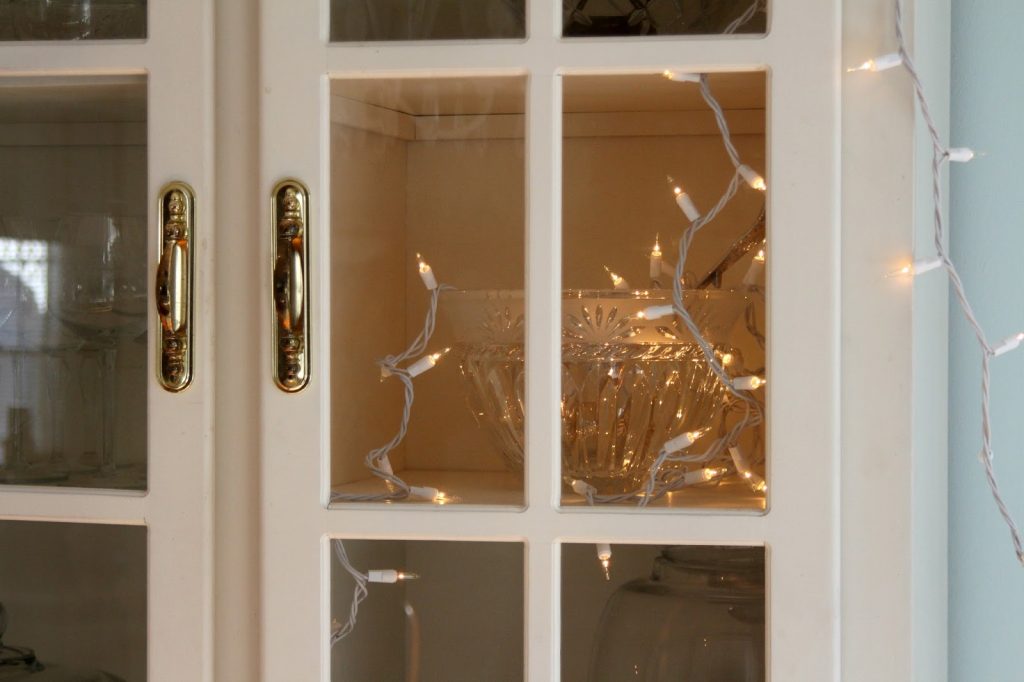 Wondering about the strand of lights?  There’s a story…
Since the electrical plug hadn’t been used for several years, there was green gunk on the prongs.  I wiped away most of it but some remained. John insisted plugging it in.  As he was heading to the outlet, my words to him were, “You better not plug it in.  You might electrocute yourself!”
“It’ll be fine,” he said.
Then, POP! POP! POP!
Yep, not only did he blow all of the bulbs along the inside edge of the cabinet but many of the bulbs shattered throughout the cabinet. Now its off to a lighting store to find replacements.
The little twinkle lights strand was just so I could get an idea how the crystal pieces will look when there is illumination from working lights inside. 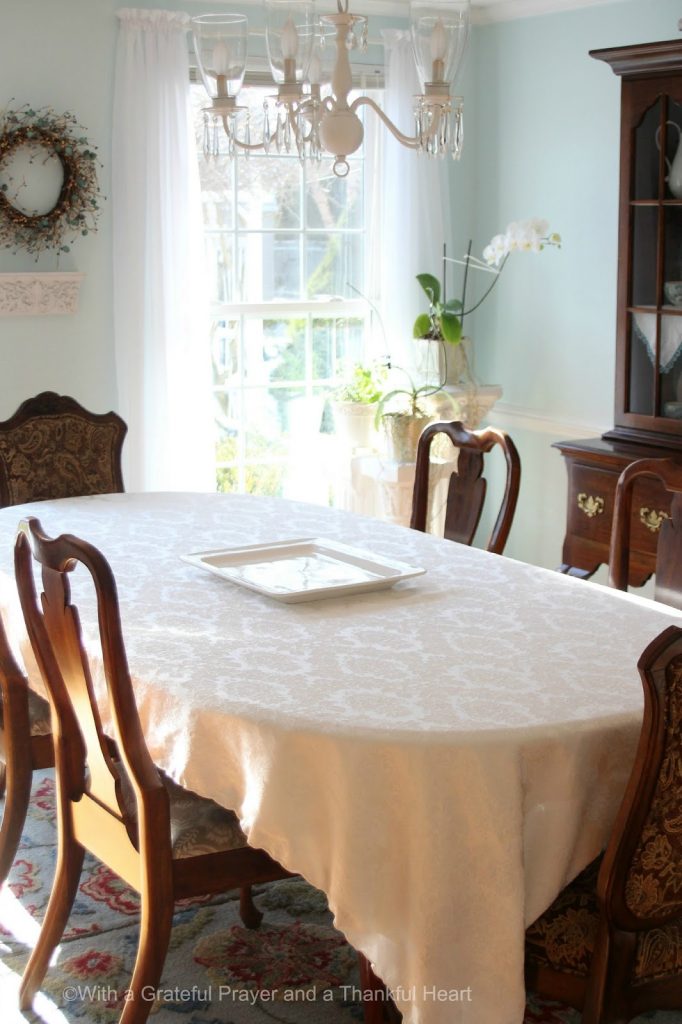 Carols also gave me a pair of rugs that are the perfect color and pattern for the dining room.
Though too small for the area, I am determined to make them work. 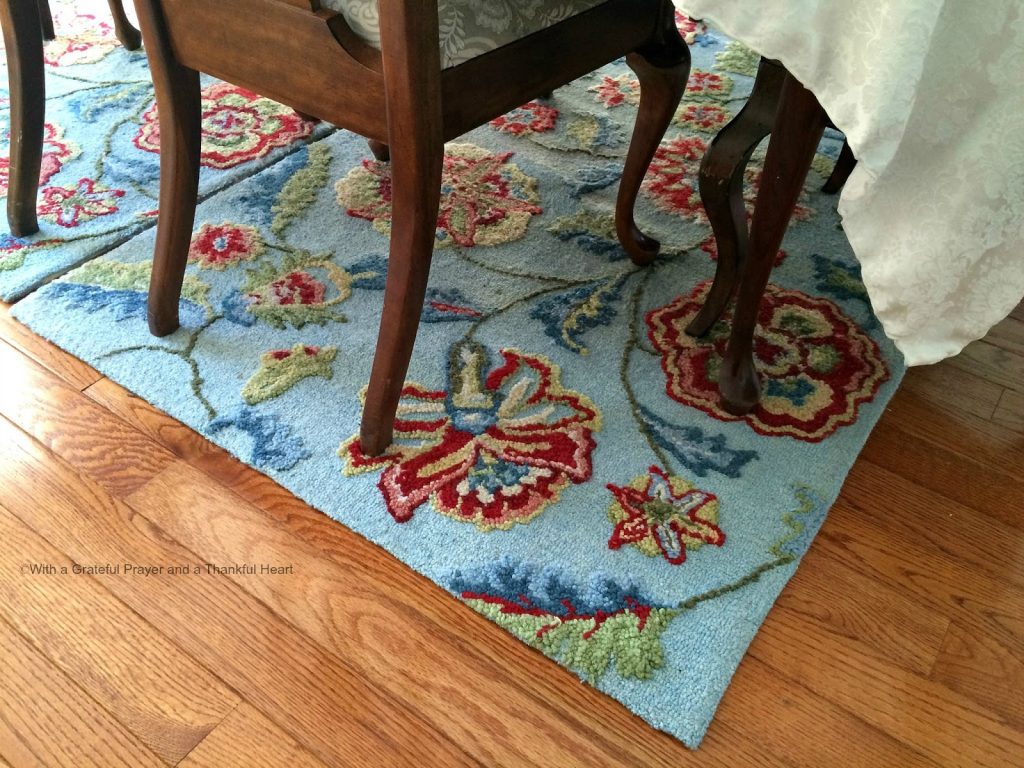 Since this photo was taken, we have added a backing and taped the two rugs together on the bottom so they appear as one.  The chairs do not remain on the rugs when pulled out for sitting but, I can live with that because it looks so pretty!