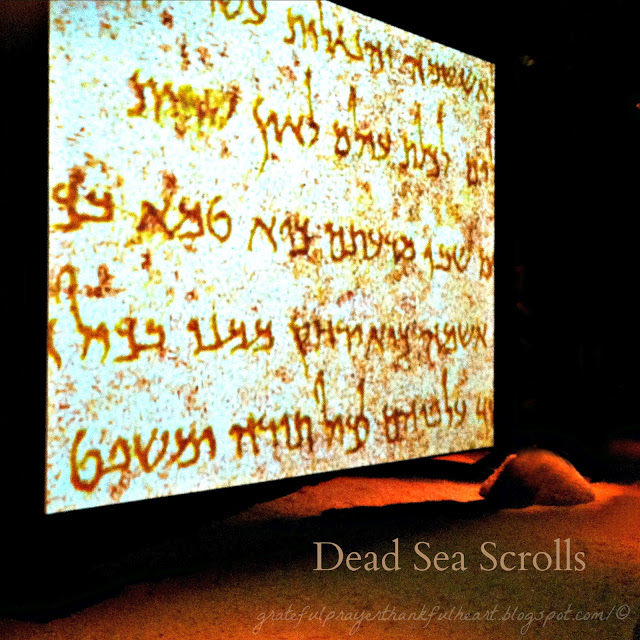 We recently spent the day at The Franklin Institute in Philadelphia, Pennsylvania. We picked a beautiful Monday just after the kids went back to school to avoid crowds. The main attraction was The Dead Sea Scrolls exhibition created by the Israel Antiquities Authority from the collection of the Israel National Treasures. Photos of the scrolls were prohibited and the above section was shown on a large screen.

Two thousand years ago, in the Judean desert, on the northern shores of the Dead Sea, a group of people placed their religious writings in eleven remote caves. They were first discovered in 1947 when a Bedouin shepherd boy stumbled upon a hidden cave, tossed a rock in and heard a pot shatter. Thousands of parchment fragments, remarkable preserved, were found by archaeologists over the next eight years, including some of the oldest known copies of the Hebrew Bible.

Above PHOTO BY DARRYL MORAN/THE FRANKLIN INSTITUTE.
The Dead Sea Scrolls are on view in the circular display case seen here.
The exhibit contains over 600 artifacts telling a story of life and faith in ancient Israel. There are pieces of royal architecture,  the pottery of kings, and ancient stamps and signatures pieces. 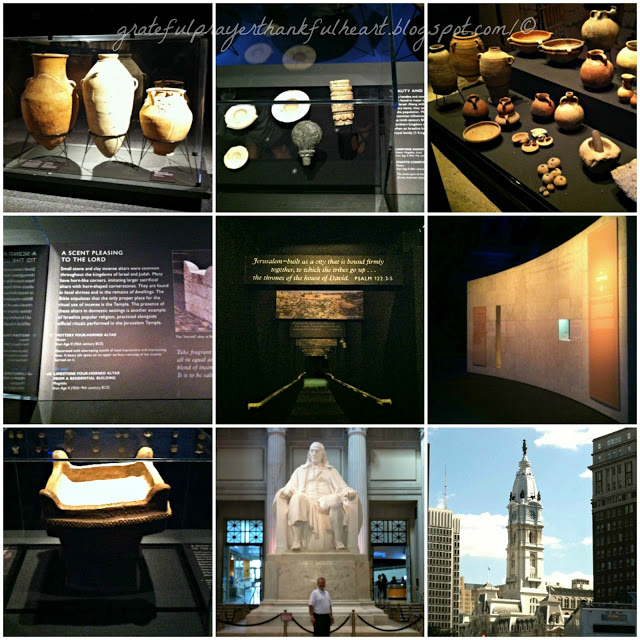 How amazing to see the many artifacts of pots, coins, weapons, jewelry and other pieces displayed.
The top center photo are perfume and cosmetic pieces
The bottom left is a pottery incense altar
bottom center: John in front of The Benjamin Franklin National Memorial. It is located in the rotunda of the museum. The centerpiece of the memorial is a dramatic 20-foot high marble statue of Benjamin Franklin. Sculpted by James Earle Fraser, the statue weighs 30 tons and sits on a 92-ton pedestal of white Seravezza marble.
bottom right: driving through Philadelphia
The Biblical era is also known as the Iron Age in archaeology covering 1200 – 586 BCE.
The exhibition features a large collections of the 2000-year-old Dead Sea Scrolls from this era, containing some of the oldest known copies of the Hebrew Bible. Pieces include text from the books of Genesis, Psalms, Exodus, Isaiah. There are remains of religious articles, weapons of war, stone carvings, textiles and beautiful mosaics along with everyday household items such as jewelry and ceramics covering the period from 1200BCE to 68CE. 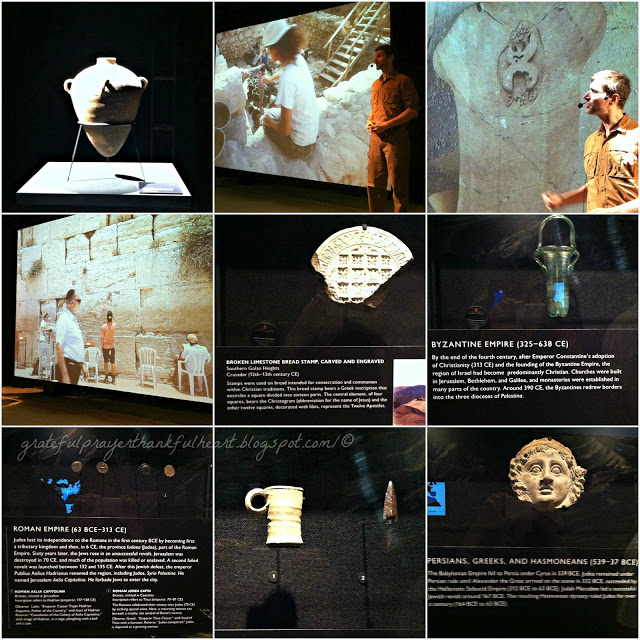 I didn’t get a photo of my own, but there was a large, three-ton stone, thought to have fallen from the Temple during a battle in 70CE,  from the Western (or Wailing) Wall in Jerusalem. Prayers can be written on slips of paper and placed in a crack or container that will be sent by Curators to Jerusalem.  There was also a screen with live feed of the Wall in Jerusalem (see center, left in photo above). Touching the stone was quite an experience.

The Heart Exhibit at the Franklin Institute 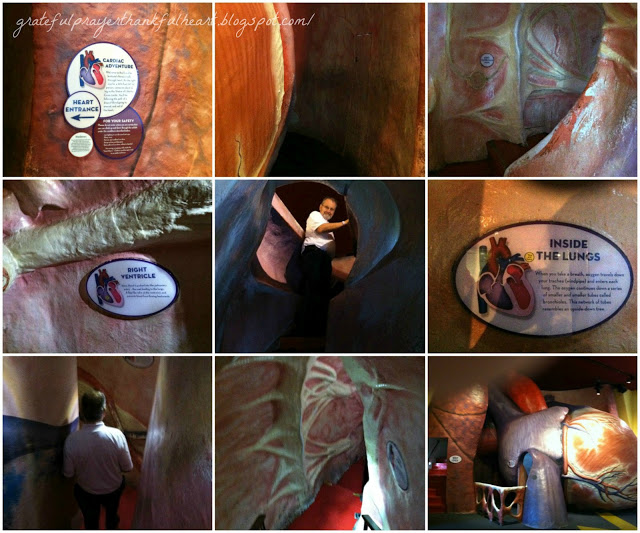 Another attraction at The Franklin Institute is the heart, a walk-through exhibit just as blood travels through a heart.  I remember this exhibit when I was a child on a school trip! 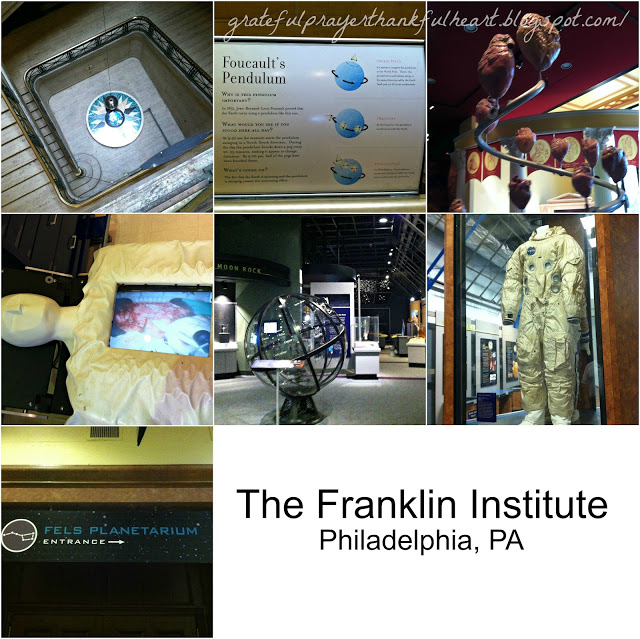 We strolled through some other areas throughout the day including the Blackholes show at the planetarium and ended our day together at an Italian restaurant near our home.
When we purchased our tickets we also purchased a pair for Abbey and a friend.  The friend wasn’t able to go and the expiration date was nearing so Abbey and John went this past Sunday.  The crowds were so large that the five-people deep group barely moved through the exhibit.  It is sad that Abbey didn’t get to experience all that was there to see.