Wondering how we got back across the river?
We could have turned and headed right back over the bridge the way we came, but we had more plans. 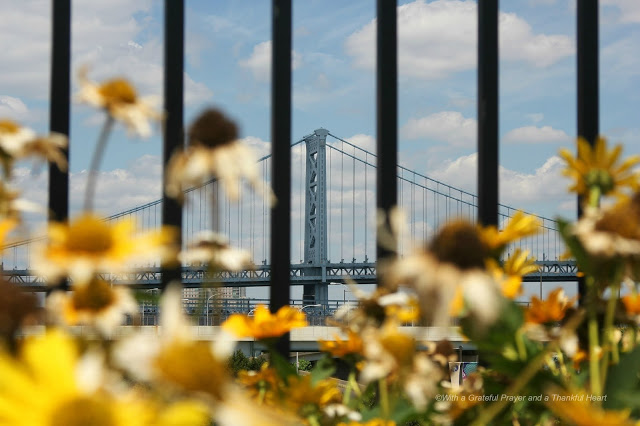 We walked from the base of the bridge through Old City to a sweet cafe located at Welcome Park where we enjoyed General Tso’s Chicken and finally rested.  We planned to do most of our walking prior to lunch keeping the end of our adventure a little easier. 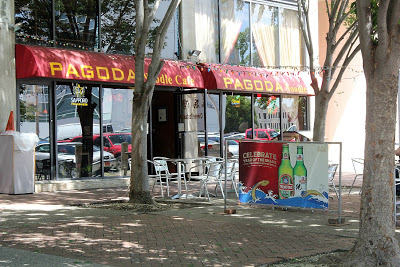 Sadly, I didn’t think to gets photos during lunch (probably too hungry and too tired) 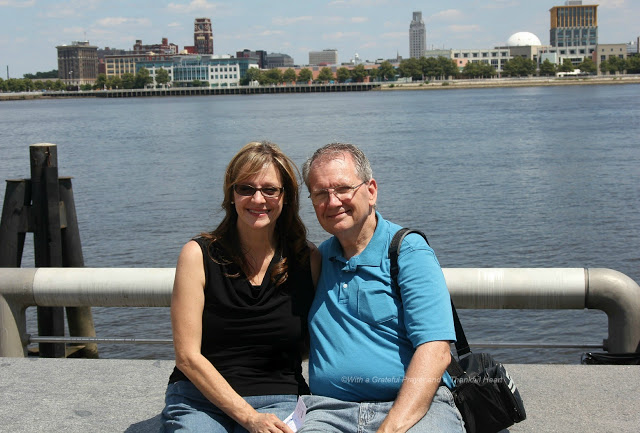 Feeling refreshed, we left the restaurant and continued walking to the waterfront at Penn’s Landing.

and looked at the bridge rather than from it.

Beneath a sky of pretty clouds we saw across the river, Campbell’s Field and the Nipper building. Formally the headquarters of the RCA Victor Talking Machine Company, the building, constructed in 1909-1916 was a Victrola cabinet factory. It was converted into upscale loft apartments and retail space in 2004. source.
{John’s mom worked for RCA from 1942 until her retirement in 1982} 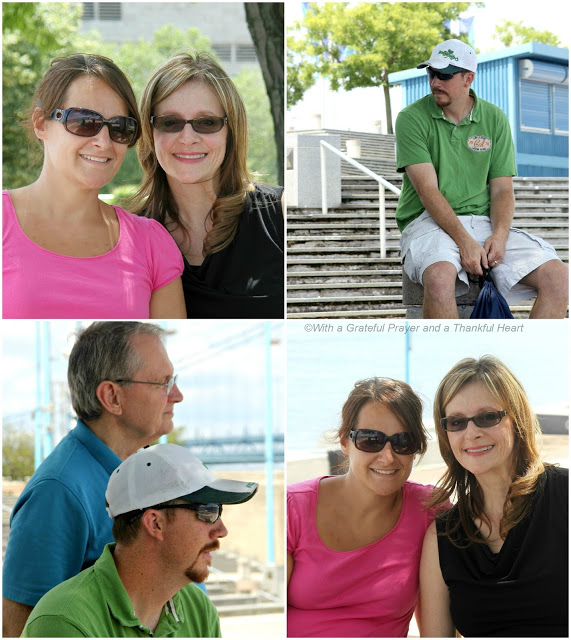 With energy waning, it was really nice to sit on the tiered steps of the Plaza 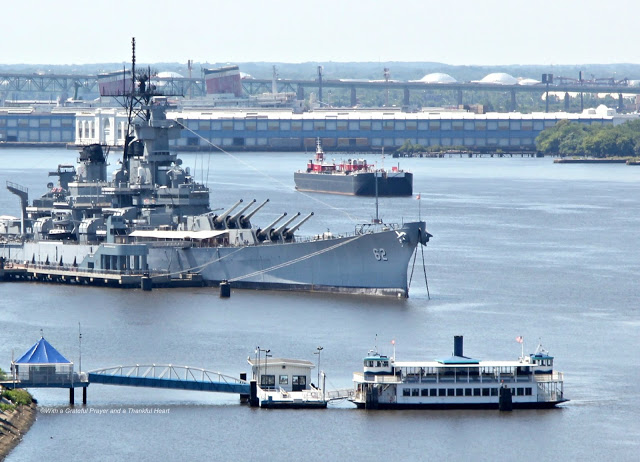 We returned to the Jersey side of the river aboard the Riverlink Ferry.
(USS Battleship New Jersey in background) 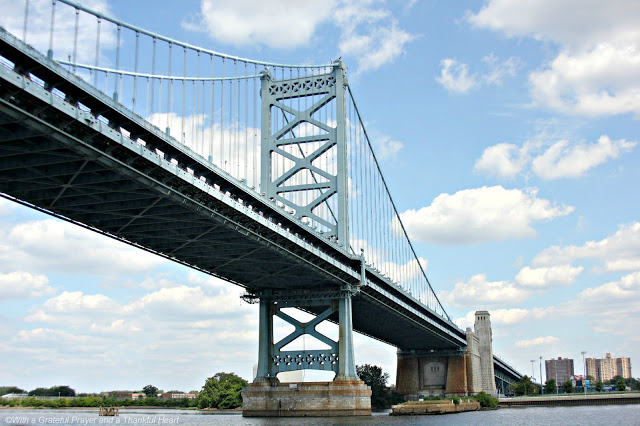 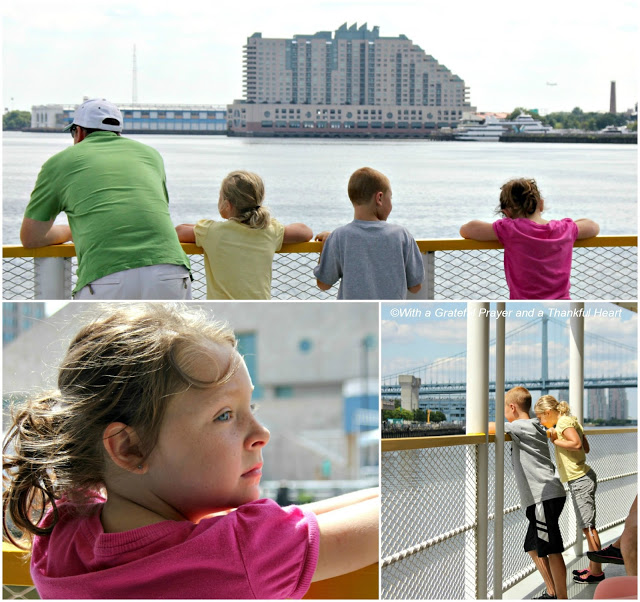 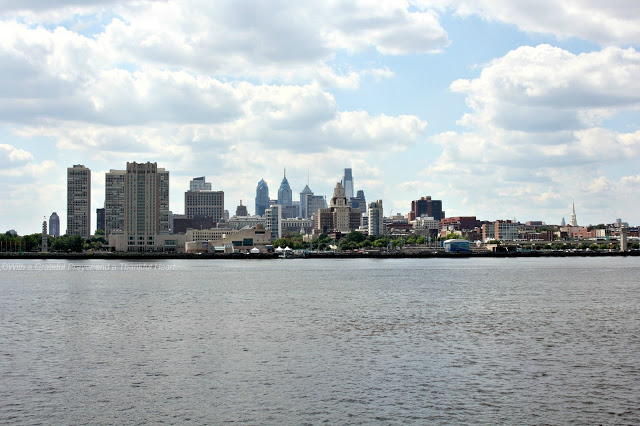 Looking back at the Philadelphia skyline 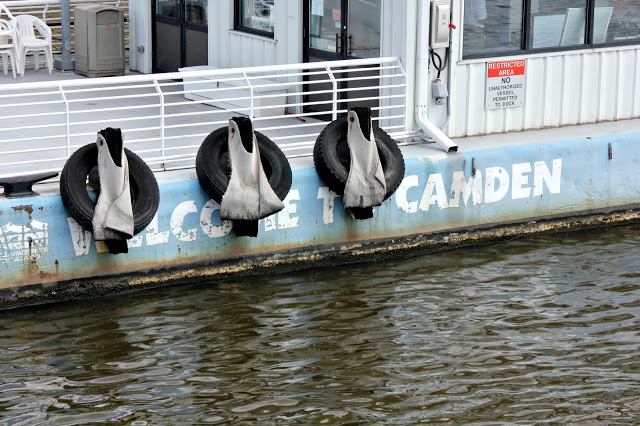 returning to the Camden waterfront 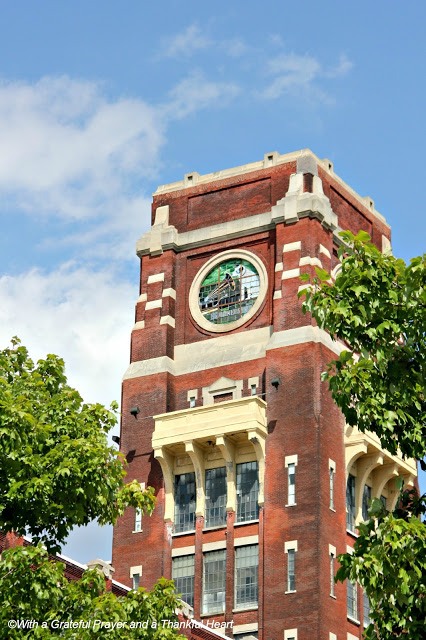 passing the Nipper tower as we walked back to the car to drive home.
(all total, we walked about 5 miles with very little grumbling from the kiddos)