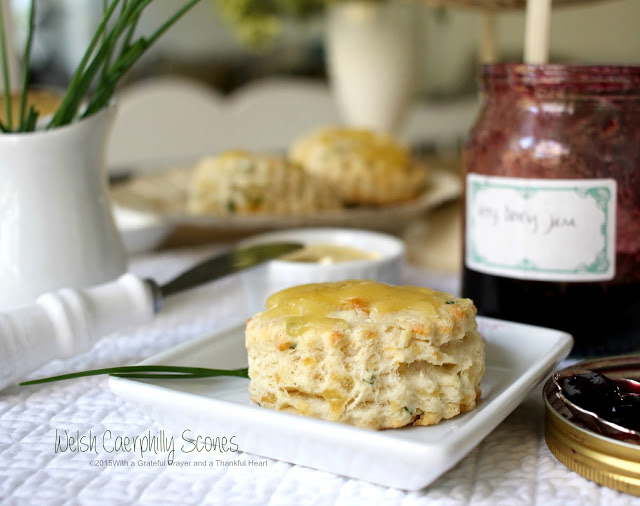 Baking up a Welsh Teatime recipe has been on my mind ever since I receive the recipe booklet from my friend, Lindsey.  Deciding which one to make first was hard. Curious to try the cheese in this Welsh Caerphilly Cheese Scones recipe, I read a bit about Caerphilly cheese and was happy to find it at a nearby store.

During our conversations at Scotney Castle, I was surprised when Lindsey mentioned a family name that I also have in my Welsh ancestry line through my mother’s side in Caermarthenshire. The traditional Welsh recipes in this little book might very well had been what my ancestors enjoyed. 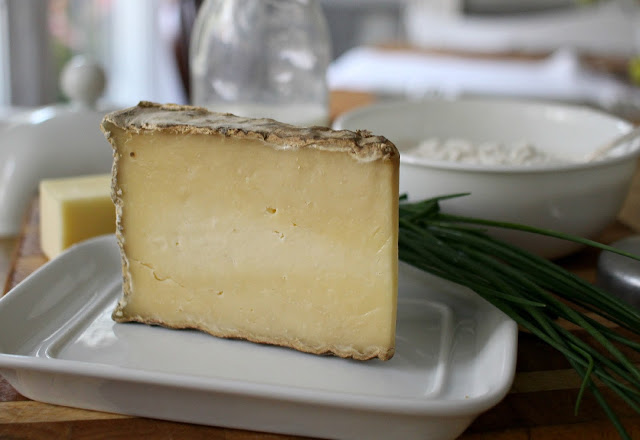 The creamy, lighter colored center will become dryer and crumbly as it ages.

Caerphilly is a hard, white cheese that originates in the area around the town of Caerphilly in Wales, although it is now also made in England. It was not originally made in Caerphilly, but was sold at the market there, hence taking the town’s name.

Caerphilly is a light-coloured, crumbly cheese made from cow’s milk, and generally has a fat content of around 48%. It has a mild taste, with its most noticeable feature being a not unpleasant slightly sour tang.
It is rumoured that the cheese was developed over time to provide the coal miners of the area with a convenient way of replenishing the salt lost through hard work over ten hour shifts underground and so was a staple of the diet of the coal-miners. source 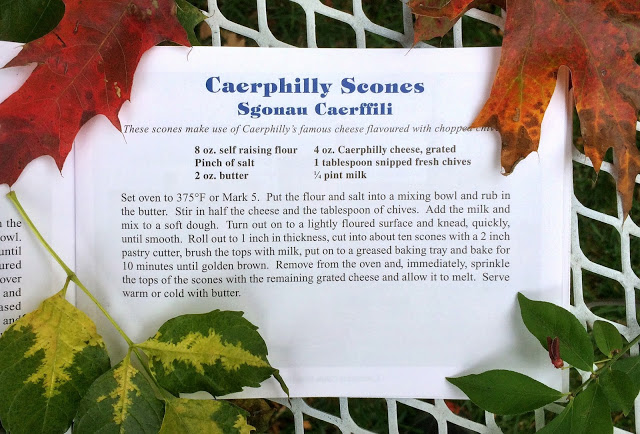 I followed the recipe exactly but needed to bake longer than the 10 minutes suggested. I was wondering about the time when I read through it prior to making. I usually bake scones/biscuits at a much higher temp than 375F. Next time I will increase the temperature to 425F and see if the 10 minute bake-time works.
I liked these savory scones and especially with a spoonful of the delicious berry jam Lindsey sent home with me. As you can see, the jar is getting precariously low. The cheese reminds me of cheddar but with a discernible tang or bite. Not hot or spicy, just an interesting flavor. 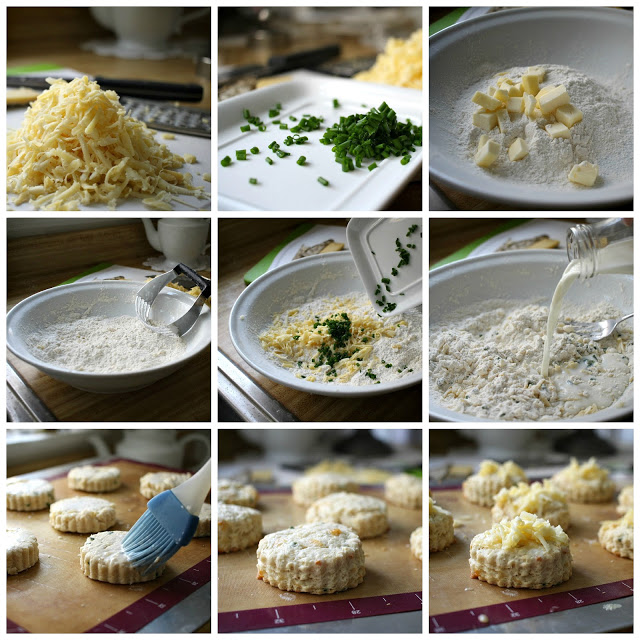 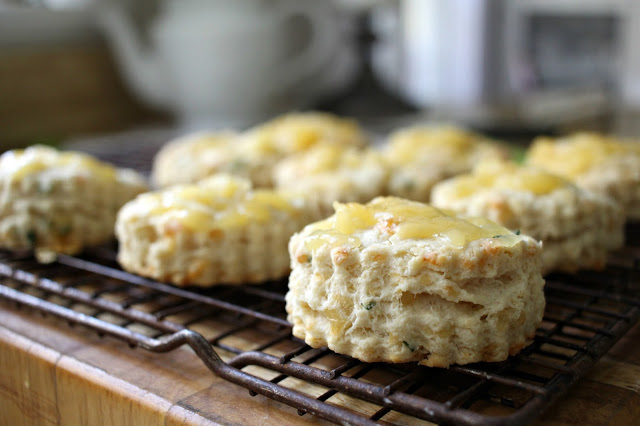 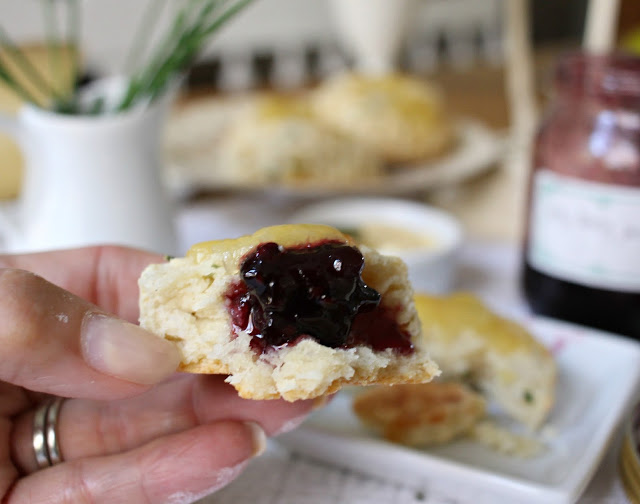