His name and this 123 year old Baptismal Certificate were passed down to my husband from his grandfather. This beautiful document is still in the original frame with a yellowed strip of masking tape on the back that reads,
‘This belongs to Johnnie’. 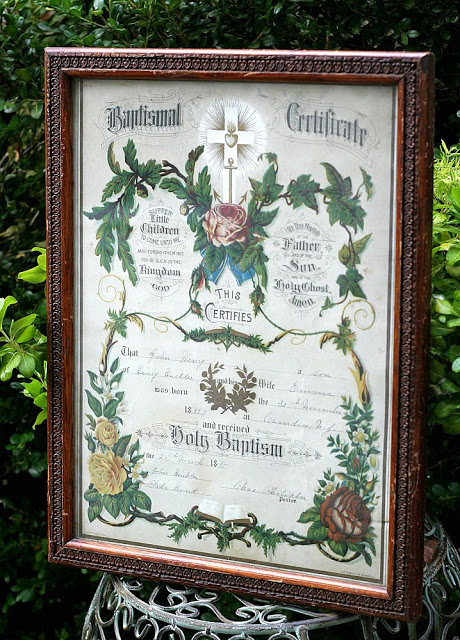 John Henry Sr. was baptized in a Lutheran church in Philadelphia in 1887 by Pastor Charles Philipbar. 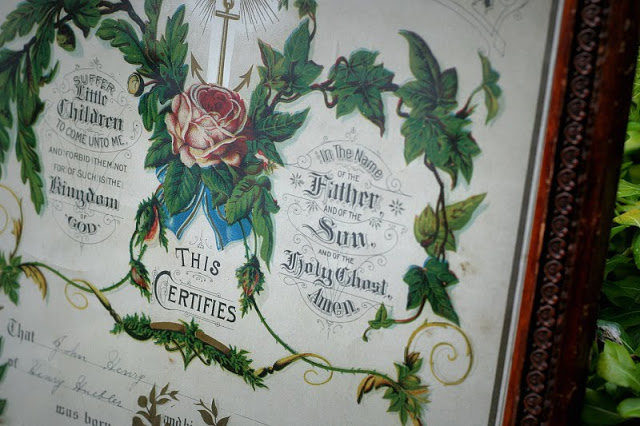 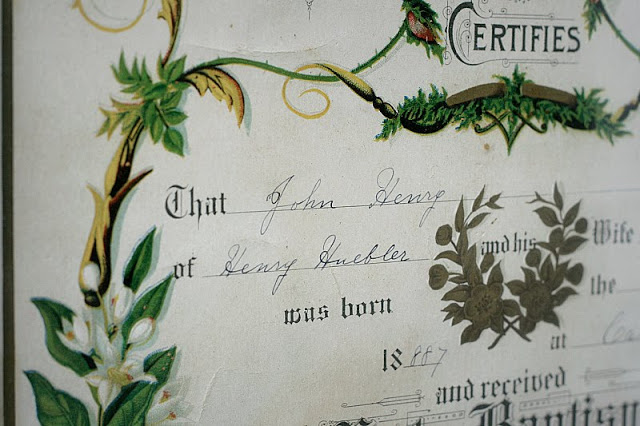 Some vintage photos of John and his ancestors… 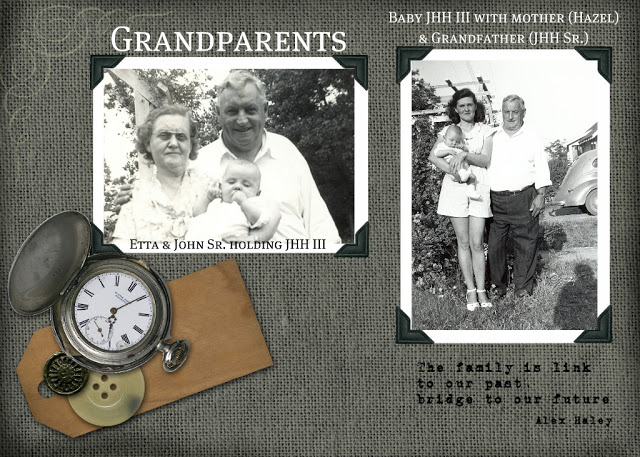 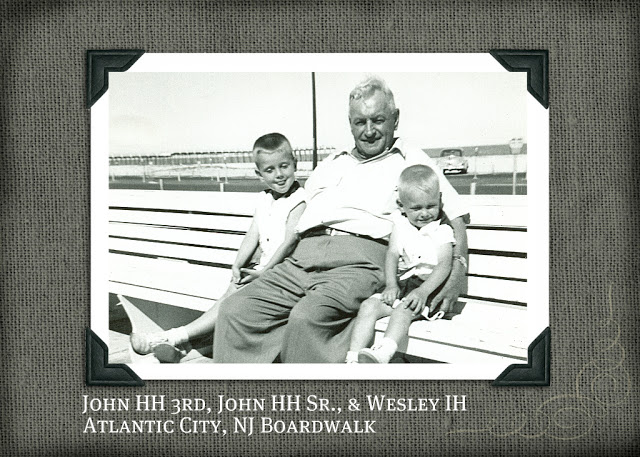 John III and his brother, Wesley with their grandfather. 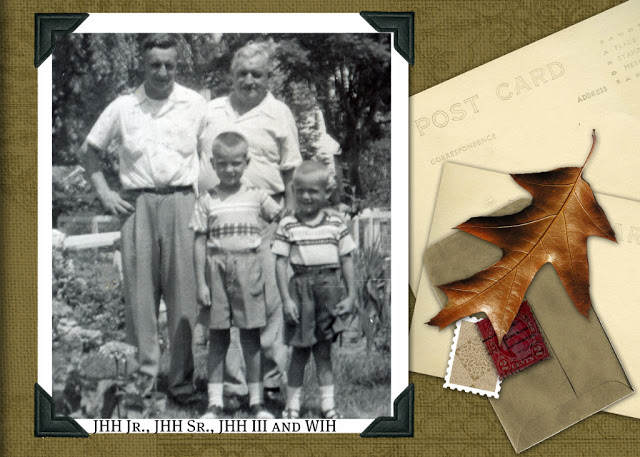 John III and brother, Wesley with their dad and Grandpop in Mays Landing, New Jersey 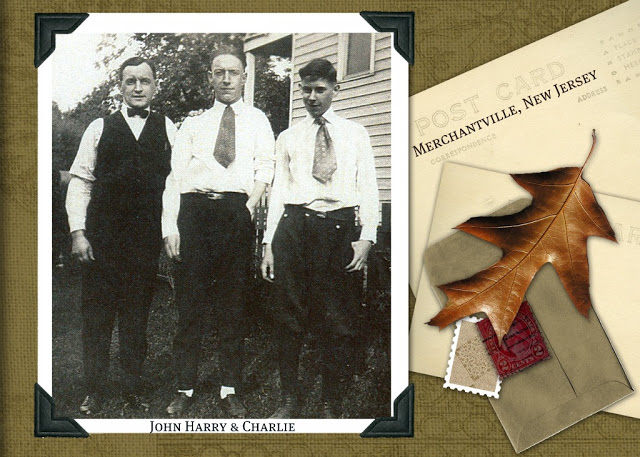 Earlier photos of John Sr. and his parents and siblings 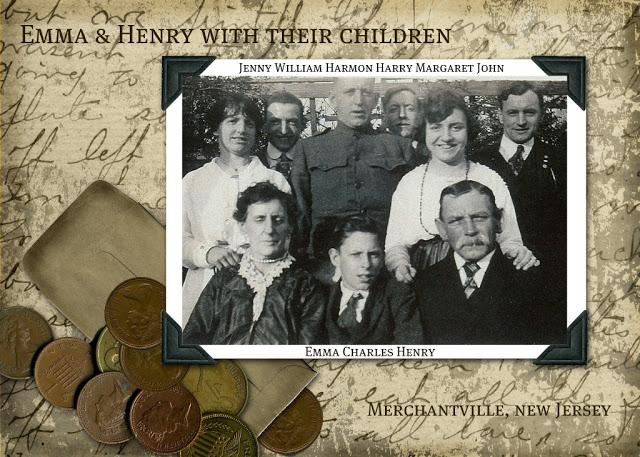 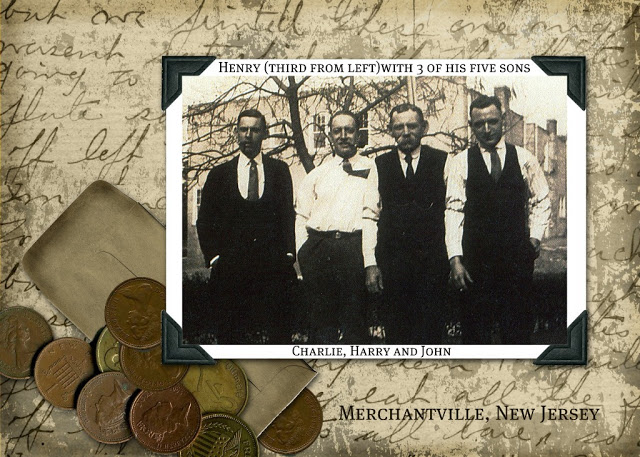 ~*~
John (Johann)H
Born in Germany about1821.
Married Catharina Barbara G March 24, 1856 in Philadelphia
Unknown date of immigration but we know he was mustered into service on the 12th day of September 1861with the 75th Regiment of Pennsylvania Volunteers of predominately young men from Germany.  He was wounded in the 2nd Battle of Bull Run. He died in 1863 as his regiment moved into Tennessee and is buried in the Nashville National Cemetery.
Henry (Heinrich) H
John Henry H Sr.
John Henry H Jr.
John Henry H III
In our genealogy research, I have been able to gather extensive information back to Johann H.  We learned from his Civil War records and a marriage record that he came from a place called
Leutkirch Baden-Wurttemberg in Germany. 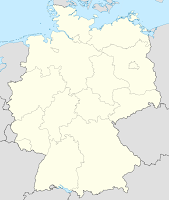 I am excite to continue research but now need to learn how to proceed as it is different from the resources we used for our American research.
Love to hear if anyone has looked for ancestors in Germany or other European Countries!