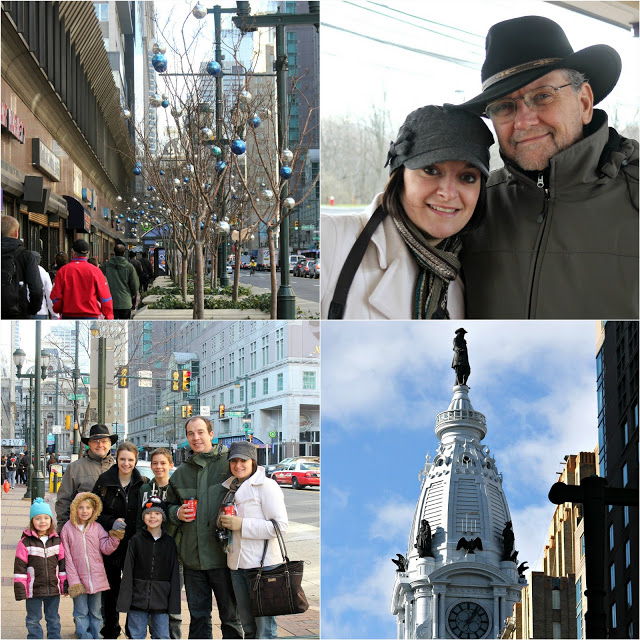 It was blustery and windy but bright and sunny as we walked down Market Street. 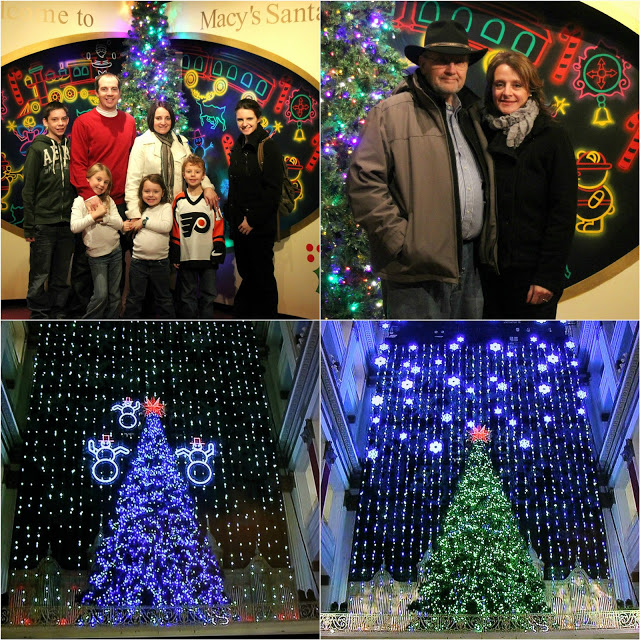 The Holiday light show in the old John Wanamaker’s building (Now Macy’s)
From Wikipedia:Wanamaker’s department store was the first department store in Philadelphia, Pennsylvania, and one of the first department stores in the United States.
John Wanamaker, the founder of the store that bears his name, was unable to join the U.S. Army during theAmerican Civil War because of a persistent cough. Having been rejected from war duty, he ventured into business with his brother-in-law, Nathan Brown. In 1861, they founded a men’s clothing store in Philadelphia called Oak Hall. Wanamaker carried on the business alone after Brown’s death in 1868. In 1876, Wanamaker purchased the abandoned Pennsylvania Railroad station for use as a new, larger retail location. The concept was to renovate the terminal into a “Grand Depot” similar to London’s Royal Exchange or Paris’s Les Halles—two central markets, and forerunners of the modern department store, that were well-known in Europe at that time.
The Wanamaker’s Grand Depot opened in time to service the public visiting Philadelphia for the American Centennial Exposition of 1876, and in fact resembled one of the many pavilions at that world’s fair because of its fanciful new Moorish facade. In 1877 the interior of Wanamaker’s was refurbished and expanded to include not only men’s clothing, but women’s clothing and dry goods as well
Wanamaker first thought of how he would run a store on new principles when, as a youth, a merchant refused his request to exchange a purchase. A practicing Christian, he chose not to advertise on Sundays. Before he opened his Grand Depot for retail business, he let evangelist Dwight L. Moody use its facilities as a meeting place, while Wanamaker provided 300 ushers from his store personnel. His retail advertisements—the first to be copyrighted beginning in 1874—were factual, and promises made in them were kept.

Wanamaker guaranteed the quality of his merchandise in print, allowed his customers to return purchases for a cash refund and offered the first restaurant to be located inside a department store. Wanamaker also invented the price tag.

His employees were to be treated respectfully by management (including not being scolded in public), and John Wanamaker & Company offered its employees access to the John Wanamaker Commercial Institute, as well as free medical care, recreational facilities, profit sharing plans, and pensions—long before these types of benefits were considered standard in corporate employment.

Innovation and “firsts” marked Wanamaker’s. The store was the first department store with electrical illumination (1878), first store with a telephone (1879), and the first store to install pneumatic tubes to transport cash and documents (1880)

There is so much more to learn about John Wanamaker and the department store.  Follow link to read complete Wikipedia article. 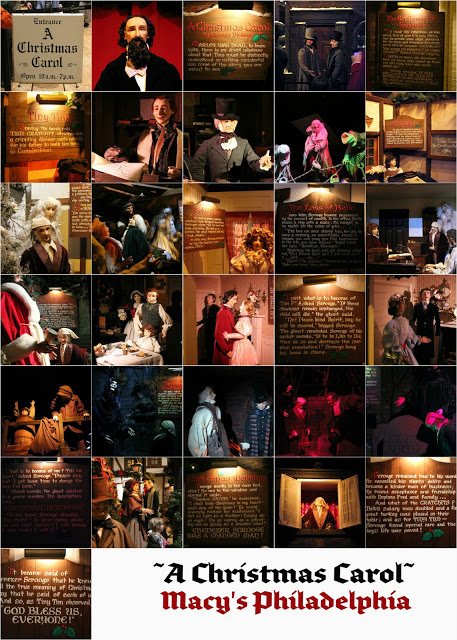 Another visit to 1840 Victorian London streets to walk through
Charles Dickens
A Christmas Carol at Macy’s.
Click above photo for larger viewing 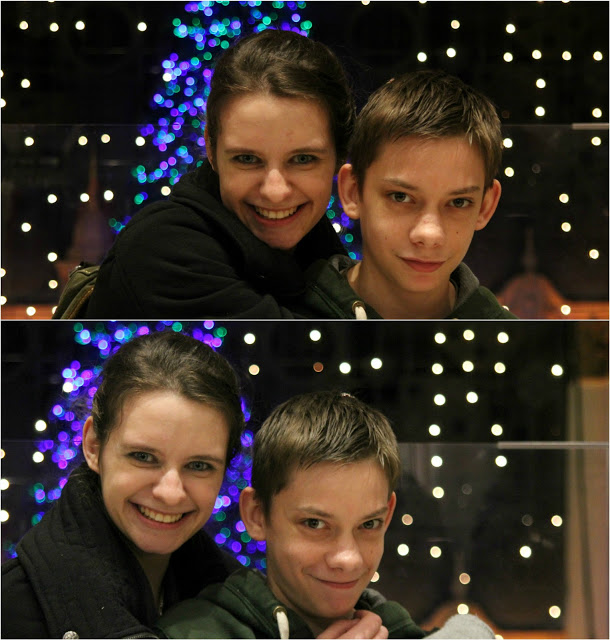 Abbey and Jared, as always, having fun. 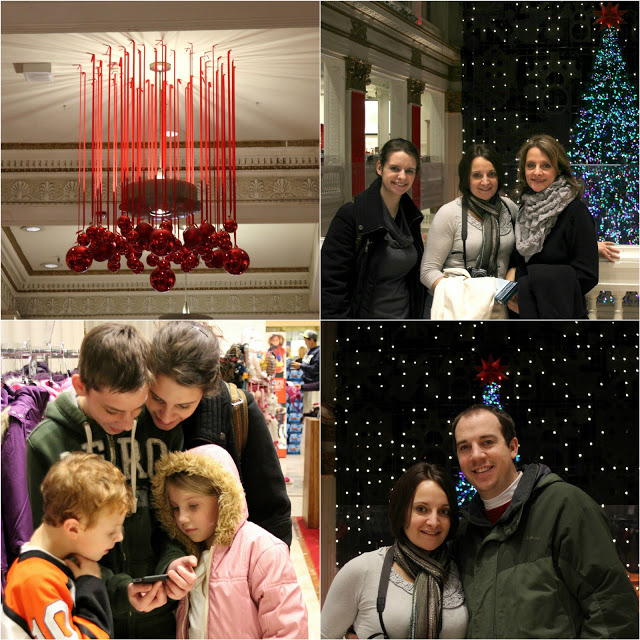 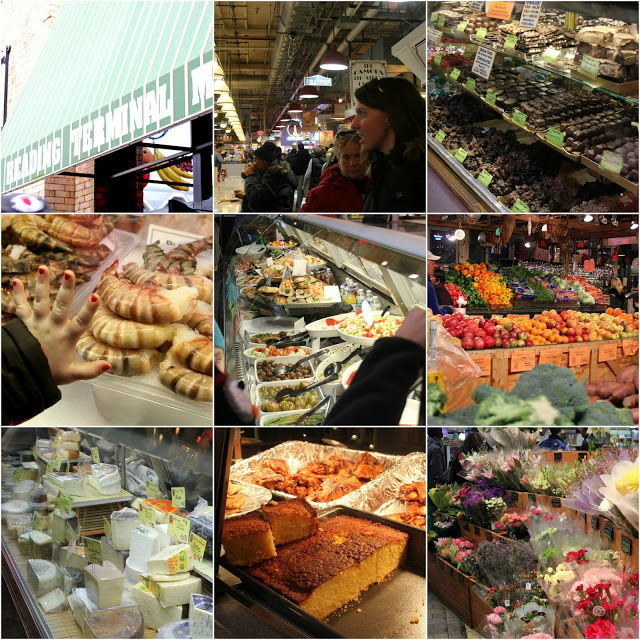 We walked to the Reading Terminal Market ~ an amazing place!
Notice the gigantic wild shrimp in the center-left photo!  They were bigger than the super jumbo and $26.99 a pound.
I had Shaela hold up her hand to try and show just how big these were.
The cold weather didn’t stop us from enjoying some ice-cream.
We shivered as we ate it but ice-cream is so worth it. 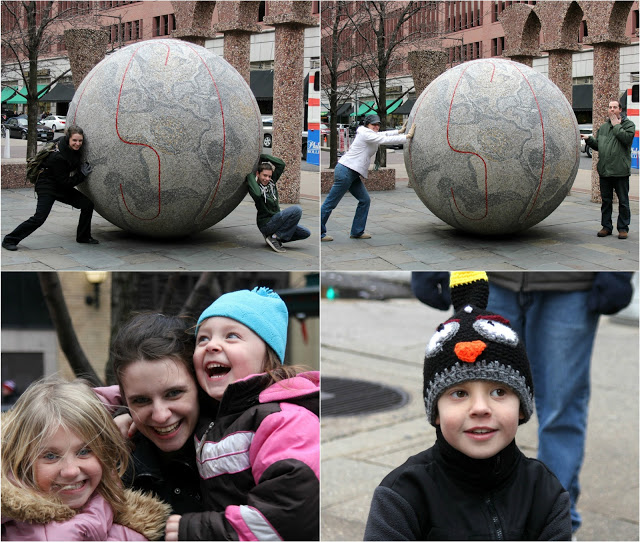 Lots of giggles along the way. 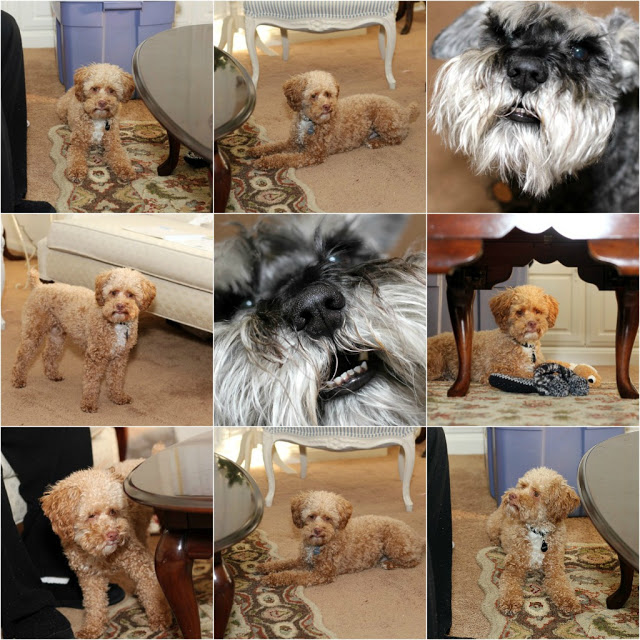 At home, Rudy had a blast instigating Raider. Raider complained and tattled on Rudy.
‘He’s bothering me!”