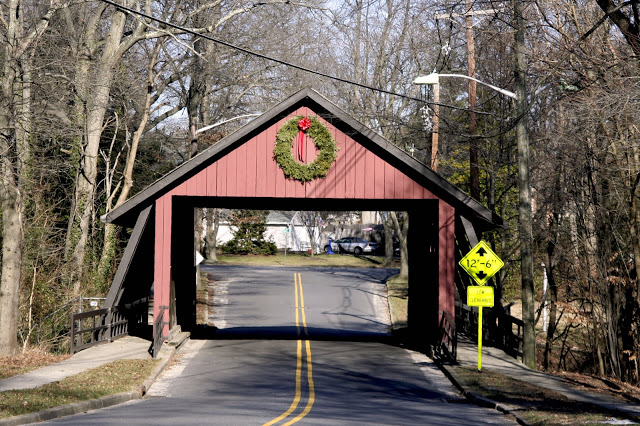 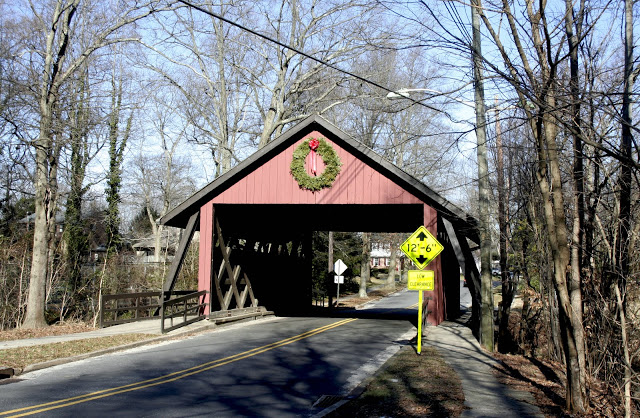 We took the opportunity this very cold but sunny day to drive by and take some pictures. 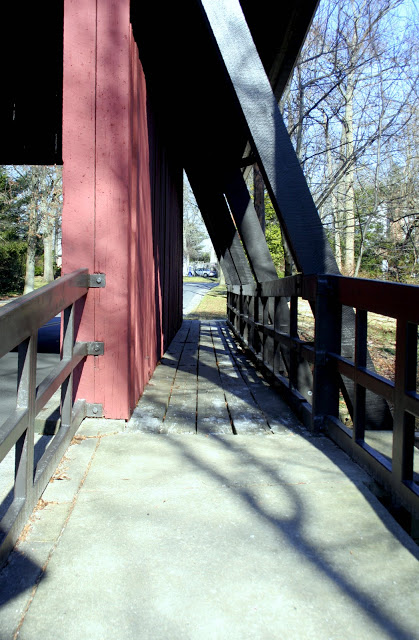 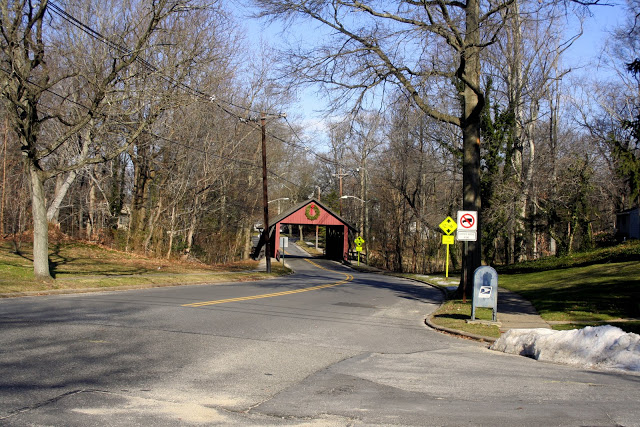 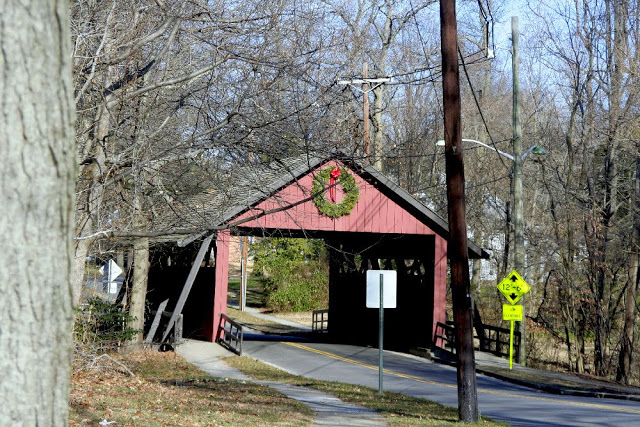 There is a small park on the northeast side of the bridge which spans the north fork of the Cooper River. 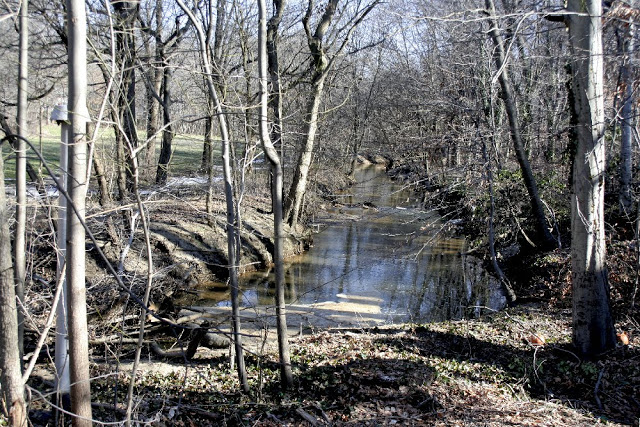 A few shots of the stream below the bridge. Though it doesn’t show, the water was moving rather briskly. 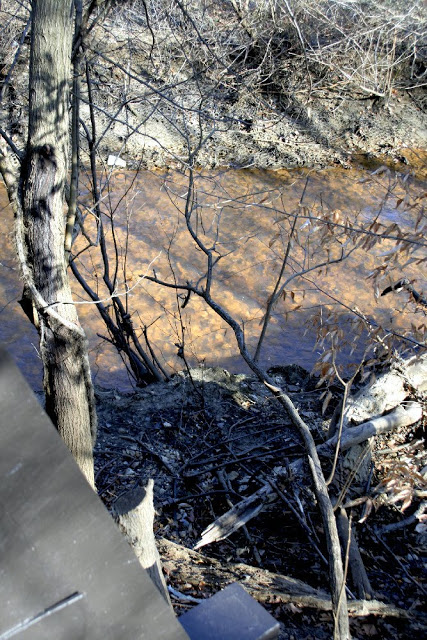 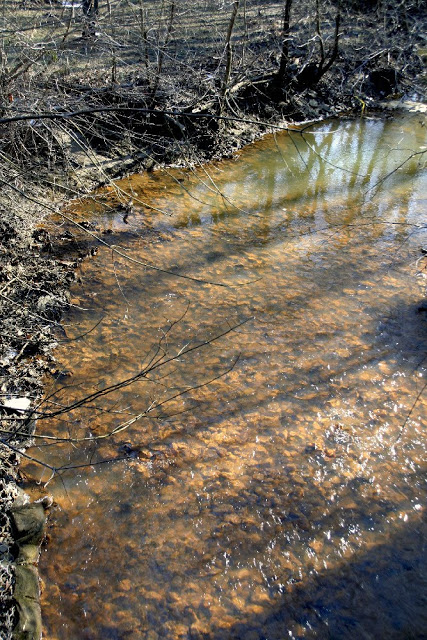 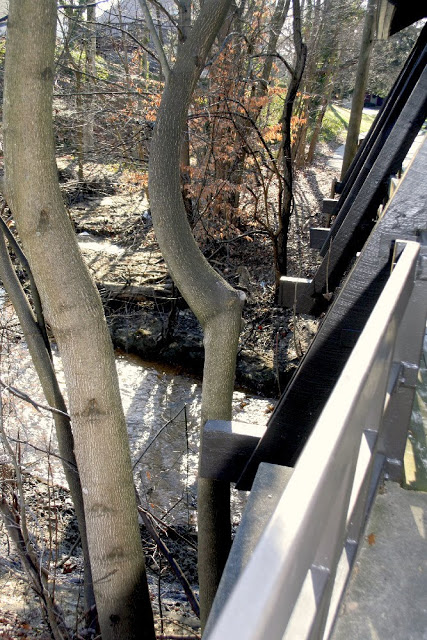 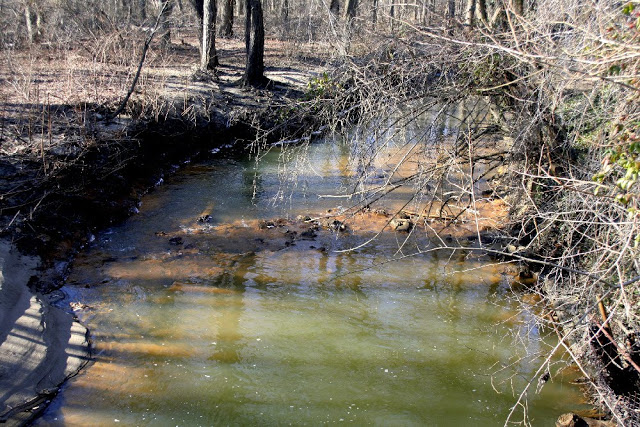 It was Wells’ idea to employ the Town truss as he wanted to copy or emulate the covered bridges he saw in Bucks County, PA. This bridge has an incomplete A-frame and diagonal braces over the pedestrian walkway. The bridge is 55 feet long and located in the middle of one of our oldest neighborhoods in Cherry Hill.

In 1959, Bob Scarborough was developing housing on the Barclay Farmstead, and wanted to extend the subdivision street system over the North Fork of Cooper River, a small creek at the site. A lover of the Bucks County Covered Bridges, Scarborough decided to have a covered bridge for the purpose, and commissioned architect Malcolm Wells to design the bridge. It was dedicated on Saturday, February 14th, 1959. The bridge was renovated in 1993 and rededicated on its 34th anniversary. 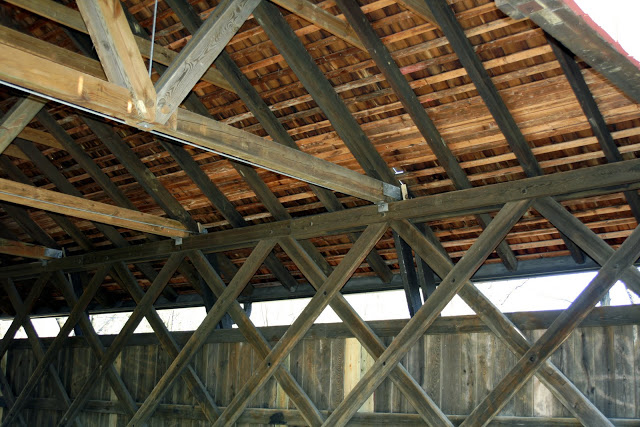 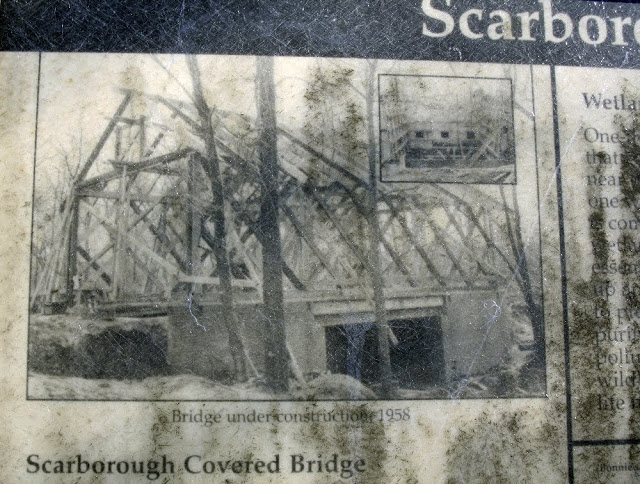 In need of a good scrubbing, this plaque pictured above, shows a newspaper article of the bridge under construction back in 1958. 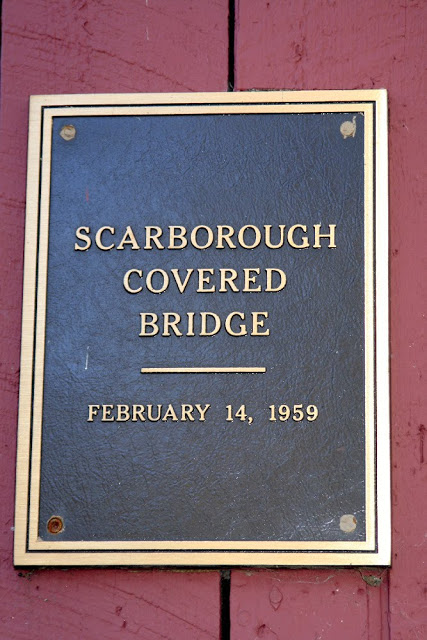 The bridge was dedicated on Valentine’s Day in 1959 as 101 couples kissed to mark the tradition of the Kissing or Friendship Bridge. 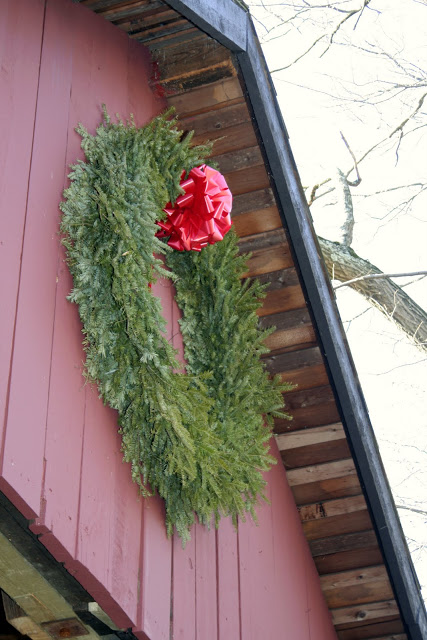 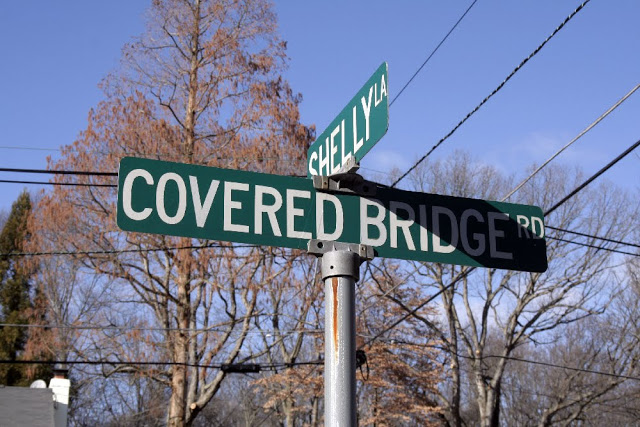 The Bridge Builder
Will Allen Dromgoole
An old man, going a lone highway,
Came, at the evening, cold and gray,
To a chasm, vast, and deep, and wide,
Through which was flowing a sullen tide.
The old man crossed in the twilight dim;
The sullen stream had no fears for him;
But he turned, when safe on the other side,
And built a bridge to span the tide.
“Old man,” said a fellow pilgrim, near,
“You are wasting strength with building here;
Your journey will end with the ending day;
You never again must pass this way;
You have crossed the chasm, deep and wide,
Why build you the bridge at the eventide?”
The builder lifted his old gray head:
“Good friend, in the path I have come,” he said,
“There followeth after me today
A youth, whose feet must pass this way.”
“This chasm, that has been naught to me,
To that fair-haired youth may a pitfall be.
He, too, must cross in the twilight dim;
Good friend, I am building the bridge for him.” 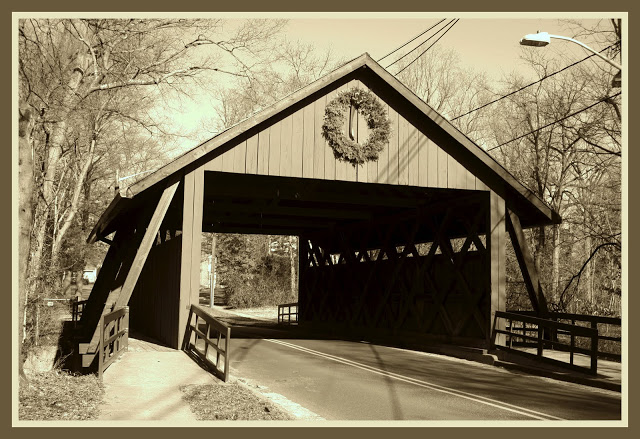