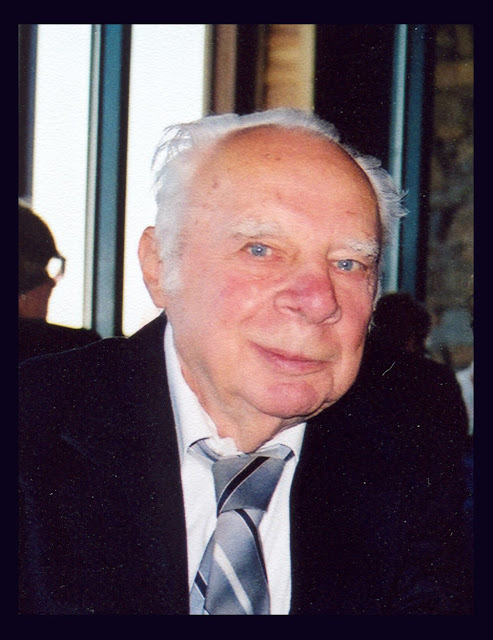 October 31, 1921 ~ May 15, 2006
My dad became a Christian shortly before he died 3 years ago. He was always polite when conversation about God came up, but would always say, “I had enough religion when I was a kid” and then slip away from the conversation.

In his last years, he had some short term memory loss that exhibited itself mainly by repeating stories about the past. He was also the picture of health, taking many walks every day. Unbeknownst to anyone, he had a heart attack one evening. As he prepared for bed, he turned to my mom as said “I want to get things right with God”. She asked him what he ment. He said he wanted to say a prayer… then recited the childhood poem, Now I Lay Me Down To Sleep and then The Lord’s Prayer.

Several days passed and he became very ill with what seemed like a bad bug. I took him to the doctors and he sent us to the emergency room. Testing there revealed that he had, indeed, suffered several heart attacks and that his prognosis wasn’t good ~ that perhaps he would not survive.

Well, there were many ups and downs for the next couple of weeks including a couple of surgeries. All of his children and most of his grandchildren were able to visit (the youngest one ~ my grandson just 2 weeks old). When the decision to enter the “do not resuscitate” phase became reality, we were given an incredible gift. He became alert and responsive ~ able to whisper and shake his head yes or no. He responded that he knew Jesus was his savior and that he would enter heaven.

My mom, sister, brother, my oldest daughter and myself took turns holding his hand through the long night while his nurse kept him free of pain. We watched his breathing become slower and shallower and then we watched as he entered eternity. My daughter gently closed his eyes as we all sat together and wept quietly.

Our pastor had visited a few days earlier and I spoke about my thoughts on my dad’s conversion. The “Now I Lay Me Down To Sleep” prayer was touching and sweet… but it wasn’t exactly the sinners prayer. He reminded me about the two thieves on either side of the Cross. One turned to Jesus as said, “remember me”. Our pastor explained that this man didn’t grasp all the theology and right words, but that he recognized his need and he recognized who Jesus was. That Jesus was the Way.
My dad was coming with child-like faith.
It was assurance enough for me. 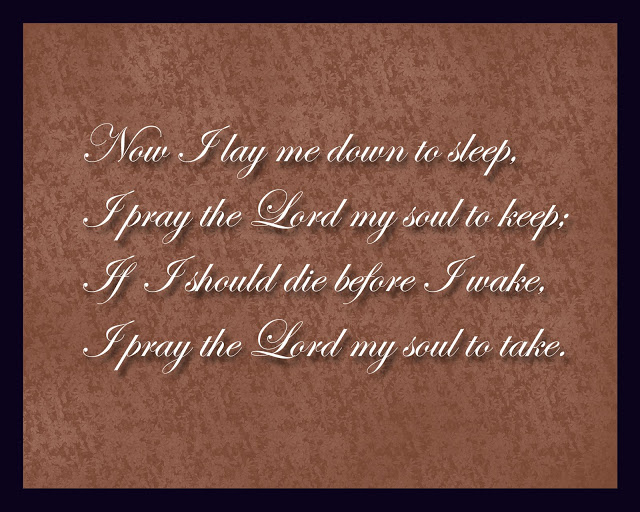 He called a little child and had him stand among them. And he said: “I tell you the truth, unless you change and become like little children, you will never enter the kingdom of heaven.”
Matthew 18:2 – 3