It was such fun preparing this post and seeing again the pictures of the kids growing up.
The expressions on their little faces
made me laugh at times gone by. I guess my mom bought this pattern for someone else because the 1953 date is before I was born. Though I don’t have a picture, I wore the pink bunny costume she made from this pattern when I was a baby. 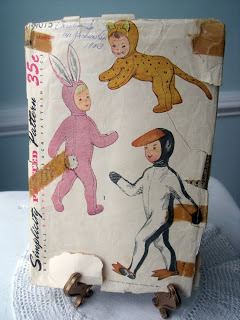 Here is the same costume on one of my babies back in 1981.
I crocheted a new headpiece and carrots but the outfit is the same one.
The brown mouse was one that I made.
Looks like these little ones were getting sleepy!

Abbey in 1992
Why are whiskers on babies so cute? 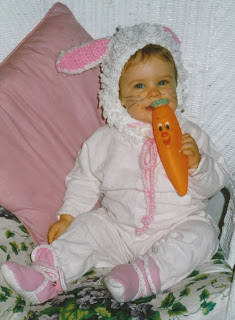 A vintage clown pattern, also from 1953. 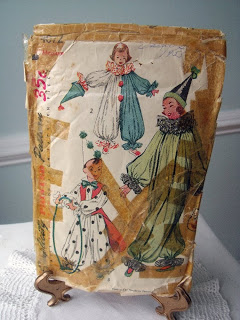 Could Jamie possibly had more fun being a clown???
Erin and Abbey wearing the costume too. 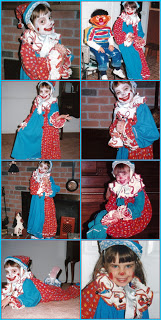 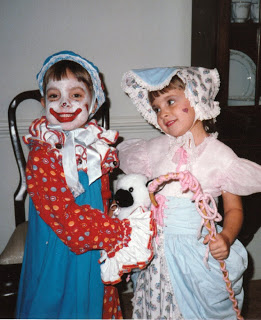 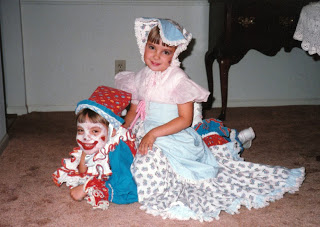 The evening always ended at Pop-Pop’s house to celebrate his birthday.
He loved that his birthday was on Halloween.
He got such a kick seeing his children and grandchildren all dressed up in costumes. 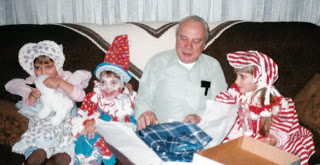 To make these Bumble Bee costumes, I remember dying white thermal underwear with Ritz Dye in a large pot on the stove… If that didn’t look like a witches brew!

These chubby little bees made me laugh the most…
Do you think we stuffed them enough!?!
🙂 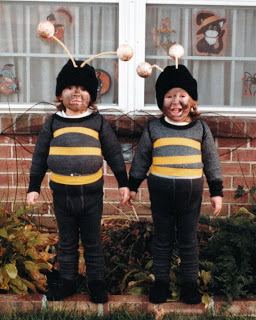 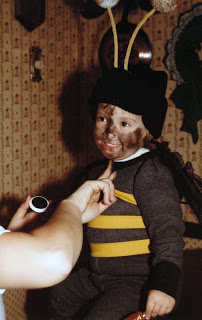 Abbeys turn to be a bee. 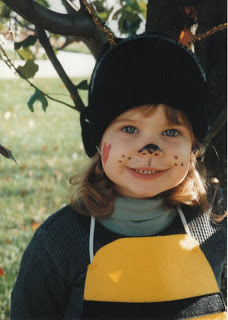 This was my ambitious year…
Popeye (notice the arm muscles made from ace bandages) & his spinach can,
Olive Oyl and Sweet Pea,
Wimpy and his hamburger. (gotta love the eyebrows and mustache!) 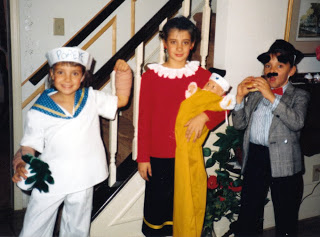 This was the year we improvised and pulled stuff out of the dress-up box. 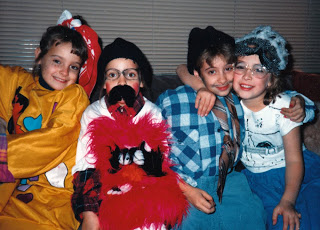 Having fun with sweet friends Amy (are you reading this Amy?) and Aria (who now lives in heaven). 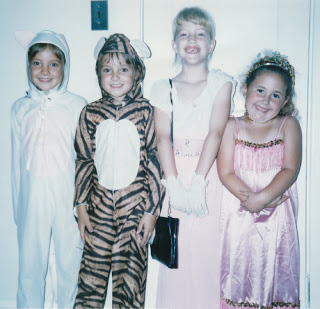 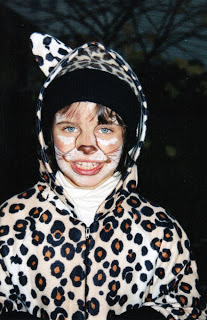 Always room for (a little) birthday cake even after all that candy! 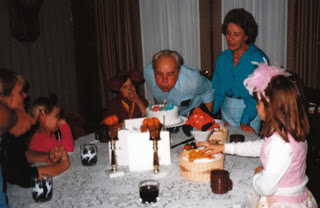 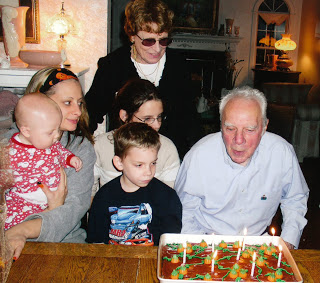 What we would do just because a grandchild asks…
even go to his school looking like this! 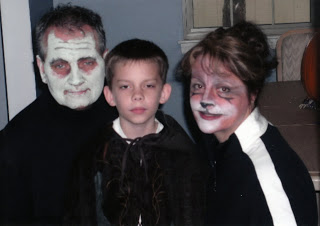