When we were expecting our twin daughters, John’s aunt gave us a highchair that had been in the family for many years.  We think the highchair is from the early 1900’s and was used by John’s dad who was born in 1918. 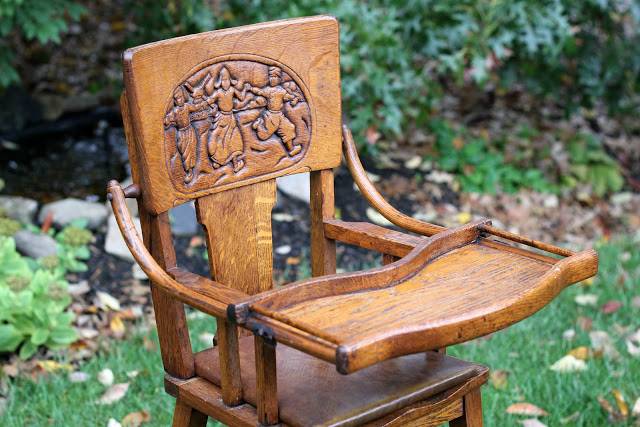 I was never able to find another highchair like this one with the beautiful carved Dutch children and tiger oak wood, nor was I able to learn anything more about it. 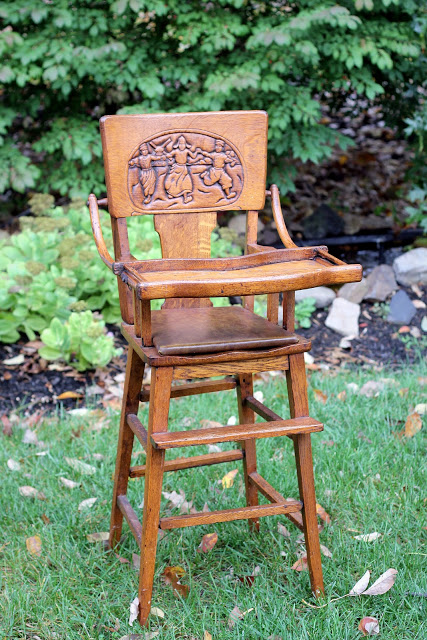 Originally it had a cane seat but was in need of repair when we received it.
We simply cut a piece of wood and padded and covered it to make it usable for our little ones. 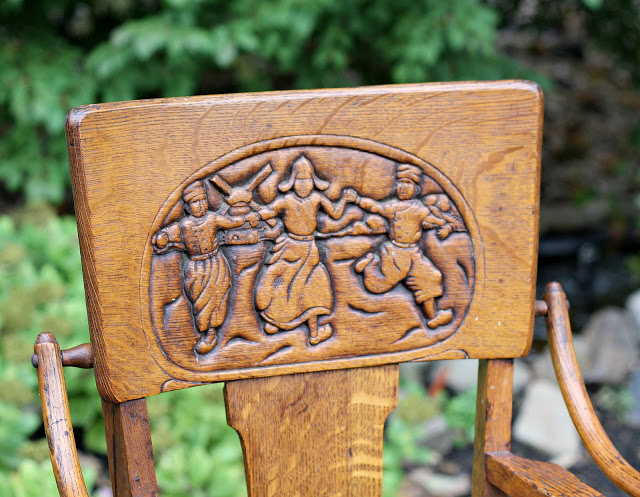 John doesn’t remember if the highchair was brought out for use when he and his brother were little and visiting Aunt Marie and Uncle Harmie but it did see its share of use when Jill and Jamie were babies. 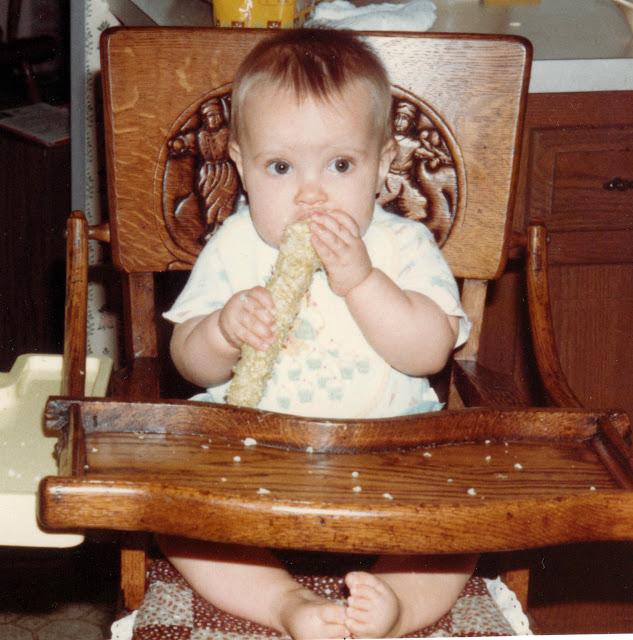 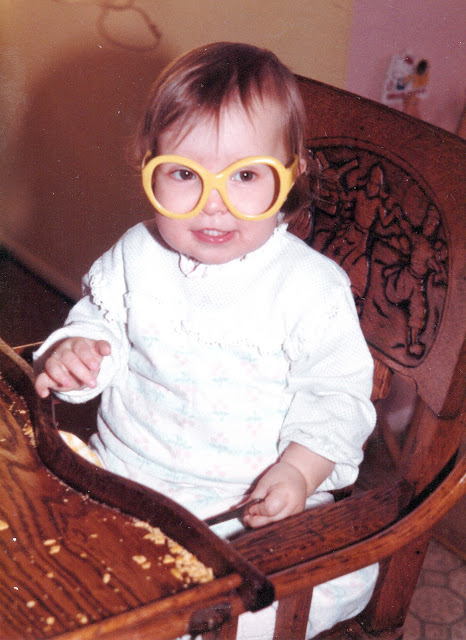 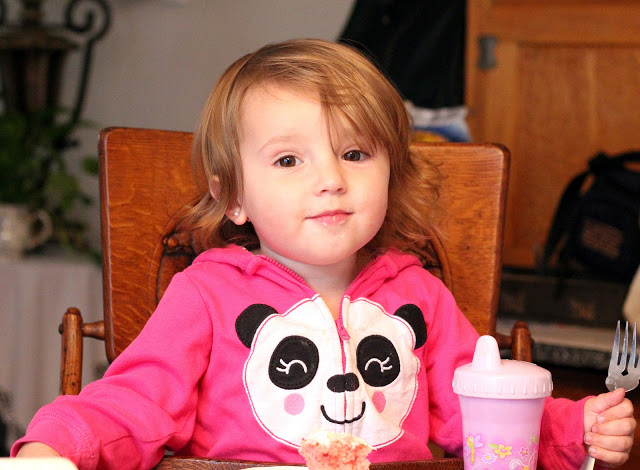 Baby Cambrie sitting in a chair that was once used by her
Great-Grandfather
~*~
Joining Cindy @My Romantic Home for Show & Tell Friday!
Angie’s Knick of Time Tuesday