My beloved had a birthday in January. Wanting to celebrate, get together with family and a few friends and looking for a time of laughter and fun, I decided to throw a party. A party with a Mustache theme. A Mustache Bash Birthday party. There is tons of inspiration and ideas packed into this post!
There are affiliate links in this post. That means if you buy something from that link, I will earn a small commission, but it won’t cost you anything additional.
Even with a week of fighting a cold and sinus infection with nasty headache plus a snow storm the morning of the party, we were all able to gather for a good time.
After all the planning and preparation, I had a small twang of worry that the evening might be considered silly and dumb.
But, as you can see in the photos, everyone got into it and it was a blast! 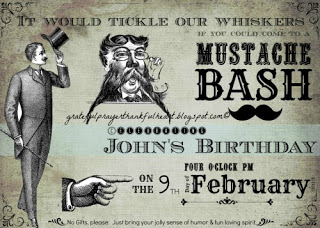 This is the invitation. Easy to make using PicMonkey. After saving the image I uploaded it to an online photo center and ordered prints. 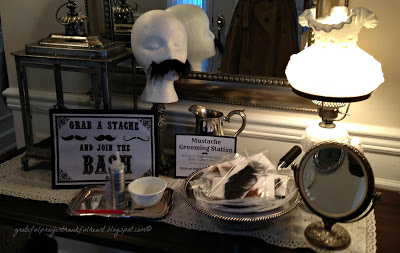 As guests arrived, they were able to choose and apply a mustache from the “Grooming Station” in the foyer. I followed a Martha Stewart video to make the various mustaches from fake fur and used fake eyelash adhesive to attach them directly above the upper lip. 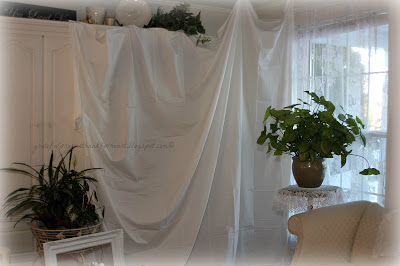 In the living room, a photo booth was set up to capture those dashing faces.
I used thumbtacks to drape a sheet for the background and supplied a large white frame and smaller gold frame as well as props on-a-stick (link to patterns).
The Photo Booth Sign is from  Pinterest.
I had my camera on a tripod that made picture-taking a little easier. 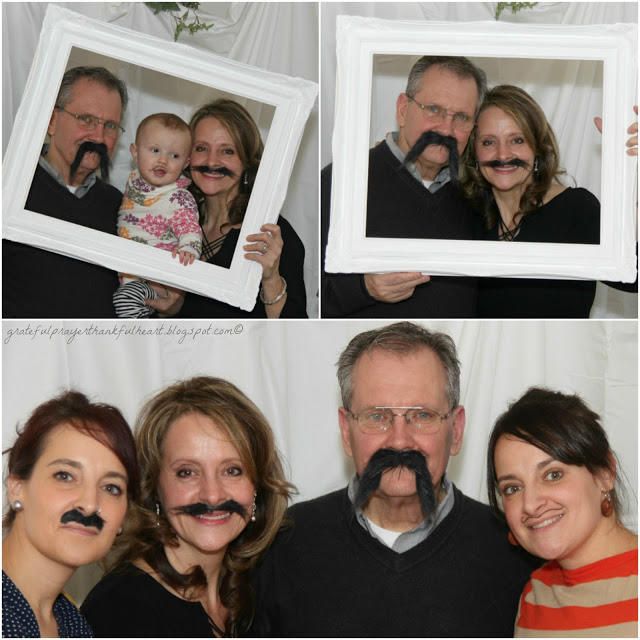 Jill (far right) totally surprised us by coming down Thursday night from New York with her youngest daughter, Shaela, which made us all very happy! 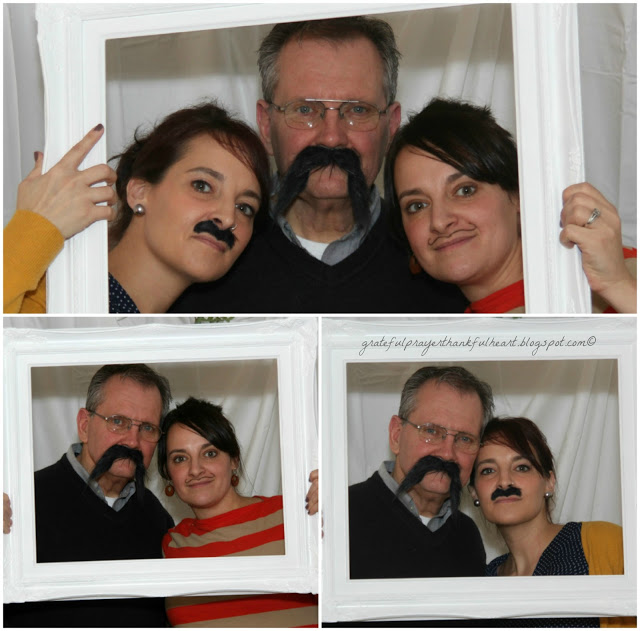 John with Jamie and Jill 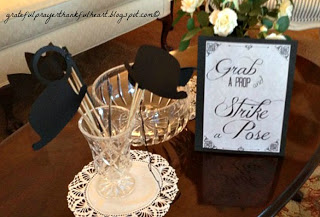 Following patterns found here, I made photo props for the photo booth. 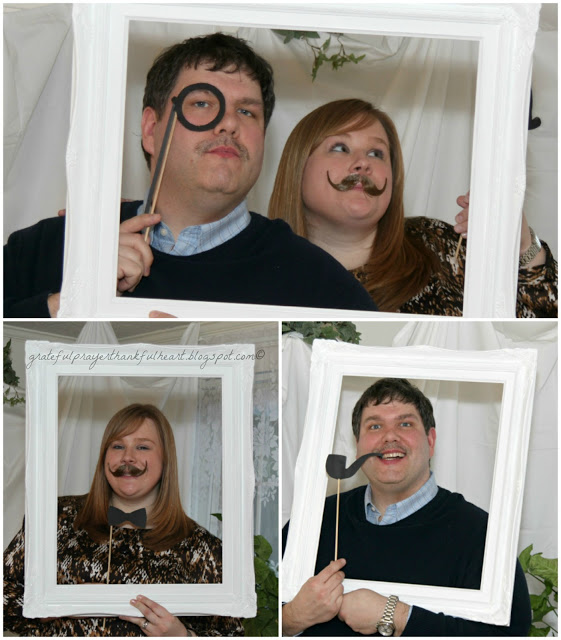 My adorable niece and nephew-in-law found their favorite props. 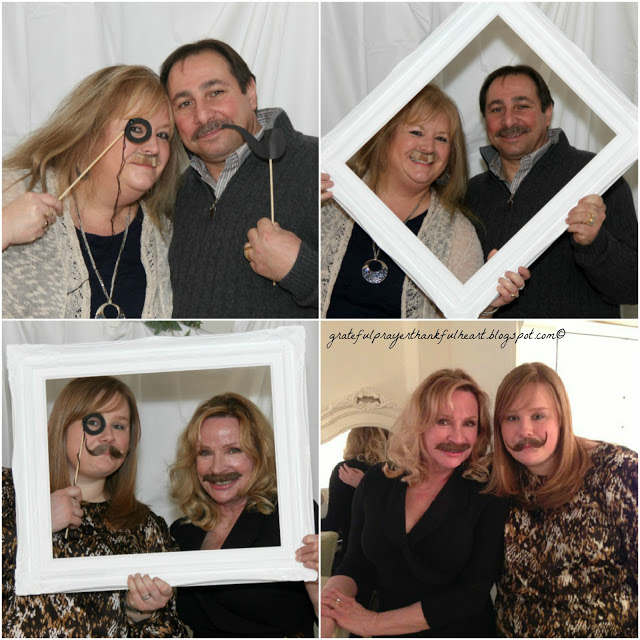 Dear cousins Karen and John, Toni and her mom, my sister totally got into the silliness of the party. 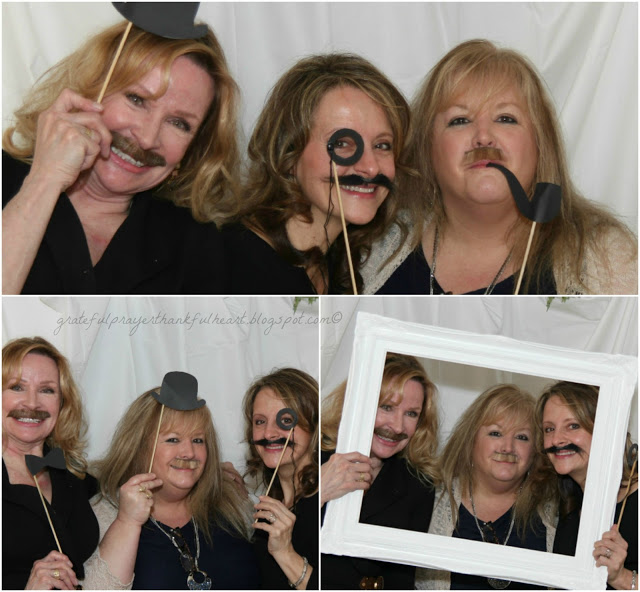 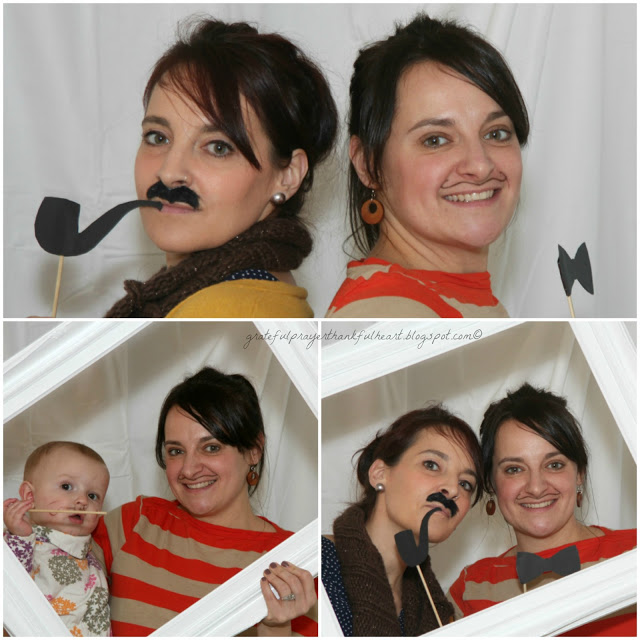 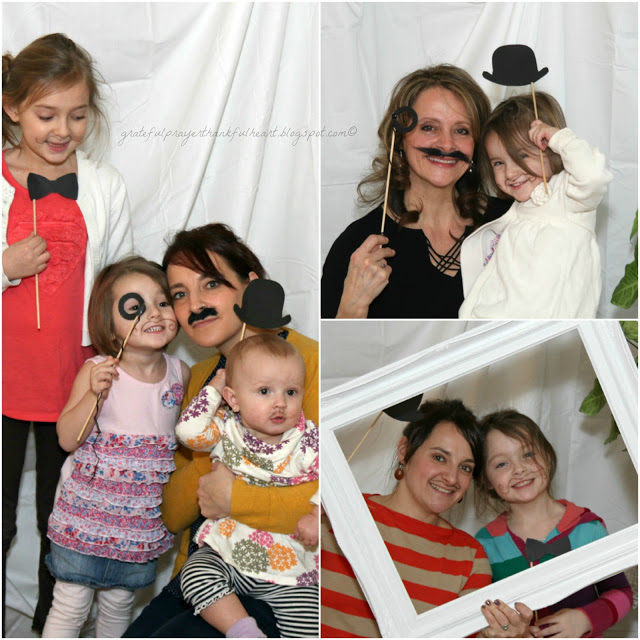 The little ones played mostly upstairs but they just couldn’t resist joining in while donning their penciled-on staches. 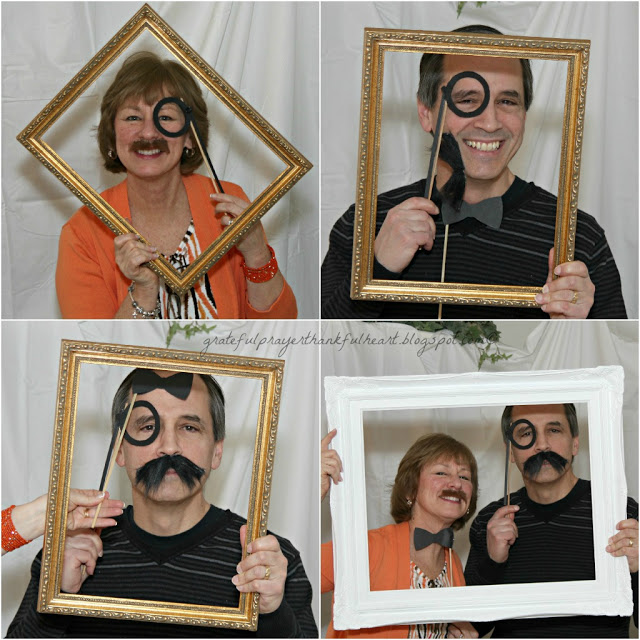 This sweet couple are our next-door neighbors for the past 28 years. 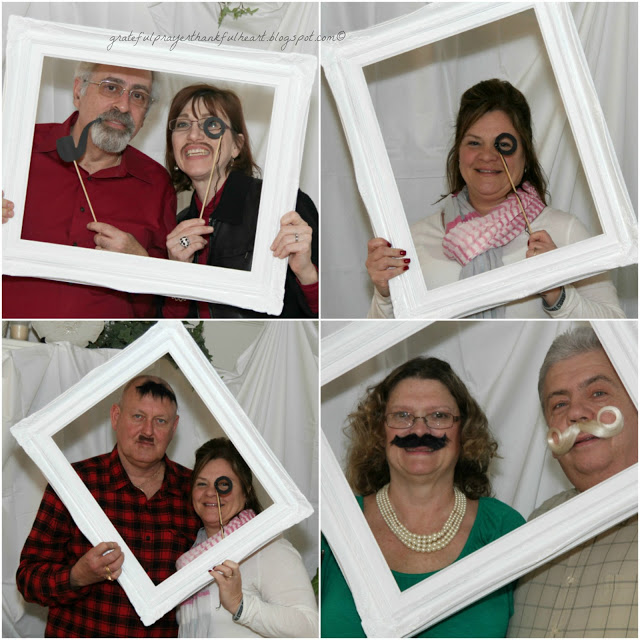 More longtime friends and John’s brother (in red flannel)
There were a couple others, but I didn’t have permission to share photos of them wearing their mustaches 😉 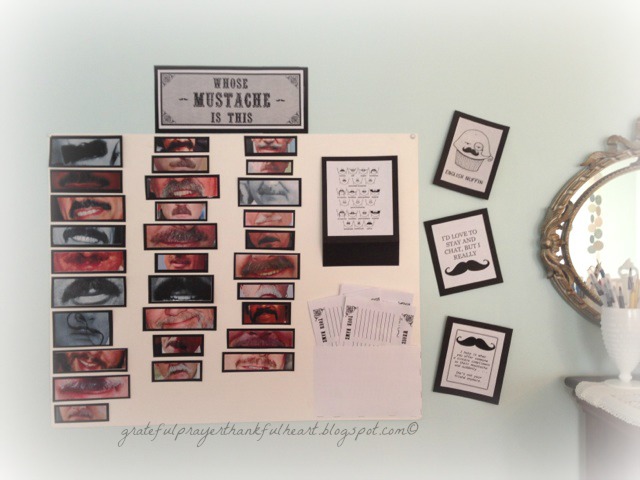 I made a guessing game of famous mustache-sporting celebrities and included our mustache-wearing guests in the game as well.  One (unmentioned) guest didn’t even recognize his own mustache 😉
The game that I thought would get the least participation was actually the one that almost everyone played.
How about some wiggling, twisting, jumping and shaking with a box of ping pong balls on your rump?!?
Junk in the Trunk
(instructional video) was very exciting… and the blur you see in the photos…
that’s what it took to get those little ping pong balls out and win the game
(even though I shaved 1/4″ off the opening of the box).
We played with groups of four and there was some real competition happening when I mentioned prizes! 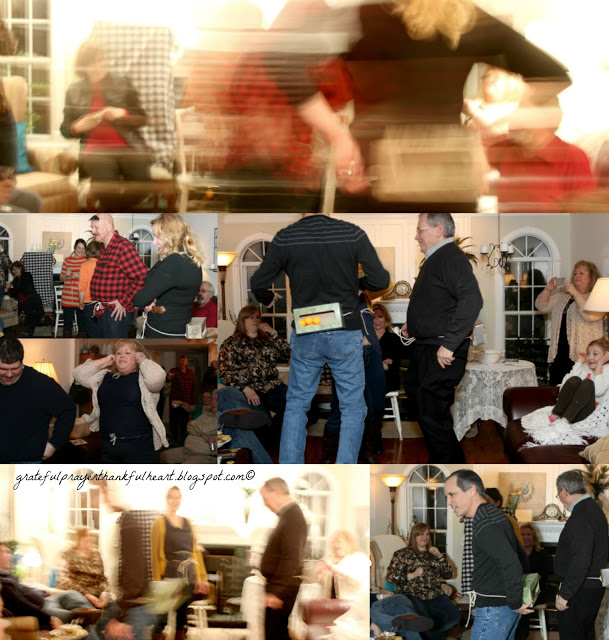 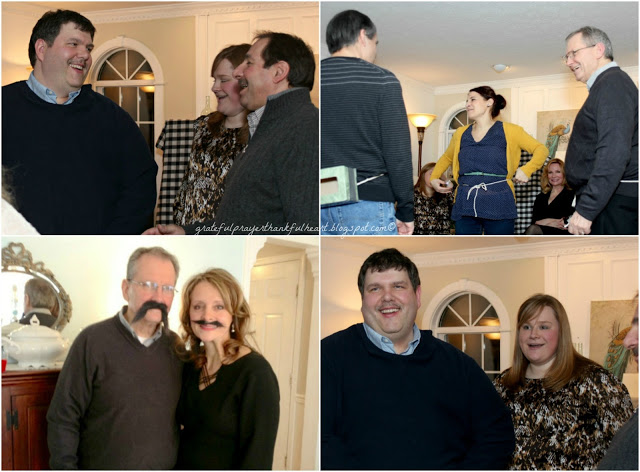 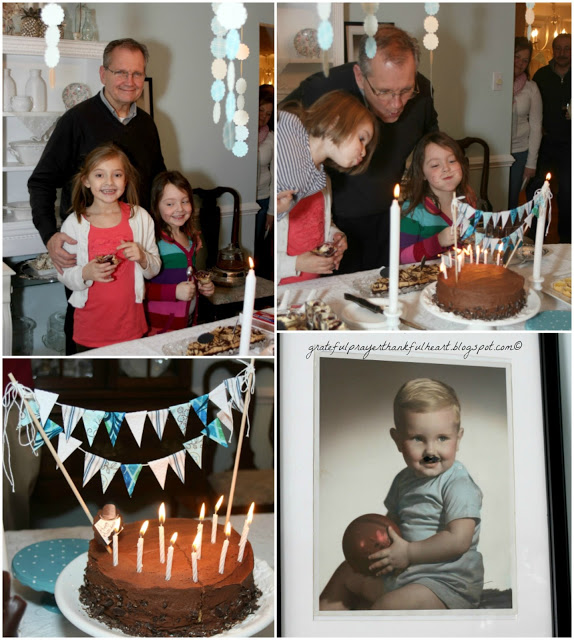 Happy Birthday chorus to Our Guy! 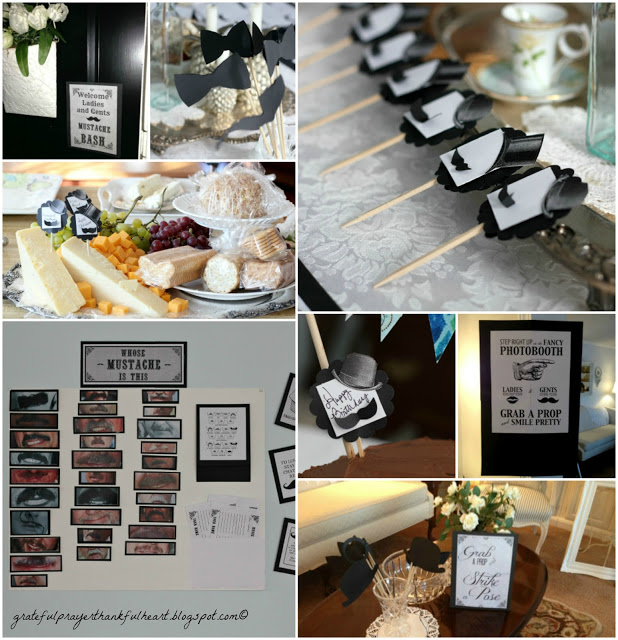 The party picks were inspired by this talented lady.  I found the derby graphic from Graphics Fairy
.

I made a Pin-the-Mustache-on-JOHN game by editing a photo in Photoshop and cutting paper mustaches and applying a dab of Scotch double sided adhesive roller. To make it large enough, I printed the top half and then the bottom half and taped them together onto black card stock.
We ran out of time at the party for this but the kids thought it was great fun and I think the adults would had as well. 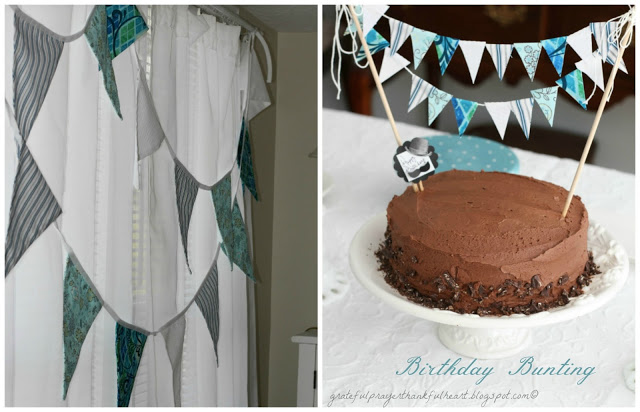 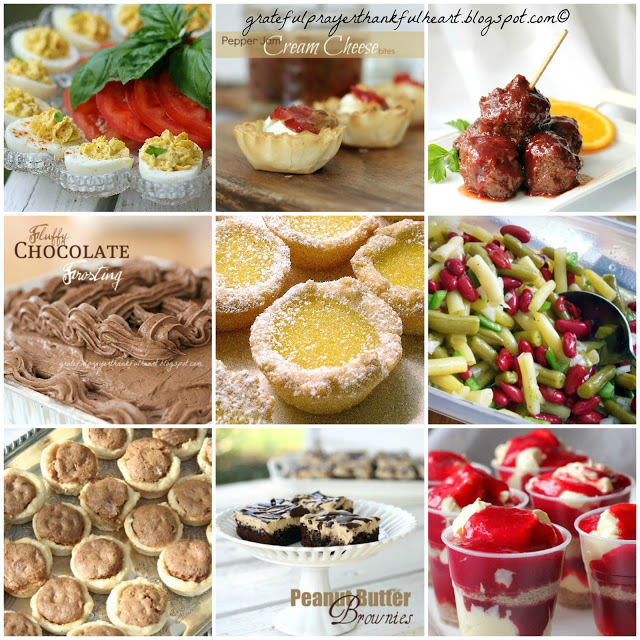 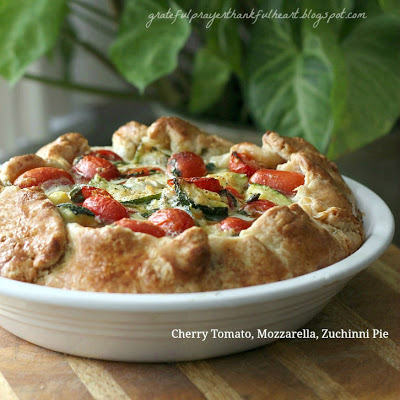 ~*~
Planning on hosting your own
~MUSTACHE BASH~
party?  Feel free to use these printable’s I made for mine ~ just click on image and save to your computer then print.  I printed on computer paper and attached to black poster board with a glue stick. 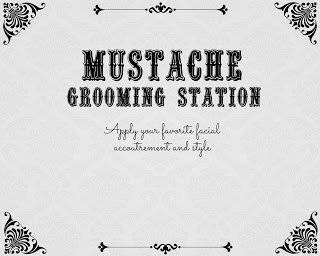 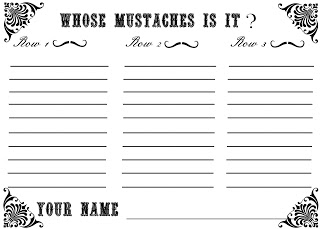 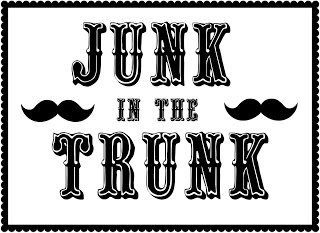 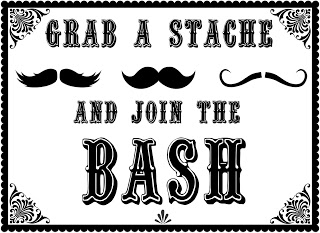 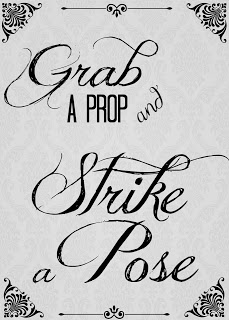 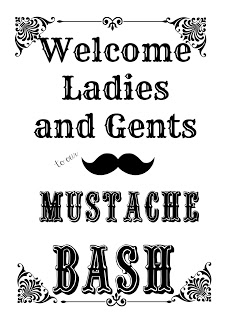 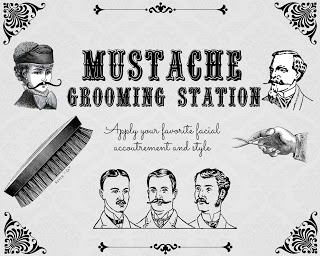 (many graphics from the Graphics Fairy)

If you find you are running out of time and energy, fun Mustache Bash items are available on Amazon.

There are affiliate links in this post. That means if you buy something from that link, I
will earn a small commission, but it won’t cost you anything additional.