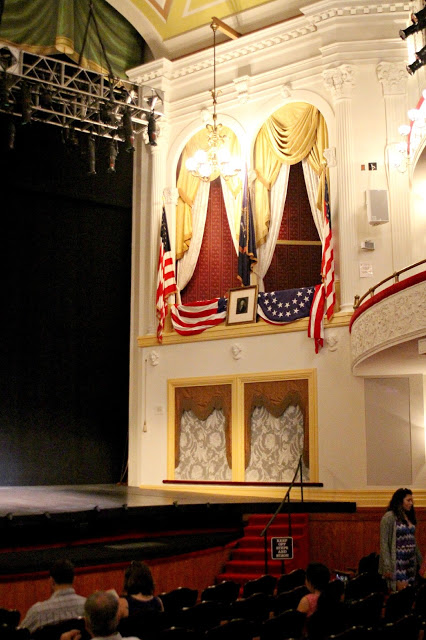 The historical Ford’s Theatre, located on 10th Street between E and F Streets, in Washington, DC was the site of President Abraham Lincoln’s assassination on April 14, 1865. Though the building has been completely restored to its 1865 appearance, visiting is quite a moving experience. 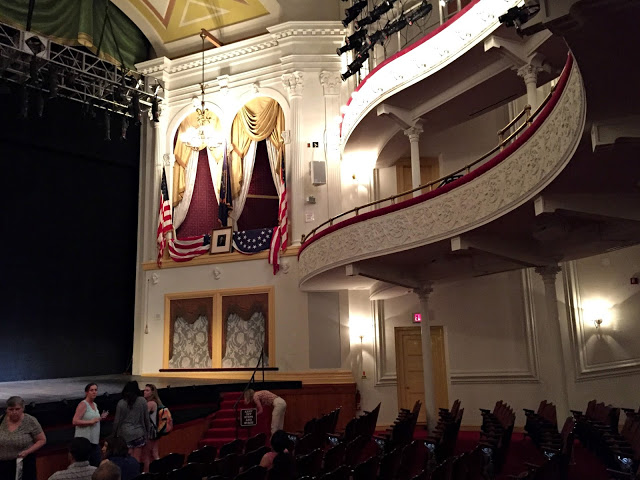 The President often visited Ford’s Theatre, to relax and enjoy his love of the theater. The building was formerly a Baptist church and had been turned into a theater in late 1861, remodeled, suffered considerable fire damage in December 1862 and then refurbished by owner John T. Ford. Source
Lincoln was shot while attending a performance of the comedy, Our American Cousin at Ford’s Theatre accompanied by his wife, Marty Todd Lincoln, Major Henry Rathbone and Rathbone’s fiance, Clara Harris. They were late, but the play, Our American Cousin, was interrupted when they entered the presidential box so the band could play “Hail to the Chief” and the audience could deliver a standing ovation to the couple.
In 1893 the interior of the building collapsed, destroying all traces of the infamous theatre; all that was left standing was the front facade. The photos that  Matthew Brady took of the crime scene in 1865 were invaluable as a reference for those working to restore Ford’s Theatre to its original condition in the mid-1960s. Source 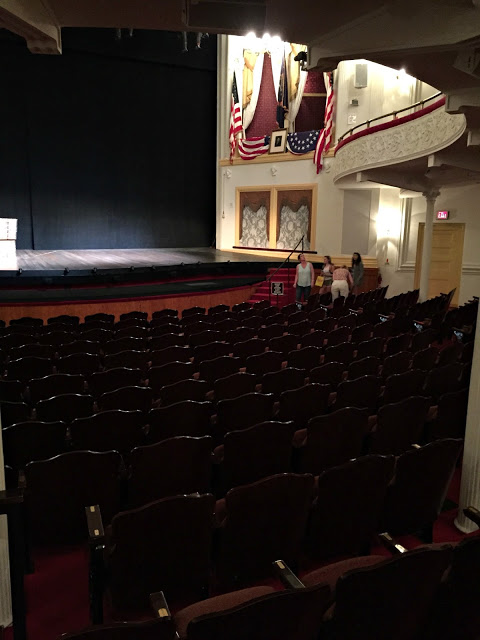 The President was seated in a rocking chair, holding hands with his wife.  Actor and Confederate sympathizer, John Wilkes Booth unloaded a single shot from his derringer into the back of the President’s head, cut Major Rathbone with a hunting knife when he tried to interfere and then himself jumped to the stage, approximately 12 feet. Booth caught his spur on the American flag in front of the box and injured his leg as he hit the stage floor. Yelling “Sic temper tyrannis,” he limped off stage to the rear of the theater where an employee held the reins of Booth’s horse. Source
Virtually no one inside the theatre actually witnessed the shooting except one recorded eye-witness account. An individual by the name of Fergusen stated that he did notice a flash inside the box and that at that instant, Lincoln’s head was leaning slightly forward and turned somewhat to his left.
Booth timed his shot just as the actor left on the stage delivered a comedic line so the audiences laughter arose, muffling the sound of his gun.
The bullet entered behind his left ear of President Lincoln, traveled through the brain, and lodged behind his right eye. 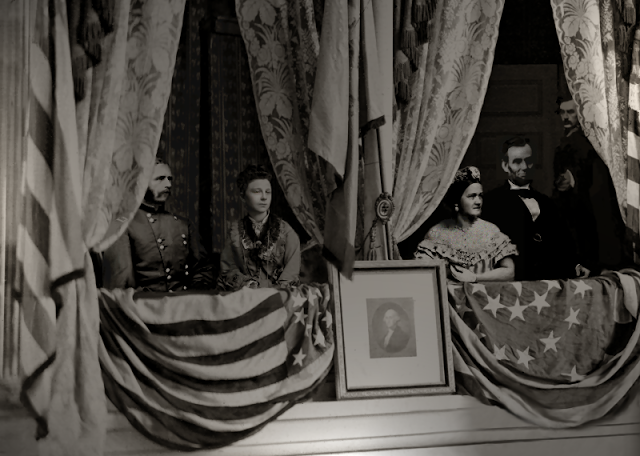 A panorama of the Ford’s Theatre.
Approximately 1,700 people were in attendance on the night of the assassination. 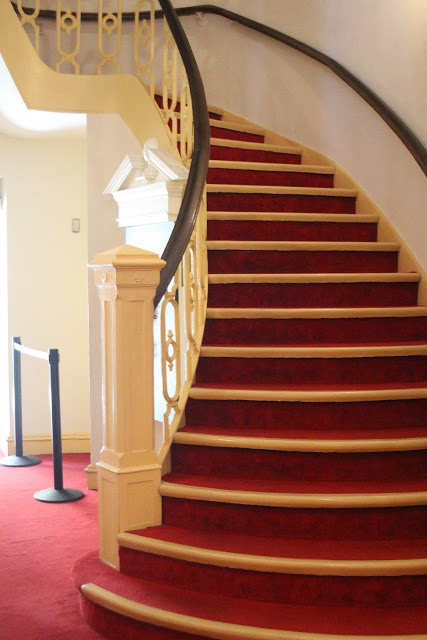 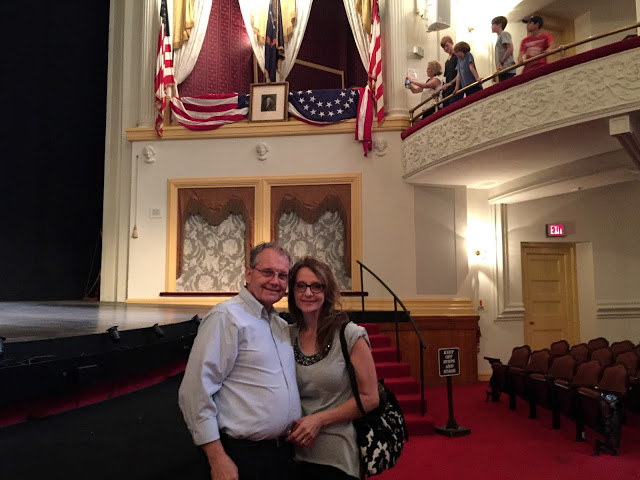 Just before we watched the One Destiny play performed here, we visited the Petersen House, located across the street form the theatre, where the President’s dying body was transferred and attended.
We also toured the Museum located in the basement of the theatre.
Sharing those posts next!